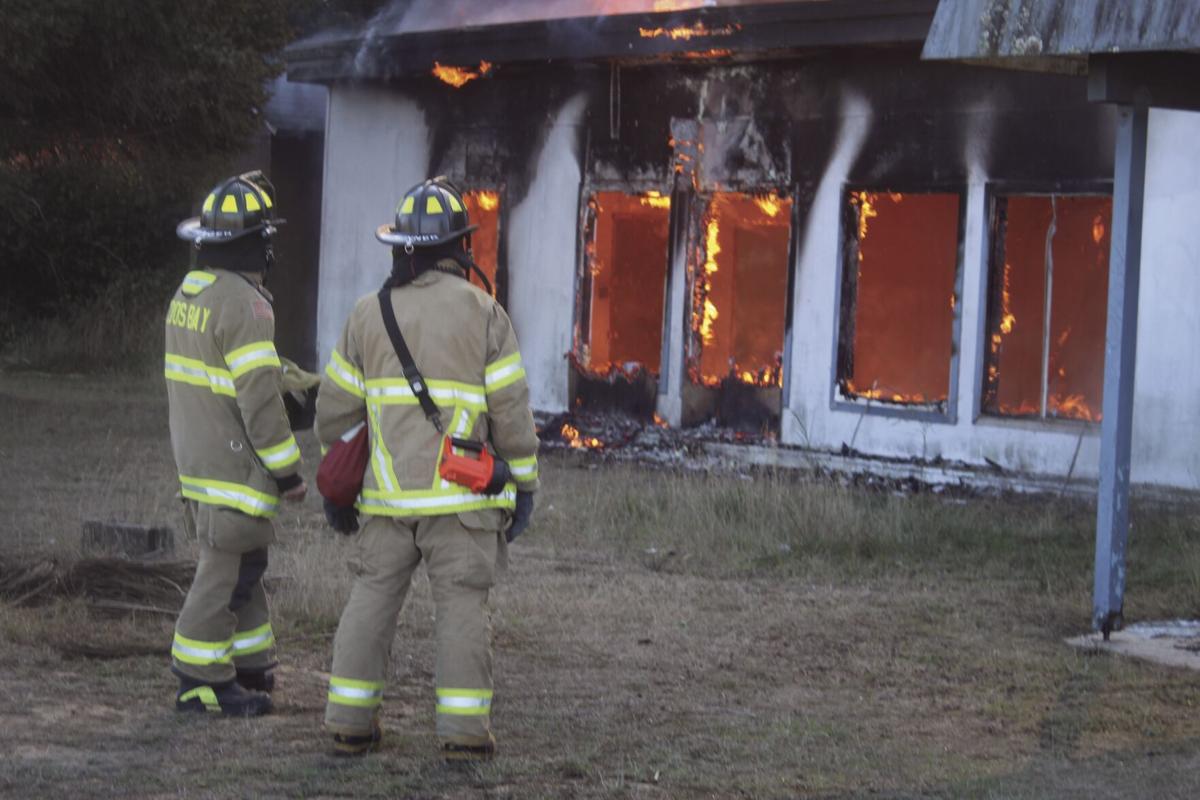 Firefighters with the Coos Bay Fire Department watch as a building on Madison Street burns during a training exercise. 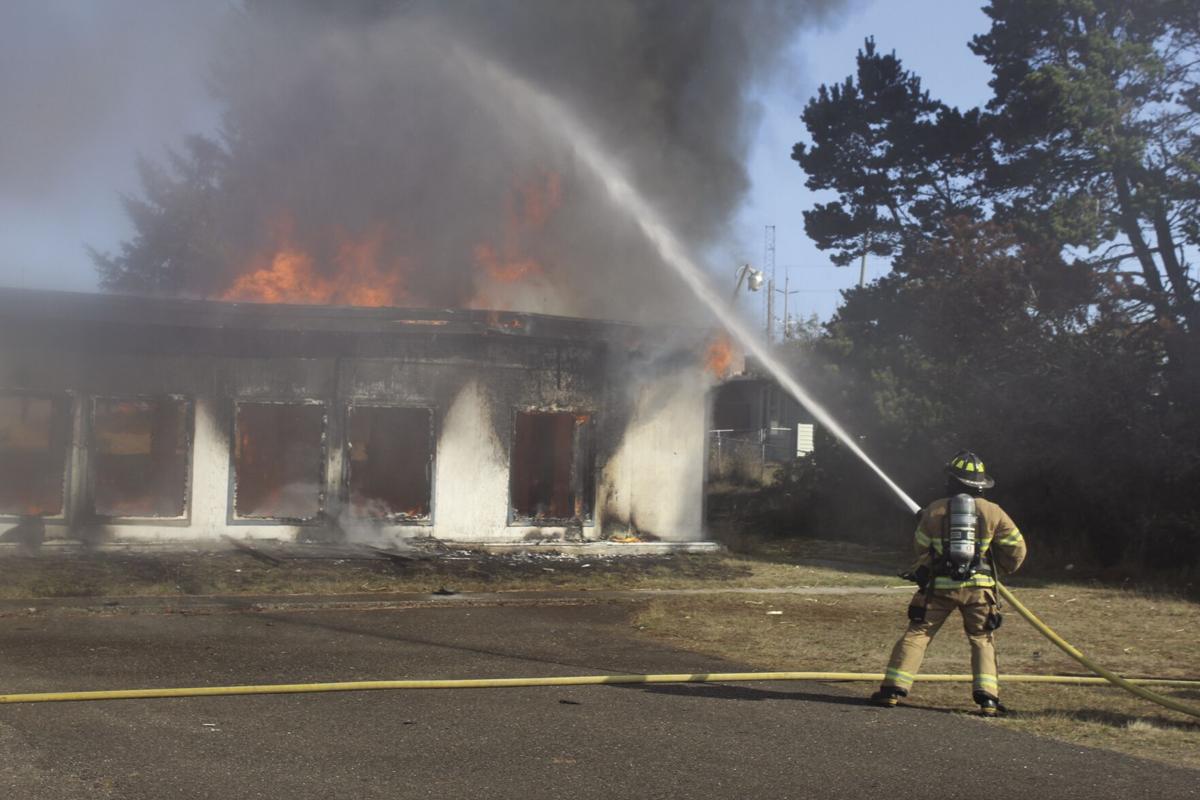 A Coos Bay firefighter keeps a stream of water on a blaze to keep it under control. 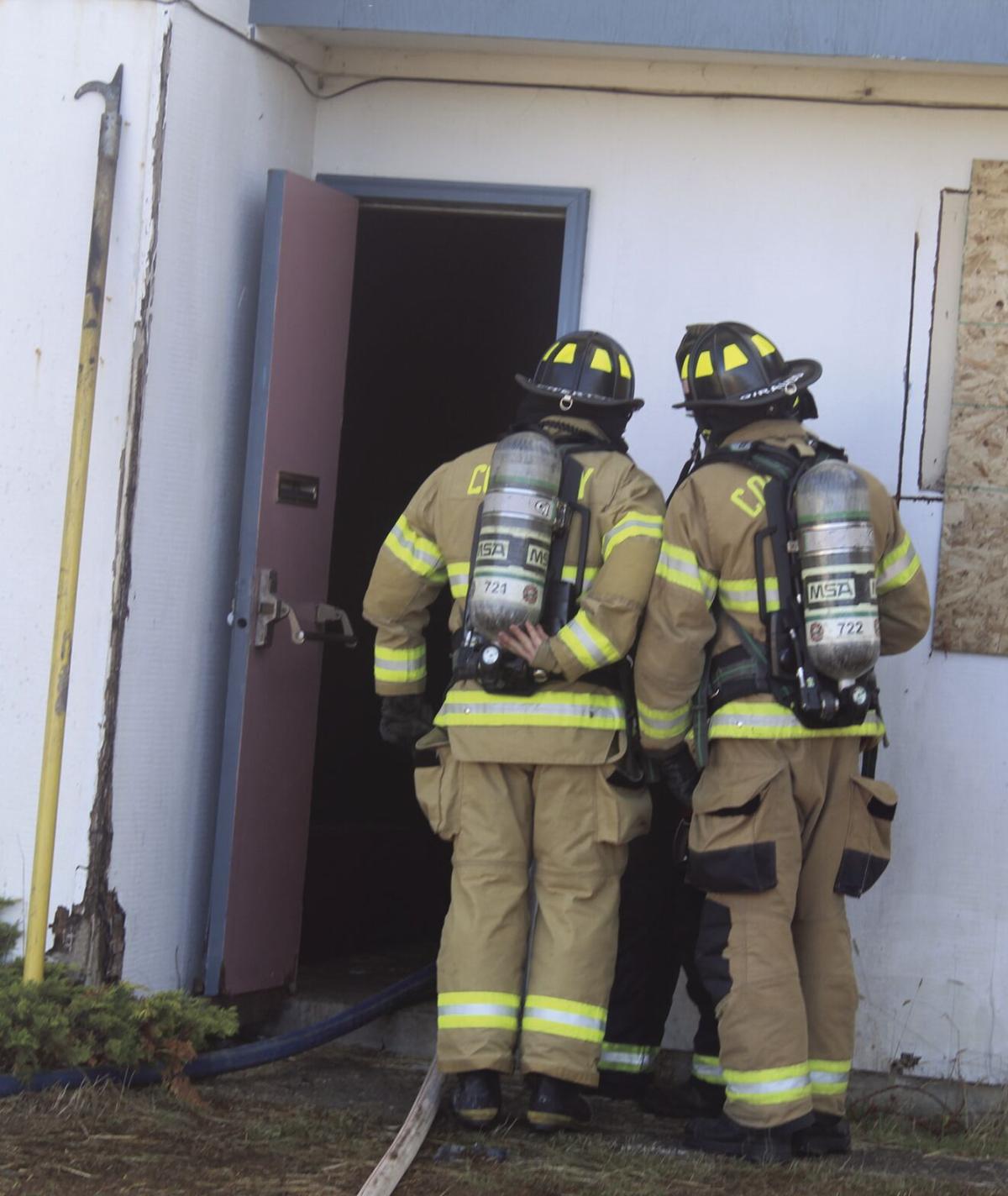 Coos Bay firefighters watch as a fire burns inside a building on Madison Street. 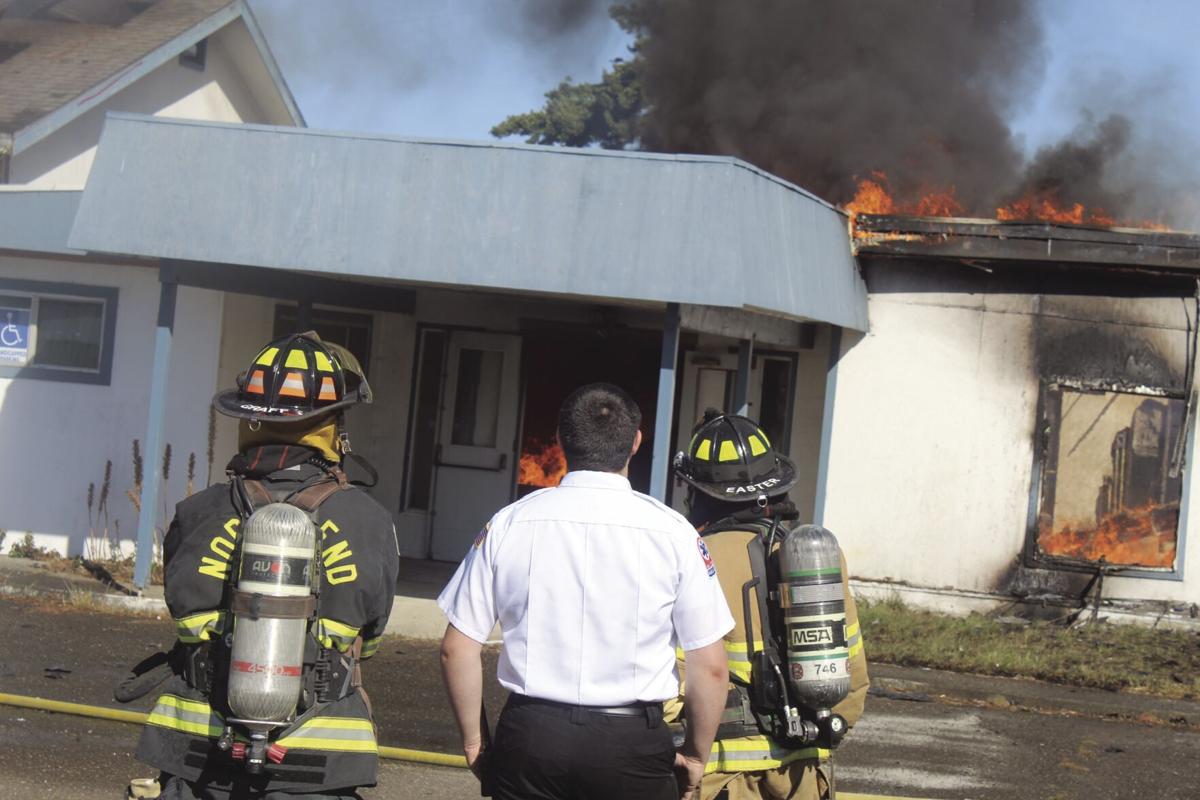 Firefighters from North Bend and Coos Bay watch as the fire burns.

Firefighters with the Coos Bay Fire Department watch as a building on Madison Street burns during a training exercise.

A Coos Bay firefighter keeps a stream of water on a blaze to keep it under control.

Coos Bay firefighters watch as a fire burns inside a building on Madison Street.

Firefighters from North Bend and Coos Bay watch as the fire burns.

A massive fire broke out Saturday morning at an old church on Madison Street, but this time there was no panic, no rush from responding firefighters and no push to move away throngs of people who came to watch.

The fire destroyed the old church building, but that was the plan all along. The building was recently purchased by the Coos Bay School District, and the district donated the building to be burned as a training tool for local firefighters.

Coos Bay Battalion Chief Jeff Adkins said having the opportunity to burn the building was a valuable training tool for the department. With more than 90 percent of all calls related to medical issues, firefighters rarely see actual fires.

"It is huge," Adkins said. "We can do all kinds of training simulations. To actually see it is a big difference and to actually feel it, feel that heat."

Adkins said both the Coos Bay and North Bend fire departments work closely with Southwestern Oregon Community College to train and use young firefighters. As part of the SWOCC program, the firefighters in training volunteer with local fire departments during the final year of schooling.

While the young men and women are getting ready to be firefighters and most work full time at the departments, the reality is they have little experience in dealing with fires. Having the opportunity to train with real fires is extremely beneficial, Adkins said.

"When you get into a smoke environment, you can't tell which way is up," Adkins said. "To actually be able to see and experience a fire like this is a big thing."

Adkins said having the building donated to be burned also allowed firefighters to watch and see how fire progresses in a structure.

"When we have a house fire, we're trying to put the fire out to protect lives and property," he said.

In the training fires, firefighters let the blaze burn, practice different techniques, watch how the blaze progresses and learn a lot. On Saturday, three man teams made up of one trainer and two student firefighters took turns going into the building. They made their way around furniture, and even church pews, practiced stopping the fire and safety techniques before letting the blaze go again.

Adkins said the department burned the east side of the structure first because it was closer to other homes. The west side, near Madison Street, took longer to burn as firefighters practiced inside.

Adkins said the building was originally a medical office before it became a church. About a year ago, a fire broke out in the building, and the church was unable to make repairs. The school district bought the property before donating the structure to the fire department for training.

Adkins said the training fire was very beneficial, especially for the student firefighters.

"It was definitely a success," he said. "One of the things we do every year is we bring them in the second week of August and we do a joint academy with North Bend," Adkins said. "We do an entry-level firefighter academy. Then they go to Salem for a few days."

Traditionally, in Salem the firefighters in training will use fire simulators and smoke simulators to prepare for the real thing. But seeing an actual structure burn is more helpful.

"This was perfect for them because they got to do a live fire," Adkins said. "They're getting this kind of experience. They know before they even get the degree if this is what they want to do."

Adkins said the partnership between the college and the fire departments is very beneficial. Virtually every student who finishes the program gets hired in the field. Having the experience of being in a burning building and knowing how fires will respond is a key to being successful when they start their careers.

"This is definitely something we enjoy doing because we can get that real-world experience and do it in a controlled manner," Adkins said.

The Coos Bay Fire Department is planning to do another training burn, likely next month.