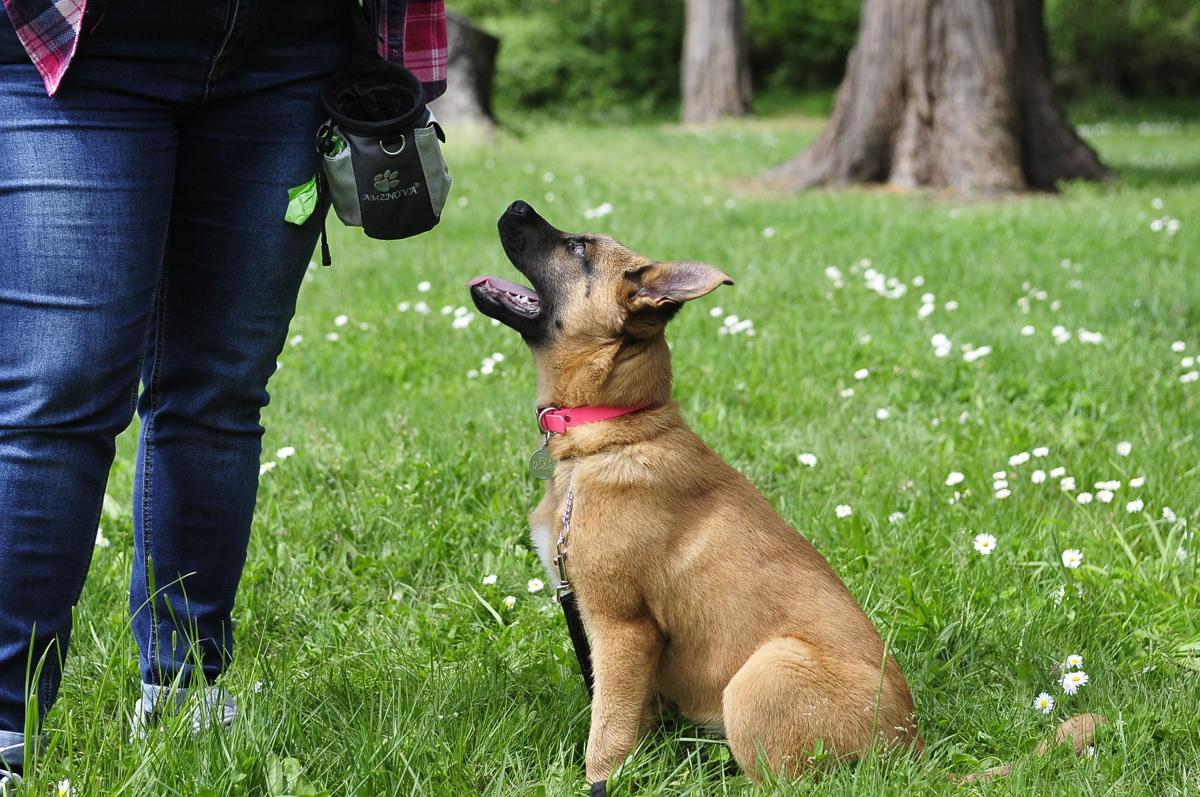 Echo, a four month old Belgian Malinois, sits for a treat during a training video with her owner Deb Campbell of Dog Training with the Campbell's. 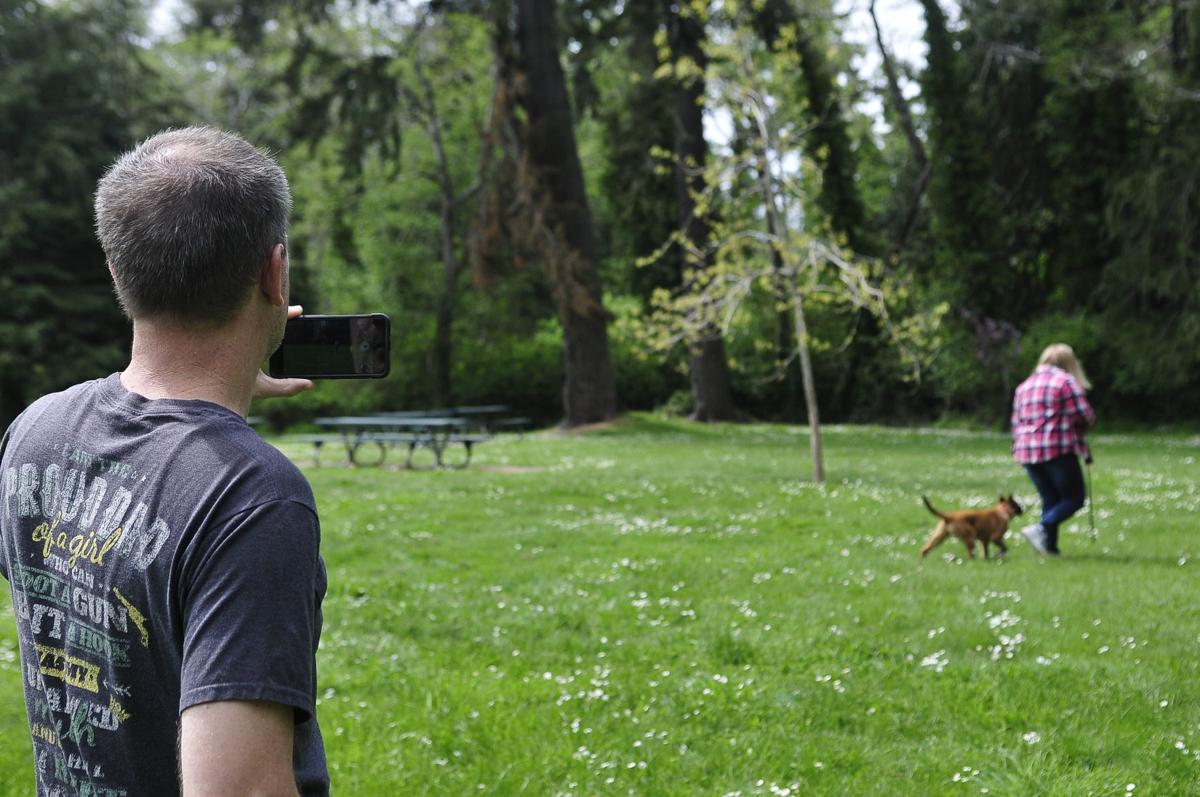 Rex Campbell films Deb Campbell and their dog, Echo, for a training video. 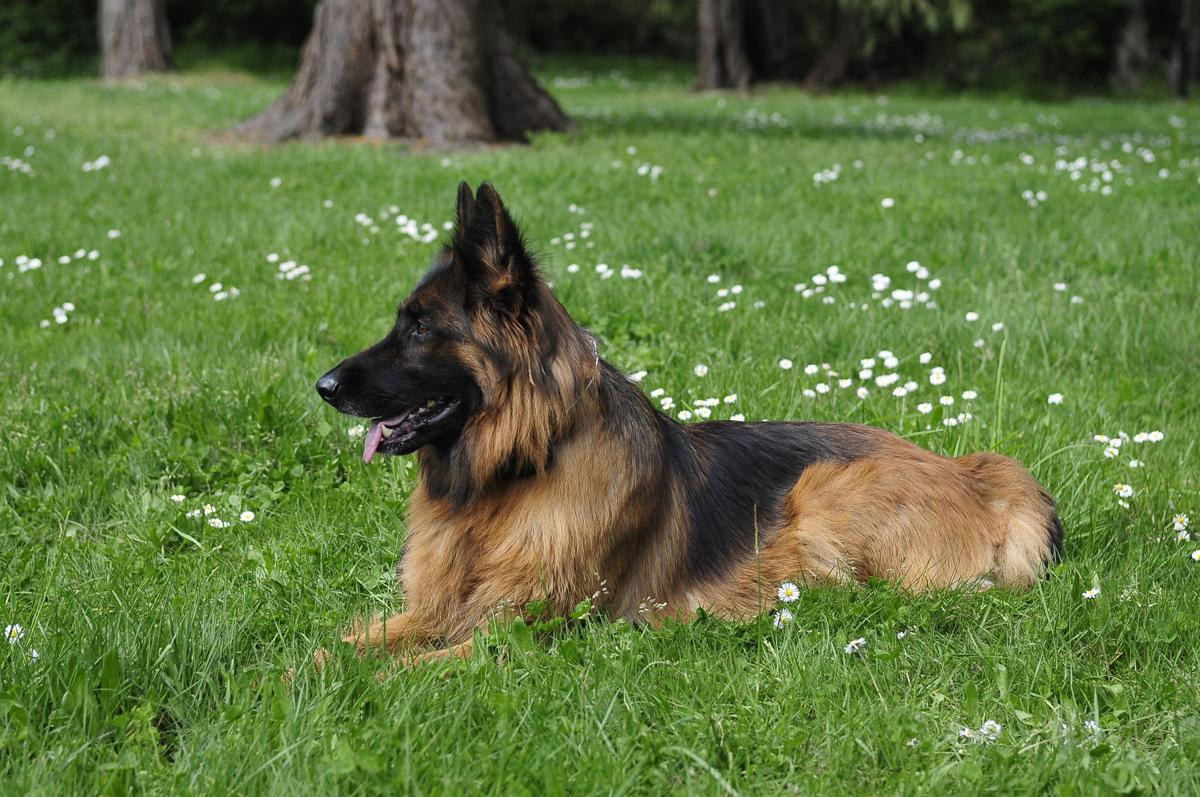 Echo, a four month old Belgian Malinois, sits for a treat during a training video with her owner Deb Campbell of Dog Training with the Campbell's.

Rex Campbell films Deb Campbell and their dog, Echo, for a training video.

COOS BAY — Kimber, as always, was the perfect student. The three-year-old long-coated German shepherd flawlessly demonstrated how to heel while also being able to do anything else her owners Rex and Deb Campbell asked.

On this particular overcast Sunday, Rex and Deb were filming videos for their Facebook group Dog Training with the Campbell’s at Ferry Road Park. What is normally an in-person, hands-on class helping owners learn to train their dogs has moved online in the time of the coronavirus.

“We have a pretty good following of people so we do constant group lessons and we both take a private person as well. So right now we have a whole list of people waiting to be trained and so we decided to start doing some videos,” said Deb who, with Rex, has been training dogs for the last 20 years.

The goal, as always with the Campbells — who both work full-time jobs in addition to working with dogs and their owners — is to help excited new dog owners and also those owners who are trying to teach an old dog new tricks, or at least teach obedience. To fill the void until classes can resume the Campbells have been putting out videos showing how they work with their dogs.

“People come to us because they really need help. These classes are basic obedience which most dog owners need just to spend their life with their dog,” explained Rex.

The only problem is that because of the experience of Rex and Deb, their dog Kimber is well-behaved, which can make teaching obedience difficult. So in comes Echo.

“With Kimber ... they get to see the end result, not how you get there,” said Deb. “With Echo, they’re getting to see the not-so-pretty, not-so-eloquent side of training. But that’s real.”

Echo is a four-month-old female Belgian Malinois who came from Bandon Animal Rescue and is full of energy. While Rex filmed Deb and Kimber showing how to properly heel, Echo was briefly running in circles around Rex waiting for a chance to get a camera.

“What a better way to teach people as we’re just starting completely over with this dog that we got at three and a half months old,” said Rex.

The Campbells then share their videos with those in class who write comments back and include videos of their own. It’s a network of people just looking to share tips and tricks in an effort to help their dogs grow.

While the end result is ideally a well-trained dog, Rex and Deb are quick to point out that the training is just as much centered on the owner of the dog.

“We’re used to training dogs. We can train dogs really fast, you know. But training — in the group classes, we’re teaching people to be dog trainers. Getting them to change their habits, their mindset,” said Rex. “We try to tell them, dogs are always learning so you have to always be teaching. If you’re not teaching then your dogs are learning behaviors that aren’t necessarily what you want.”

In a pre-coronavirus setting, this class was meant for as much exposure to other dogs and people as possible. The theory goes that if a dog can learn to behave when surrounded by distractions, they will be able to behave anywhere.

The classes include repetition of the basic skills and progress to having a group, which can be up to 20 people and dogs, walking next to each other. At some point in the seven-week program owners will trade dogs for one class period and the classes end with some games between these dogs and their well-trained owners.

But until class is back in session in person, videos of Deb, Rex, Kimber, and of course, Echo, will have to suffice.

“Our hope is to give them as many tools as we can, keep them engaged with their dog. Maybe keep a person from having to get rid of a dog,” said Rex. “Get them the basics and they’ll be much farther ahead than people normally are when they start out with the class.”