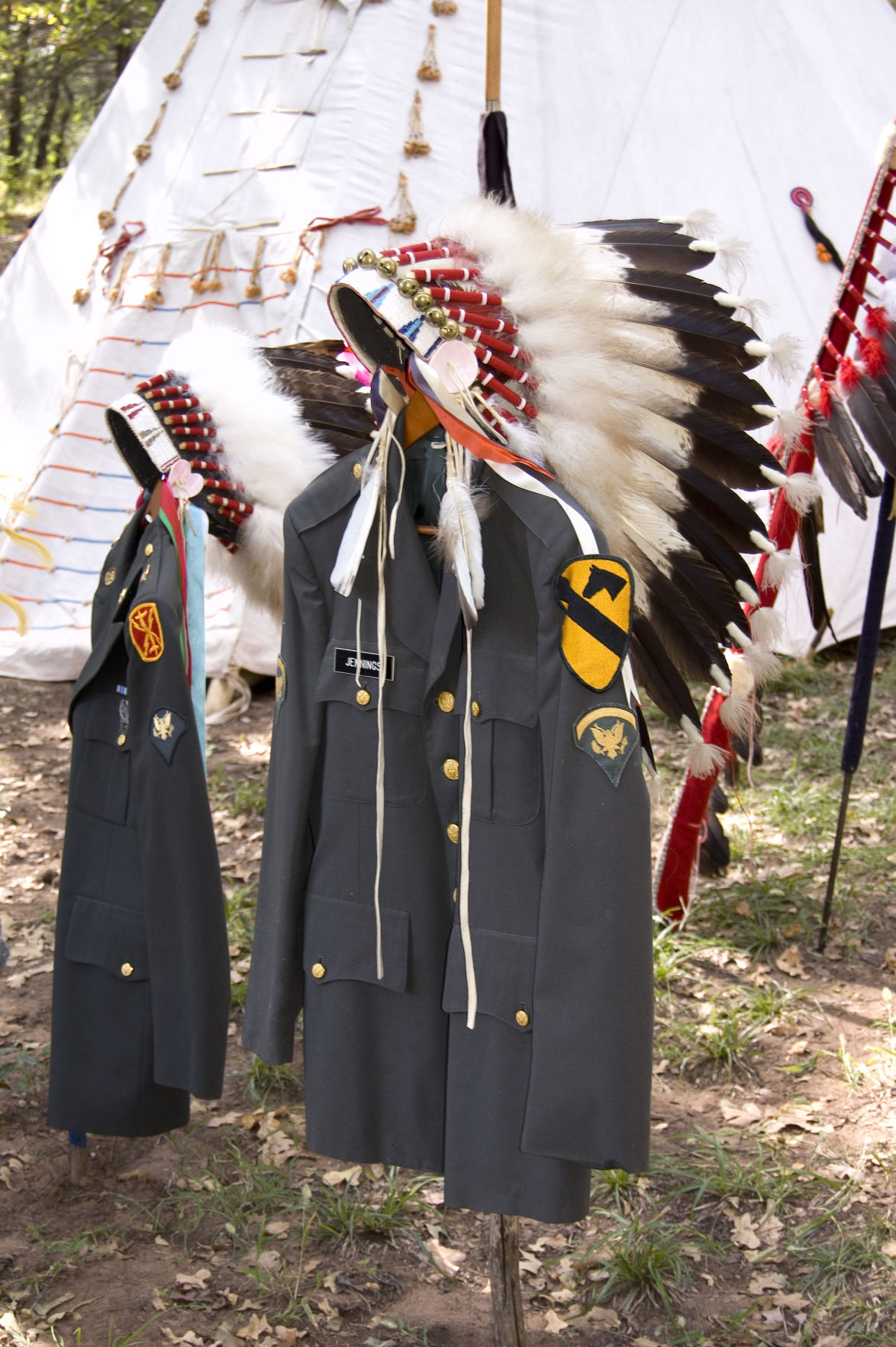 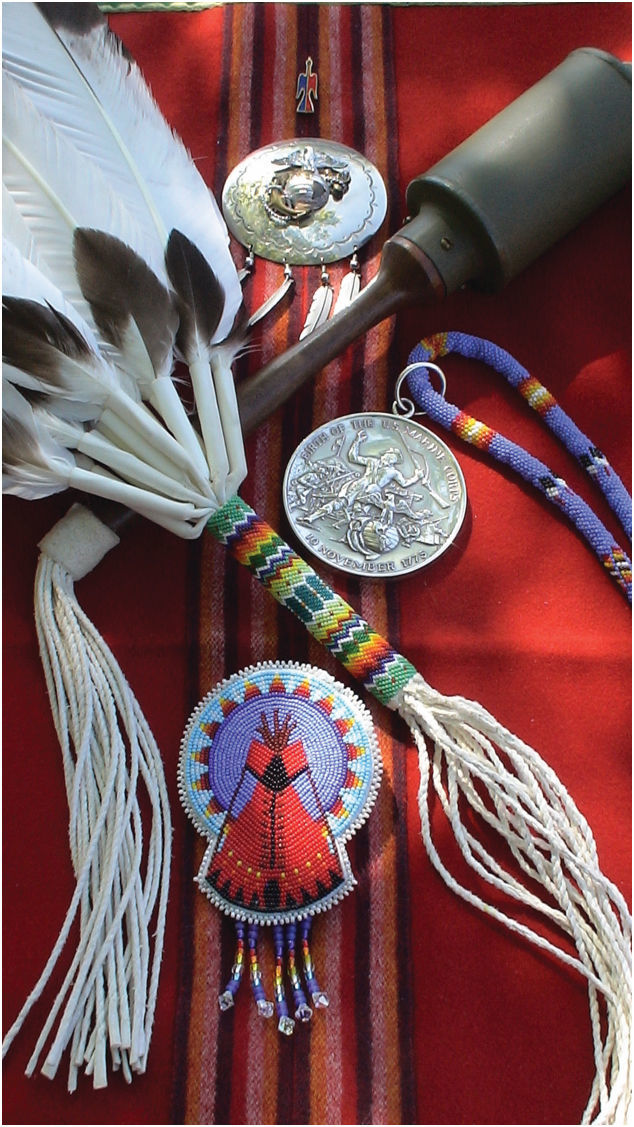 Kiowa Marine veteran Master Gunnery Sergeant Vernon Tsoodle's dance regalia blends United States and tribal military traditions. A Marine Corps medallion hangs on a beaded necklace beside a gourd rattle made from a Vietnamese hand grenade. The fan is made with bald eagle feathers, which represent strength. The beaded pin indicates that Tsoodle is a descendant of Red Tipi, father of Santana, one of the best known Kiowa war chiefs. Photo by Nancy Tsoodle Moser, 2009.

COOS BAY — The National Museum of American Indians will present "Patriot Nations: Native Americans in Our Nation’s Armed Forces" traveling exhibition featuring the contributions of Native Americans at Coos History Museum with the opening ceremony 4-6 p.m. Thursday, March 1. The exhibit will remain March 2 through April 29, at the museum.

Native Americans have served in every major U.S. military encounter from the Revolutionary Wars to today’s conflicts in the Middle East in higher numbers per capita than any other ethnic group. "Patriot Nations: Native Americans in Our Nation’s Armed Forces" reveals the remarkable history of Native American veterans through art, photography, and essay. The 16-panel exhibition documents 250 years of Native peoples’ contributions in U.S. military history.

"Patriot Nations: Native Americans in Our Nation’s Armed Forces" at the Coos History Museum was produced by the Smithsonian’s National Museum of the American Indian. The opening ceremony is open to the public and will include an invocation and the presentation of colors by the Coquille Indian Tribe and The Confederated Tribes of the Coos, Lower Umpqua and Siuslaw Indians. Light refreshments will be served.

“Tens of thousands of Native Americans joined the U.S. armed forces during World Wars I and II,” said Herman J. Viola, curator emeritus of the Smithsonian’s National Museum of Natural History and curator of Patriot Nations. “Forty-four thousand Native Americans served in World War II; the entire population of Native Americans was less than 350,000 at the time. They are Purple Heart recipients and Bronze Star medal honorees. Many have been recognized with the Congressional Medal of Honor, the United States’ highest military award.”

Patriot Nations exhibit one of four in 2018

COOS BAY — At the Coos History Museum, 2018 is all about veterans, and hosting four exhibits…