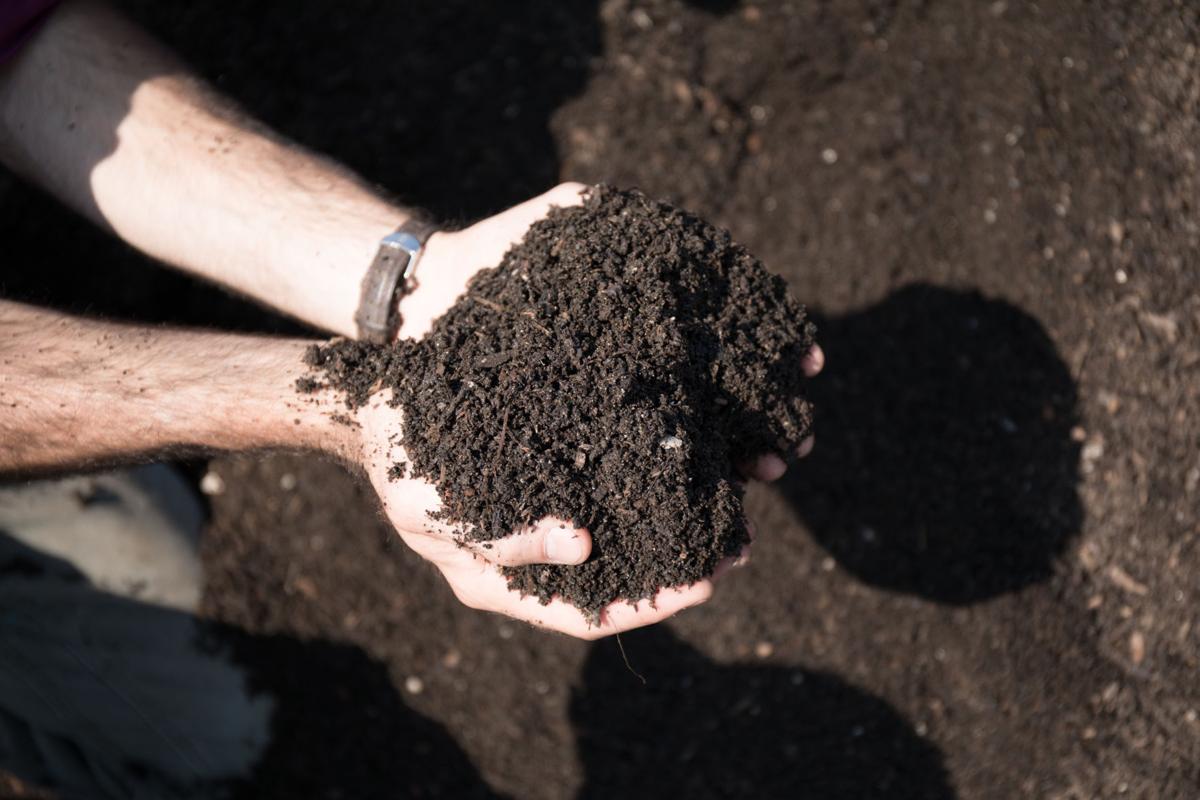 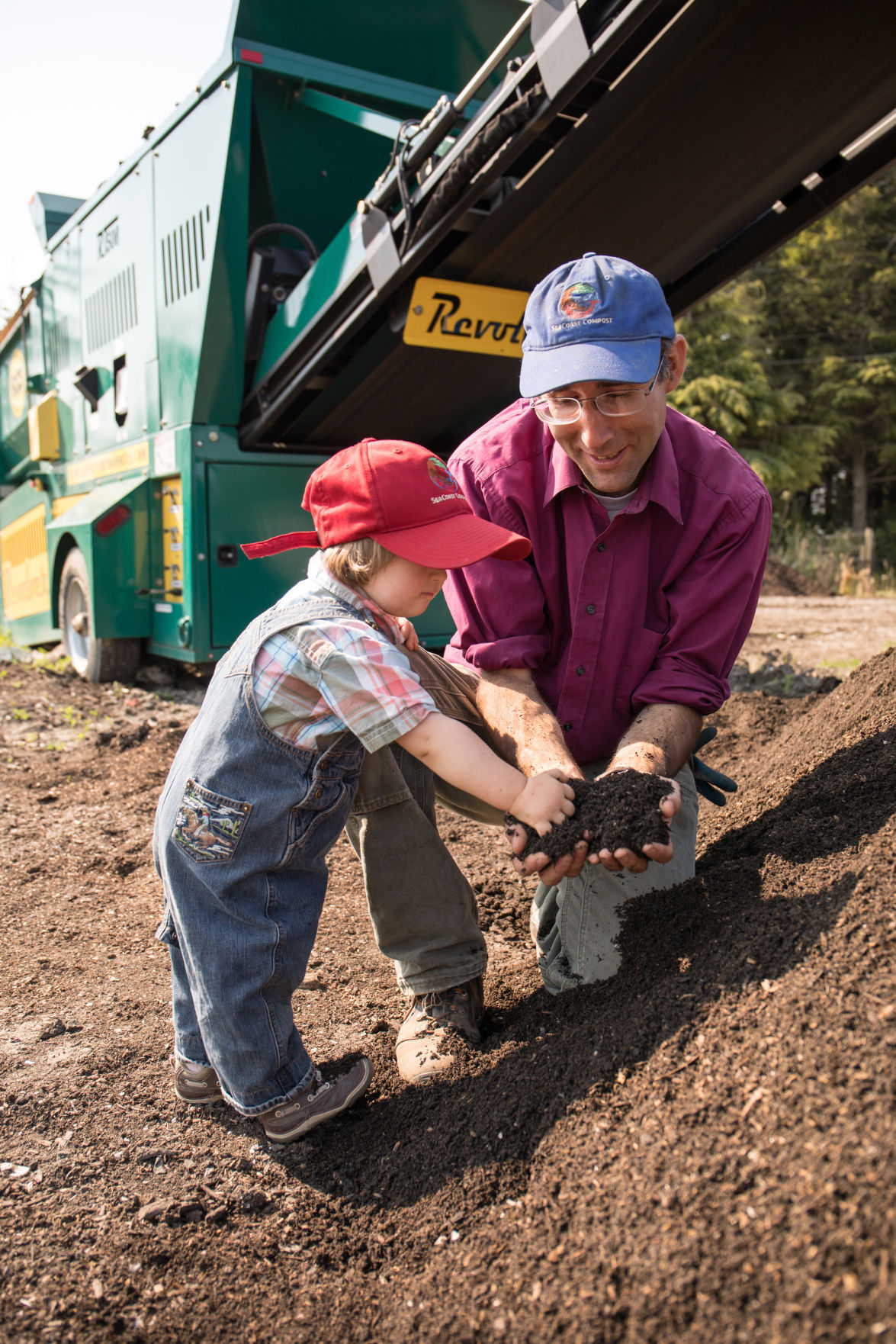 David Boyer coaches as to what good soil should feel like.

David Boyer coaches as to what good soil should feel like.

CHARLESTON — What’s in a handful of SeaCoast Compost? While sifting through the dark brown mixture, it’s easy to see fibrous traces of wood bark and flecks of seashells. What’s not visible to the naked eye are the nutrients that make the compost an ideal soil amendment.

“The end product is very complex in the microbiology. It’s not just the N-P-K, but the soil life that supports plants,” said company owner David Boyer.

The difference between SeaCoast compost and the majority of commercial compost is the feed stock, Boyer explains. Compost is often a wood product with supplemental nutrient added. Boyer’s feed stock is a robust mix of shellfish and fish, livestock manure and alder bark. And, the mix is all sourced from Coos County seafood, dairy, and lumber businesses.

“The microorganisms, earthworms, bacteria and fungus, are very alive. It takes that diverse feed stock to invite those organisms in,” said Boyer.

Decomposition takes roughly 12 months. Boyer mixes and turns the maturing compost to maintain an aerobic-friendly 110 to 140 degrees. Row covers limit moisture through the rainy season. In the final step, the mix is sifted through the commercial-sized screener. The finished compost is then ready to transport, by the bucket or truck load, to farms and gardens.

After studying wildlife and fish biology in college, Boyer explored ways to put his biology knowledge to work, including an apprenticeship on a biodynamic farm in Northern California. On the farm, he learned more about the relationships between plant life and the farm environment — the livestock, lunar and seasonal cycles, how biodynamic preps help make nitrates and trace elements available support plant life.

“The plant is connected to so much more than the soil it’s planted in,” said Boyer.

Boyer and his wife Athena moved to Coos County in 2014 and began scouting real estate and consulting with the Department of Environmental Quality to identify a location for their compost operation. The process took two years. In that time they found an ideal site in Charleston and discovered their business is a unique addition to the area.

“What they can offer to the public, product wise, is leaps and bounds ahead of what’s available locally,” said Michelle Martin, Director of Economic Development at NeighborWorks Umpqua.

Boyer invested his award in a downpayment on the commercial screener. The screener is a critical piece of equipment to complete his compost and prep the product for sale.

“For so many small businesses, especially in the first stages of growth, that little bit makes all the difference,” said Martin.

Facilitating introductions was as important as assisting with grant applications, Martin noted. When the time is right, connections within the businesses community can be a catalyst for growth.

“(David and Athena) have a model and introductions to grow their business, if they want to,” said Martin.

Boyer would like to build capacity. But, surveying his present set-up, he’s pretty content with the operation. He welcomes the early morning sounds from his seaside location, especially the seals barking.

“I love the proximity to the ocean,” he said.

SeaCoast Compost is open by appointment, located on Seven Devils Road in Charleston.

Compost doesn't have to stink

Compost. What's the big deal? Well it is a big deal.