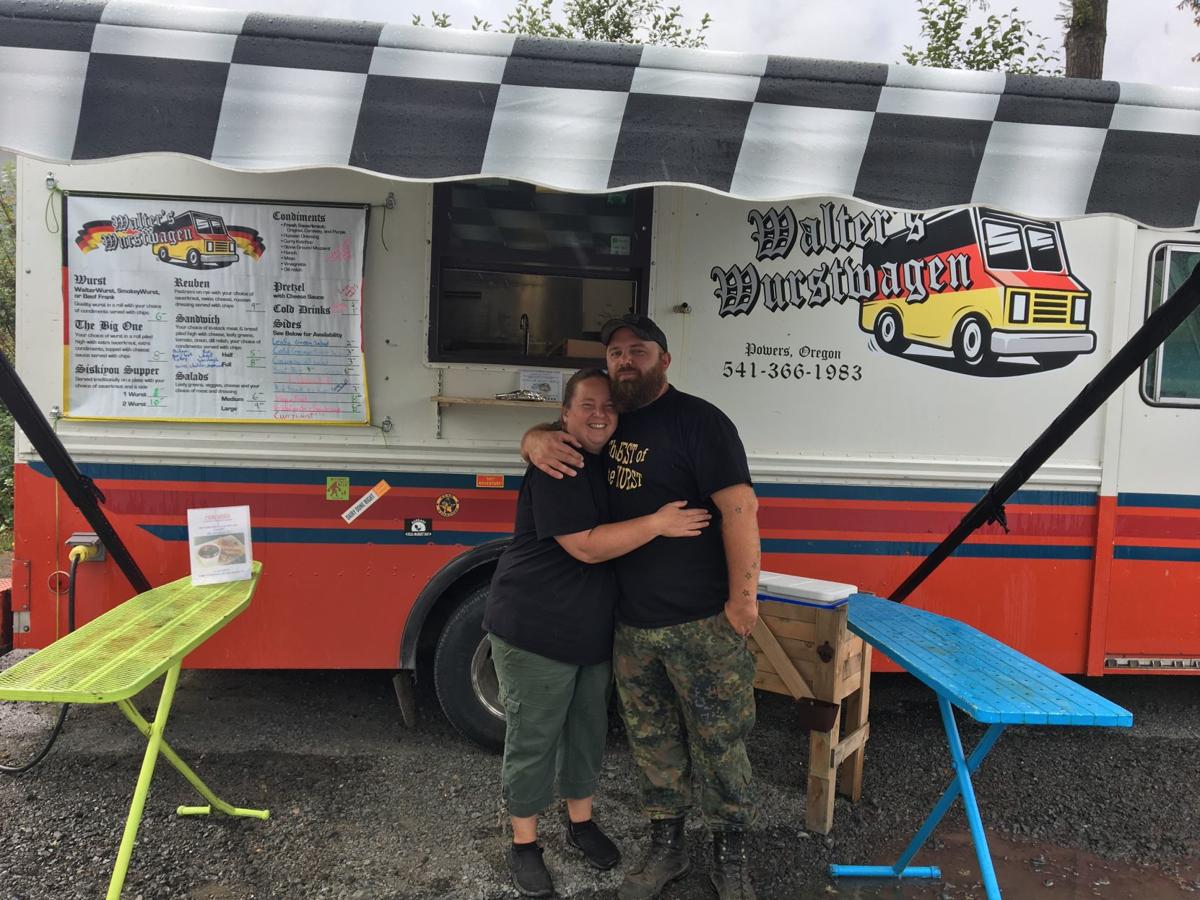 Dawn and Paul Walter stand in front or their Powers based food truck Walter's Wurstwagon. 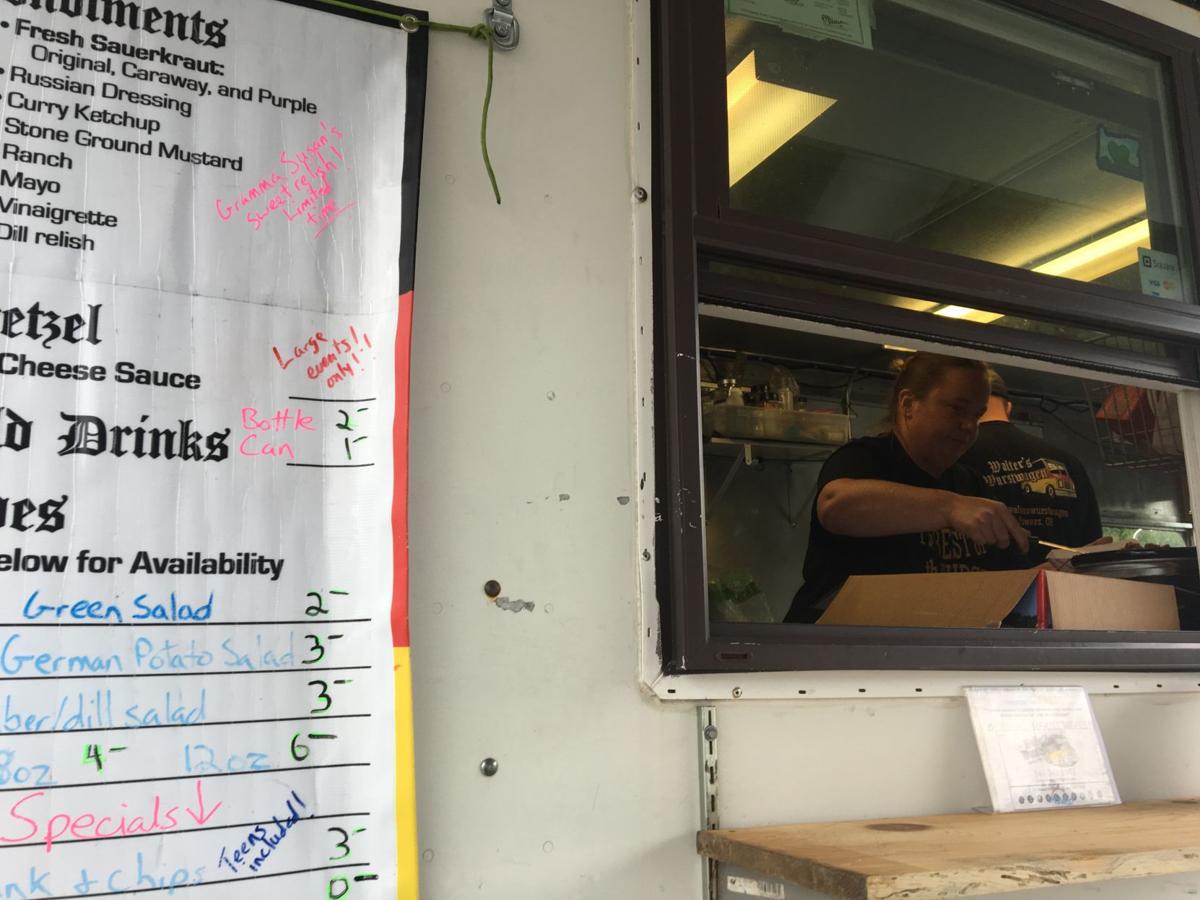 Dawn Walter hard at work behind the window of her and her husband's food truck Walter's Wurstwagon. 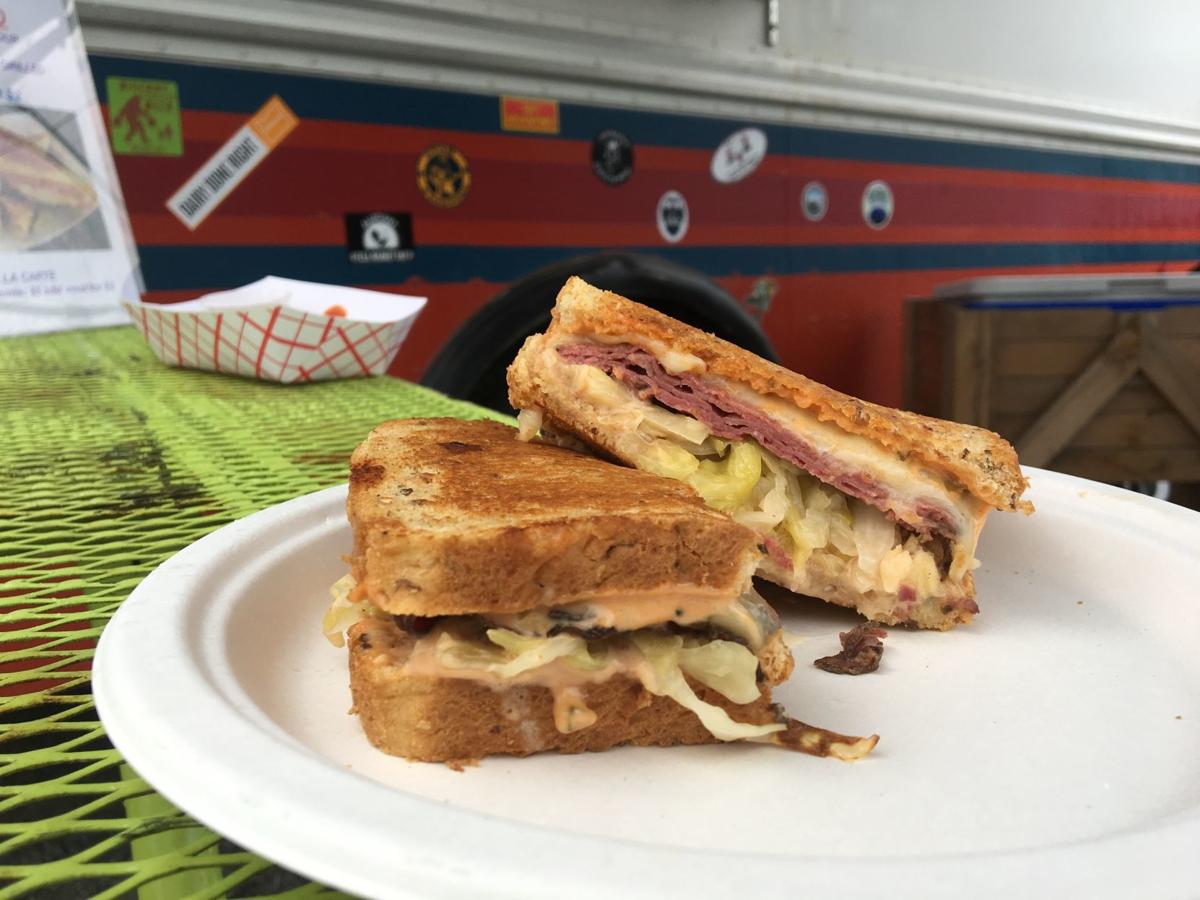 One of Walter's Wurstwagon's more popular sandwiches, their Reuben, is topped with the food truck's own homemade sauerkraut .

POWERS -- Walter’s Wurstwagen, a food truck out of Powers, uses its wheels to provide food to underserviced areas in Southern Oregon.

“We just tend to go wherever hungry people are,” Dawn Walter said.

Owners Paul and Dawn Walter opened up the food truck around six months ago to share delicious German street foods — which they actually learned how to make in Germany — with smaller communities on the Oregon Coast.

Dawn Walter hard at work behind the window of her and her husband's food truck Walter's Wurstwagon.

“We tend to be in some of the more out-of-the way places, maybe some underserved communities that don’t really have food from a clean kitchen,” Walter said.

Walter said opening the truck was a chance for the two to be their own bosses and make their own opportunity.

“There’s not a lot of work around here, and we were doing farmers market stuff with vinegars. We sold sauerkraut and baked goods. We needed something more reliable, and it sort of morphed into a food truck,” Walter said.

The Wurstwagen owners puts a lot of care into the food they serve. They ferment their own sauerkraut and hand-stuff their own sausage. They are the only food truck in Oregon licensed to do that. They make around 20 pounds of sausage each week and once it gone, it’s gone.

One thing the Walters are committed to doing as a service to the Powers community is being open for game nights in Powers.

“There’s really no place for visitors to eat, especially families. It’s a long way for visitors to travel back to Myrtle Point to maybe not have a place open by the time they get there,” Walter said.

One of Walter's Wurstwagon's more popular sandwiches, their Reuben, is topped with the food truck's own homemade sauerkraut .

One of their fan favorites is their Reuben sandwich, which is topped with their homemade sauerkraut.

“A lot of people tell us they don’t like sauerkraut, because they’ve only ever had it out of a can. Once they try ours they find out they actually do like sauerkraut,” Walter said.

Since it is a food truck, Walter's Wurstwagen tends to move around, but they aren’t hard to find if you look them up on Facebook.

The Itty Bitty Inn held an event Saturday to celebrate National Drive Electric Week, where folks in the community could ask questions and get hands-on experience with electric cars.