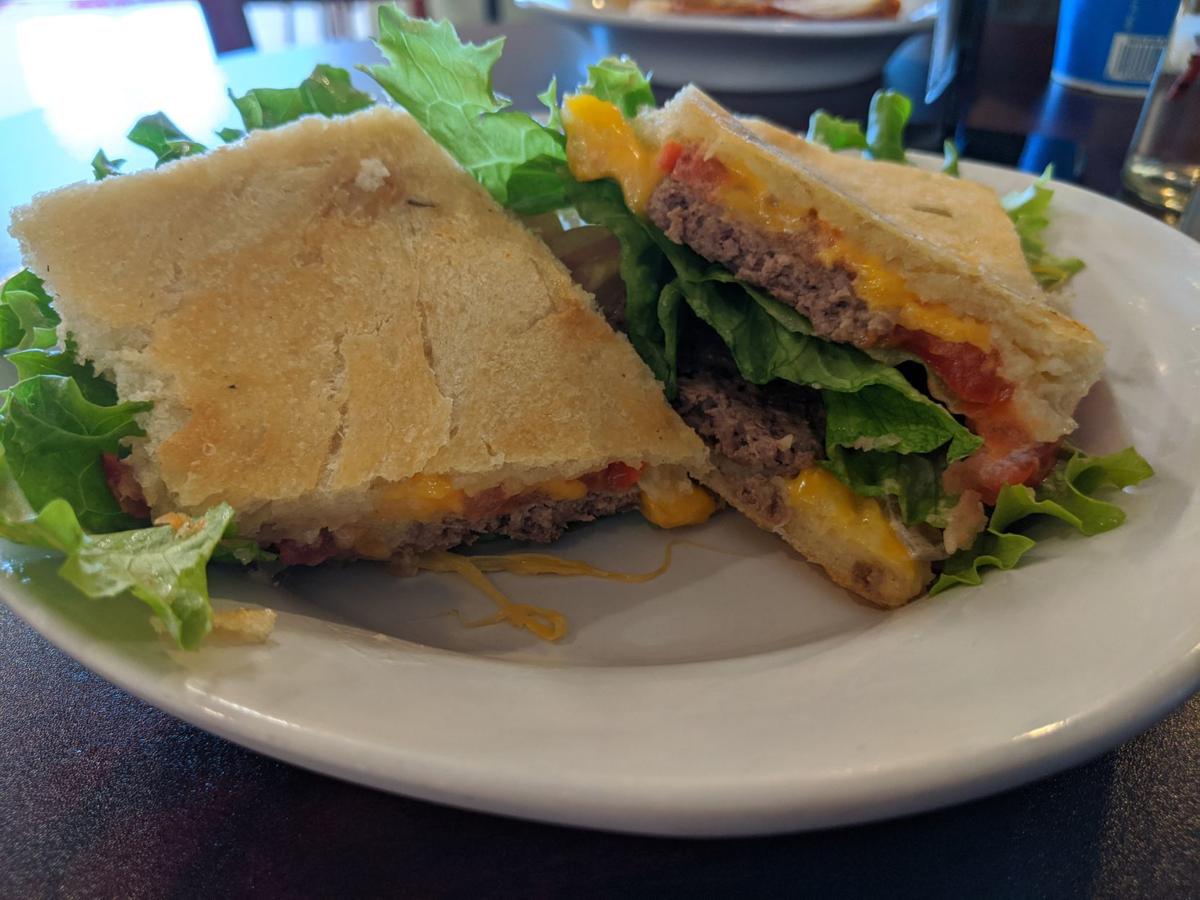 The paninis come ala carte, but there are soups and salads if you'd like a side dish. 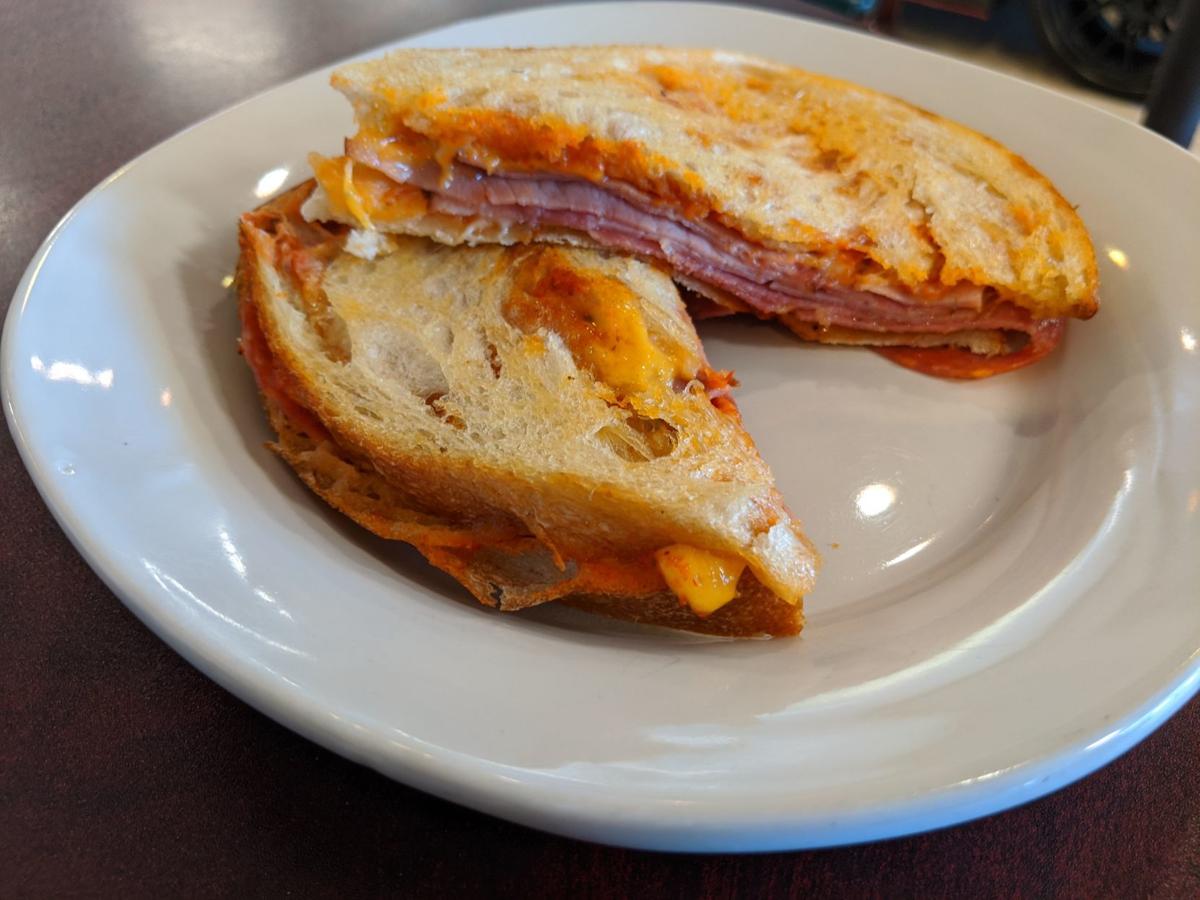 The pizza panini on sourdough at the Smiling Dog Cafe inside of Coos Bay Toyota on U.S. Highway 101. 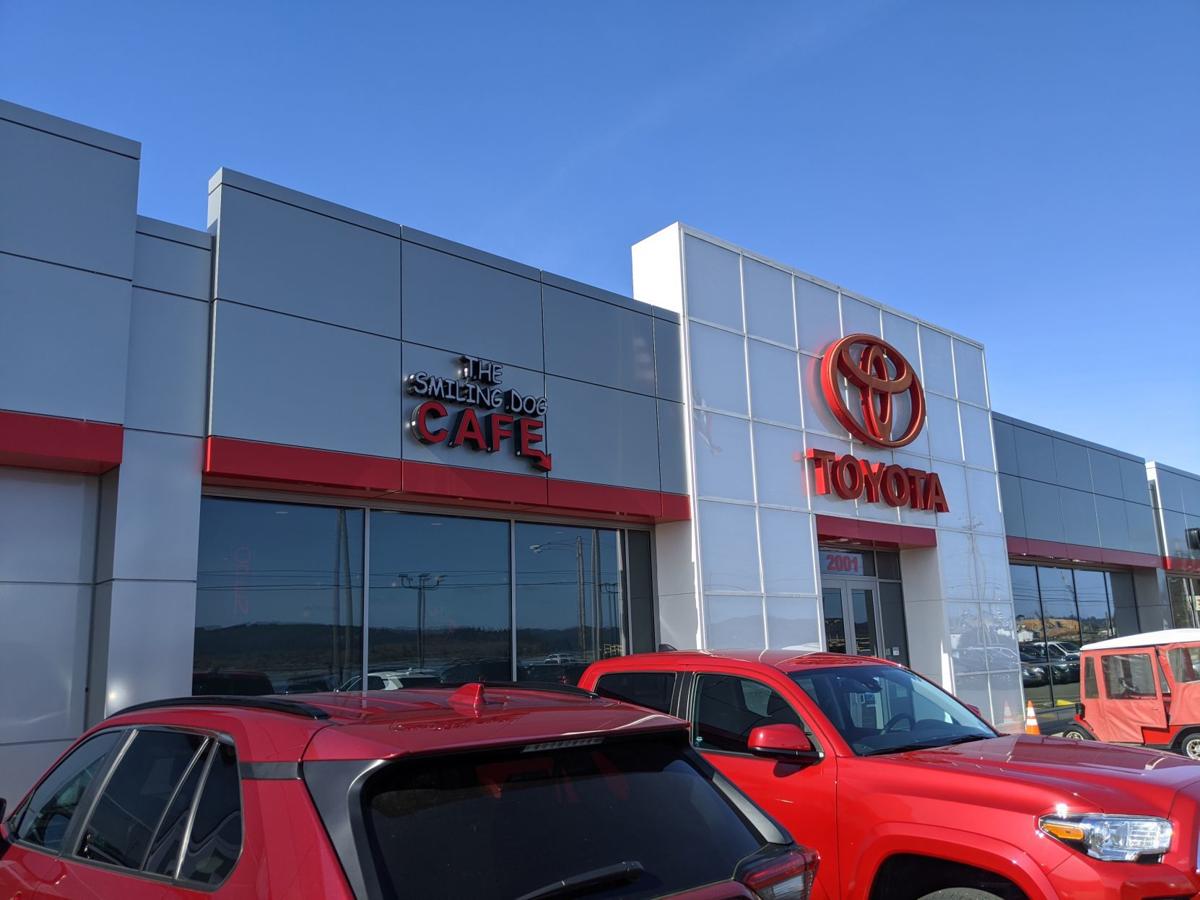 The Smiling Dog Cafe is located inside of Coos Bay Toyota. Just wander through the doors under the big logo and you can see the cafe on your left.

OK, that's the punchline. Now let me explain how we got there.

While sports editor John Gunther and I were sitting in the Smiling Dog Cafe on Monday, I sent a photo of the exterior of Coos Bay Toyota to Autumn.

Knowing where I was going for lunch to write today's story, her response was, "Yum. Hi Aliegh." Since she sold Aliegh (the manager at Smiling Dog) and her husband a house recently.

The Smiling Dog Cafe is located inside of Coos Bay Toyota. Just wander through the doors under the big logo and you can see the cafe on your left.

Then she jokingly (I think) texted, "Oh wait. Or are you buying me a new RAV4?"

We have been considering getting another one, so the question was not too far-fetched.

After trading a few emojis, including the crossed fingers (from her), I asked her what color she wanted her panini.

See the first line of this story for her response.

I told John there was no sneaking up on this restaurant with Aliegh there.

John and I grabbed menus, stood in line and started going over the lunch options. One note, the cafe also serves breakfast and you can get breakfast anytime.

"Hi, Ron," came a familiar voice from the kitchen area.

While standing in line, I pointed out to John the article hanging on the wall from when I did the Dining 101 series back in September 2016.

Actually, seeing that article made me alter my order. I couldn't see the cutline below the photo, but I was pretty sure that was The Cubano panini that I had ordered last time.

I was looking at the menu and thought the Cubano sounded good again, but thought I'd try something new since it was John's first time at the cafe.

So, I narrowed my choices down to the pizza panini or the Angus burger panini.

The pizza panini on sourdough at the Smiling Dog Cafe inside of Coos Bay Toyota on U.S. Highway 101.

And when John ordered the pizza panini, my choice was made.

The pizza panini comes with salami, ham, mozzarella and cheddar with pizza sauce.

He ordered his on sourdough.

I got the Angus with cheddar cheese, lettuce, tomato, onion and mayo on foccacia bread.

I'm a panini fan, so I like ordering my sandwich on foccacia (among their six choices of breads) or something similar because it stands up a little better to the pressing process of making it a panini.

John liked his sandwich, but wish he had ordered it on a different bread. Pressing the sourdough makes it even thinner, and then the pizza sauce on top of that.

"Or maybe use a little thicker bread," was his suggestion.

I imagine that a good number of their customers are there having their cars serviced, but I don't think they could work on as many cars at once as they had folks in the Smiling Dog on Monday around lunchtime.

Some just ordered coffee — since they have a full service line of specialty coffee drinks — while others of us were having lunch.

The Smiling Dog is open from 8 a.m. to 6 p.m. Monday through Saturday inside Coos Bay Toyota. Just walk inside under the big logo, and the cafe is on your left.

EZ Thai: Now I can look forward to the seafood ravioli

I always have a Plan B. Always. I think it's part of my job description. In restaurants, I'm the same way. I usually have two choices ...  just in case. Until the day you don't.