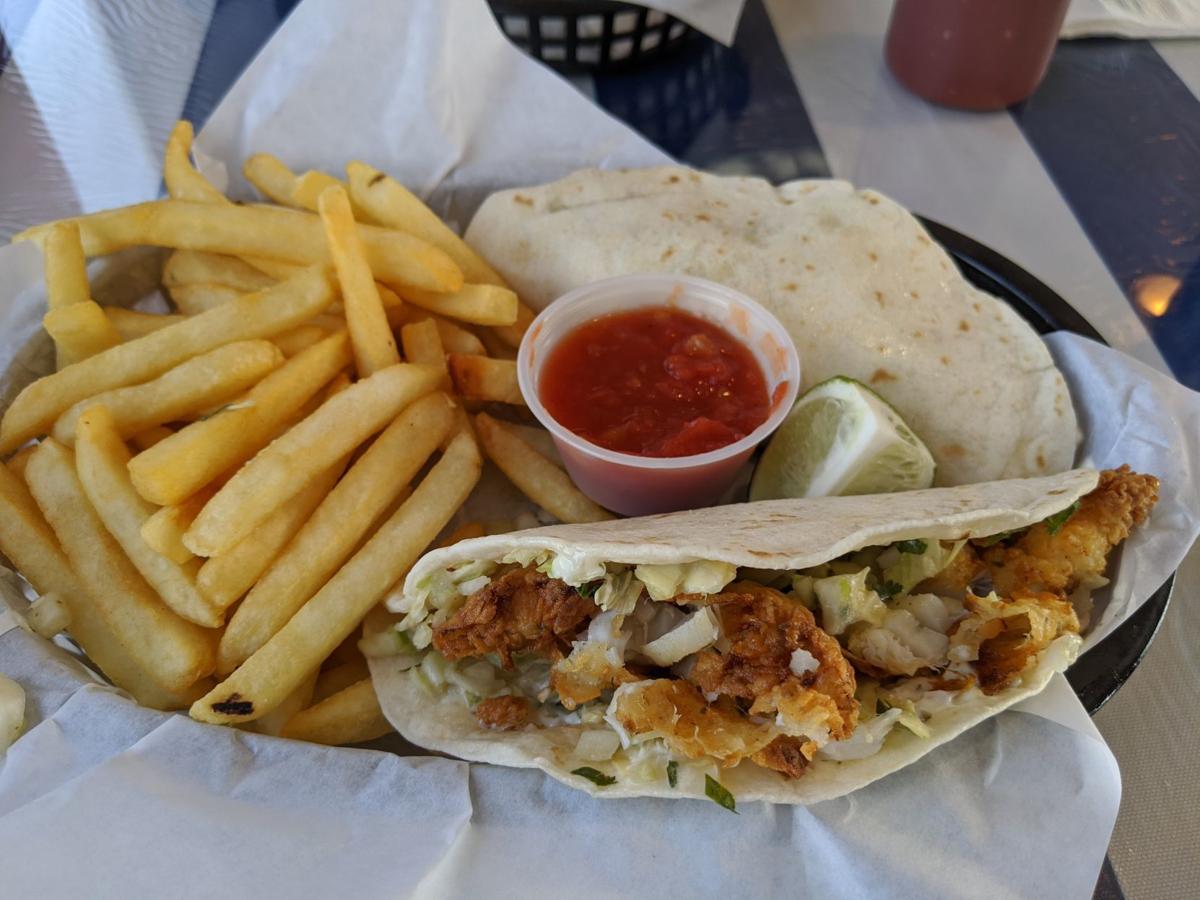 Fish tacos was the daily special at The Boat on Thursday last week. 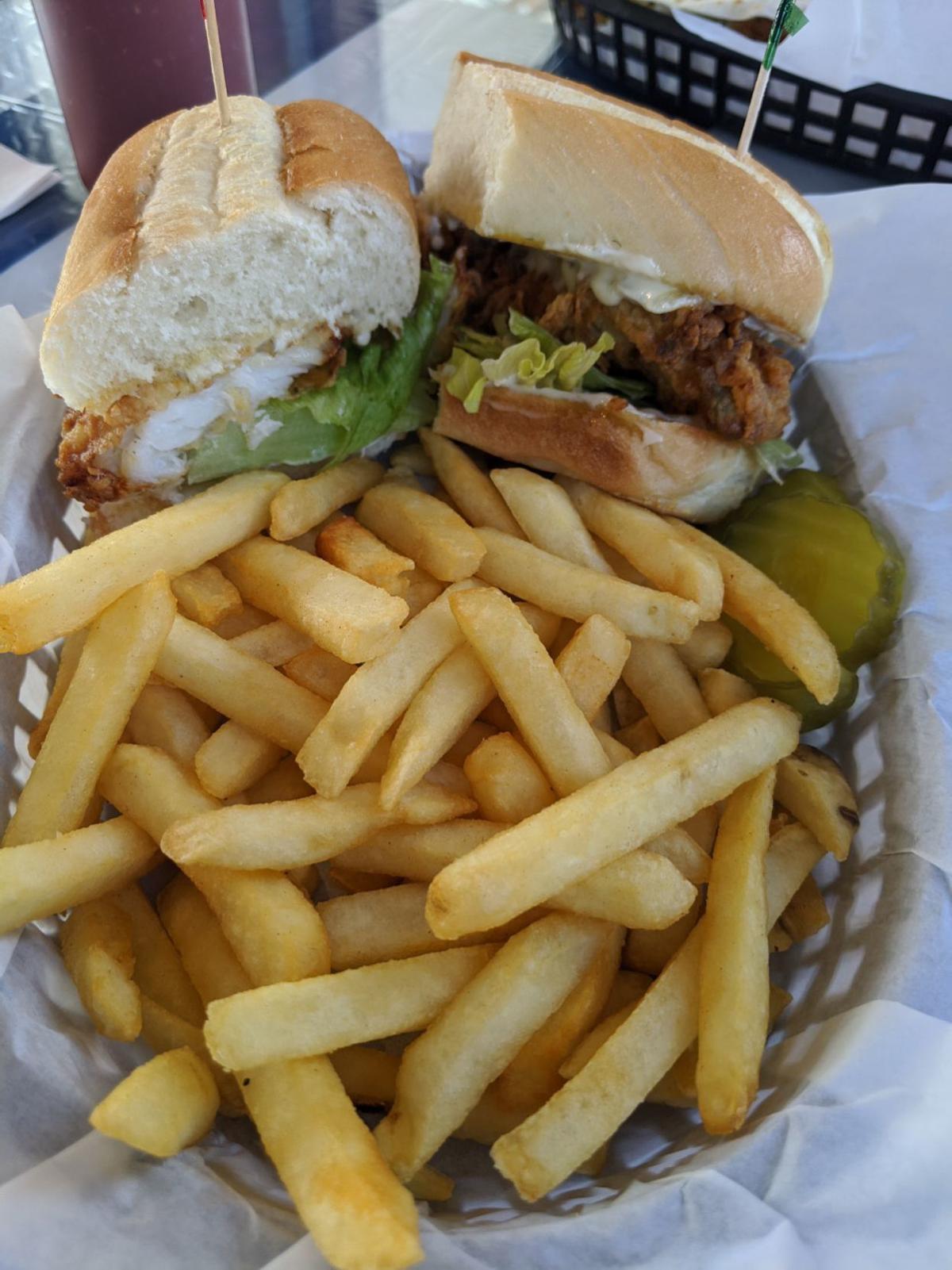 The fish sandwich comes with a hearty helping of fries at The Boat. 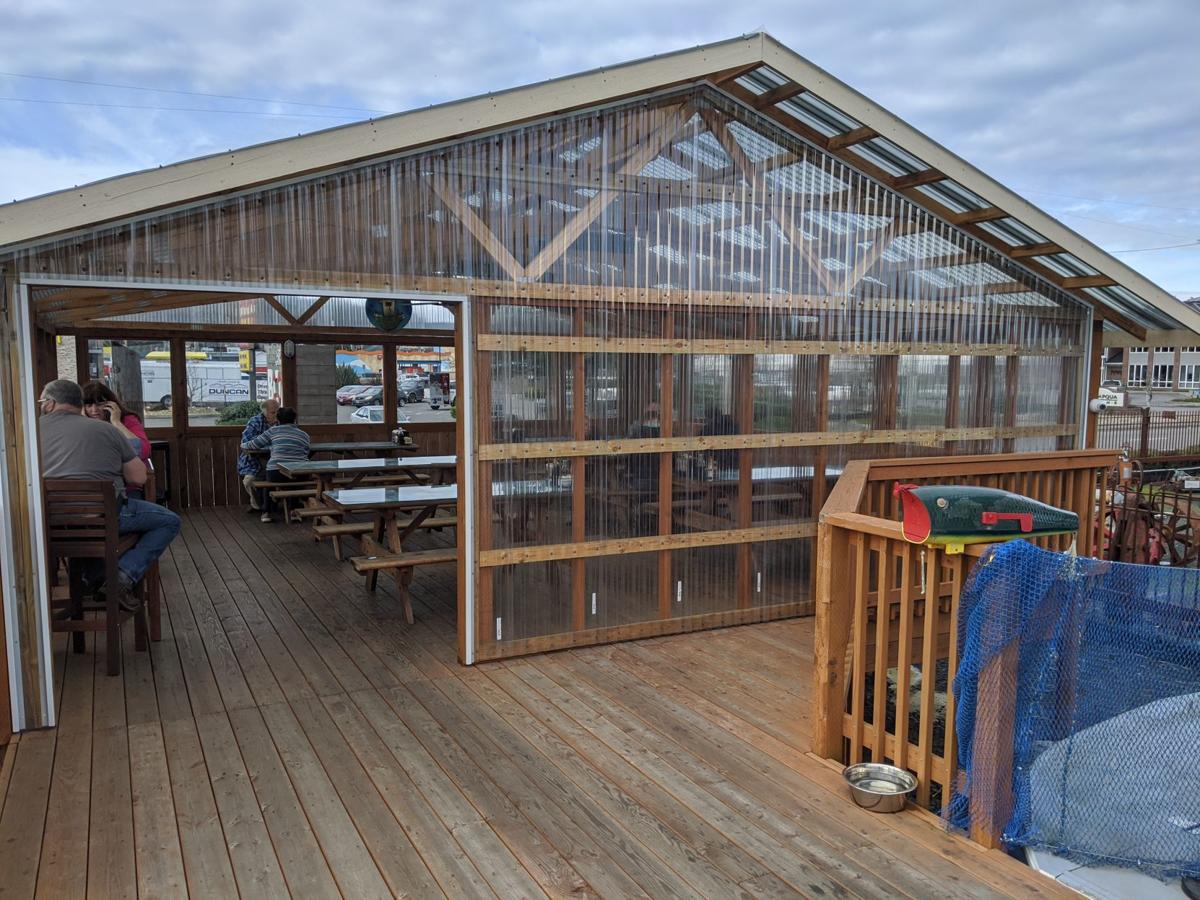 The covered outdoor seating area at the boat means you can enjoy dining outdoors even in January. 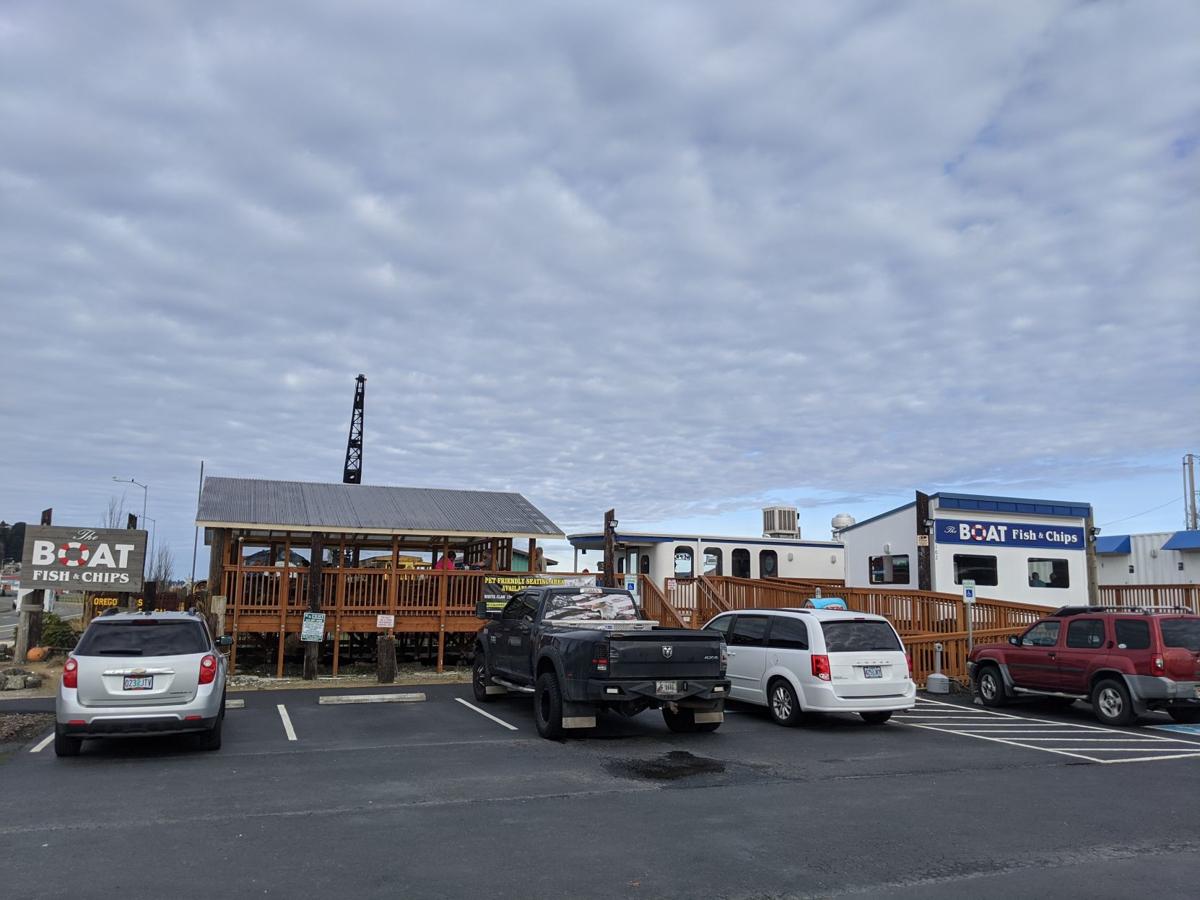 The Boat is located near the waterfront on U.S. Highway 101, next to the train museum.

COOS BAY — For utterly selfish reasons I liked when The Boat (formerly Unger's Bay Fish and Chips) was up in Winchester Bay, floating off of T Dock and I could go down and grab some fish and chips and a beer and watch the sunset.

From a business standpoint, I completely understand the move to Coos Bay. Yes, it's no longer on the water, but what they've done here with the outdoor seating makes them a viable restaurant year round.

The covered outdoor seating area at the boat means you can enjoy dining outdoors even in January.

When sports editor John Gunther and I walked into the restaurant late last week just after 11:30 a.m., we had the joint to ourselves.

Pick a seat, any seat.

That didn't last long. Quickly, we had company as one group after another flowed into the establishment. All four tables inside The Boat filled up, two other tables in their auxiliary seating area filled, as did three tables in the covered outdoor seating area.

In all, nine full tables at noon on a Thursday — in late January.

In Winchester Bay, nine tables for lunch in January would have been a lot to ask for.

I have always been a fan of the food at The Boat. I think they make one of the best fish and chips in the area (my wife likes them the best). But since I've had the fish and chips numerous times and John had them when we were there after they first opened on the highway, we decided to give something else on the menu a try.

Our server mentioned that the special that day was the fish tacos, so I was hoping that John would decide to have something else without any prompting from me.

The fish sandwich comes with a hearty helping of fries at The Boat.

Luckily, he decided on the fish sandwich, which is an Alaskan cod fillet served on a hoagie roll with mayo, lettuce, tartar sauce and pickles. And it comes with a plate full of fries. Or for a side dish you can also order cole slaw or rice pilaf.

So I went ahead and ordered the fish tacos. Now these aren't a regular menu item (at least I didn't find them on the menu), but if I'm the folks at The Boat, I might give it some thought.

The order came with two tacos and a side, I chose the fries. It also came with a small cup of salsa, which went well with the cabbage slaw and the breaded and fried fish.

John said the fish sandwich was good, just like the fish and chips he had last time.

The Boat is located near the waterfront on U.S. Highway 101, next to the train museum.

While listening to orders from other tables, the chowder in a bread bowl also seems to be very popular.

That would likely be my next choice to order, but I know how many carbs are in two slices of bread, I can only imagine an entire bowl. Maybe I'll just order it in a cup next time.

Kum-Yon's: So many choices, so little time

The last time sports editor John Gunther was in Kum-Yon's, rocks were soft.

Or, at least that's the impression I got when he was talking about the last group of folks from work he was with when he ate there.

I, on the other hand, was there last week. Autumn and I often drop in for a quick lunch.