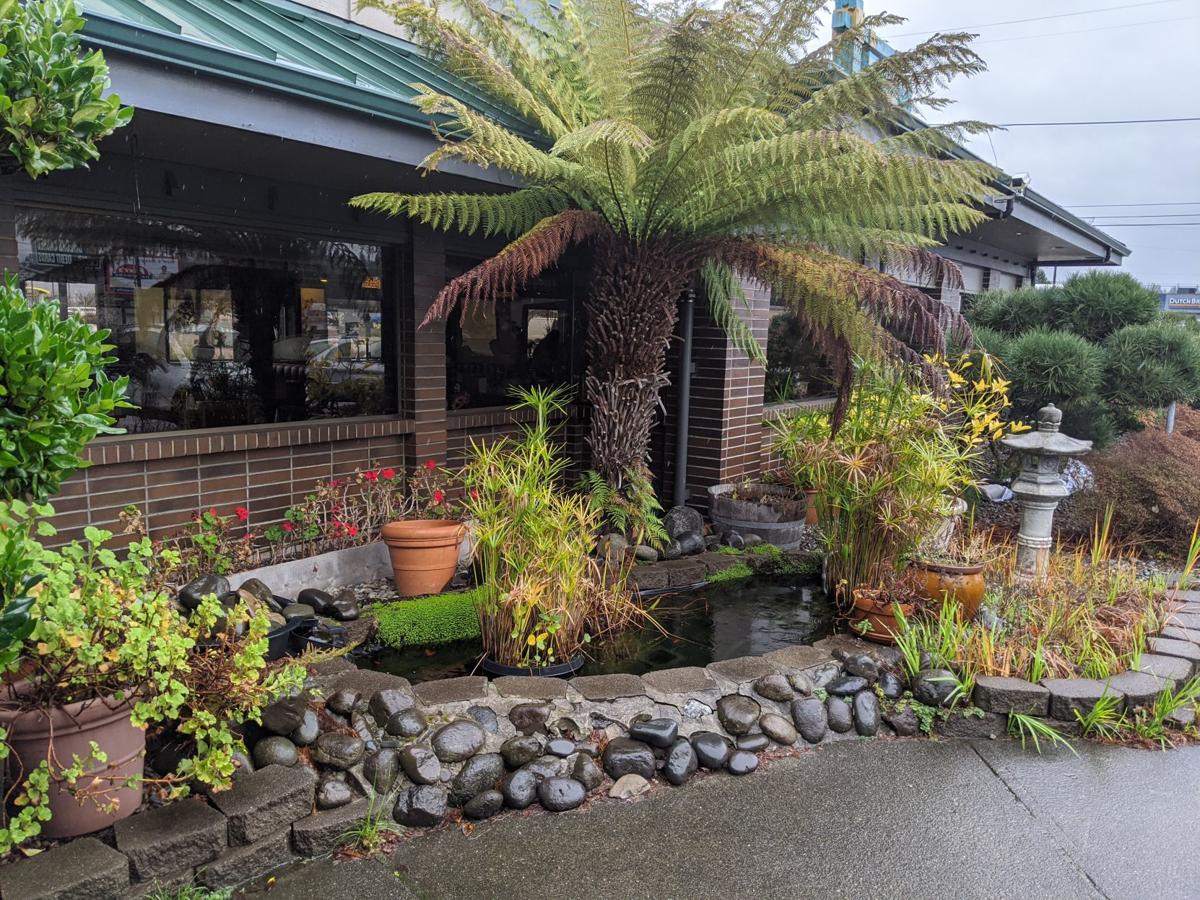 The entrance to Kum-Yon's restaurant in Coos Bay has a nice little garden area featuring a koi pond. 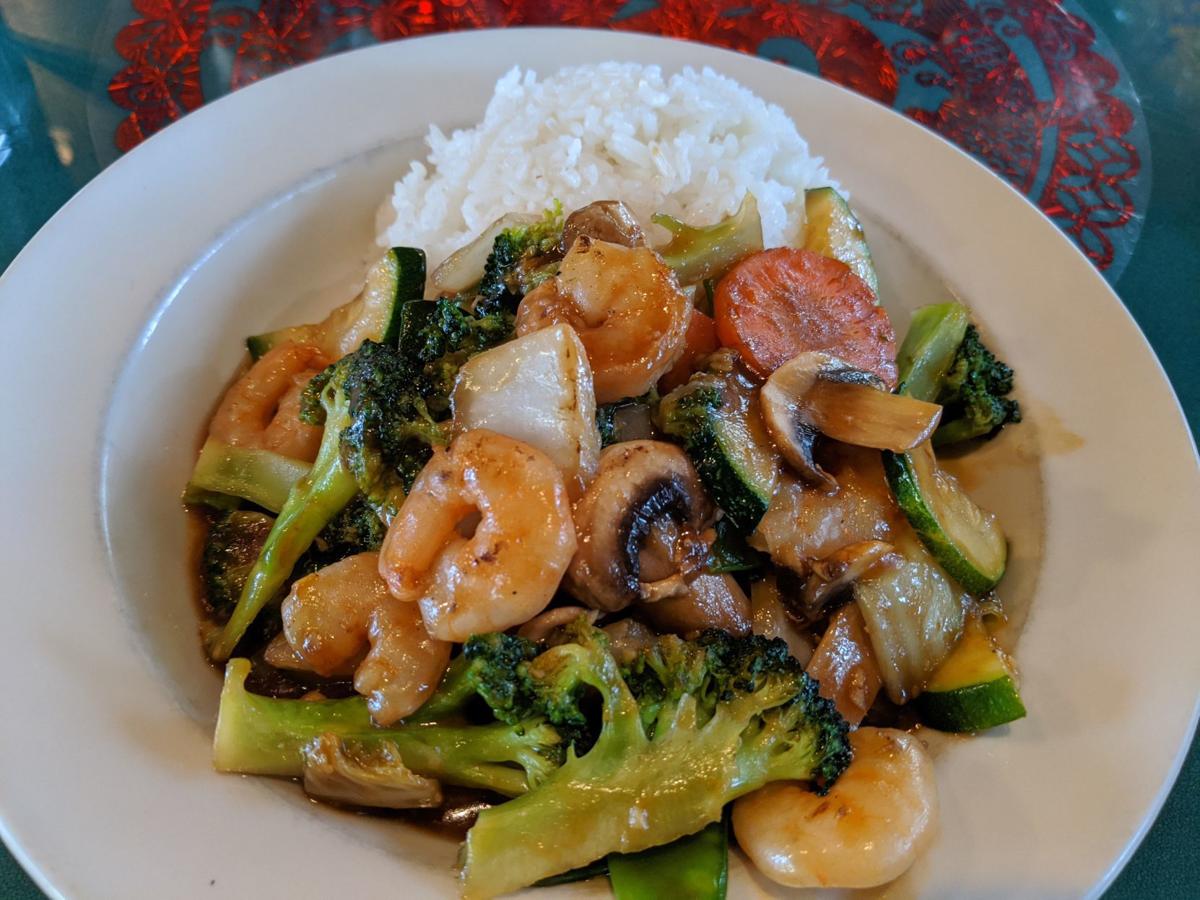 The garlic shrimp lunch special at Kum-Yon's in Coos Bay. 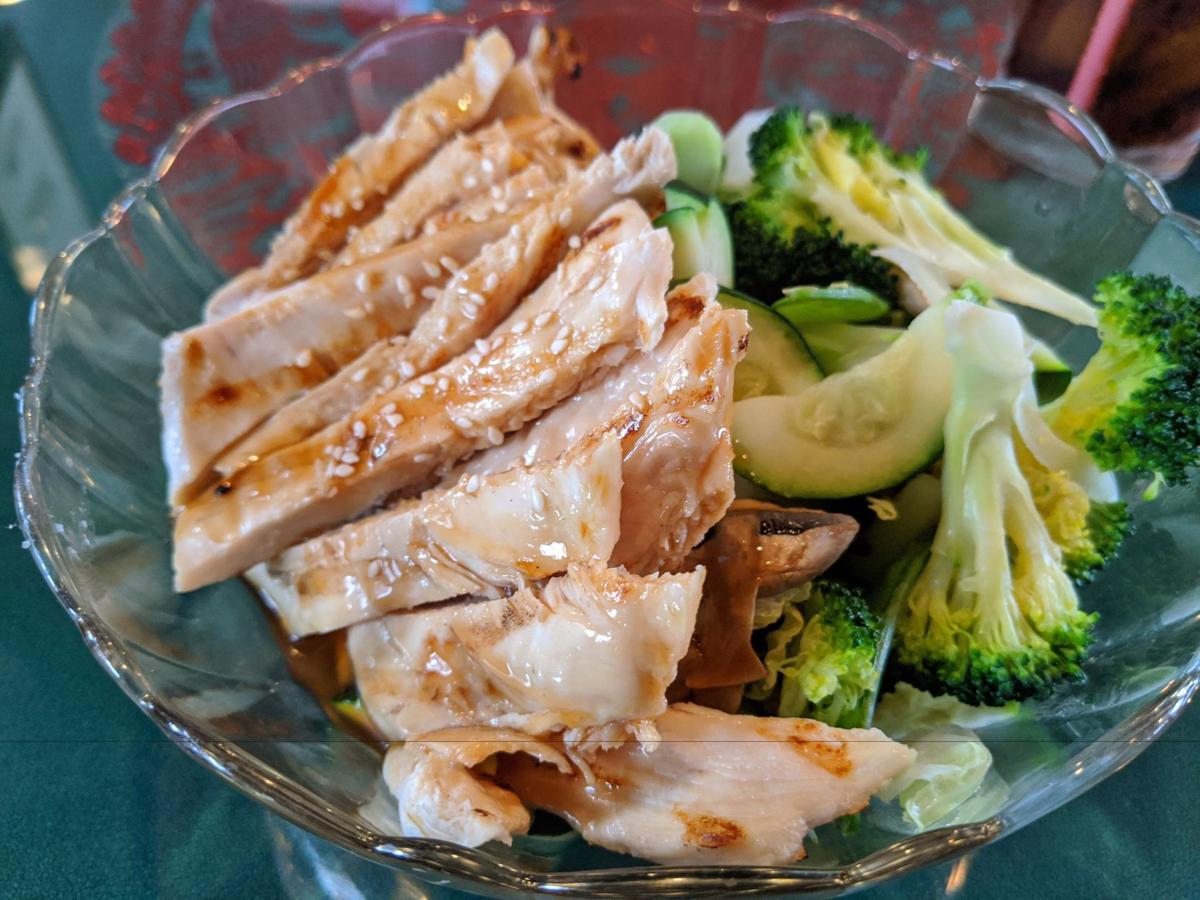 The teriyaki chicken bowl at Kum-Yon's. 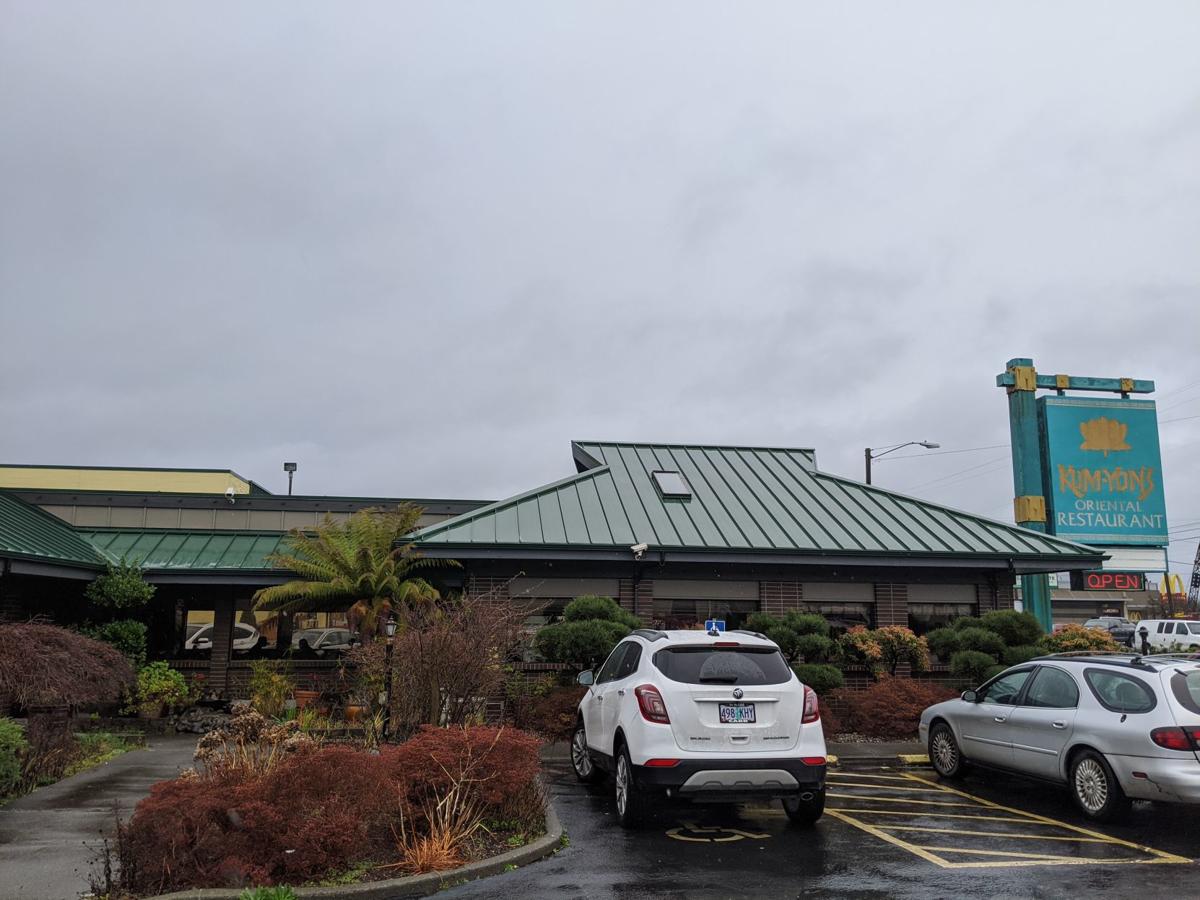 Kum-Yon's in Coos Bay is located on U.S. Highway 101 between Hall and Ingersol.

Or, at least that's the impression I got when he was talking about the last group of folks from work he was with when he ate there.

I, on the other hand, was there last week. Autumn and I often drop in for a quick lunch.

Kum-Yon's in Coos Bay is located on U.S. Highway 101 between Hall and Ingersol.

I get plenty of proteins and vegetables and they make it fairly easy to skip the carbs if I want to — or at least keep them limited.

The first thing that John noticed was the extensive menu of lunch specials that Kum-Yon's has.

The second thing he noticed was that the lunch specials menu is two-sided, thus necessitating a longer look before ordering.

There are more than 60 selections on the special lunch menu. As you can imagine, there's pretty much something there for everyone. I'm not even sure if he looked at the regular menu.

The teriyaki chicken bowl at Kum-Yon's.

John had his choices down to two, the teriyaki chicken bowl and the triple nut chicken. He decided on the chicken bowl. It comes with the steamed rice and the steamed vegetables.

Having had the beef teriyaki, fried rice and stir-fried vegetables last time and the teriyaki chicken the time before that, I decided to try something a little different and ordered the garlic shrimp with steamed rice.

If carbs had been an issue on Monday (I had a good breakfast) then I could have skipped the steamed rice (about 45 carbs). But I knew I had a very low-carb dinner waiting, so I went ahead and splurged.

I think John was a little jealous of the stir-fried vegetables that came with my dish. Included with the shrimp was broccoli, peas, zucchini, onions, carrots and mushrooms.

While he got plenty of veggies, the steamed variety just don't give a meal the same kick as the stir-fried variety.

The garlic shrimp lunch special at Kum-Yon's in Coos Bay.

The one thing I really like about Kum-Yon's is the quick service. John and I walked in a few minutes after 11 a.m. and had scanned the menu, ordered, eaten and were heading out the door by 11:40. A very good thing since I had another meeting at noon.

I've always found this to be the case and the quality of the food is very consistent.

COOS BAY — By looking at the story below, you can tell that we're getting close to the Super Bowl.