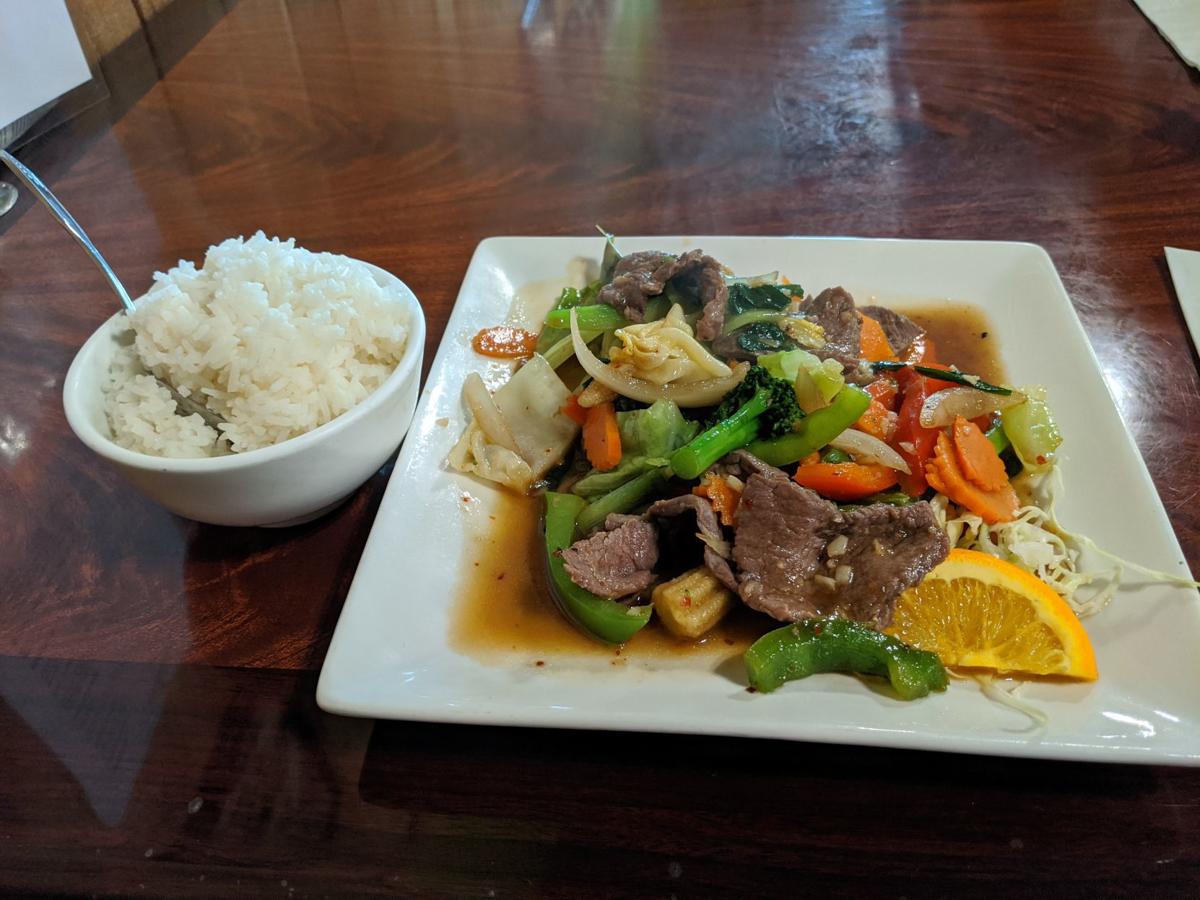 The Pad Veggies Delight with beef at EZ Thai in downtown Coos Bay. 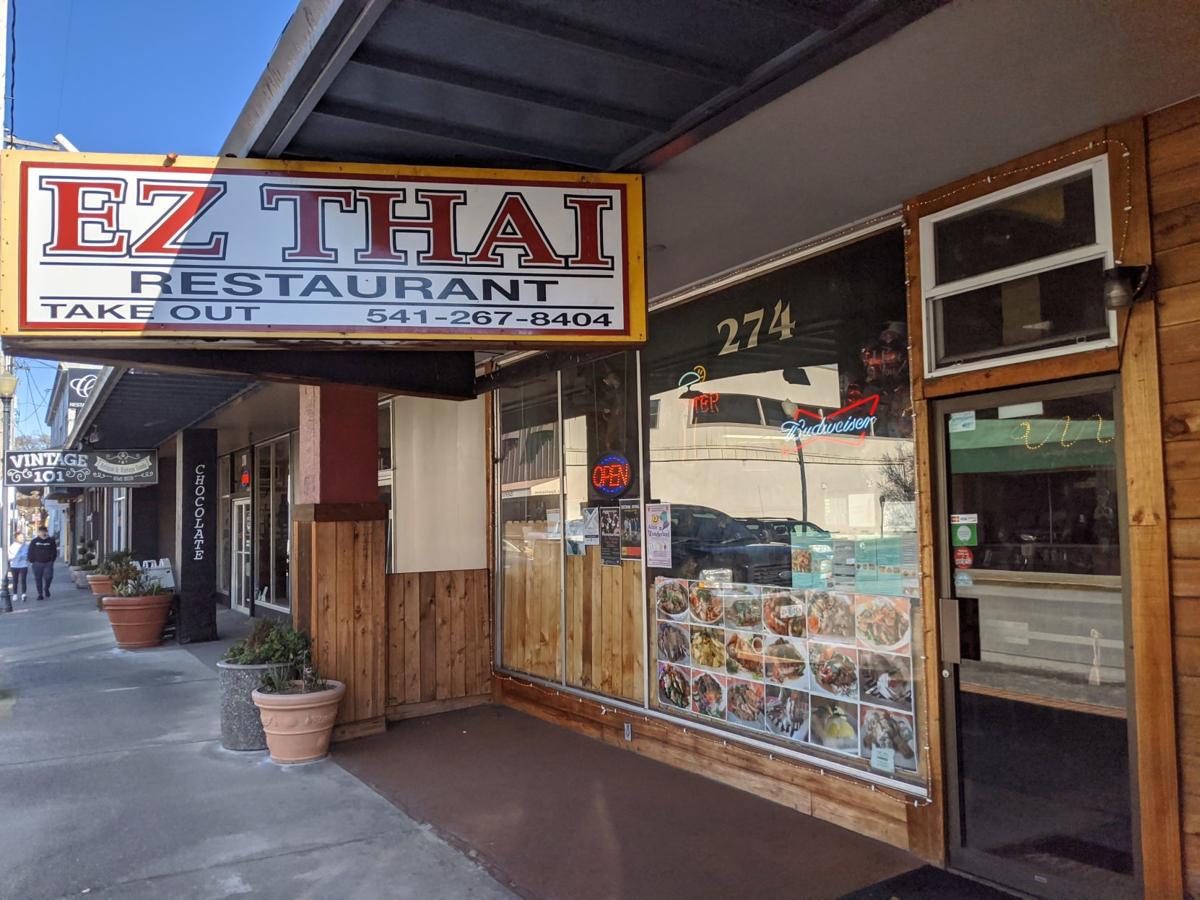 EZ Thai is located at 274 S. Broadway in downtown Coos Bay in the row of restaurants across from the Egyptian Theatre. 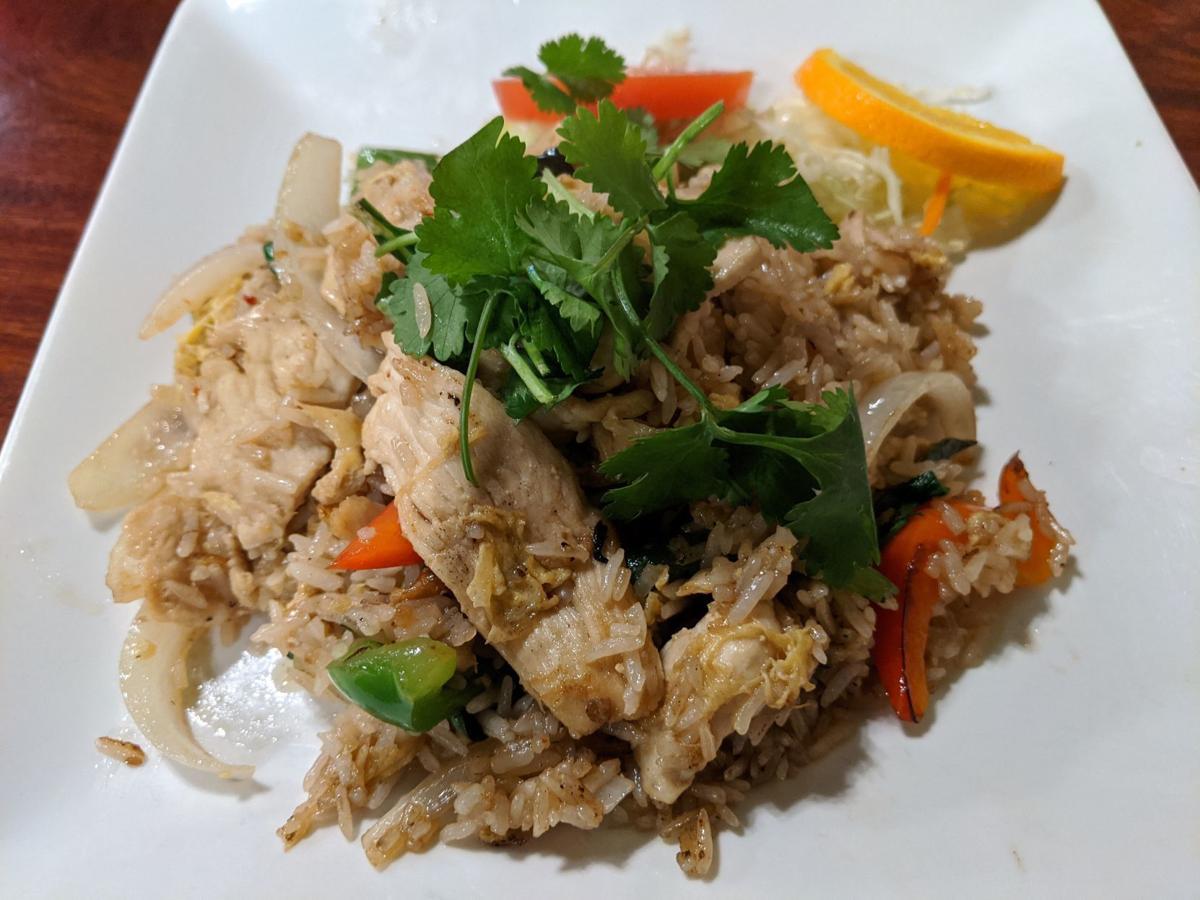 My intentions were to order something new. When my plan didn't fall into place, I fell back on my usual order, the Spicy Basil Fried Rice with chicken.

I think it's part of my job description.

In restaurants, I'm the same way. I usually have two choices ...  just in case.

Until the day you don't.

EZ Thai is located at 274 S. Broadway in downtown Coos Bay in the row of restaurants across from the Egyptian Theatre.

And on that day, you find what you want and toss the menu aside.

Then you order and your server gives you 'that' look before she says, "Let me check with the kitchen."

It's not the restaurant's fault and I never blame them. I've been going to restaurants long enough to know when you are going close to the time a restaurant opens that not everything is going to be ready.

Such was the case on Monday at EZ Thai. I went in with the idea that I was going to order something I've never tried before. Then, I saw the sign on the wall over our table that said "Seafood Ravioli."

Sports editor John Gunther asked me what I was considering, and when I  pointed it out, he said, "That sounds like it is right up your alley."

Then we ordered and our server headed back for the kitchen.

Still no Plan B.

I kept one eye closed and my fingers crossed and waited.

Usually, this is not an issue, I just go on to my next choice. Monday, there was no Plan B.

Turns out Plan B was panic.

So despite my resolve to order something new, I caved under the pressure and fell back to one of the items I normally order — the Spicy Basil Fried Rice with chicken.

My intentions were to order something new. When my plan didn't fall into place, I fell back on my usual order, the Spicy Basil Fried Rice with…

For those of you who have read Cuisine for several years, you know that this is my wife's favorite Thai dish. Although, she orders it a little more spicy than I do. She's a medium heat at least, and I'm a lot closer to mild. Seems the older I get, the closer to mild I get. (OK, those of you that are chuckling right now, stop it.)

John ordered the Pad Veggie Delight with beef. This is also right up John's alley, with lots of veggies, including broccoli, cabbage, carrots, baby corn, onions and bell peppers with garlic sauce. He ordered it without the mushrooms.

Over lunch we chatted about Bud Grant's memorial over the weekend and the fact that Star Wars was playing on the television over my left shoulder.

It's amazing how young they all look. Was Mark Hamill in high school when they filmed that movie? OK, I looked, he was 26, but I could swear he wasn't shaving yet. And Carrie Fisher was only 21.

I still remember standing in a line that wrapped around a city block to see that movie.

We didn't have to worry about lines on Monday, and the spicy basil fried rice is always good, and it was again. But, now I'm looking forward to going back and giving that Seafood Ravioli a try.

Stockpot: The one that got away; and two more that didn't

The Lumberman's Burger will have to wait for another day. We've tried a lot of big burgers along our journey, but The Lumberman's scared both of us. The menu reads: "The biggest, juiciest burger in town. One full pound of hamburger topped with bacon and two kinds of cheese. Guaranteed filler-upper." One pound!?