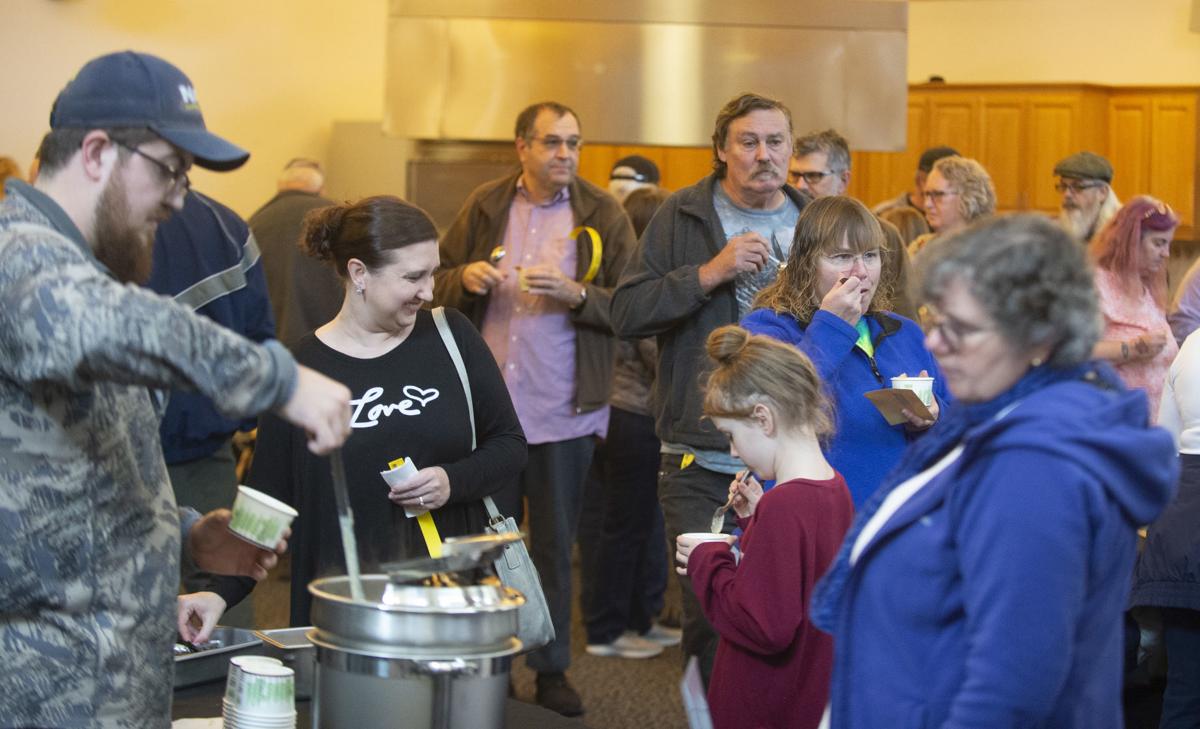 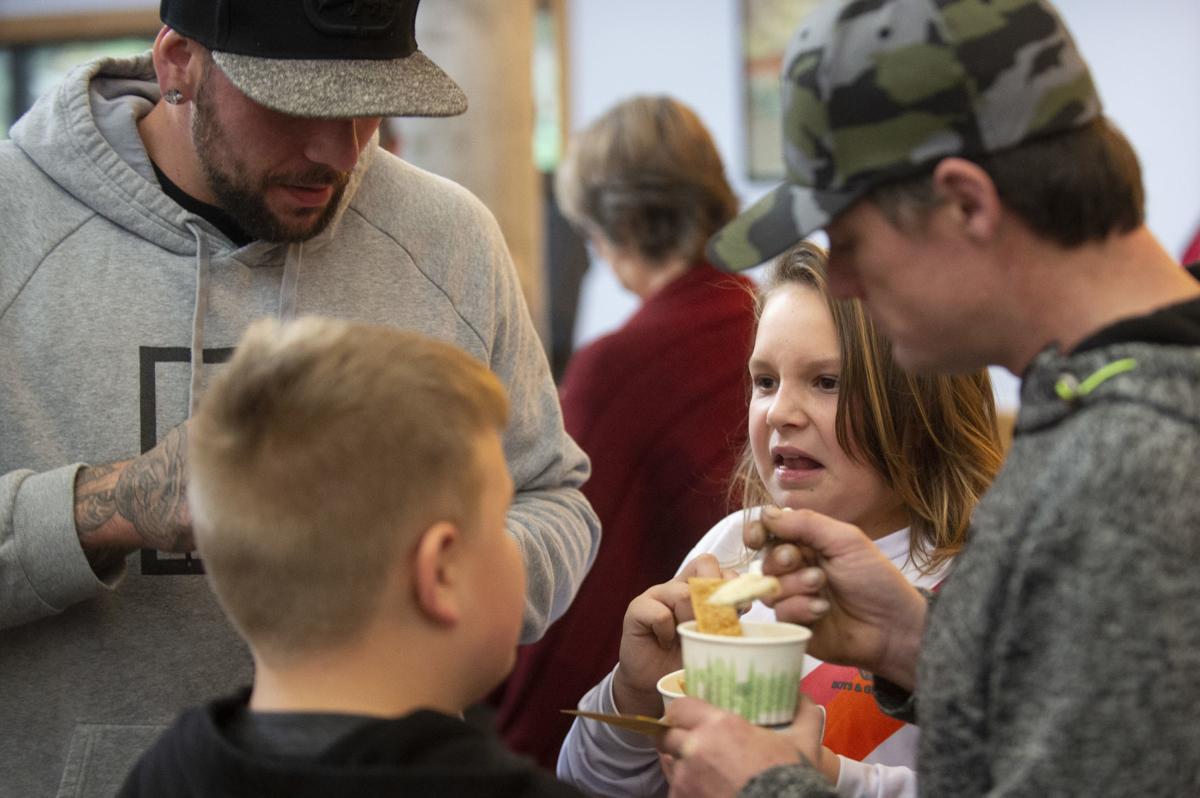 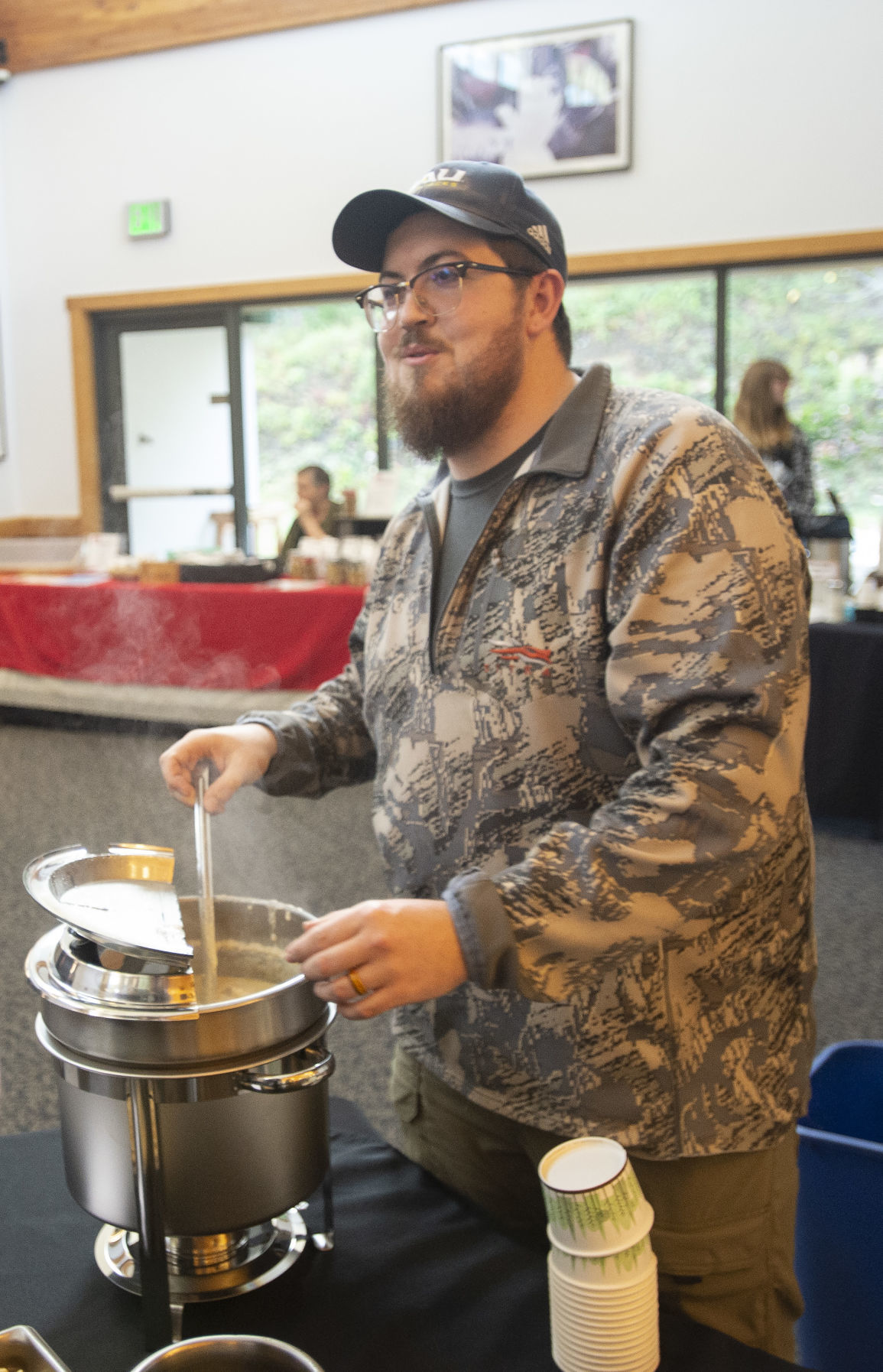 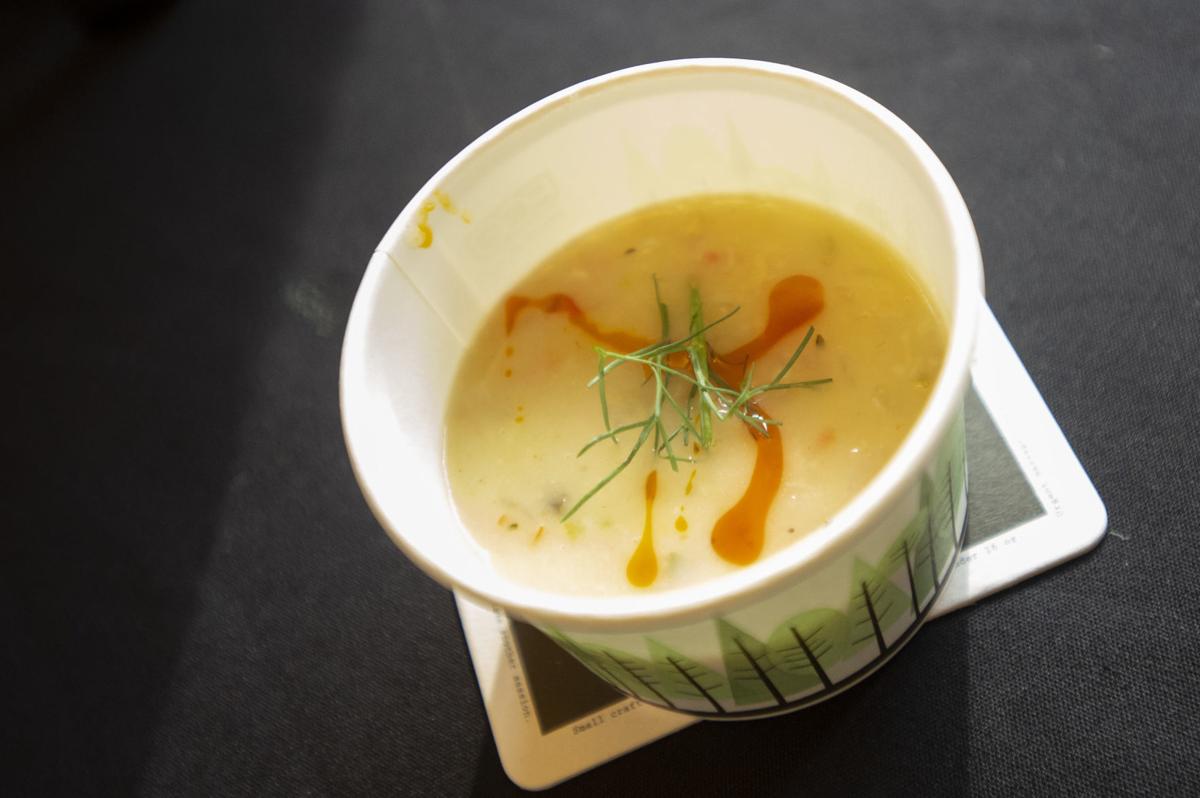 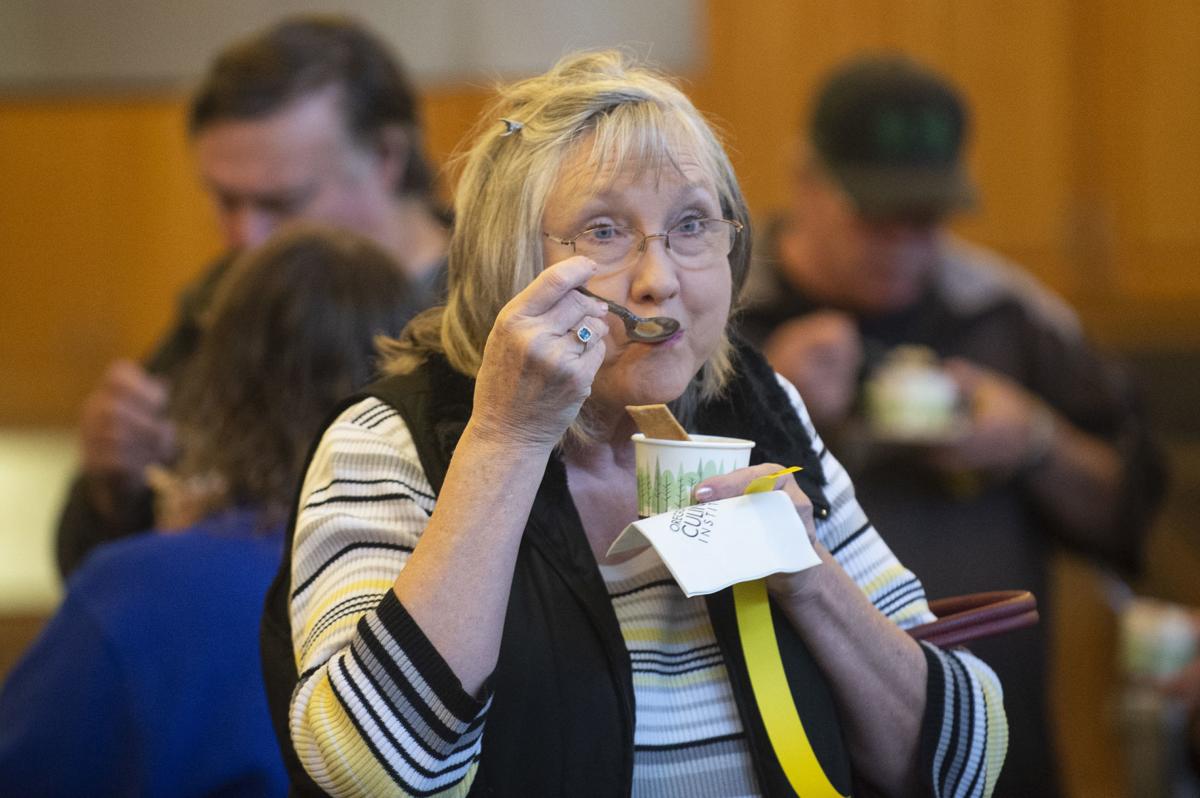 COOS BAY — Soon after moving to the South Coast about a year ago, I asked the question many of us do when we first arrive to this unique, seaside community: Where is the best place to get a bowl of chowder?

Over time, I’ve heard plenty of recommendations of must-stop places to visit, but as luck would have it over the weekend a competition kicked off to judge who really has the best chowder around town.

As a person who didn’t necessarily grow up eating chowder, the excitement to try a variety of chowders from some of the area’s best known restaurants was an opportunity I was more than happy to participate in.

Walking around the tasting room at OCCI, I overheard a few folks mention the clam chowder submitted by Mean Street Sandwich Shop & Bakery, which is located on 263 North Broadway in Coos Bay, as a dish that stood out to them, so naturally I stopped by.

A creamy chowder with lots of bacon mixed in, owner Patrick Spence Jr.,  described his chowder as an everyday, traditional soup with lots of flavor.

The dish featured all the makings of a traditional chowder: a thick, creamy base with lots of tender vegetables — one that made it hard to not stop by for seconds.

A few booths away, was 7 Devils Brewing Co., located on 247 South Second Street in Coos Bay, which also submitted their best chowder. Chef Shaun Gumaskas presented folks with a lighter clam chowder featuring clam juice, an array of vegetables and a homemade chili oil for garnish.

The chowder also featured a spicy kick to it, which for me is always a good thing. According to Gumaskas, the added paprika, chili powder and garlic is what gives the dish that added depth of flavor. The soup, which is part of a rotating “Soup of Day” menu at 7 Devils, was among my favorites.

Another standout chowder came from McKee’s Pub, located at the Bandon Dunes Golf Resort on 57744 Round Lake Road in Bandon. The seafood-heavy chowder featured shrimp, crab and of course clams.

Paige Flansberg, 9, samples a chowder she doesn't like Saturday during the insugural South Coast Chowder Competition and Craft Bazaar at South…

The first place winner was Mean Street Sandwich Shop & Bakery in Coos Bay, second place was Bandon Dunes Golf Resort in Bandon and third place was The Crazy Norwegian's in Port Orford. A people’s choice award was also handed out to the Blue Heron Bistro in Coos Bay.

While I was presented with an opportunity to sample nine clam chowders each showcasing a different restaurant’s take on the comfort dish, I quickly understood the filling aspect found in most chowders was very much true.

With that said, I tasted only a few chowders and gave my remaining tickets away to folks who were better suited for the task.

Having only tried a few chowders presented at Saturday’s competition, I don’t think I could say with a hundred percent certainty which one was the best, but I can say one thing: The South Coast does have the best lineup and variety of chowders any seaside community could hope for.

Plankhouse: Burger-Mania - Starting a tour of some of our favorite burger places

NORTH BEND — Just about three years ago, I brought sports editor John Gunther to The Mill Casino-Hotel to try out the "new" wings on the menu …