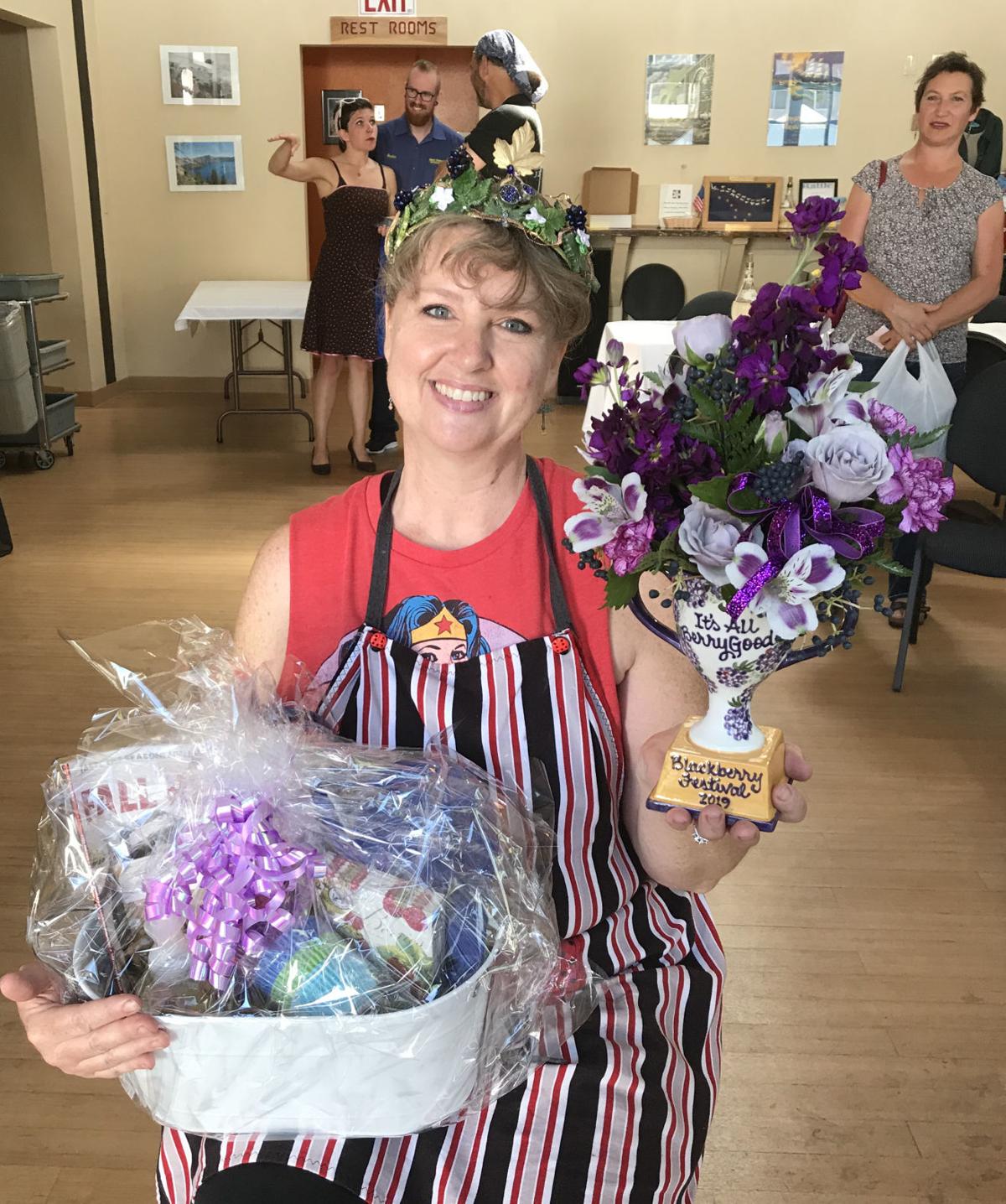 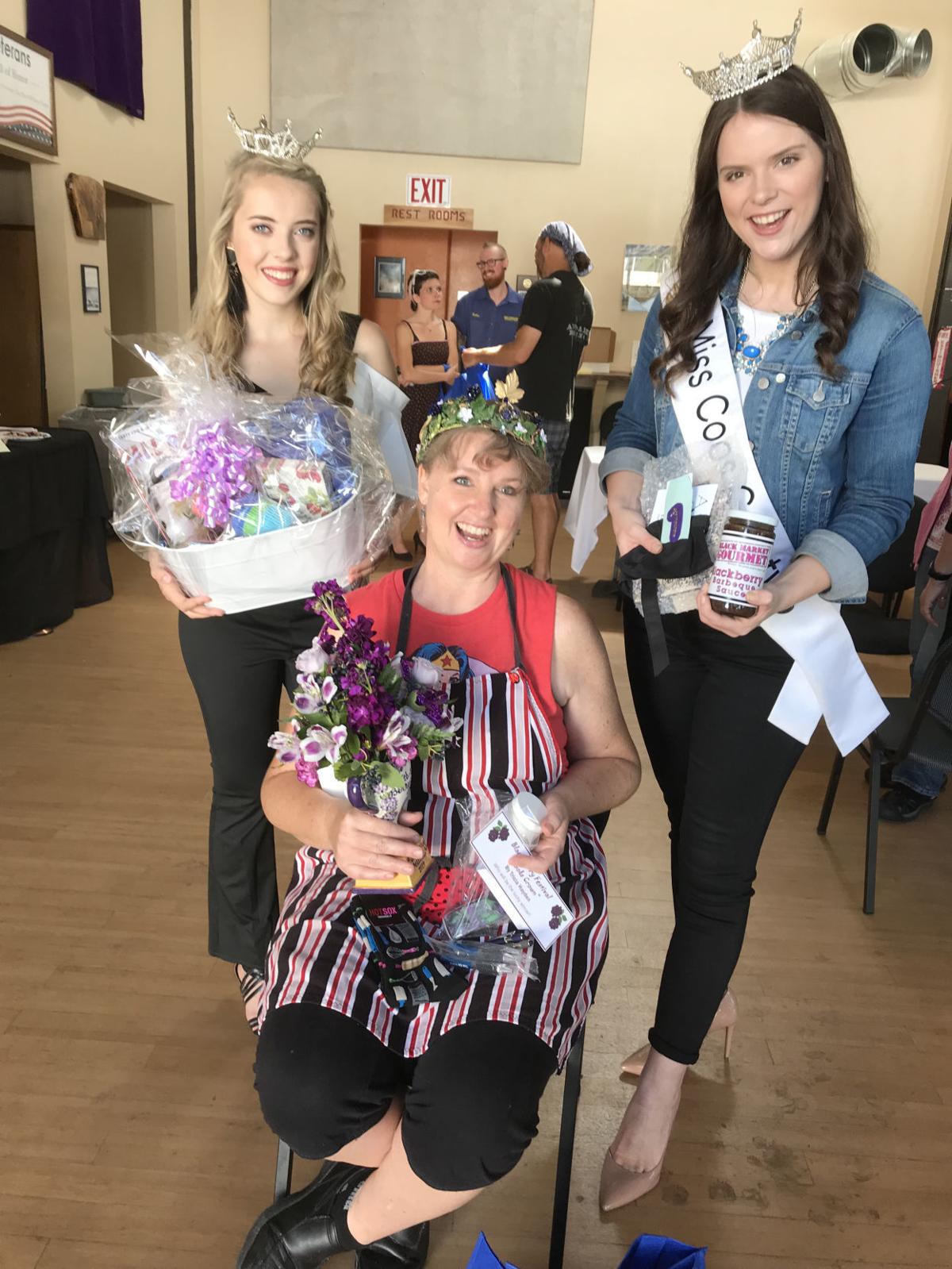 COOS BAY - Back when I was organizing Music on the Corner, it was for the Coos Bay Downtown Association. That was a series of free lunchtime concerts at the corner of Fourth and Anderson every Friday starting after the Fourth of July and continuing through the end of August. That was a big accomplishment for me but sadly it ended when the lot had interested buyers and negotiations began with the city.

Fast forward to the new event I am charged with through my involvement with the Promotions committee of the CBDA. I volunteered to take over the Blackberry Arts Festival recipe contest. NW Natural agreed to sponsor it for the third year. Hurdle one complete.

The next hurdle was a location. The Elks lodge downtown came to mind, right in the middle of the festival. I asked, they agreed. I thought it would be fun to just make it part of the festivities.

Oh and by the way, the community drum circle was my idea. I will sneak over to drum with my friend Marna coming all the way from Ophir. She was there the first year in 2014 with her cahone (a box drum you can sit on) along with her brother, Scott, and his drums visiting from Mexico.

Back to the contest. I made announcements through the paper, the CBDA newsletter, flyers and posters around downtown.

Then came gathering prizes, $100 Visa gift card from NW Natural and an apron from CBDA were certain but I wanted to take it up a notch by adding more prizes.

And so, if you didn't enter, you really missed the boat! This year's grand prize winner got of an amazing gift bucket of cool berry and kitchen related gifts with a $100 Visa gift card from NW Natural, which is pretty spectacular all by itself. But additionally, she won the one-of-a-kind blackberry-themed crown created by artist Tricia Hayden, a one-year subscription to The World, a one-of-a-kind blackberry themed mug and a $30 gift plaque donated by the Pottery Co., a bouquet in that mug donated by Checkerberry's Flowers & Gifts, a mini apron created by Linda at Joann's with a $25 Joann's gift card, a custom blackberry-scented gifts from Canard Labs, some tasty seasonal blackberry fudge from Riddle Fudge, a jar of blackberry barbecue sauce from Black Market Gourmet, a limited edition Blackberry Arts Festival sweatshirt from the Coos Bay Downtown Association, some fun themed socks from Jennie's Shoes, and a much-needed recyclable bag donated by The World.

Second Prize was nearly as spectacular, with a one-night stay at Honey Badger Ranch Cabin in Powers. It's pet friendly, sleeps five, is right on the South Fork of the Coquille River and within walking distance of downtown Powers. Additionally there was $50 gift card from The World, a $25 gift card and mini apron from Joann's, a $20 gift plague from the Pottery Co., a bar of blackberry-scented soap from Canard Labs, blackberry fudge from Riddle Fudge, blackberry barbecue sauce from Black Market Gourmet, socks from Jennie's Shoes and a Blackberry Arts Festival sweatshirt from CBDA.

Even third place raked in some of the same gifts as first and second.

I held a $25 gift certificate from 7 Devils Brewing Co. and a $25 gift card from The World for honorary mentions. Everyone who entered got a spatula thank-you gift from NW Natural, pens from Bi-Coastal Media, and a bag and pen from The World. All prizes were donated by Coos Bay Downtown Association members. For more information about the organization, find them at coosbaydowntown.org.

The Elks ladies and guest judge, Bear from Bi-Coastal Media, named this year's "It's All Ber…

At some point, these recipes will go into a cookbook of sorts so include that in your incentive to enter next year.

Coos Bay jams out at the 37th Blackberry Arts Festival