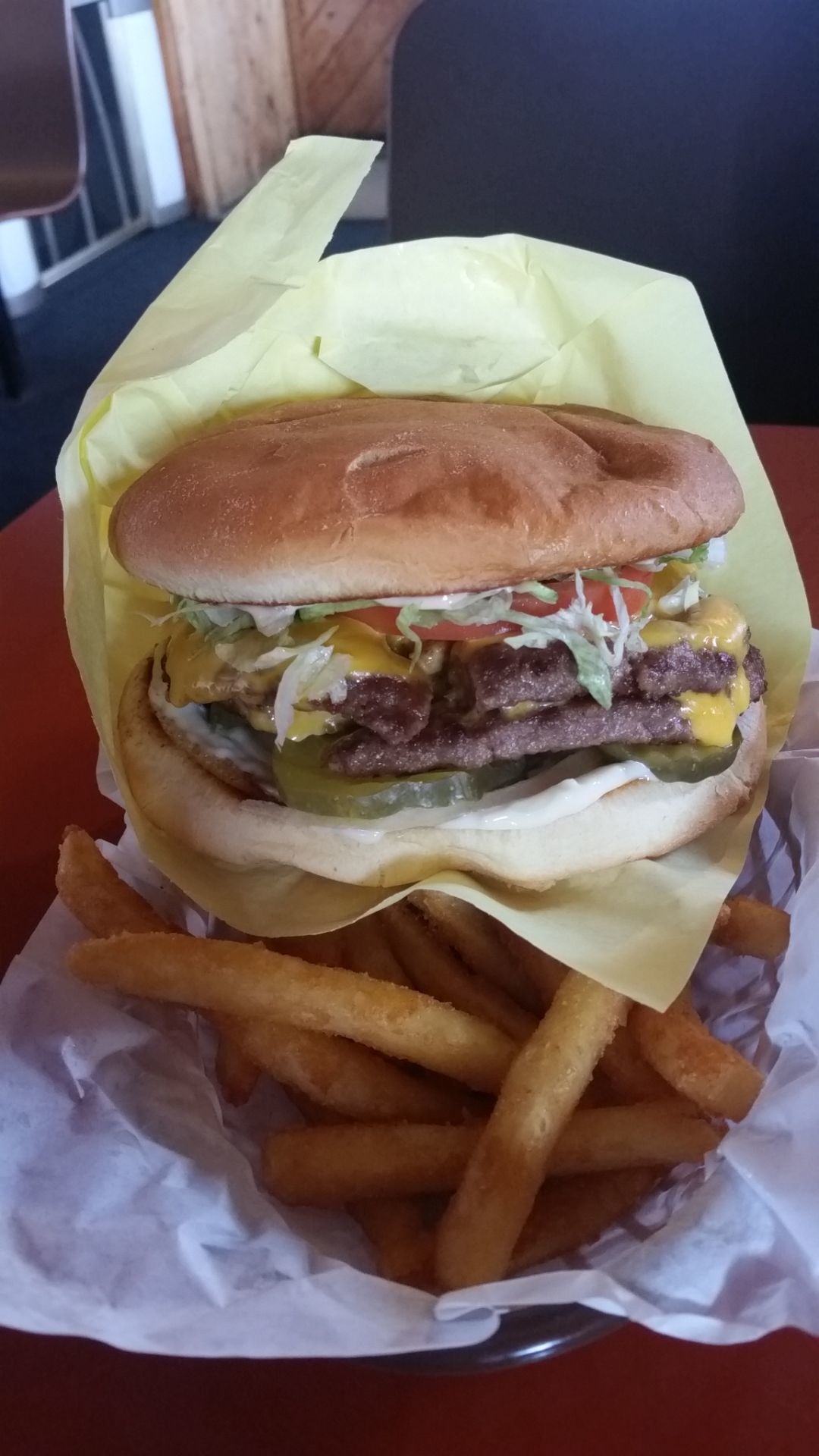 The Bay Burger Special at Bay Burger Inn-Praus Haus on Newmark Avenue in Coos Bay. This massive burger has two patties on a six-inch bun. 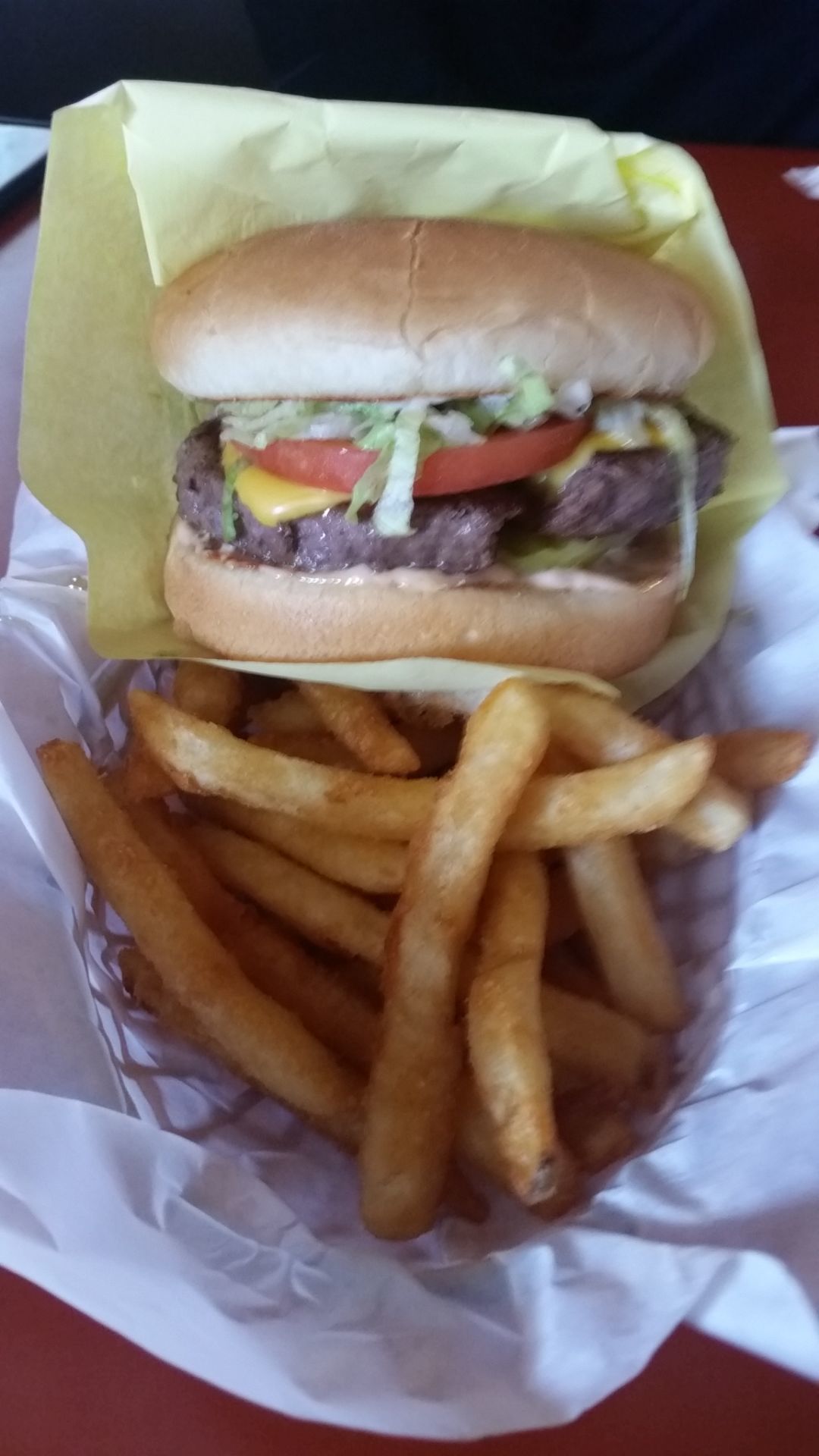 The Elk Burger at Bay Burger Inn. This was one of my first forays into ordering elk. 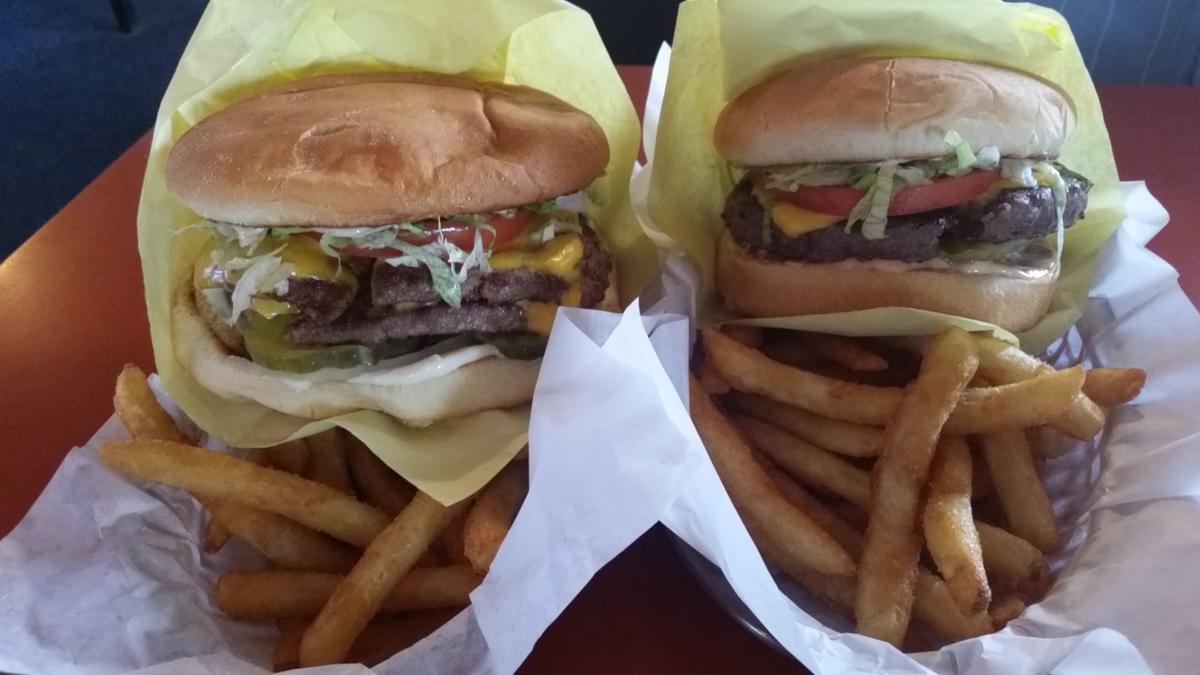 The Bay Burger Special on the left, dwarfs the regular-sized elk burger. 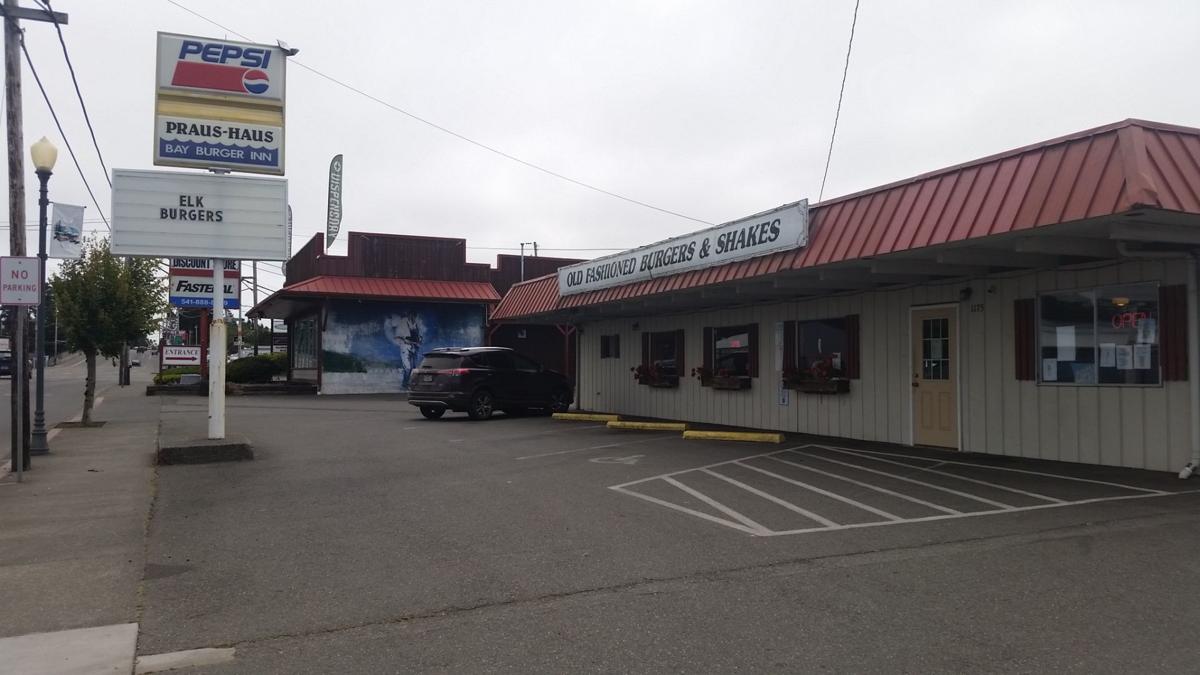 COOS BAY — Sports editor John Gunther and I have some unusual conversations over lunch.

Monday was one of those times.

We had ordered at Bay Burger Inn-Praus Haus and were wandering around the dining room looking at the photos, and there were poster-size pictures of James Dean and Marilyn Monroe.

Now, I'm a little older than John, but Dean even predates me a little bit, having died almost a decade before I was born.

But, I know if they threw a picture of Elvis up on that wall they'd have three of the biggest names on the planet during the '50s and '60s — just Dean's career was much shorter even though all three died way too early.

On the drive to the restaurant, I told John that its been a little while since I've been to Bay Burger Inn. It had also been a while for him. After I got back from lunch, I looked up the last time I wrote a story ... it's been a while, November of 2006.

I'm glad it's still there.

We were both in a burger mood, despite my recent effort to cut down on carbs. But, I've been good for the better part of a week, so one meal won't kill the diet.

Someone even noticed the change in my order last week, sending me a text that read, "The paper says you had a salad but Brian thinks you were pulling the wool over our eyes and that you actually had a burger."

Mrs. Davis, thank you for noticing, and for reading Cuisine.

I did have the salad, but this week I am having the burger.

And not just any burger, I ordered the Elk Burger, which comes on the regular size bun with all the fixings.

The Elk Burger at Bay Burger Inn. This was one of my first forays into ordering elk.

Outside of chili John made for a luncheon we had here at The World, this was my first experience with elk.

For those of you lucky enough to have grown up in rural areas, elk is probably something you have had since you were a child. For me, I never got anywhere close to an elk until a trip to Yosemite as an adult and at the time I don't remember thinking he would make a great burger.

I'm not sure what I was expecting, but I was very pleased with my order. The elk was really good and it made a really good burger.

The Bay Burger Special on the left, dwarfs the regular-sized elk burger.

John ordered the Bay Burger Special. Which is the burger in the photos that makes the other one look small, and needs two hands to eat. It comes with two patties, cheese and all the fixings on a massive 6-inch bun. And a pile of fries.

Once again, John tackled one of the biggest burgers around.

He also left happy with his order ... and very full. A big veggie guy, John was very happy with the veggie-to-meat ratio of his burger.

While burgers dominate the menu, there are plenty of other options from fish sandwiches to grilled cheese and chicken strips along with their famous milk shakes.

I made a comment about halfway through the meal that drew a chuckle from John.

"I'm not sure if I'll be able to drive by Dean Creek and look at the elk the same way again."

Schooner Cafe: Deck dining is one of summer’s simple pleasures