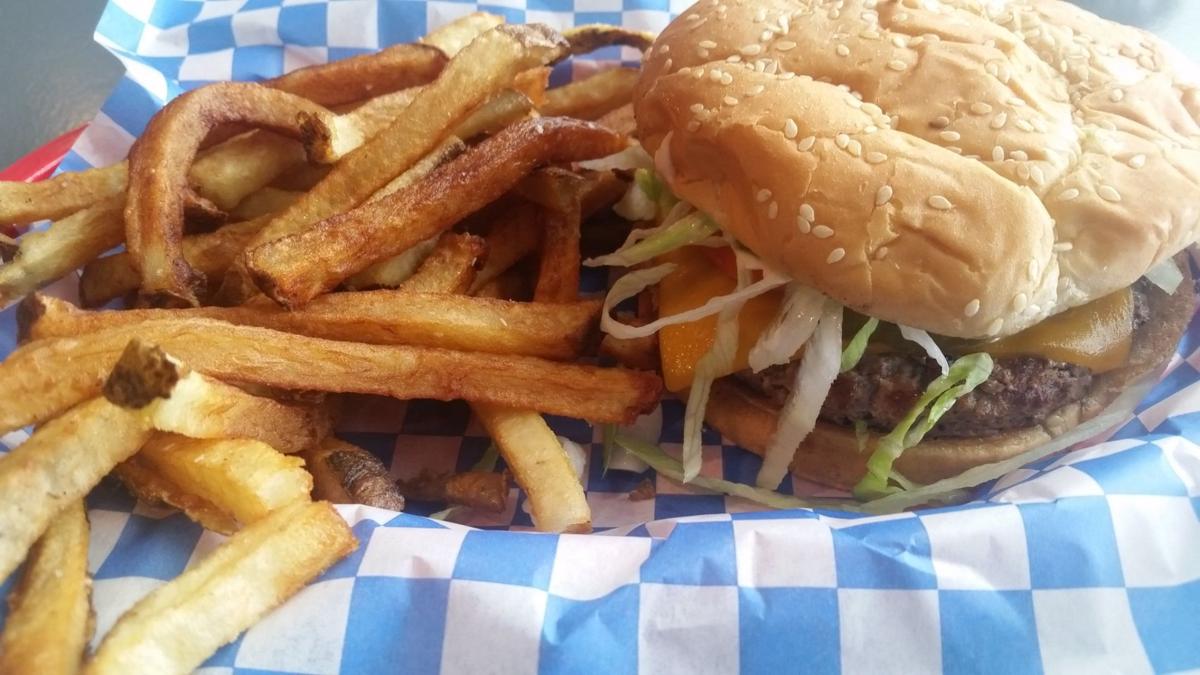 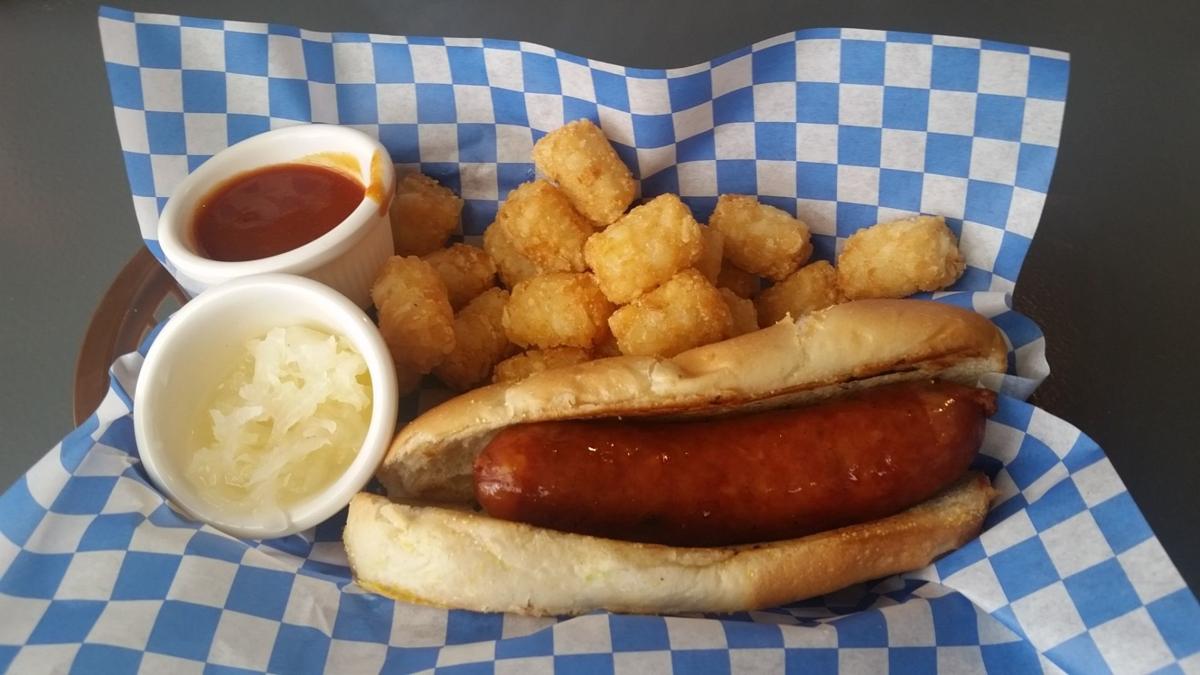 The Berliner spicy brat, comes with saurkraut and curry ketchup, and I got the tots instead of the fries.

COOS BAY — Sometimes new ownership can really make a difference in how part of an operation works.

Take the Coos Golf Club, which was recently purchased by Andre Liloc. His brother, Paulo, runs the restaurant.

Coos Golf Club, formerly Watson Ranch and the Coos Country Club, has gone through several groups over the past decade trying to run the restaurant at the course.

One of the main issues had been inconsistent hours of operation. Then there would be stretches of time after one group left and another one started. And if you're looking for something cold to drink after a round of golf and you see a "closed" sign, it's frustrating.

Thus, I think this new situation will be much better for both golfers and the community in general. The restaurant is open to anyone, and if you're looking for a place to take a large group or hold an event, they have plenty of room.

The Berliner spicy brat, comes with saurkraut and curry ketchup, and I got the tots instead of the fries.

It is such a nice place to play golf, it's going to be really nice to have some consistency in the restaurant/bar.

Sports editor John Gunther and I chatted with Paulo last week about how the restaurant was going to operate.

"We'll open earlier on Wednesdays for Mens' Day and we'll stay open a little later on Tuesdays for Muni Madness."

This consideration for the golfers is going to make them very popular.

With the earlier hours, the Clubhouse will now serve breakfast, and has four menu options, including breakfast tacos and French toast along with a couple more traditional offerings.

Among the Clubhouse Faves portion of the menu are two brat plates. One comes with a trio of traditional, spicy and cheesy brats (Paulo said he expects people are going to share this one). The other, The Berliner Brat, gives you your choice of which brat you want and it comes with kraut and curry ketchup, and you get either fries, tots or chips with it.

This is what I ordered. You have to understand, my parents grew up in the midwest. I think sausage is one of the five food groups there. So I was raised with sausage as a staple of my diet.

I ordered the spicy brat ($8), with the kraut and the curry ketchup. I also got the tots. John ordered the Clubhouse Burger, a grass-fed beef patty with cheddar cheese, lettuce, tomato, onion, mayo and ketchup ($8). John got his burger with fries.

So, I had high hopes for my lunch. I was not disappointed. The brat was nice and juicy and had a ton of flavor. It was spicy, but not 'hot.' The bun was hearty enough to hold up to a brat with kraut and ketchup. And the tots gave me something else to dip into the curry ketchup.

John also gave his burger high marks, saying that the grass-fed beef really makes a difference in a burger's taste.

Other interesting things on the menu include a wing plate and a couple of potato recipes; a Tot Poutine, with tater tots (or fries), cheese curds and gravy. The other is Katie's Taters, which is fried potatoes layered with melted cheddar, bacon and chives with sour cream on the side.

I like the start of what I'm seeing at the restaurant here. I hope to chat with a few golfers the next time out and see what they think.

Tin Thistle: When good food is good for you

NORTH BEND — There's only one problem with ordering Cinco de Mayo lunch a week early and when you're still on the clock for work.

Luigi's will continue to grind it out

King Neptune's is back