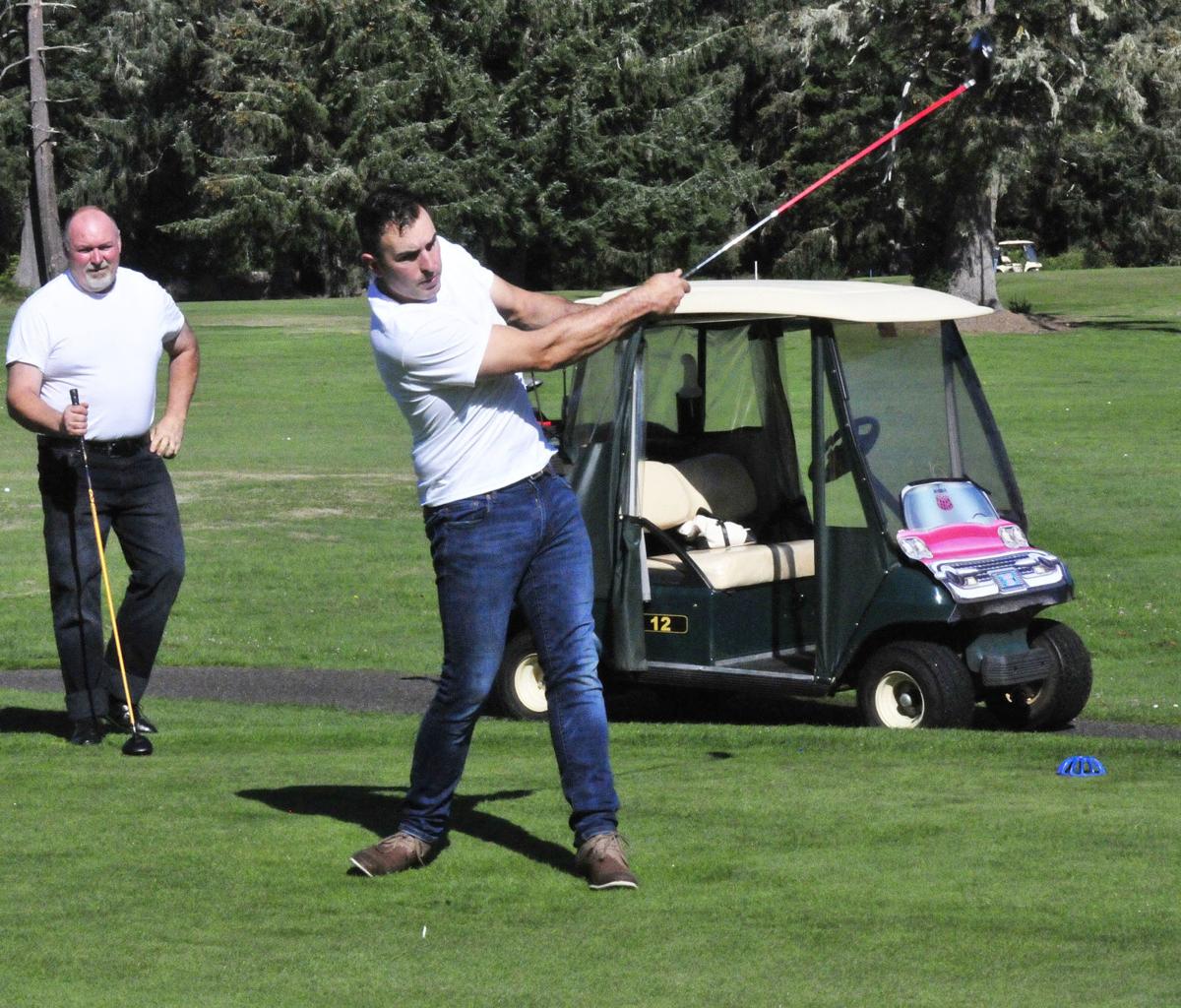 Tom Dailey drives his ball down the fairway, while Police Chief Matt Smart watches, during Reedsport Education Enhancement Foundation's golf scramble fundraiser. REEF operates as a booster club to raise money for education and to support the schools. 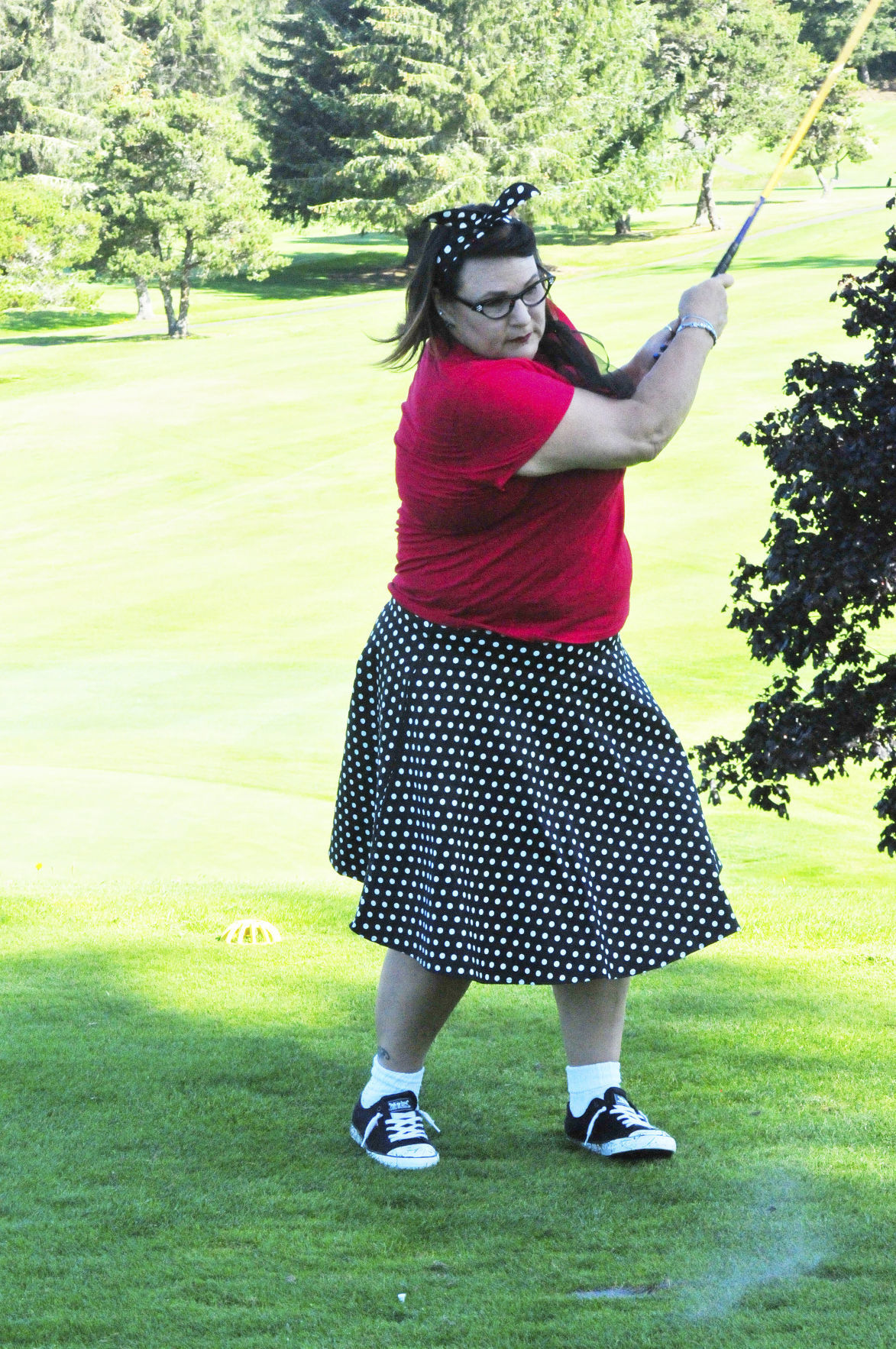 According to Tom Huebner, one of the founders of REEF, after expenses they had approximately $7,800. There are no current projects REEF is working on. However, they are constantly accepting grant proposals and vote for new projects regularly.

"We did really well, with some very generous people letting us pick their pocket a little," Huebner said.

REEF works under a grant system where parents, teachers and schools in the Reedsport area apply for funding for a project or wish list item. Once a month, REEF meets and votes on the available applications. The funds often go to projects the school district is unable to afford on its own, like band instruments, uniforms, technology and similar items.

Since its inception in 2000, REEF has raised approximately $400,000 for the Reedsport schools. All of REEF's grants are funded by donations from the community, coming either during an event or as a separate donation. Huebner said it's incredible what they've been able to do, as a small community. The fall golf scramble is their main fundraiser of the year, though they are constantly accepting donations from the community.

"It's what really keeps us going," he said. "It's the community generosity that lets us keep doing what we're doing."

Get exclusive local and national political news in your inbox.