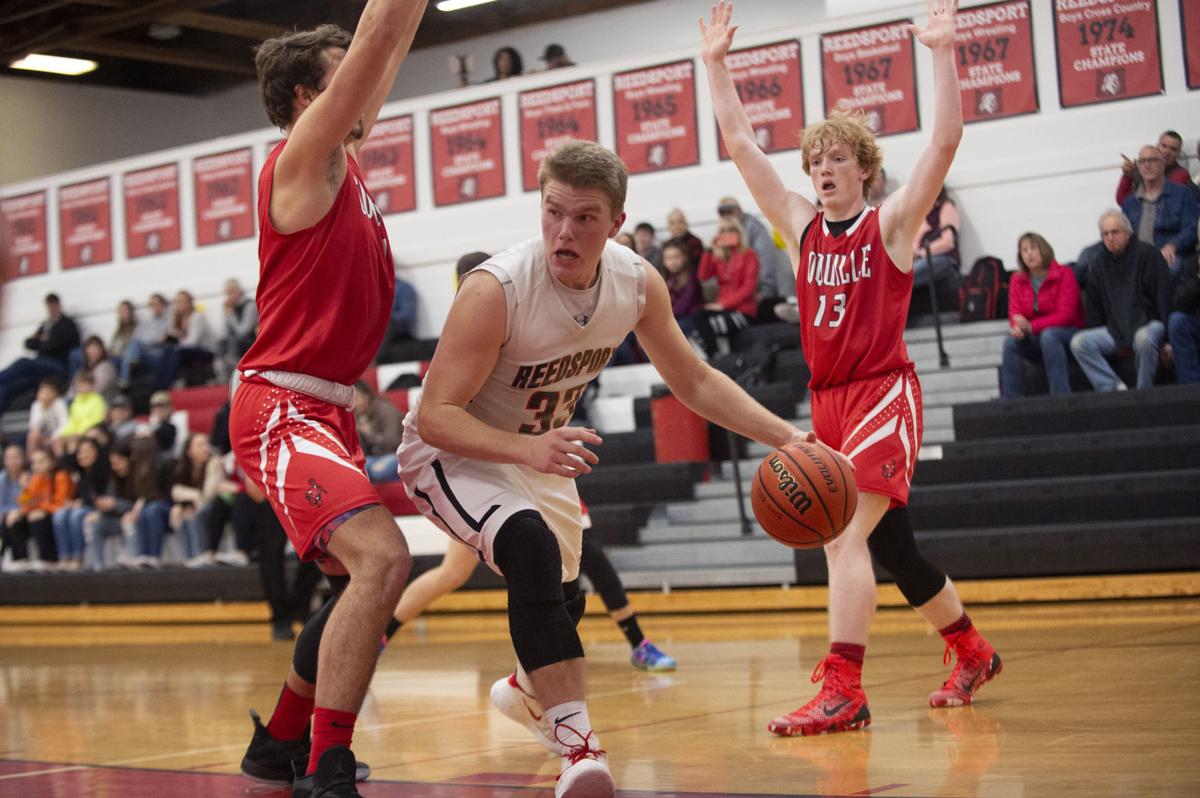 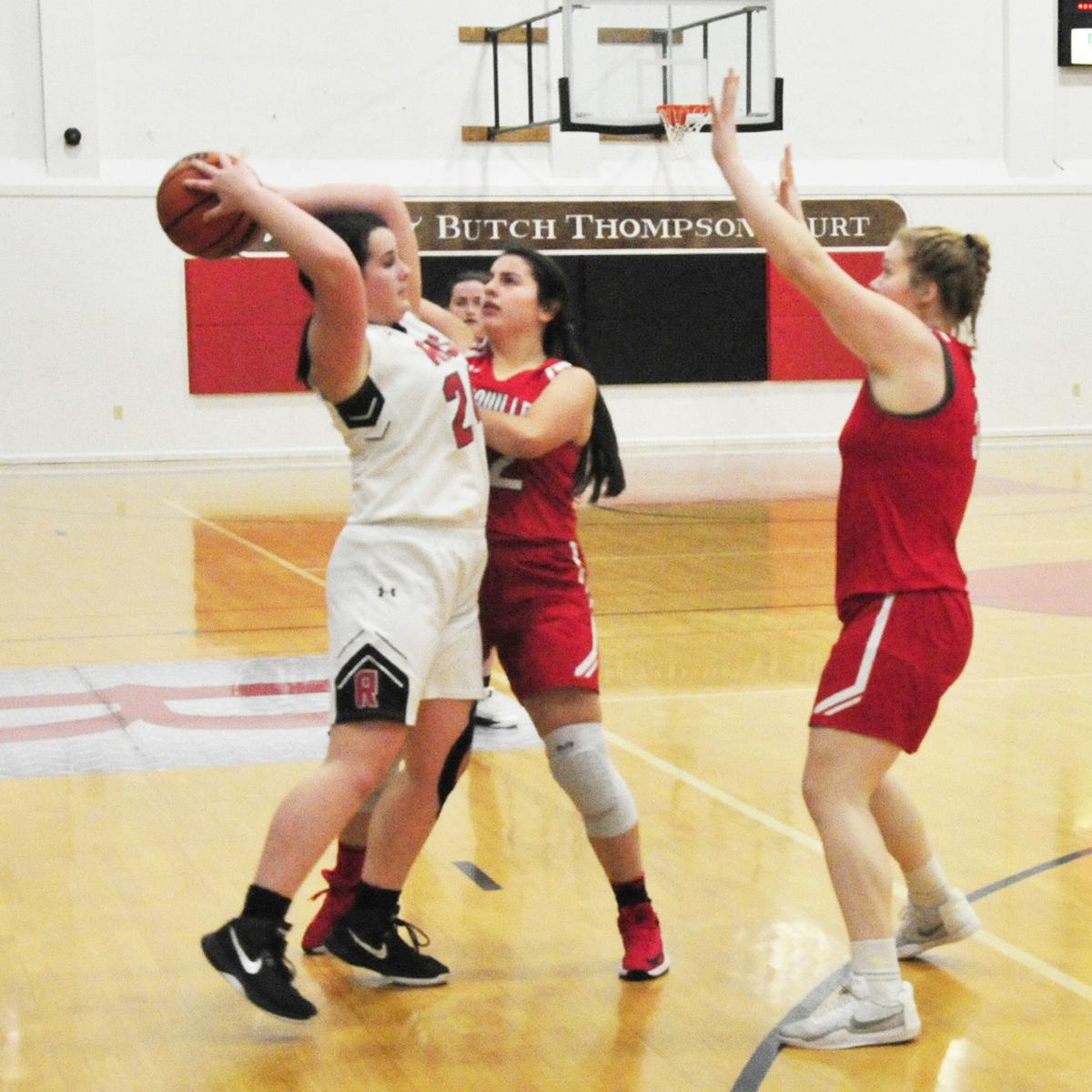 Jenna Corcoran prepares to pass the ball past Coquille's defenders during the Brave's home game against the Red Devils last week.

Reedsport’s boys basketball team missed a chance to knock off the top two teams in the league standings last week, but because Toledo and Coquille remain No. 1 and No. 2 in the Class 2A power rankings, the Brave remain in good shape for a spot in the playoffs.

Jenna Corcoran prepares to pass the ball past Coquille's defenders during the Brave's home game against the Red Devils last week.

On Tuesday, Reedsport had an opportunity for a big win at Bandon, which edged the Brave in their first meeting and is third in the league standings. Results weren’t available by press time.

With the top three teams finished, Reedsport now faces the three teams it beat in the first round of league play, hoping for a strong finish to the season to enhance its playoff chances.

The Brave host Gold Beach on Friday, then visit Waldport and Myrtle Point next week.

“If we can improve enough that we can then take care of what we should be able to do against the teams that we can beat in the second half, we’ll be OK,” Reedsport coach Allen Chaney said. “We’ll be right where we have a shot and that’s all you can ask, have a shot to make it to state at the end.”

As long as Toledo and Coquille don’t end up tied for first and Reedsport finishes fourth, the Brave would have a chance to battle back through the league playoffs to earn an automatic playoff berth.

Despite the losses last week, Reedsport remained 11th in the power rankings, which would put the Brave in the playoffs with one of the four at-large spots for the highest ranked teams that aren’t automatic qualifiers.

Reedsport had hoped to keep the score close against Coquille, but instead fell behind 37-24 at halftime.

Friday’s loss to Toledo left the Brave with a 12-7 overall record. The five teams to beat the Brave all would be in the playoffs with their rankings at the start of the week.

In addition to the remaining league games, Reedsport also has one final nonleague game at home against Butte Falls on Monday, Feb. 17.

Reedsport’s girls, meanwhile, still are hoping to get a league win after they lost last week to Coquille (73-16) and Toledo (61-24).

The Brave had their highest-scoring game of the season in their first meeting with Reedsport, scoring 40 points.