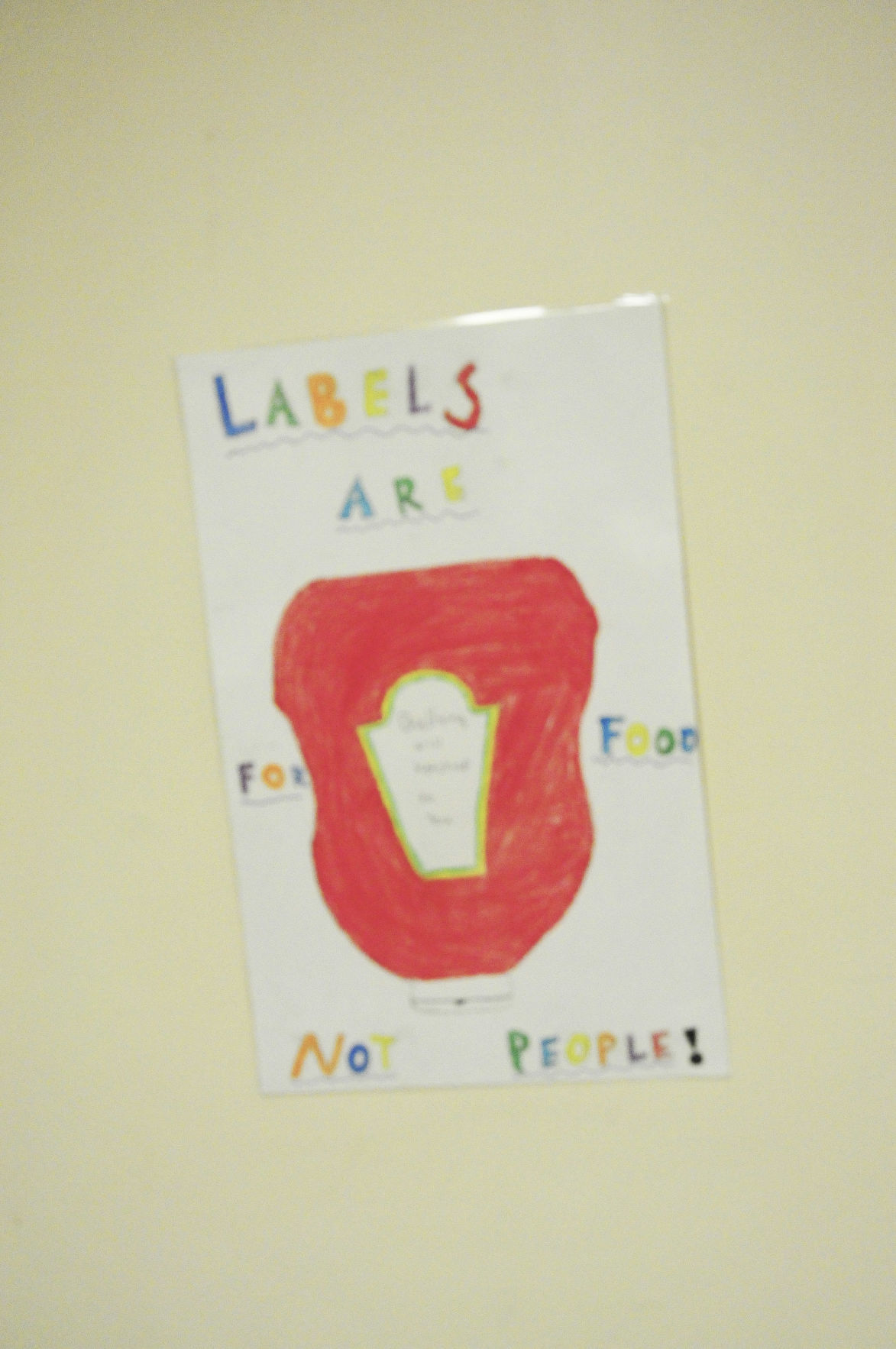 One of the top student-made posters reminds the Highland Elementary community not to bully others. 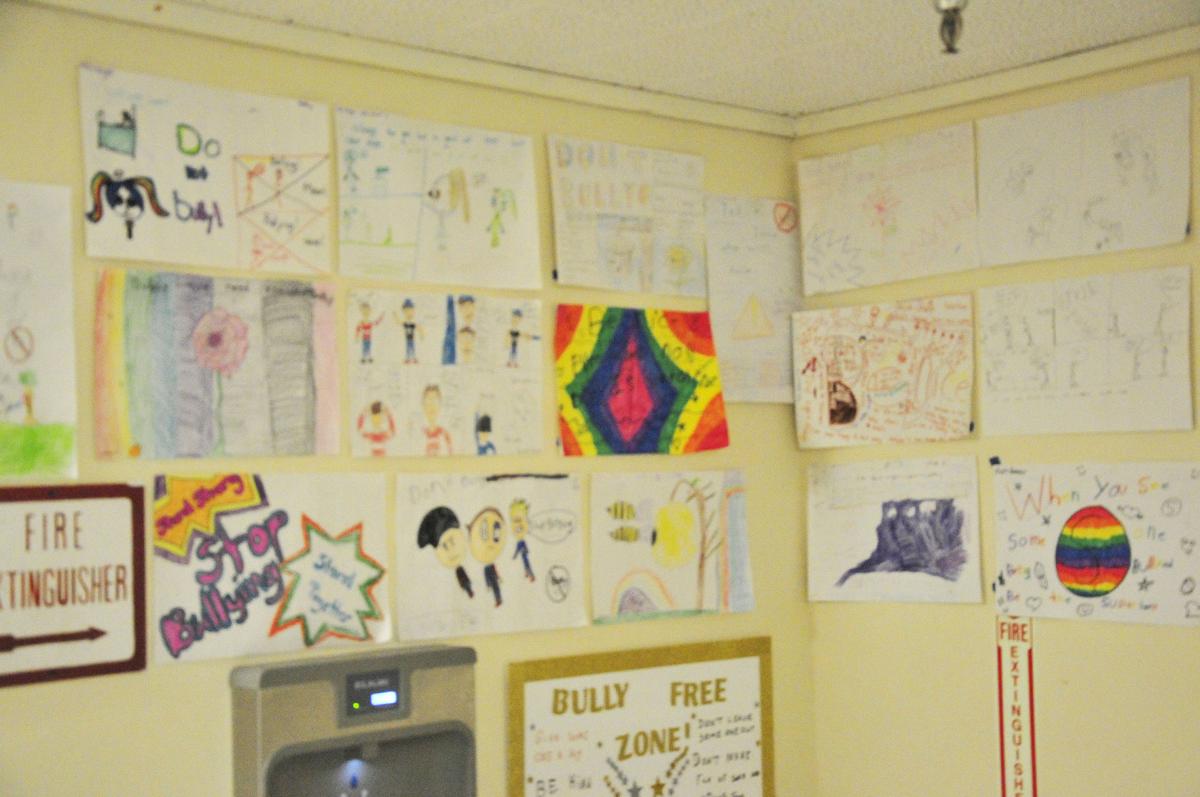 A display of posters created by Highland students reminds everyone not to be bullies.

One of the top student-made posters reminds the Highland Elementary community not to bully others.

A display of posters created by Highland students reminds everyone not to be bullies.

REEDSPORT — The Reedsport schools are working to tackle bullying issues through an approach encompassing all grade levels.

Currently, Highland Elementary has a campaign going where, during the first half of the year, students learned to "be a buddy, not a bully" and how different actions can make a person feel bad, even if that wasn't the intent. The older grades created posters and slogans to put up in the halls for the younger kids, while the lower grades colored pictures for their older peers.

Before students returned from winter break, the posters and pictures were moved back to their respective halls. Dan Smith, student services coordinator at Highland, said they wanted the students to come back and have a reminder of the anti-bullying message as soon as they came in so it was put back at the front of mind.

The best posters from all the grades were voted on and put up around the school, with slogans such as, "Bullying comes back to you" and "Labels are for food, not people."

As part of the campaign, students from Reedsport Community Charter School are working on a presentation on bullying. Sometime after Memorial Day, the presentation will be given to all Highland classes.

By including all the grades in different ways in the campaign, and having everything come together, all the students are promoting the anti-bullying message. Smith noted that kids respond better to hearing a message from someone closer to their age and that the school-wide approach of the campaign helps spread the message from several different sources of peers and authority figures.

Reedsport School District policy, as well as state and federal laws, state that bullying is not tolerated. There are also laws that govern what schools can do in terms of discipline. Smith noted that the schools can't tell a parent what action they took against another student, similarly they can't tell the other student's family what happened with their child.

However, Jon Zwemke, superintendent of Reedsport Schools, noted that the challenge in enforcing the policy is in students not reporting bullying when it happens. The school can't effectively deal with a case of bullying if they don't know it's happening. Smith said they have several methods of reporting problems and that the more information they have, the more they can help.

"In order to deal with incidents of bullying, schools need to be notified of each incident as soon as possible," Zwemke said. "Proactive steps to avoid bullying, including education, also are helpful."

The students also are being taught about, and encouraged to show, traits of leadership, caring and other positive aspects. The lessons and parts of the campaign have all been presented in different ways for the different ages.

The different classes at Highland also have "community time" every day. During the first part of the day, they get together in a circle and talk as a group, sharing stories, concerns, ideas, and other things that help them interact in a positive way and get to know each other. This also helps them build social skills and friendship.

"The idea is to build that social interaction," said Smith. "If kids come to school and jump right into the classroom, into reading and everything else you don't know what happened the day before … The idea is to give that humanity component to it. It's not just a place where you come and read a book. It's a place where you come and participate as a community, interact together."

He added that he feels the school's staff has grown a lot over the years, in responding to social issues, and that graduates have said they still remember the lessons in friendship and socializing they learned at Highland.

Highland also has a kudos program where kids can be recognized for showing positive traits, being a good member of the school community and similar activities. Smith said they foster the expectation that the kids treat others with kindness both in and out of school. To help promote that, they focus on showing them what that looks like and the positives that happen as a result.

Smith said he would like to see a councilor in the school who could help students talk about issues they're experiencing that may cause them to lash out. However, he noted that it can be hard to get a councilor at a rural school.

The district encourages parents with concerns about bullying to contact their student's school office right away. Zwemke said the teachers and staff will be able to help take a report and get it to the necessary people to help address the issue. He added that being as specific as possible in the report can help the school resolve the issue quickly.

The district encourages resolution by working up from "the lowest possible level." If satisfactory answers aren't found starting with the teacher, parents can contact the principal, then the superintendent. If all other options fail, parents could bring an issue up at the next School Board meeting. The School Board meets on the second Wednesday of the month at 6:30 p.m. in the school district office.

"If a student or family feels that the school has not reached out to them, they need to understand that we do not know about the issue and need to contact us," Zwemke said. "When the school is notified and given all of the information, we are going to do our very best to support the rights of each person involved and provide for their education in the best manner we can."

The following is a statement by Sen. Ron Wyden, D-Oregon, on the Senate floor during the impeachment trial of President Donald Trump.