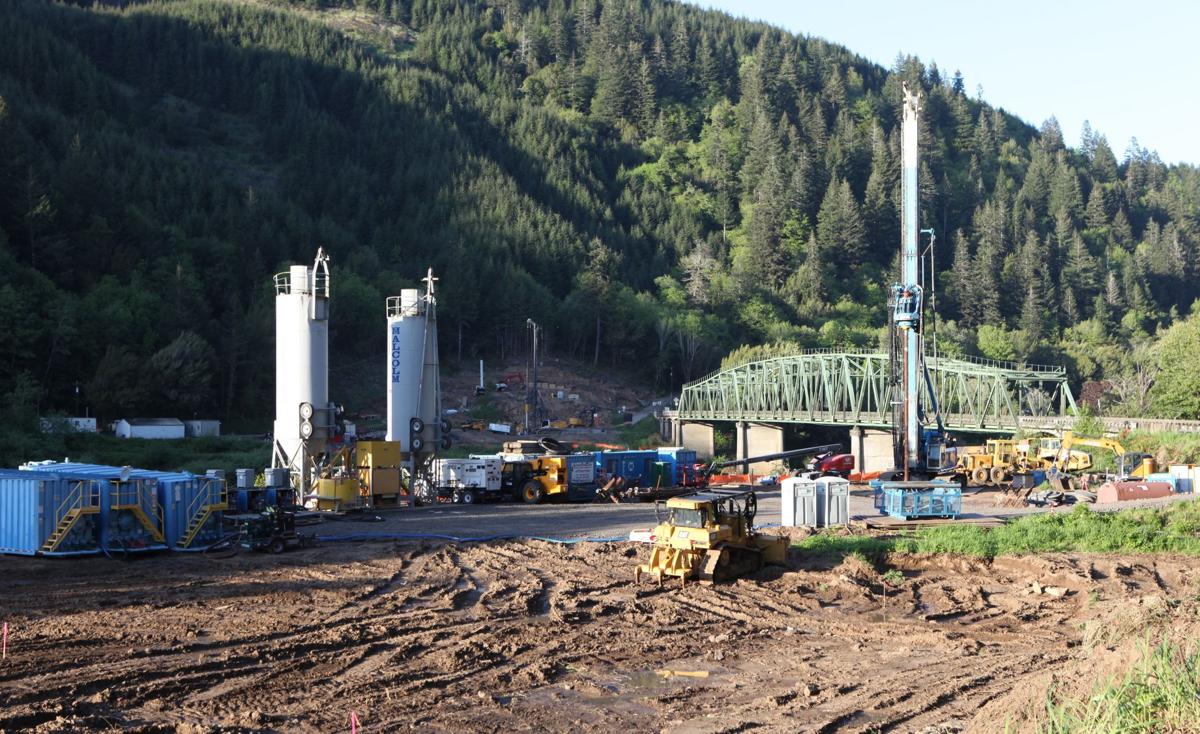 Construction is underway on the replacement of the 90-year-old Scottsburg Bridge on Oregon Highway 38. 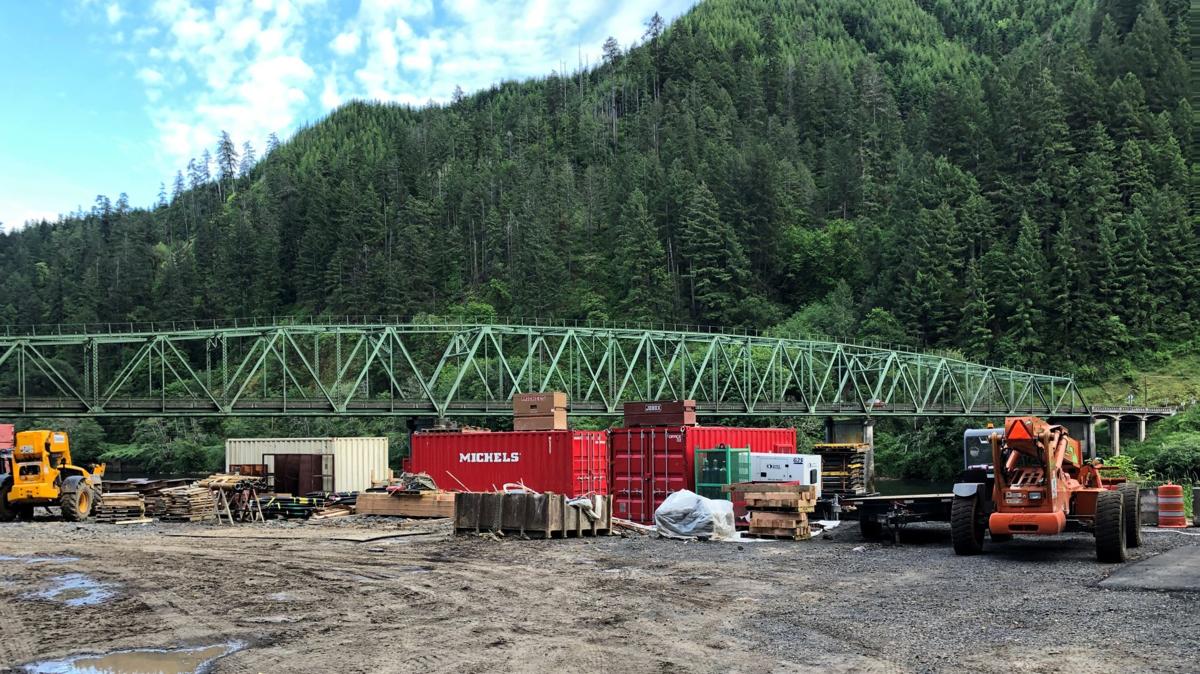 Construction is underway on the replacement of the 90-year-old Scottsburg Bridge on Oregon Highway 38. This view is from the north side of the Umpqua River.

Construction is underway on the replacement of the 90-year-old Scottsburg Bridge on Oregon Highway 38.

Construction is underway on the replacement of the 90-year-old Scottsburg Bridge on Oregon Highway 38. This view is from the north side of the Umpqua River.

SCOTTSBURG — Work is underway on the Scottsburg Bridge replacement on Oregon Highway 38.

The project will replace the 90-year-old bridge over the Umpqua River in Scottsburg, providing a wider roadway and adjusting the curves on both ends of the bridge to better accommodate modern traffic.

At least one lane of Highway 38 (Umpqua Highway) will remain open at all times during construction. Some single-lane closures will be necessary from time to time, though delays will usually be brief.

The old bridge will remain open to traffic until the new bridge is completed.

The project bid on Nov. 21, 2019. Hamilton Construction of Springfield was awarded the contract in December 2019. Construction began in February 2020. The new bridge will likely be open to traffic by the spring of 2022. All work, including the removal of the old bridge, is scheduled to be completed by Aug. 31, 2022.

From February to April, 2020, Hamilton Construction set up road signs, cleared trees and brush, built access roads, demolished a condemned house in the work zone and lowered the Main Street road surface under the bridge to increase vertical clearance.

From now until summer, Hamilton Construction will build a retaining wall along Scottsburg West Road. During the summer, Hamilton will construct a work platform that extends into the Umpqua River.

Oregon 38 (Umpqua Highway) is a vital route between Interstate 5, the southern Oregon coast and the International Port of Coos Bay. Although many other bridges along Oregon 38 have been replaced, the Scottsburg Bridge remains largely unchanged since it was built. Opened in 1929, during an era when most vehicles were small and speeds low, the bridge’s narrow lanes and tight corners at both ends are not designed for modern traffic.

What is the solution?

Over the years, ODOT has focused on maintaining the existing bridge and addressing problems as they arise.

However, such repairs wouldn’t address the more fundamental problems with the bridge — the narrow width, sharp approach curves, and low overhead clearance.

Due to the need for so many repairs and improvements to the existing structure, ODOT concluded that the construction of a new bridge is a better long-term investment. A new bridge will better accommodate modern traffic and will be more likely to withstand a large earthquake or other natural disaster.

Construction, including demolition of the old bridge, will continue for three years.​​

Project updates: ODOT will notify the public prior to any ramp closures, road closures or other major traffic impacts. Visit our GovDelivery page to sign up for e-mail updates​​.