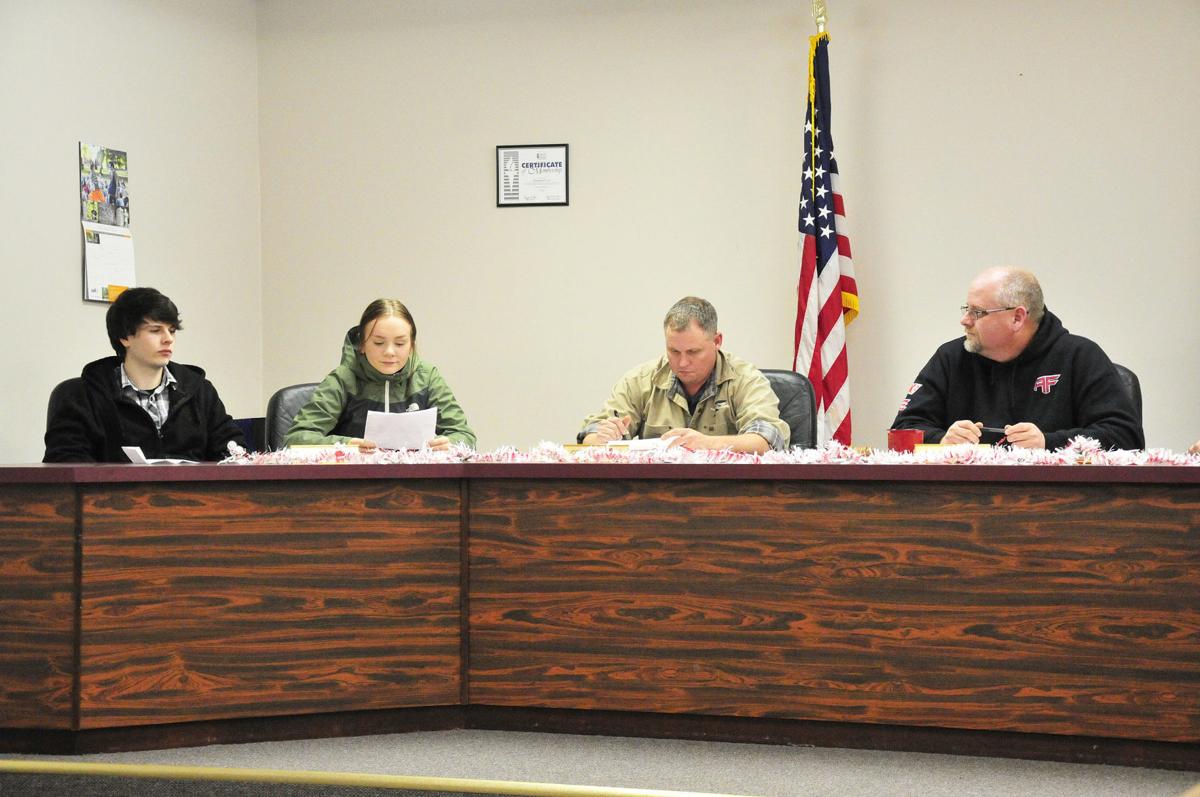 Greg Carter and Eric Brandon listen to an update from the RCCS student leadership presented by Brendon Harrison and Nikki Cooper. 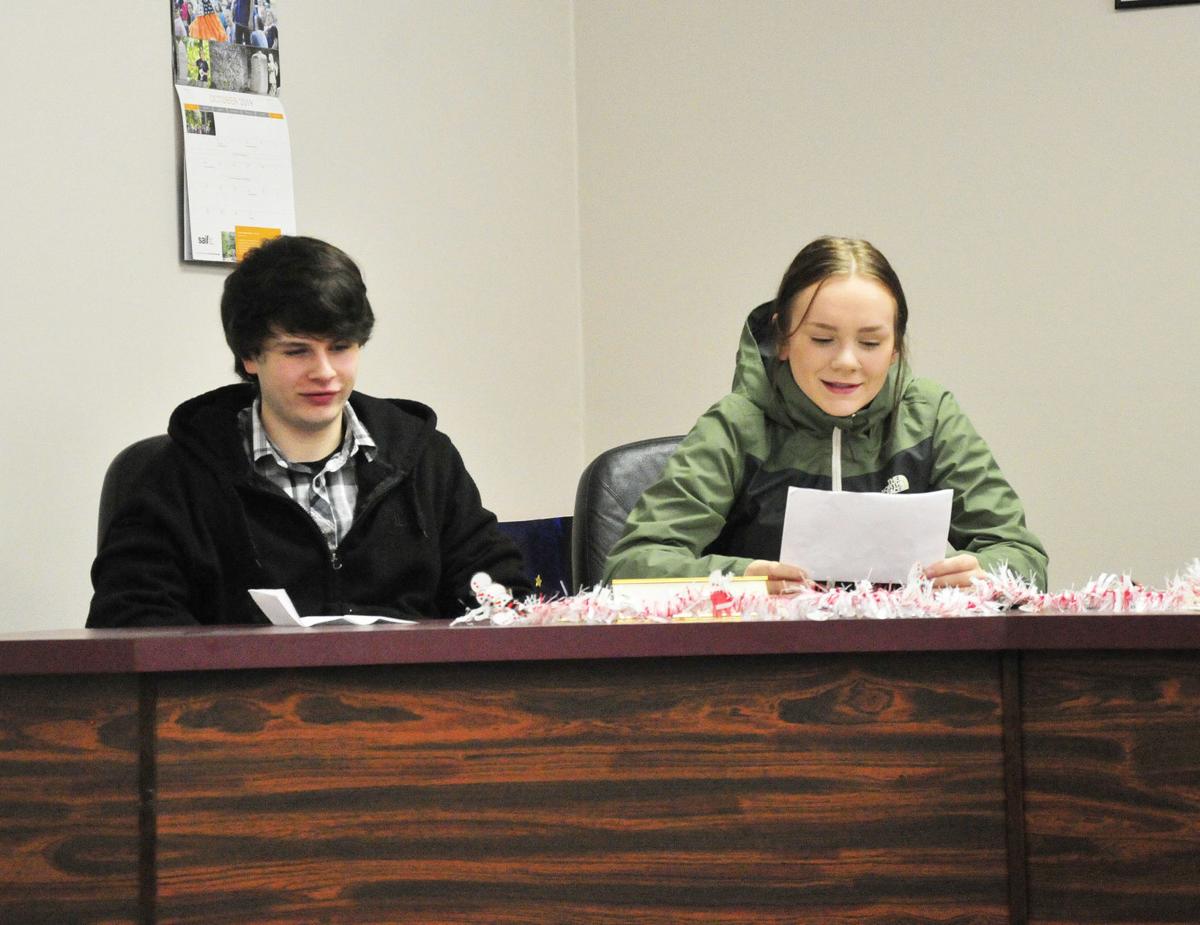 Student leadership representatives Brendon Harrison and Nikki Cooper present their update to the Reedsport School Board.

REEDSPORT — The Reedsport School Board voted on two policy measures during its December meeting, as well as getting an update on work at Highland Elementary School.

The board approved the repeal of current Retirement of Licensed Staff policies, which will take effect Jan. 1 2020. Superintendent Jon Zwemke said the policy is no longer applicable to the district.

Greg Carter and Eric Brandon listen to an update from the RCCS student leadership presented by Brendon Harrison and Nikki Cooper.

Rachel Amos, business manager of the district, said the school district would now pay PERS for any retired employee working for the district. However, they would have to pay everyone a higher rate, rather than giving the 6% rate. She said this would hit the district's budget, but could not say by how much due to how many people would be affected and since the budget did not account for it.

"We hire our licensed substitutes as our own employees and many of them are retired people," Amos said. "So, beginning January 1, every hour that is worked will be charged PERS."

She added she will look into the district's Fall 2019 employment numbers to better gauge how the new PERS laws will impact the district.

The School Board also unanimously approved a revision to the district's public complaint policy. They also approved an update to the staff expense reimbursement guidelines and rates.

Zwemke also praised the response of the Highland Elementary School staff to the recent flooding of one of the classrooms. A pipe in the wall broke late in the day, causing water to flood the wall and rush into the classroom. He recalled that the students weren't in the classroom at the time and the teacher and her assistant quickly jumped to get backpacks and other items off the floor. He said within about 20 minutes, everyone on the staff had a job and was working to clean up.

"The mopping and cleanup process happened quicker than the plumber could get the pipe fixed," said Zwemke. "Everyone grabbed something and made it happen."

He also praised the community's response to students being sent home an hour early. Parents worked well with Highland staff and made arrangements to leave work to pick up kids or to ensure someone was waiting at home.

There will be a formal re-opening of Highland at a later date, to show off the renovations done on the school over the summer, once the work is completed and everything from the flood is dried and patched up.

During her report, Amanda O'Brien, principal of Highland Elementary School, praised the teachers at Highland for going above and beyond in working with their students. She said she has observed teachers meeting with parents later in the evening, after hours, because it fit a schedule better; she has also seen teachers spend time with students during their personal time to help with an issue or to build a better relationship. She recalled one teacher purchased a student an air mattress because he gave up his bed to help when a new child joined the family.

"These kinds of things that are just happening, that just makes me proud of my teachers," O'Brien said.

During the student leadership report, Nikki Cooper noted that RCCS students are fundraising for the National Lymphoma Society and holding a contest among the student body to raise money. She added that there is a prize incentive for the student who raises the most.

The board also appointed Savanna Wright as a new board member. After the resignation of Board Member Jennifer Clark, this restores the board to five members.

For the second year in a row, the Umpqua Discovery Center was named on the 100 Best Fan-Favorite Destinations in Oregon list.

Get the latest Crime & Courts news in your inbox