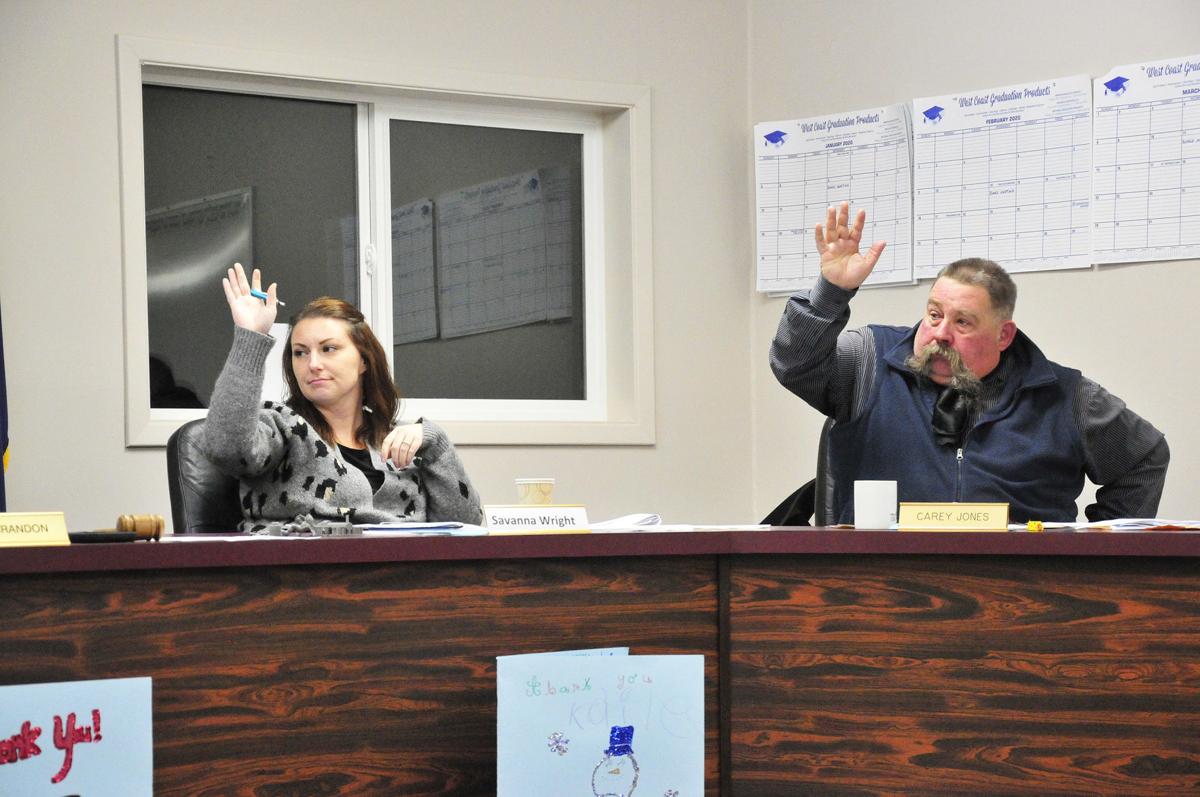 Board members Savanna Wright and Casey Jones vote their approval of changes to the language in school district policy. 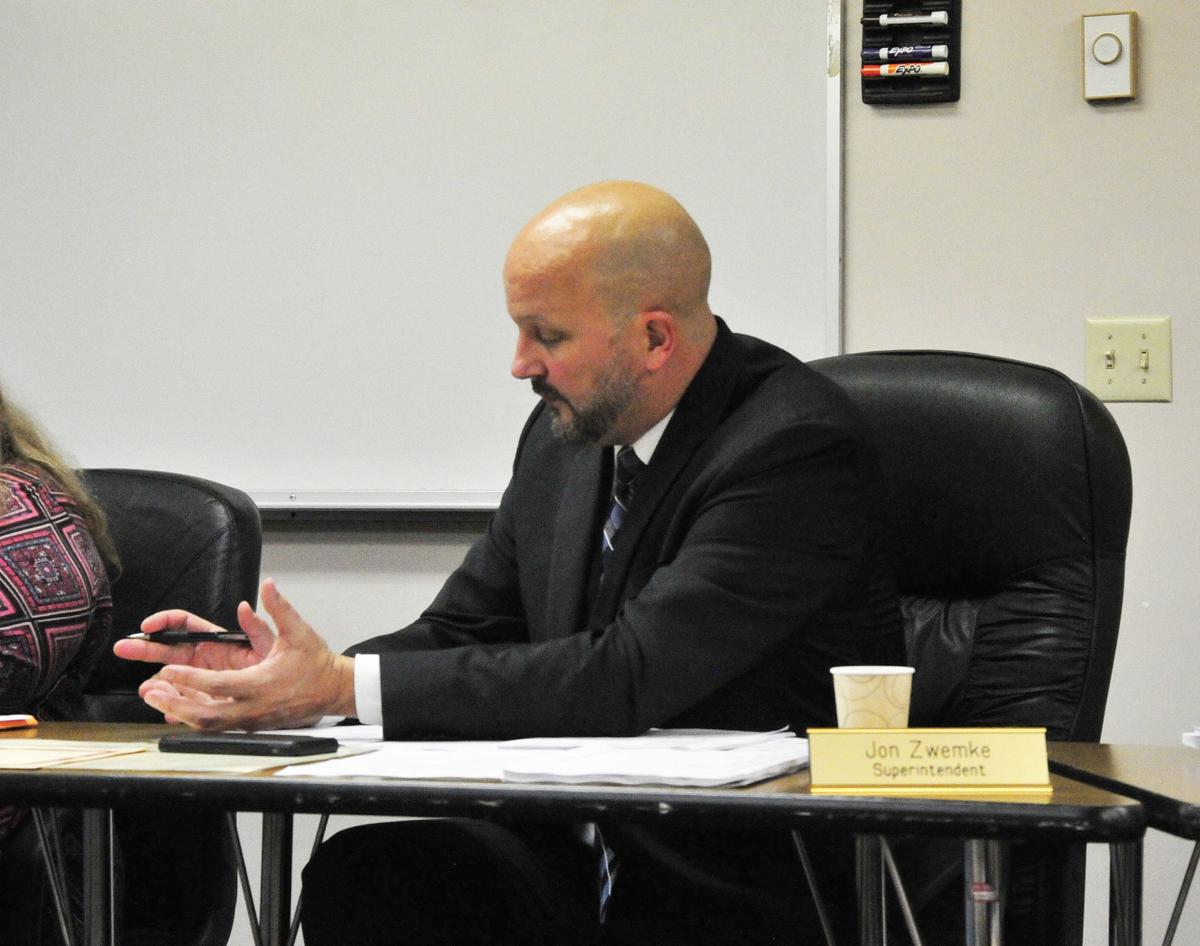 REEDSPORT — During its January meeting, the Reedsport School Board discussed their response to social media-assisted bullying and upcoming activities at Highland Elementary.

According to Jerry Uhling, principal of Reedsport Community Charter School, a fight broke out in one of the school hallways just before holiday break. However, rather than go for help, or alert staff members, Uhling said students used their phones to record video of the incident and share it on social media. He added that handbooks given to students at the start of the year outline that they have a responsibility to report if they know of an immediate danger to someone, either from another person or themselves.

In response to the incident, Uhling has looked over the school's handbook and is working to draft a policy for how to respond to such incidents in the future. The policy may also outline severity of discipline if a student is found to have known a fight was happening and recorded it or posted it online. Uhling suggested it could fall in line with the first step being one to three days suspension, similar to existing disciplinary action for fighting.

"It's becoming normal in society and that's a shame," he said. "I want to nip it in the bud before we're in Salem news."

Superintendent Jon Zwemke noted that it seemed like the fight was arranged beforehand. Uhling recalled that the fight happened in a part of the school without surveillance cameras. Zwemke said if this was the case, the people recording the interaction could be just as culpable as the students fighting.

In addition to the possible new policy, Uhling and Zwemke arranged for additional security cameras to be posted around the school to limit blind spots. Zwemke noted these steps were being taken to ensure everyone's safety and security.

"This is not something that is new," said Uhling. "It's out in society, but I don't want too see this starting anywhere in my school building, where students gather around and film said fight, because they know it's going on, and then it's projected over the internet. I'm not down with that."

The proposed policy is being looked into more and fine tuned before being voted on by the board.

During her update, Highland Elementary School Principal Amanda O'Brien recalled Highland was recently visited by STEP. The group's representatives delivered tanks of salmon eggs to five classrooms and the library to watch hatch. Each classroom was given 100 eggs with 200 going to the library. They were also able to answer students' questions about fish and their life cycle.

"The next two months our kids will be watching the eggs hatch, they're very excited about that," said O'Brien. "The classes that don't have them will be able to monitor them in the library as well."

After the eggs hatch, the fish will be released into the wild.

On Jan. 28, Highland Elementary School will be holding a grand re-opening to show off the retrofits they did over the summer. Zwemke said they plan to have before and after pictures at all the sites where work was done so people could see how it changed.

The grand re-opening will be held from 5 to 6 p.m. before the home basketball game at RCCS.

The board also unanimously voted to approve changes to the language in district policy for "Discrimination Complaint Procedure," "Medication," and "Expulsion." Zwemke said the changes were all simple ones, such as moving to gender neutral terminology in the "Expulsion" policy.

The Umpqua Watershed, the Blue Zone Project, Douglas ESD, and United Communities AmeriCorps invite the community to use Martin Luther King Jr. Day for community service and clean up invasive species along the multi-use paths in Gaddis and Stewart parks in Roseburg.