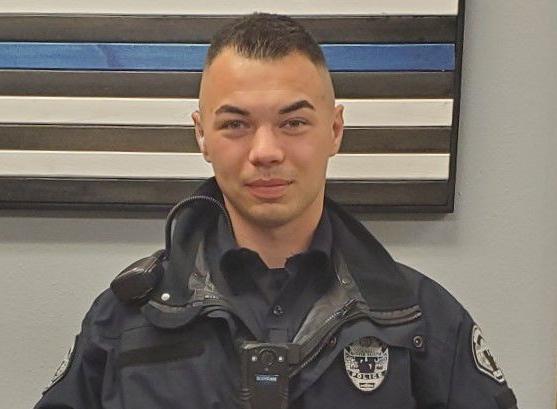 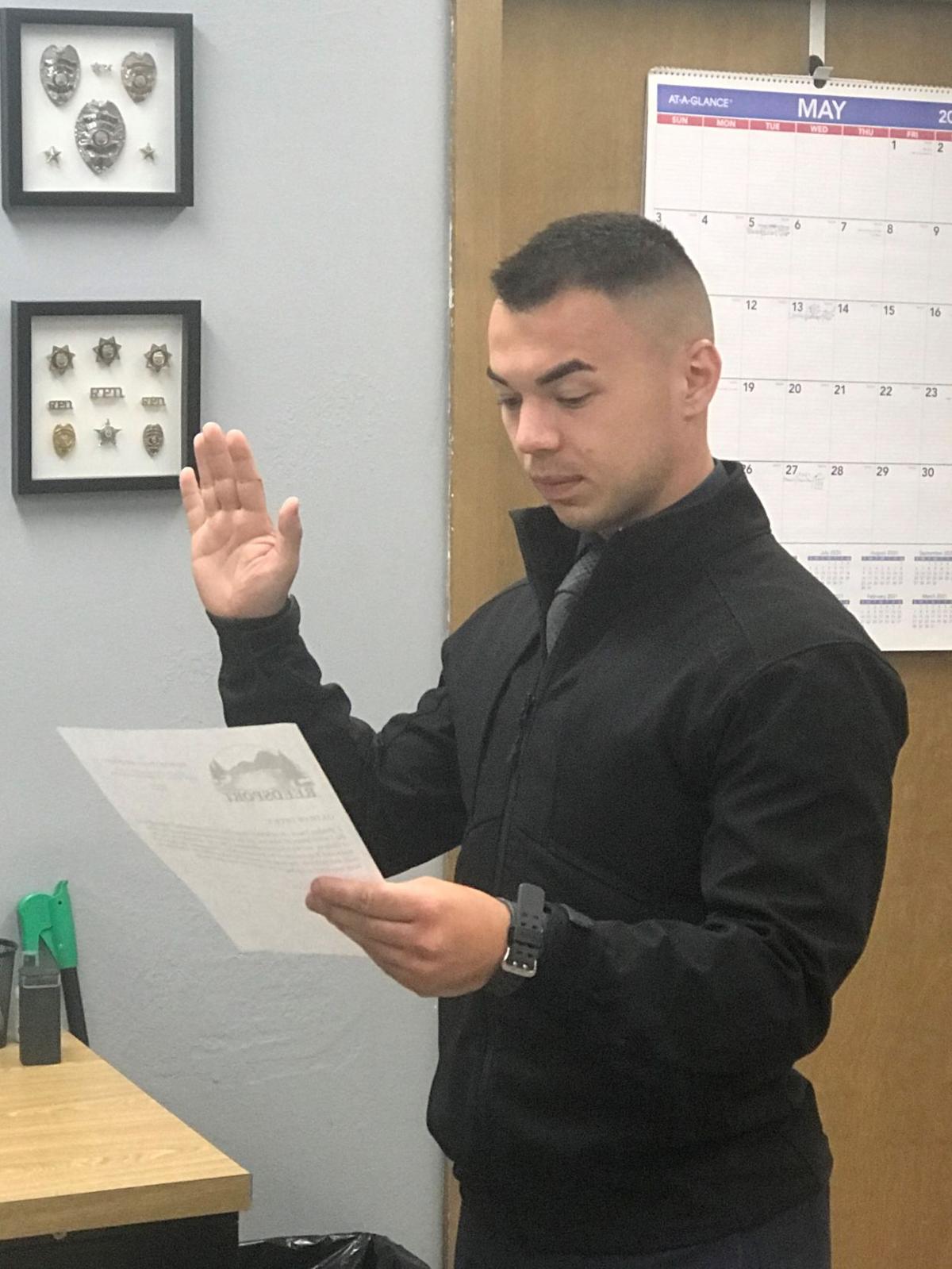 Officer Bradlee Davis is sworn in on May 4.

Officer Bradlee Davis is sworn in on May 4.

REEDSPORT — There's a new face at the Reedsport Police Department. Officer Bradlee Davis was officially sworn in on May 4 and was set to be ceremoniously sworn in during the June 1 City Council meeting in front of family, friends, colleagues and the mayor and council.

Davis, 24, graduated from Canby High School and grew up around farmland and ranches in Hubbard. His parents own a dog kennel, Notta Bear Newfoundlands, and train and show newfoundlands, something Davis also participated in, which took him around the world to dog shows.

"I went all around the world showing dogs and my parents still own the kennel and show," Davis said, adding he still has dogs at the kennel, as well as one newfoundland he brought with him to Reedsport named Sunday.

When Davis was showing newfoundlands, he would also do community outreach and bring the dogs to visit cancer patients during their treatment.

"It got to be that people would schedule their treatments when they knew the dogs would be there," Davis said. "The dogs would get onto their laps and we'd take photos."

Davis laughed recalling how large newfoundlands are — not exactly lap dogs, but the patients loved it.

Davis added that he has had some training with K9 officers and that he is interested in being a part of that program after he's been with the department for a while. The Reedsport Police Department has two K9 officers.

"When I was figuring out what I wanted to do in college, I toured the program and met some people there and that's when I decided I wanted to become a police officer," Davis said.

Davis received his Criminal Justice degree from Chemeketa and also received a law-enforcement-related degree, earned with hands-on experience with members of the local fire department and campus officers.

"It was a great experience," Davis said of the two-year program, where he was also class president and a member of the school's honor guard while he was there.

Davis will be attending the Oregon Public Safety Academy sometime early next year, and meanwhile is field training with another Reedsport Police officer for 16 weeks. Once he successfully completes that training, he will be able to ride solo.

Davis is engaged and his fianceé Courtney, who has family in Reedsport, moved with him to the area.

Being with the department for a month has given Davis a chance to get to know the area, though he's looking forward to the city's reopening from the COVID-19 shutdown so he can get to know the community better.

"The more I've been shown around, the more it's grown on me," Davis said. "I love the community feel — like going to the store and knowing everyone."

He is also looking forward to learning more about the outlying areas such as Winchester Bay.

"I'm excited that the town is opening up so I can go around getting to know people," he said.

Communications Supervisor for the department is Charlene Lohf. The department also has a volunteer police reserve program.

In his spare time, Davis enjoys spending time with Courtney and Sunday, fishing and finding the good fishing spots, as well as hiking and camping.

"This is the perfect spot for that," he said.