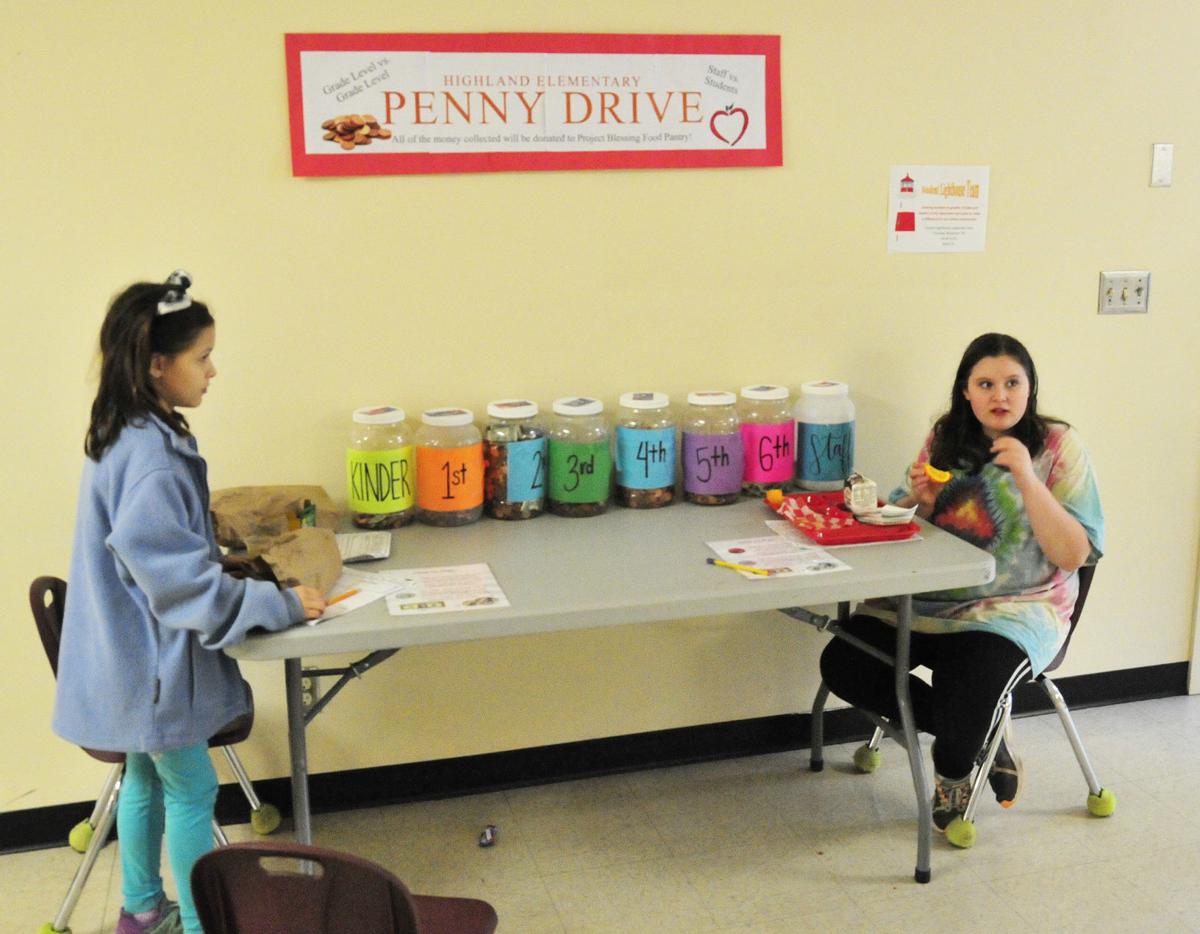 Every grade level and the Highland staff had a jar to collect their donations during their annual penny drive. 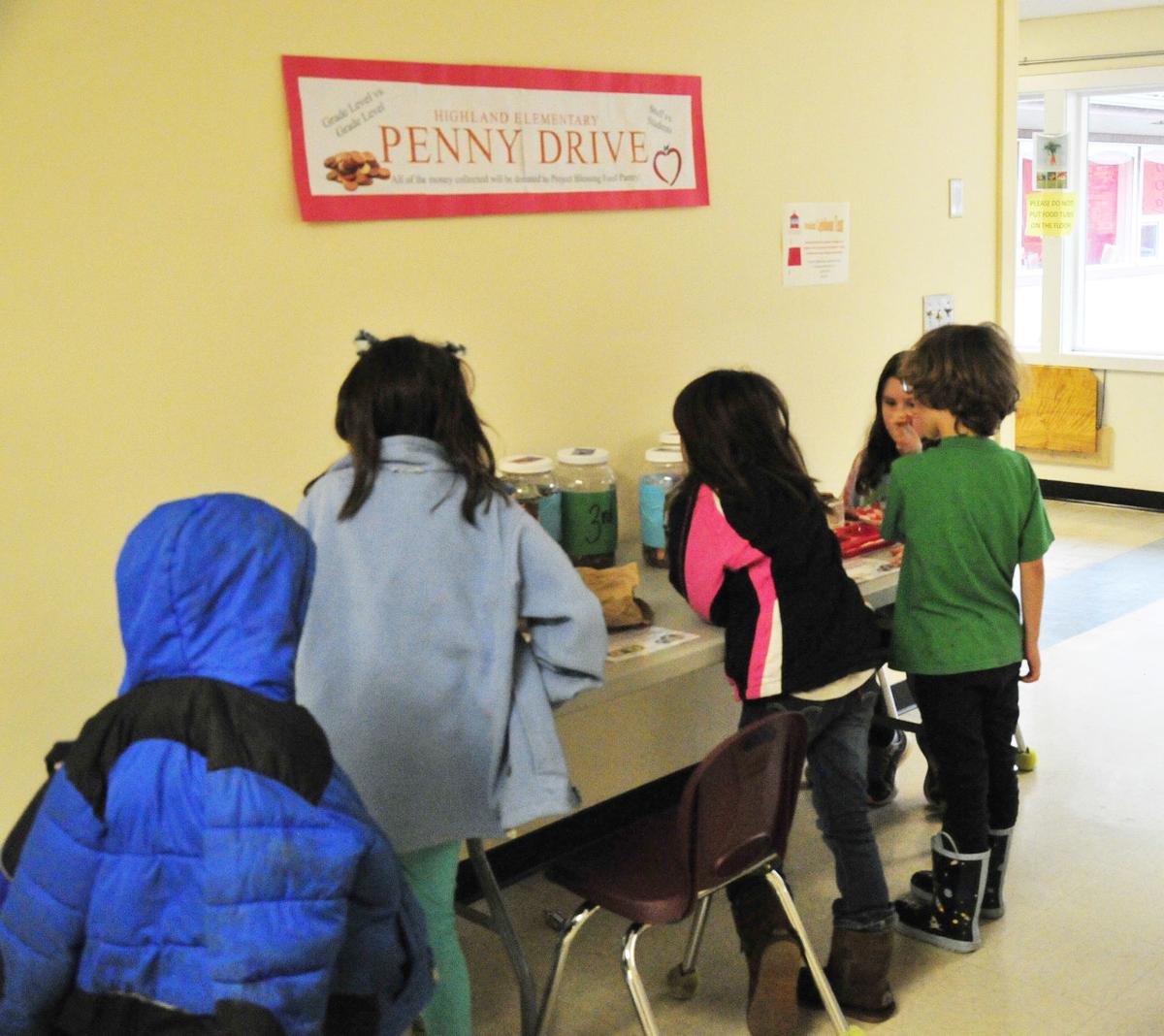 Every grade level and the Highland staff had a jar to collect their donations during their annual penny drive.

REEDSPORT — The students and staff of Highland Elementary School did battle last week, seeing who could raise the most during a penny drive to benefit the Project Blessing Food Pantry.

The competition was between each of the grade levels and the staff members. Kindergarten through sixth grade and the staff each had a jar to collect money. Each penny awarded a point to the class, while any other coin or dollar bill took points away. The groups could sabotage another group by putting non-penny currency into jars.

The school raised $287 between everyone with kindergartners coming out on top in the competition.

Fourth-grade teacher Jennifer Wright said the staff hopes the students get a sense of how good volunteering feels and that small acts of charity can improve a person's life. She noted that this also serves to enhance their math lessons as they worked through addition and subtraction of their points, as well as multiplication from working out how many meals their donation can provide.

The penny drive has been a reoccurring school-wide project for the last three years. Each year, they choose an organization that will receive the funds collected.

The penny drive ended Feb. 6 and the combined proceeds of all the jars were donated to Project Blessing. The school's leadership team will be going to the pantry to deliver a check and drop off Valentine's Day cards later this week.

According to Wright, for every dollar the school is donating the pantry is able to provide three meals. She added that their donation would provide 861 meals for the community.

Susan Martin, executive director of Project Blessing, said she and her staff really appreciate the Highland staff and students selecting the food pantry as the subject of their fundraiser. She noted that Reedsport has a very generous community, adding that they rely on community fundraisers to help their operation.

Portion of Hauser OHV route to be closed Feb. 7

The western end of the Hauser OHV route will be closed while drainage repairs are taking place.