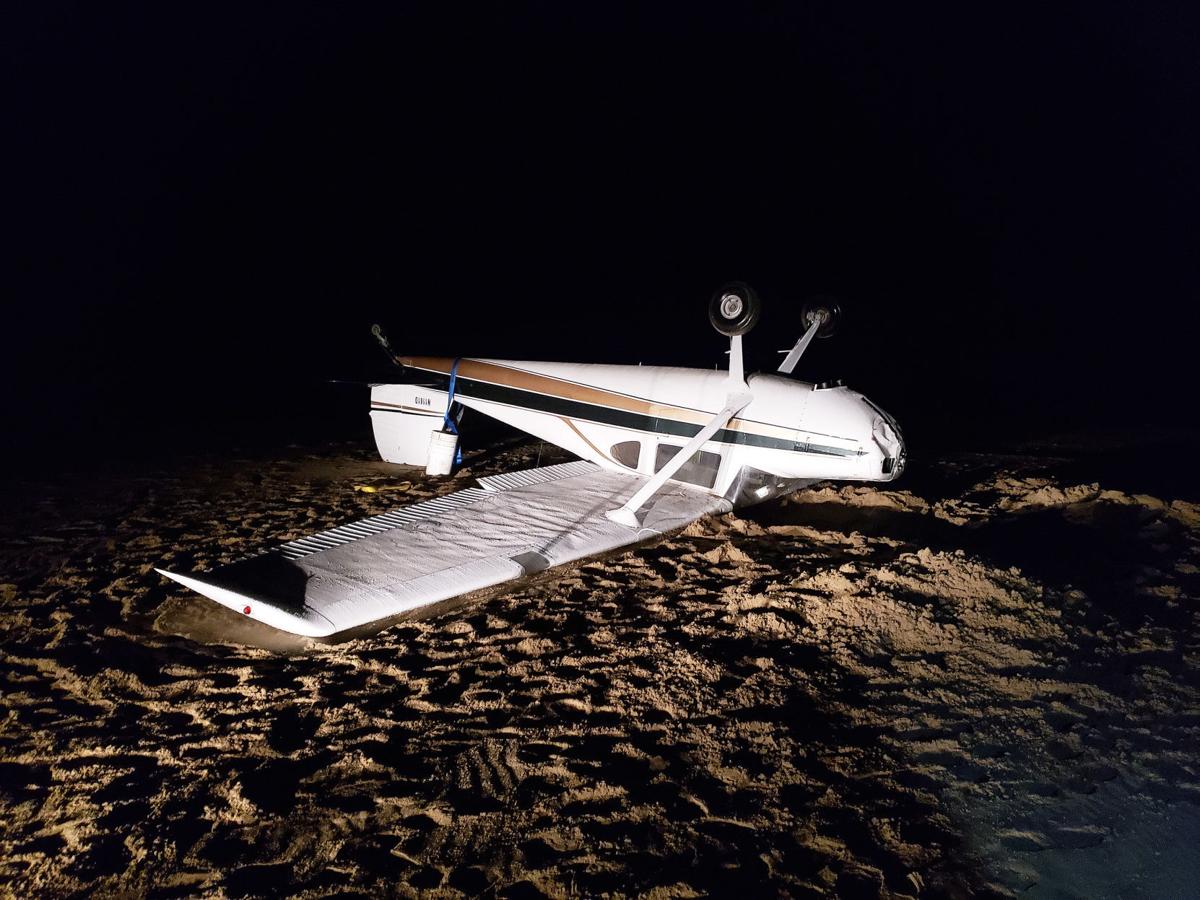 An airplane came to rest on its roof in the dunes after making an emergency landing near Lakeside. 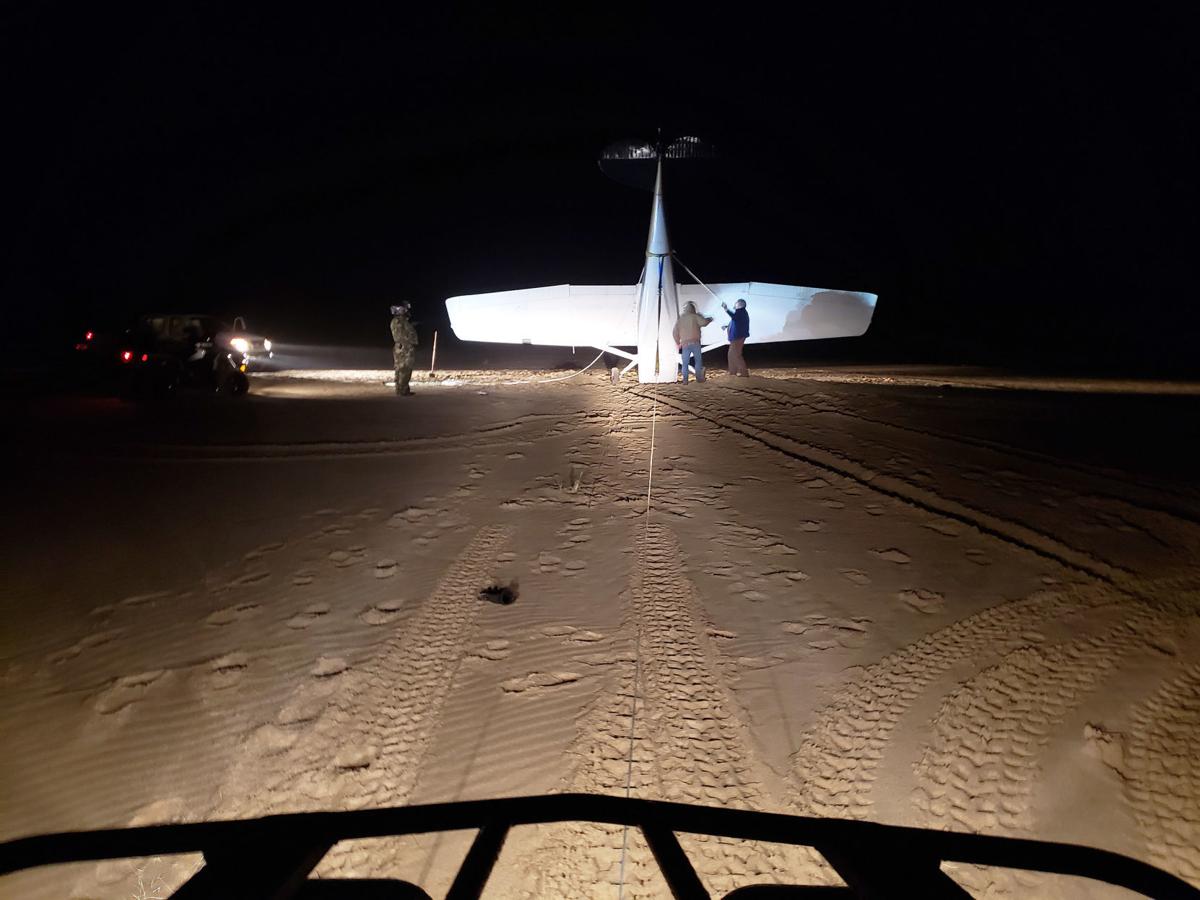 Crews work to right and secure a plane that made an emergency landing after experiencing engine failure.

LAKESIDE — A small airplane made an emergency landing in the dunes Feb. 22, coming down several miles west of Lakeside around 5:30 p.m.

According to the Oregon State Police, the pilot was returning to Lakeside from North Bend when the single-person airplane experienced an engine failure. The pilot could not correct the issue while airborne and had to perform an emergency landing.

Crews work to right and secure a plane that made an emergency landing after experiencing engine failure.

The sudden deceleration caused the craft's tail to rise, flipping it upside down. The airplane came to an uncontrolled stop on the sand approximately 100 yards north of Tenmile Creek. The pilot was uninjured and hiked out of the area to call for assistance.

According to Southwestern Oregon Regional Airport, the pilot was not in contact with a tower at the time of the incident, after leaving North Bend airspace. Lakeside Municipal Airport does not have tower services.

The Federal Aviation Administration and National Transportation Safety Board authorized the aircraft being removed from the area. OSP Troopers were able to reach the area by ATV and used tow winches to flip the plane right-side up. It was secured at the scene to be recovered during daylight conditions.

Local health organizations and first responders are being briefed on how to handle the coronavirus, though chances of it spreading to Coos County is reportedly “very low” at this time.