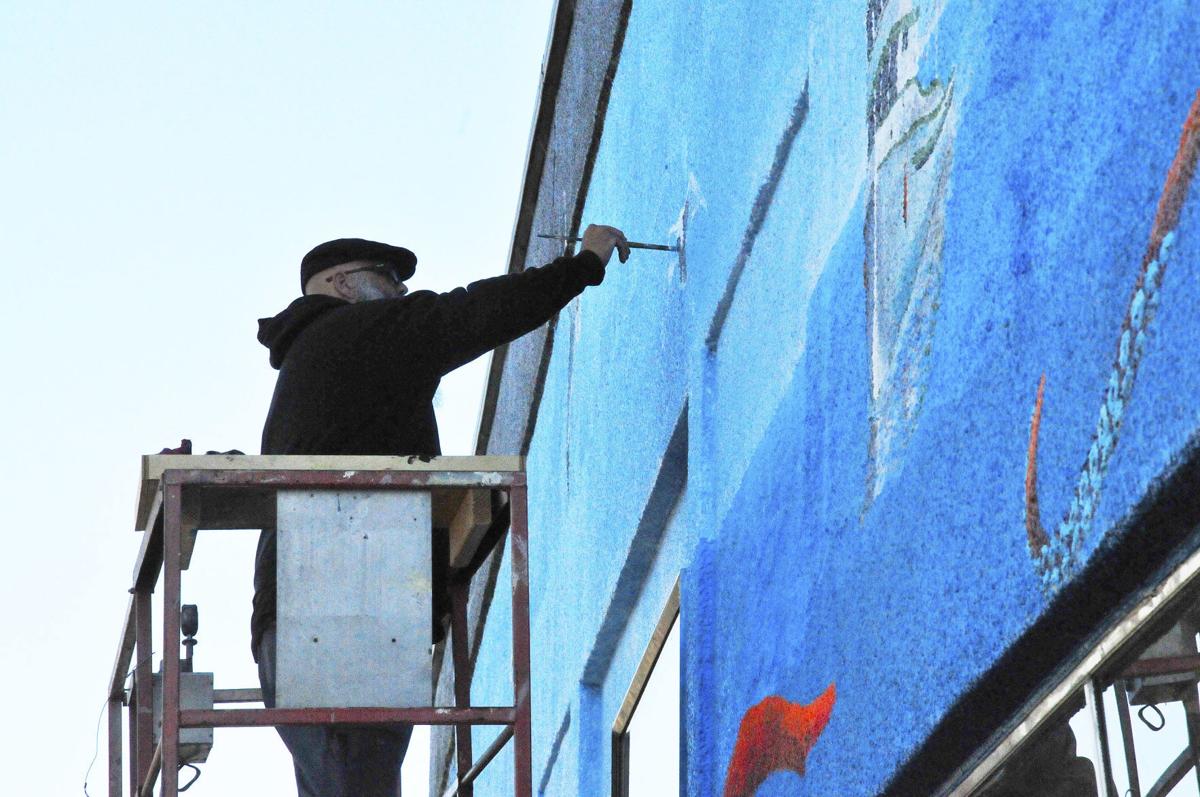 Gary Herd paints a seagull on a new mural he's doing in Reedsport. 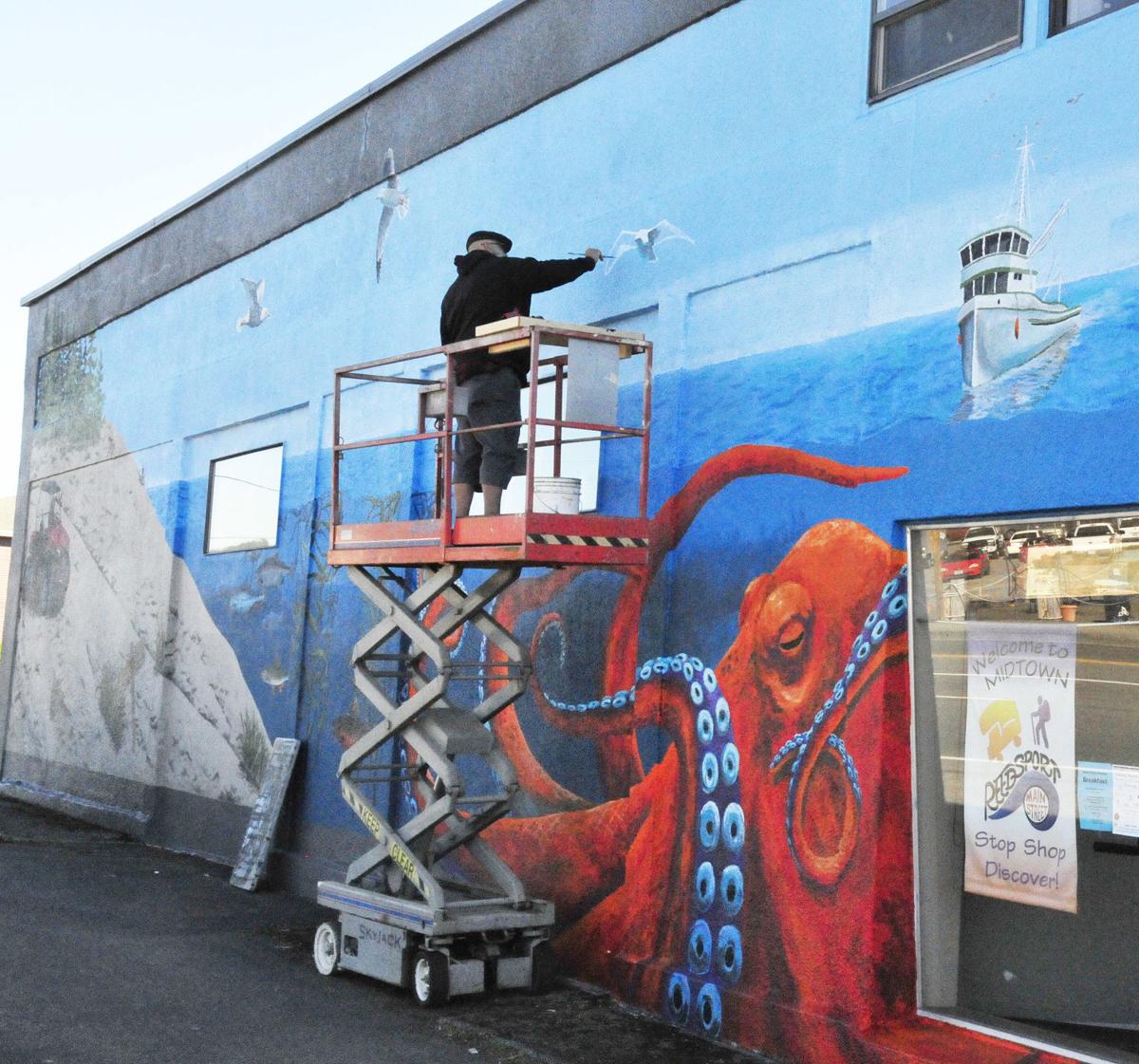 Gary Herd puts some of the final touches on a mural he was commissioned to do in Reedsport, along Highway 101.

REEDSPORT — As part of the year-long celebration of Reedsport's centennial, a large mural was painted in downtown to celebrate the city's history, and the artist behind it has already completed another painting in the Reedsport community.

Gary Herd puts some of the final touches on a mural he was commissioned to do in Reedsport, along Highway 101.

Gary Herd, of Kraken Studios in Waldport, is the artist behind the centennial mural as well as an octopus and landscape of the ocean recently done on a wall of Coastal Properties along Highway 101. He also did the salmon on the levy wall. According to Herd, the centennial mural was a collaborative effort between himself, City Manager Jonathan Wright, and the Centennial Committee. He said they looked over images and drew inspiration from there.

"They wanted to see more of a historical mural," Herd said. "Since they had a whole bunch of salmon done prior to the centennial mural, they decided they'd celebrate the logging history that was pretty big 100 years ago in Reedsport."

The mural depicts a logging scene, featuring a man cutting a felled tree with a two-person saw. The mural is also interactive, leaving one end of the saw open so people can join the picture. Text celebrating the centennial and city completes the image.

Herd worked on the centennial mural over the summer. He estimated it took him roughly 20 days to complete -- though he noted time was hard to guage, coming down on the weekends and working on it during the week when he could. He said he was honored to be asked to do the centennial mural, given how big an occasion it was. He recalled how special it was for him to be invited to the centennial celebration dinner in June.

"It was something that was beyond what I could have imagined," he said. "What the community put together was really special."

For the octopus mural, Herd said the owners of Coastal Properties wanted to spice up the wall facing the highway with something colorful. He recalled they said the mural was a gift to the city.

"I think the community's really appreciative of that," he said, noting how many responses he's seen to posts on Facebook and people calling greetings as they drove past him working.

Herd said he's happy to get a lot of work in Reedsport, and looks forward to hopefully getting more work in the area in the future. He added that Winchester Bay's fire station expressed interest in having him do a mural for them and is working to fundraise for it.

Herd started doing murals in Portland, then moved to Waldport about six years ago -- he said living on the coast saw less demand for murals, so he has to travel to where jobs are. He said he was fortunate for how much work the Reedsport community was giving him.

With winter setting in, outdoor murals become more difficult so Herd moves into an off-season. He still paints, though, working on canvases and painting saw blades. He noted he does a wide range of paintings on saw blades, beyond the typical animal heads -- some examples included lighthouses and various landscapes.

Herd can be found online at krakenartstudios.com and on Facebook, Instagram, and YouTube under Kraken Art Studios. There are pictures of his work available on social media, as well as time lapse videos of him working on YouTube.

The Art of Cooking: Tying school work together through food

Food ties the world together, and its preparation touches on every aspect of life. During one of the classes at Reedsport Community Charter School, students are learning to cook while enhancing their other classes in ways that will help them wherever their path leads after graduation.

We're wherever you are. Get 90% off when you join today!