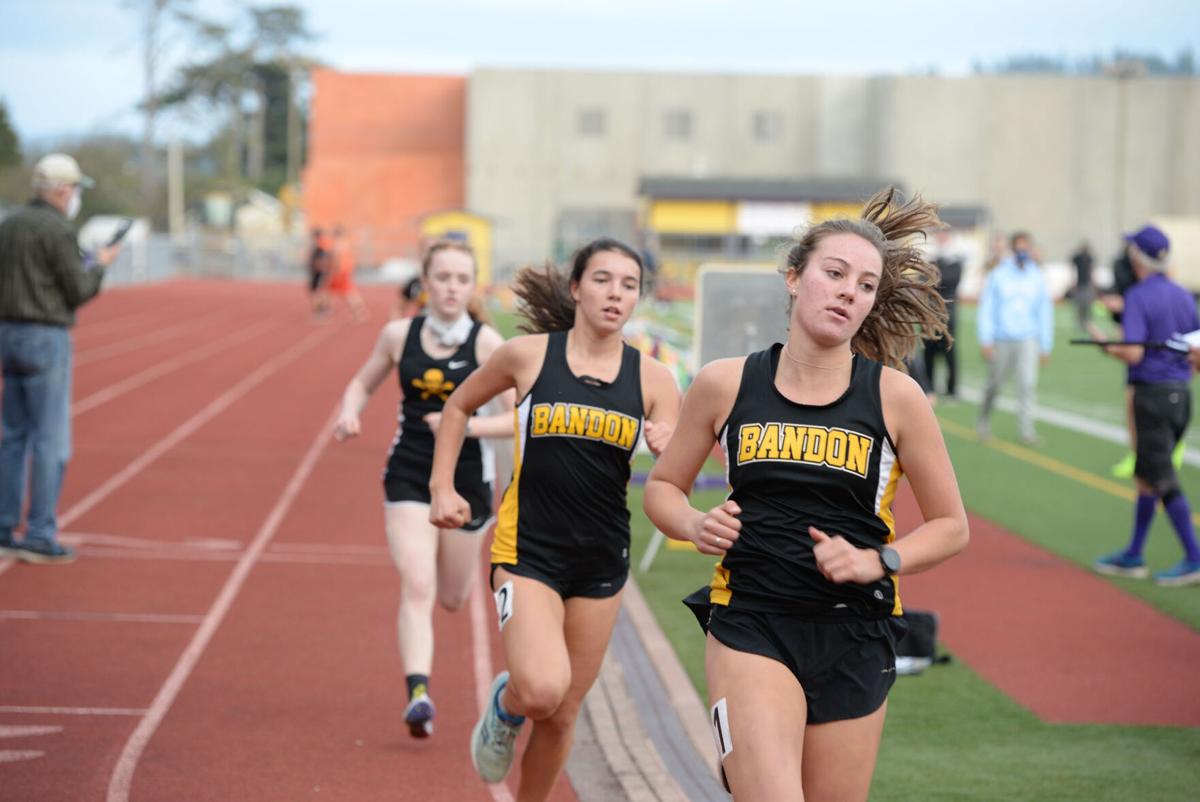 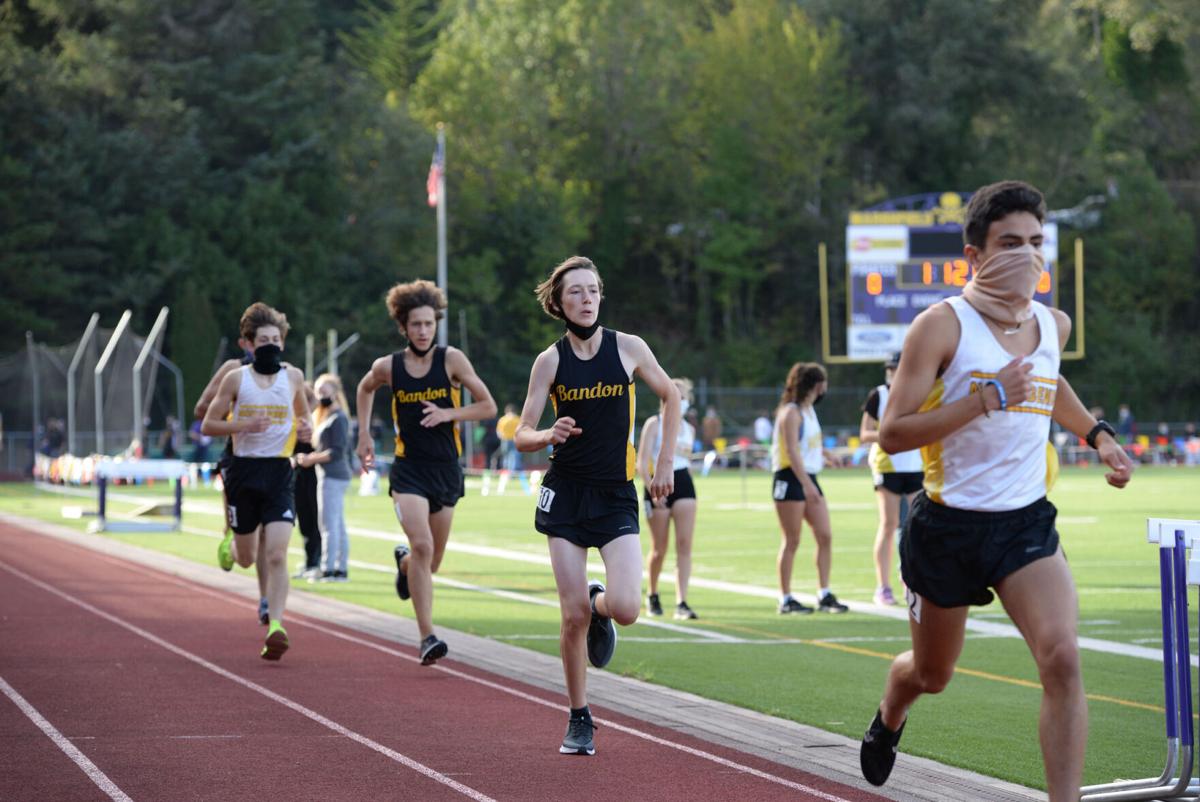 North Bend's Alex Garcia-Silver leads the pack in the early stages of the 3,000 meters last week at Marshfield High School. 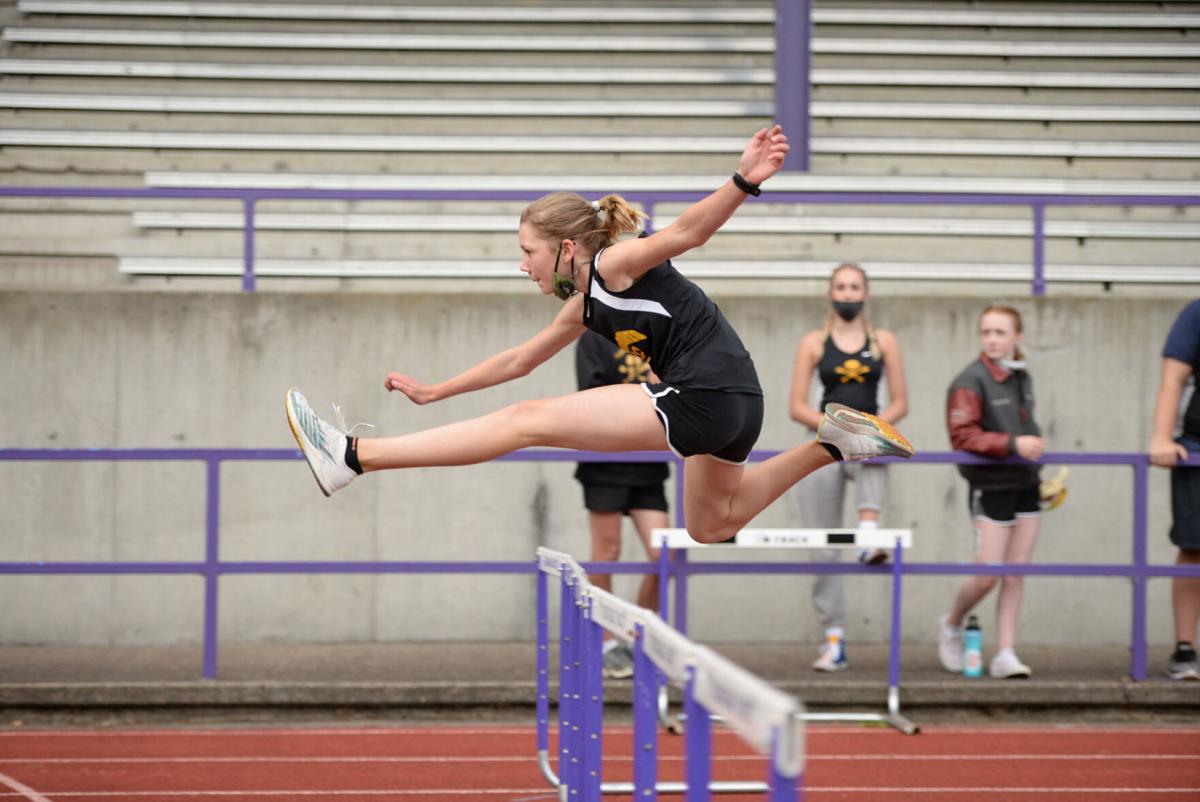 North Bend's Alex Garcia-Silver leads the pack in the early stages of the 3,000 meters last week at Marshfield High School.

In the eyes of Brent Hutton, the opportunity for Bandon’s runners to join Marshfield, North Bend and Powers for weekly track meets in the Bay Area this month is a reward of sorts.

“It is a relief,” the Bandon track coach said. “Our kids have been running as a group for three months. I have been trying to find something to reward them.”

Bandon’s distance group has been running as a club, which has enabled the Tigers to enter a couple of club cross country meets — against similar clubs from Tillamook, Newport and Philomath. A group of the Tigers also participated in the COVD-style Prefontaine Memorial Run in September.

Marshfield and North Bend are participating in a series of sports against each other every week, including baseball, softball, outdoor volleyball (on the football turf) and track and field through the end of next week.

Then the two Bay Area schools will switch to boys and girls soccer, seven-on-seven football and basketball skills competitions.

Bandon did not participate in the first of four track meets, but have participated in the past two.

The final track meet, next Friday at Marshfield, will be a Coos County Meet of sorts, though it only includes Marshfield, North Bend, Bandon and Powers. The track season, of course, was canceled in the spring.

This fall, Hutton has had about 25 kids working out consistently, all from the cross country team.

An internal team joke of sorts last week was that it was the first track meet ever for Josh Minkler, who plays baseball in the spring, rather than competing in track and field, but is on the Tigers’ cross country team each fall.

The track meets are being run similar to regular meets, though without all the events. Also, the junior high kids from the schools are competing at the same venues, which is not a regular spring occurrence.

And there are no fans, one of the requirements for Marshfield and North Bend to be able to have their fall series of sports competitions.

Ideally, by the time the regular track season comes around next spring, that won’t be the case.

The Bandon girls cross country team won its two club meets this fall, showing the team’s strength, and also had a strong showing in the distance events in the first meet at Marshfield.

Aside from the fast times in the distance races by Garcia-Silver, Hutton and Thompson, the most impressive marks last week came by a pair of Marshfield freshmen in the pole vault. Both Trent Summers and Jonathan Parks cleared 13 feet, 6 inches and another Marshfield freshman, Jack Waddington, got over the bar at 12 feet.