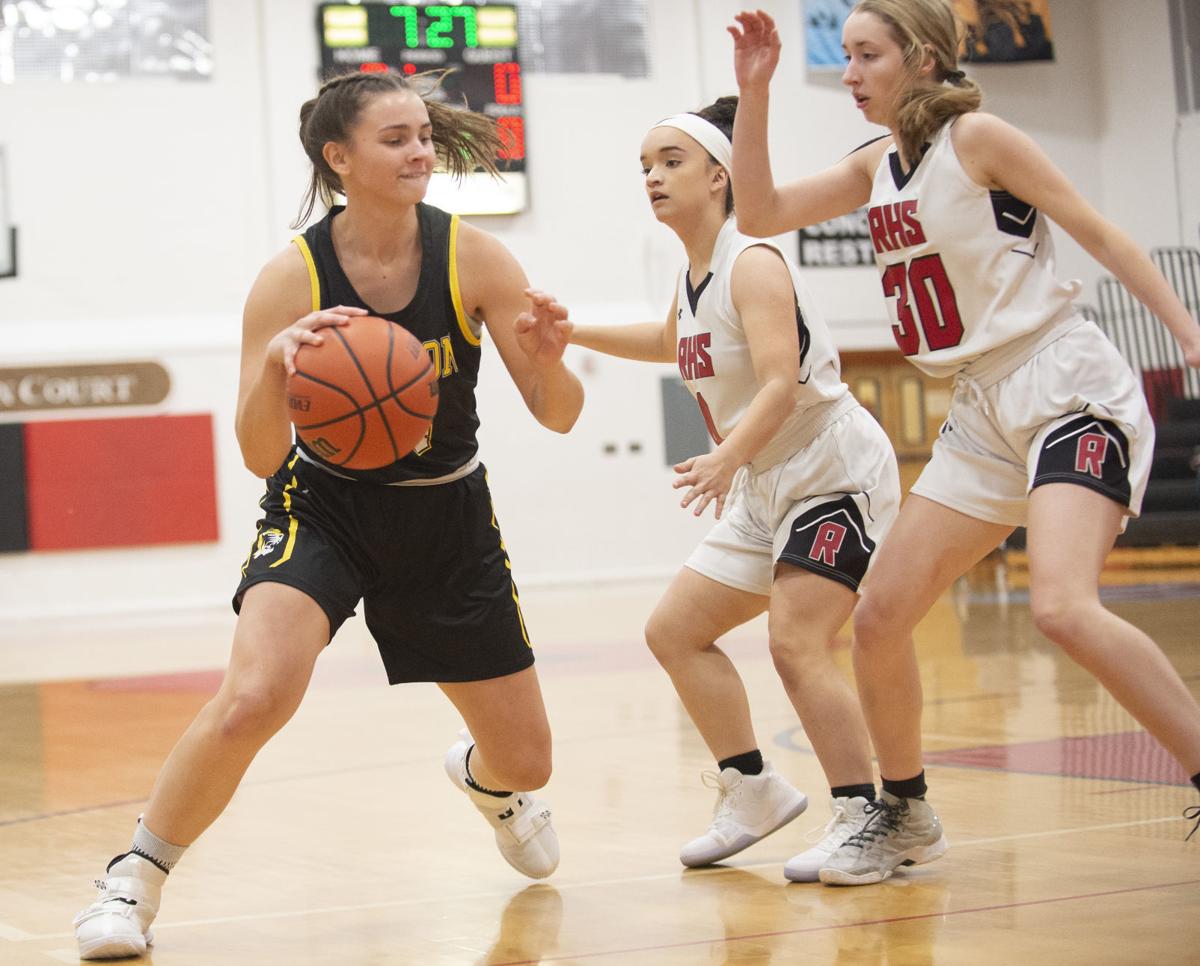 Bandon's Naomi Martin drives the ball Monday during a game against Reedsport's at Reedsport High School. 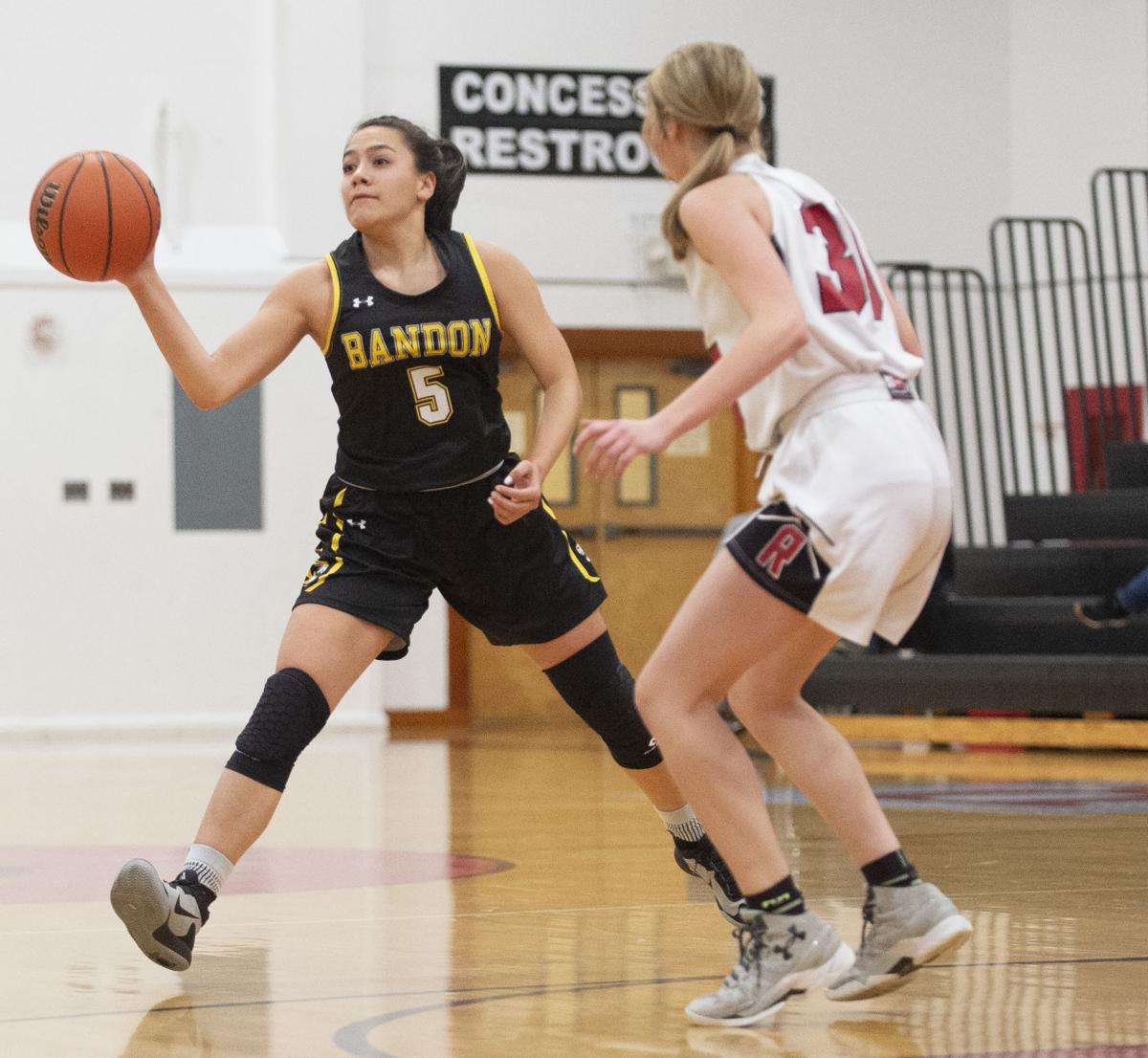 Bandon's Naomi Martin drives the ball Monday during a game against Reedsport's at Reedsport High School.

REEDSPORT — Midway through the first quarter there was a rare breakdown in Bandon’s full-court press.

On the road at Reedsport on Monday night, the Brave passed the ball long and looked to have a wide open layup. Instead, Bandon’s Traylyn Arana sprinted back on defense, stole the ball, turned and found Sterling Williams for an easy bucket of her own to give the visiting team a 17-3 lead.

Even when the Tigers made mistakes, they continued to score. Earning their 10th straight win of the season, Bandon recorded a 73-24 win over winless Reedsport to improve to 2-0 in the Sunset Conference.

Bandon’s offense was never a concern on Monday night as the Tigers outscored Reedsport 27-5 in the opening quarter of play. As the Bandon defense created 21 first half turnovers, Reedsport scored just two points in the second quarter and the Tigers took a 44-7 lead to the break.

With bench players shuffling in and getting an extended run of play, the Bandon scoring account was open for all. Eleven of Bandon’s 12 players who entered the game scored.

In the constant scoring attack, Strain finished with 16 points while Arana recorded 15. Williams had 12 points and Eduarda Reolon recorded 11. While those four carried the offensive load, the stat page was filled out as Bella Erenfeld and Martin each had four points and Angie Morones had two. Kennedy Turner and Avery Turner each had two points.

With the victory, the Tigers have improved to 13-1 on the season. Monday’s game was the start of a six-game road trip that is then followed by six straight games at home. And as the Tigers make their way through the schedule, the focus remains the same as it has been throughout the season.

“Our goal this game was to have fun,” said Strain. “That’s been the goal for the last couple games, just have fun, play our game, execute and I think it just showed the level of potential that we have going into the season and going into league and, hopefully, going to state.”

Bandon only played one league game last week — the Tigers had their bye in the first-half schedule Friday — but had three scheduled this week. They were at Myrtle Point on Wednesday (results weren't available by press time) and travel to Toledo on Friday.

Next week, Bandon is at Gold Beach on Tuesday and then has its first big showdown with Coquille on Friday.