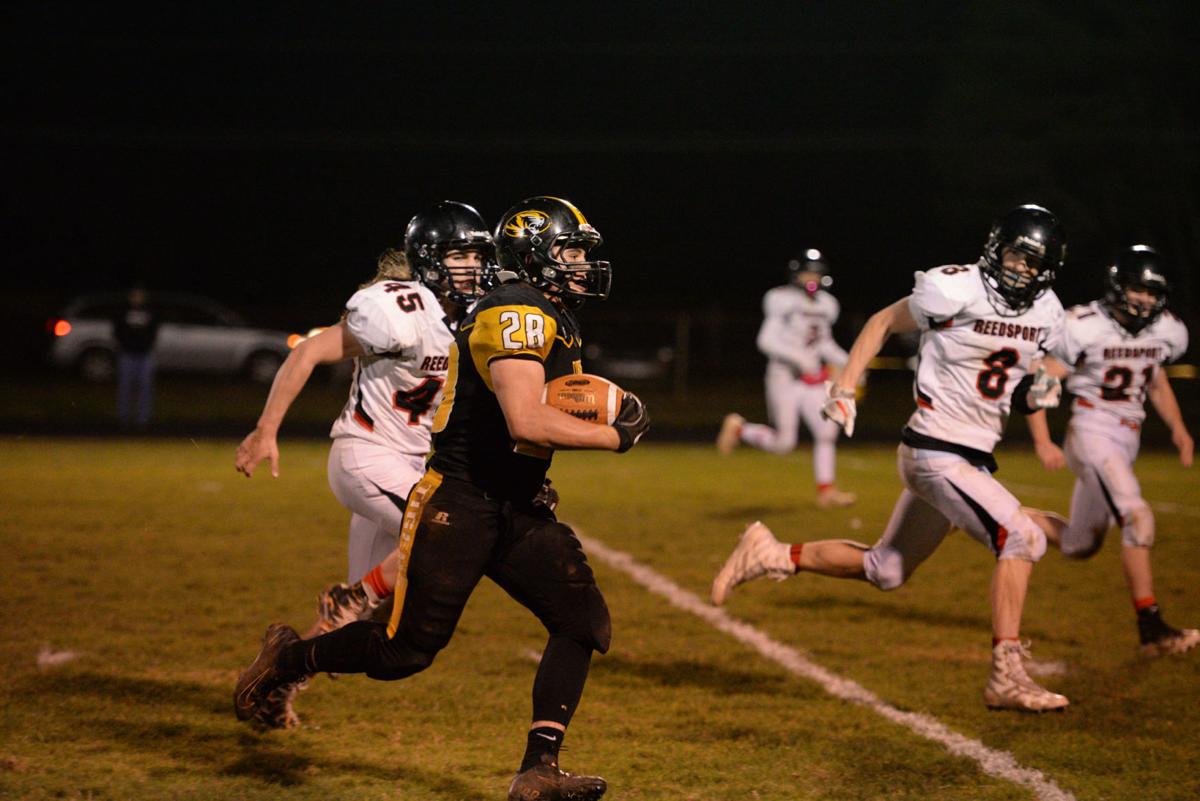 Bandon's Wyatt Dyer runs for a big gain during Friday's game against Reedsport. 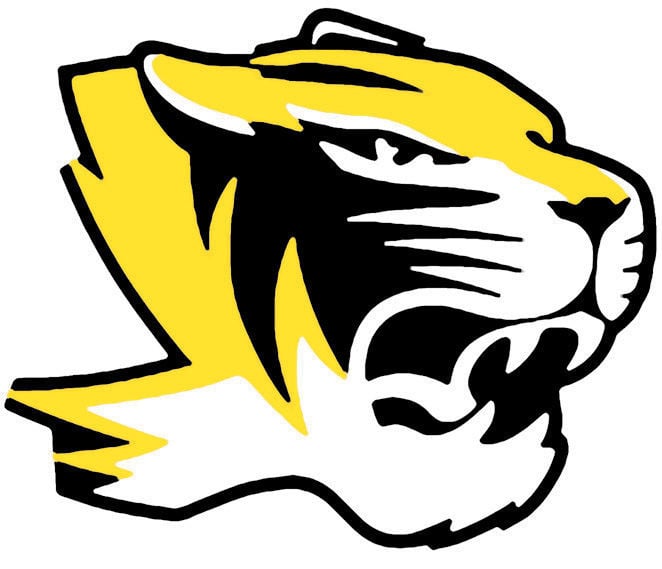 Bandon’s football team followed its big win at Toledo with an equally important win over Reedsport on Friday night.

Now the Tigers are in good shape for a spot in the playoffs. They will finish second in the Sunset Conference if Coquille beats Toledo on Friday, getting an automatic spot in the playoffs, provided they beat winless Gold Beach. If Coquille loses to Toledo, the three teams will likely end in a tie for the title. While Bandon would lose out on the guaranteed playoff spots because Toledo and Coquille have higher spots in the power rankings, with the Tigers up to No. 12, they would get an at-large spot unless they lose several spots after Friday’s game.

To be in the position for the playoffs, the Tigers needed to beat Reedsport, and they did that soundly, scoring the final 43 points in a 56-6 win over the Brave.

“It was a great team win,” Bandon coach Aaron Freitag said. “Everyone contributed.

“Special teams, offense and defense all played great. They were all focused and did their jobs.”

After scoring one touchdown in the first quarter, Bandon had at least two touchdowns in each of the final three.

“I’m really proud of all the guys,” Aaron Freitag said.

Heading into the final week of the season, Toledo is No. 3 and Coquille No. 4 in the Class 2A power rankings.

Bandon’s volleyball team lost to Myrtle Point in its season finale last week, finishing the year 5-7 in the Sunset Conference.