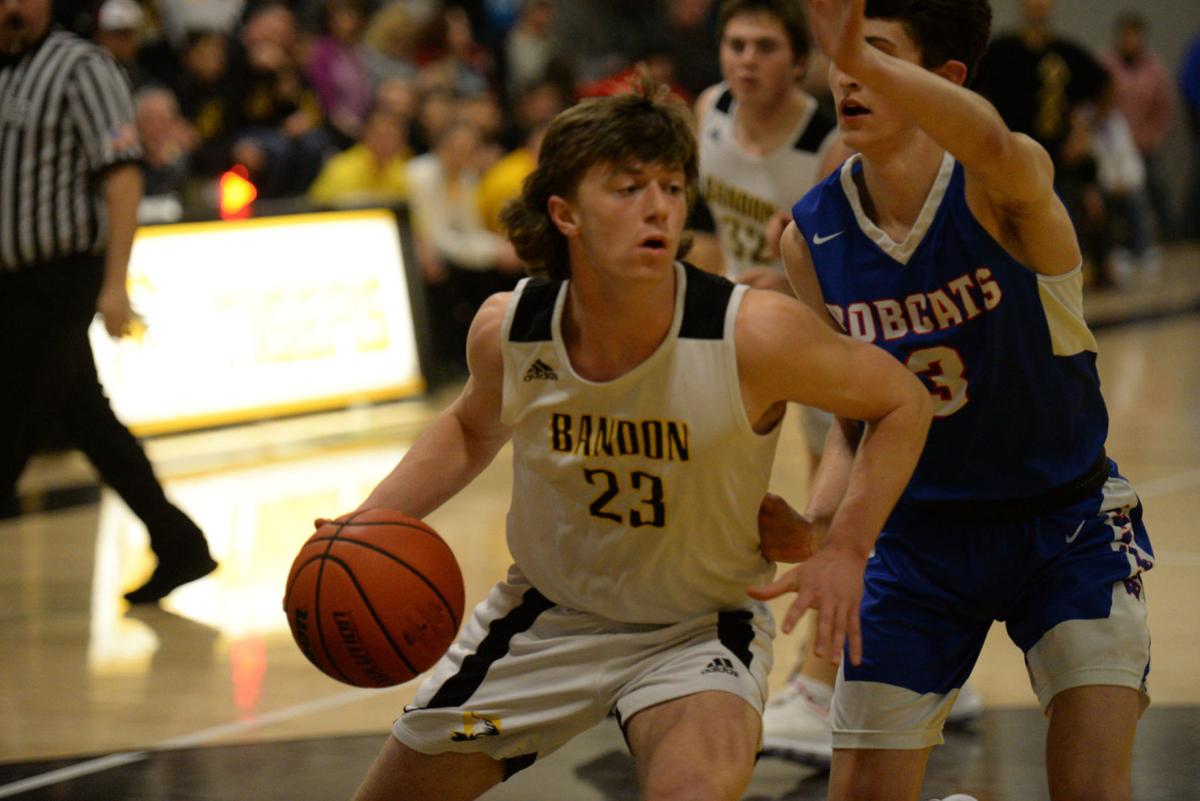 Bandon's Cooper Lang goes to the hoop during last week's win over Myrtle Point. he had 19 points in the victory. 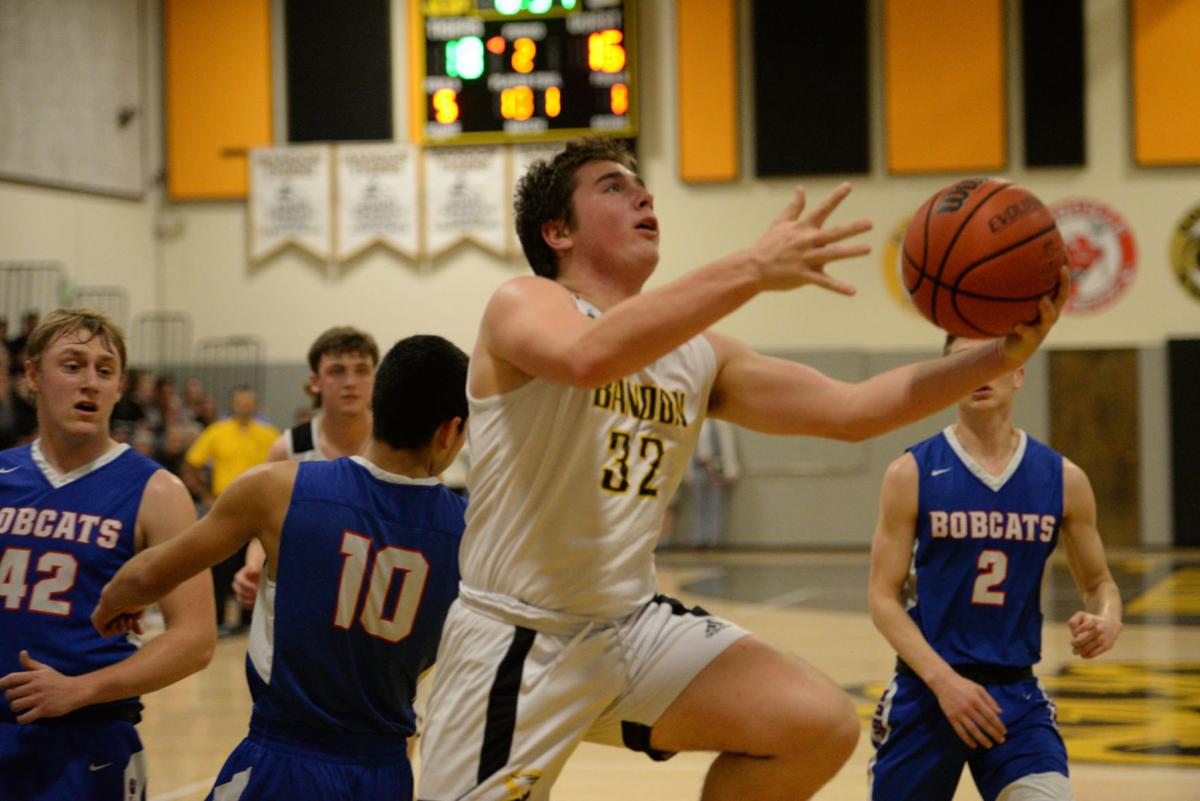 Bandon's Cooper Lang goes to the hoop during last week's win over Myrtle Point. he had 19 points in the victory.

Bandon’s boys basketball team wasn’t able to pull off an upset against top-ranked Toledo on Tuesday, but the Tigers stay in great shape for a spot in the Class 2A state playoffs.

They held Toledo well before its league average in Tuesday’s 62-50 loss and kept battling after falling behind 32-17 at the half.

“The fight was never over with the boys,” Quattrocchi said. “I’m proud of their effort tonight.”

The Tigers finish the regular season with games against Gold Beach on Friday and Coquille on Monday, both at home. A win over the last-place Panthers would guarantee Bandon third place in the league standings and a home game to start the league playoffs.

The league playoffs would be canceled if Coquille manages to beat Toledo on Friday and the two teams end in a tie for first place.

Since Bandon entered the week at No. 8 in the rankings, the Tigers are likely to get one of the four at-large playoff spots that go to teams that don’t finish in the top two in their leagues.

“The boys played well all four quarters,” Quattrocchi said. “Myrtle Point shot the ball well in the first half and didn’t give us a chance to run away with it.”

Cooper Lang had a new best with 19 points, while Braydon Freitag added 18 and Coby Smith 16. Sean White and Trevor Angove were the only other Tigers to score, with six and four points, respectively.

Against Toledo, the Tigers held high-scoring Conner Marchant to 11 points, but Mason McAlpine hit six 3-pointers (five in the first half) and scored 30 points.

“They are a tough team with a lot of shooters,” Quattrocchi said.

Bandon is the only team to somewhat slow the Boomers in league play, having held them to 71 the first time and 62 this week. The Boomers have scored 86 or more in every other league game.

Bandon trailed by 20 at one point, but pulled back within nine in the third quarter. After the Boomers stretched the advantage again, the Tigers were able to close it at the end.

Freitag had 15 points, Smith 12 and Lang and White nine each. Will Freitag had a first-period 3-pointer as well.