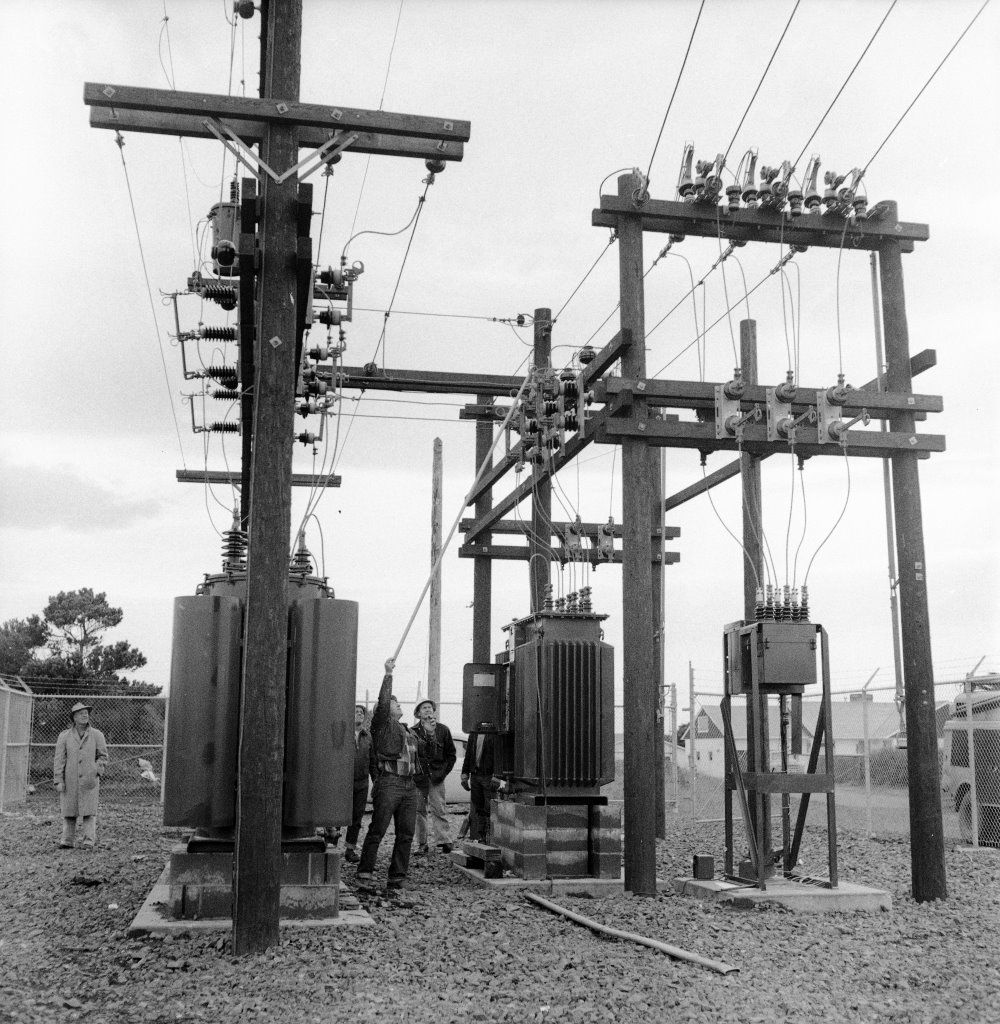 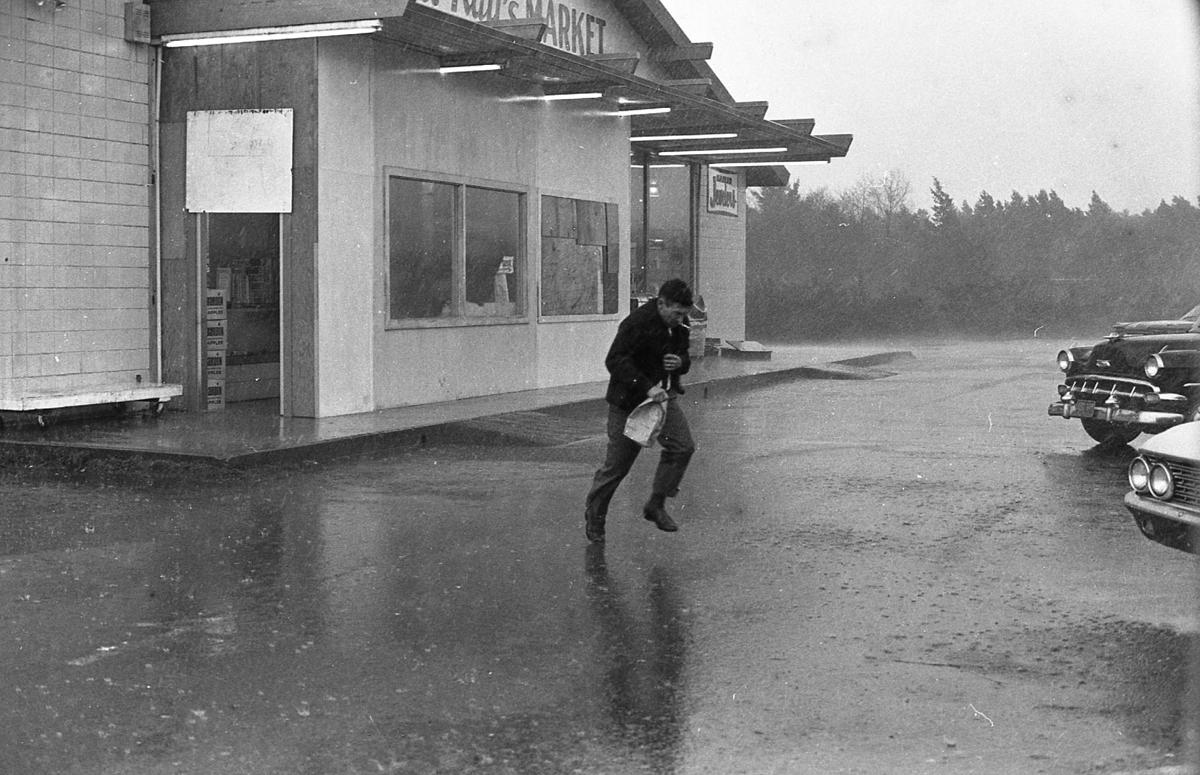 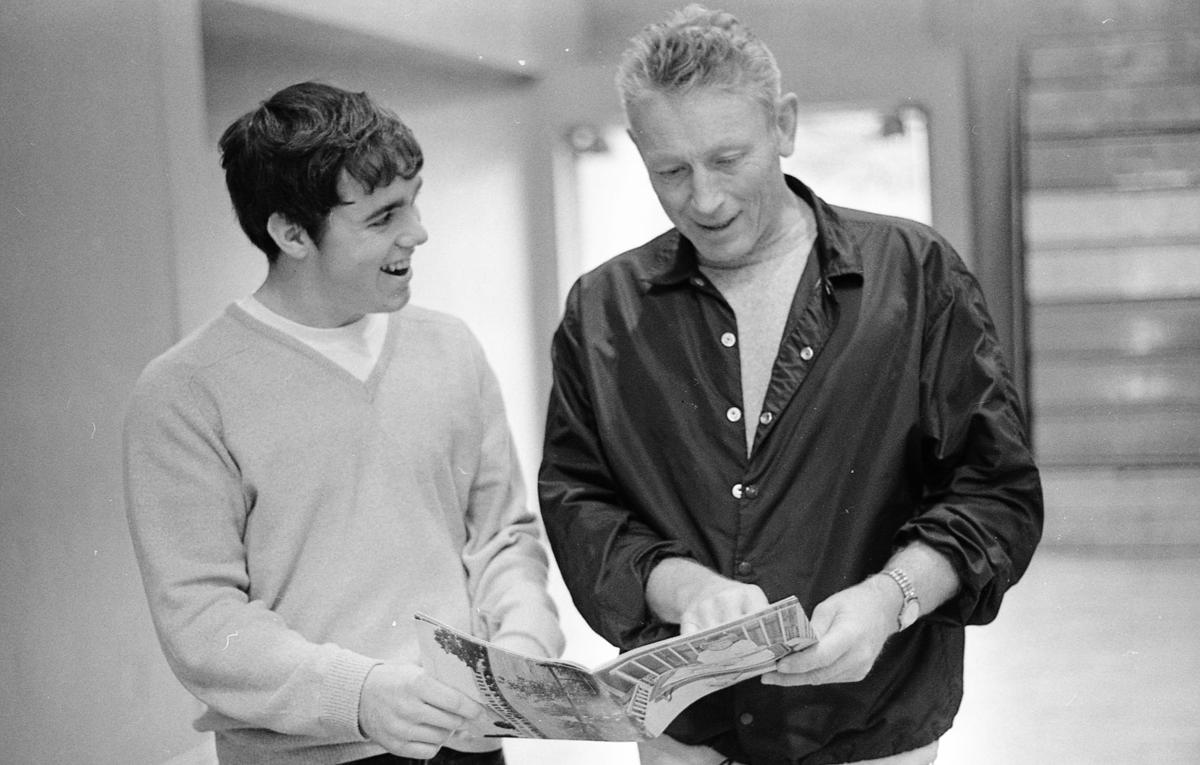 The first photo I am sharing was taken over 60 years ago, in October of 1957, as city employees and industry people closed the switches to energize the City's new West Bandon substation. Pictured include lineman Ken Potterf, Manager of Utilities (city manager) John Fasnacht, standing at left, and linemen Ralph Brown and Harvey Hiley. The accompanying article explains that the new $25,000 installation will serve electrical energy to the west side of town, while east side residents will continue to be served by the substation adjacent to city hall (which today is the Bandon History Museum). New Langlois substations were scheduled to be energized the following week.

For a bit of history I went to Dow Beckham's book about the Bandon Fire.

"Nov. 16, 1907, Bandon began using electricity for lights. The steam power plant operated with a capacity of 2,000 lights. The company went into receivership in March of 1910. Engineer A.S. Elliott took over as manager and began installing meters and extending services to new customers.

"The city of Bandon acquired the power plant in June of 1921 at a cost of $35,000 and became owner of its second utility. For a short time the city held a contract with Nestle's Food Company to connect with their generators in event of an emergency.

"Aug. 1, 1922, the city began operating the hydroelectric plant on Willow Creek south of Langlois. The crews constructed a dam east of the Roosevelt Highway (later Highway 101) and extended the power line to town. Before it was completed the city ran out of funds and had to vote bonds for an additional $40,000. Costs would have been higher to delay so the citizens complied with a positive vote. The first year's operation reflected a net earning of $500 per month. The Willow Creek dam was 60 feet high, 160 feet long and 60 feet thick at the bottom.

"The bonded debt continued to plague the city. Five years later in 1927 a study showed that the city should sell the electric system to a private company." An unbiased estimate of what it was worth found that $150,000 should be the minimum price. But the appraiser recommended that the city not sell its electric system. The city received two bids, one for $100,000 and another from Mountain States Power Company for $120,000. The city did not sell." And the rest is history ... as the city has continued to be one of a handful of cities across the state who operate its own electric company.

The second picture was taken in late December of 1965 during a big storm, which saw winds reach 95 miles an hour at the local Coast Guard Station. More than six inches of rain fell between Dec. 21 and 27 of that year.

But my main reason for sharing this picture is to show you what McKay's Market looked like more than 50 years ago, compared to the much larger building that welcomes customers today.

Several years later, an attached building was home to the Western World office before it moved downtown in the early '80s and is now the east end of McKay's which houses the produce section of the store.

The third picture was taken in February of 1970 as Pat Fraser and Coach Dick Sutherland look over a program of a past year's East-West A-2 Shrine Game. Fraser had just been selected to play in the 1970 classic. Coach Sutherland had coached the West club for the fourth time two years previously.

Son of Mr. and Mrs. Gerry Fraser, Pat was one of four area gridders to be selected for the honor. Among the others was Coquille center John Heenan, son of John and Valda Heenan. The senior Heenan was head of the Oregon State Police in Coquille. Fraser was one of three quarterbacks chosen for the West team.

Coach Gene Morrow of Newport, who played for Coach Sutherland as a schoolboy gridder at The Dalles, coached the West team.

I was shocked by the Thursday night decision of three members of the hospital board to fire the CEO Amy Fine, as she was busy preparing for the real possibility of covid-19 cases coming into the local hospital.

I expressed my concern to the three members, David Allen, Esther Williams and Edie Jurgenson. Only David responded to me. He said the district needs someone with more experience and much better people skills.

I can tell you first hand that his opinion is not shared with any of the people that I have spoken with.

At the board meeting where this untimely and irresponsible decision was made, it was pointed out that Amy was not supporting the board. Maybe it was because she has been working tirelessly to prepare the hospital for the crisis, including working with the city of Bandon to possibly lease part of the Barn to be used for Swing Bed patients. She was great to work with, open and honest.

Board member Carol Acklin, who has supported Amy, as has Tom, since she was hired, pointed out that it cost about $45,000 for the search firm to hire the previous administrator (JoDee Tittle) and it will likely cost that much to replace Amy.

I knew it did not bode well when the board was split 3-2 (David Allen and Esther Williams) when Amy was hired as the CEO. At that time Brian Vick joined Carol and Tom in hiring Amy. He decided not to run again and was replaced by Edie Jurgenson.

We are all fearful and afraid of what will happen next. And this decision just adds to the fear and uncertainty. I am just sorry that the board majority did not feel it prudent and responsible to wait until we had gotten through this crisis before they acted; possibly by putting her on a plan of assistance or some other less drastic action. But to say she needed better people skills? If you know Amy, or have worked with her, you will probably wonder where that comes from.

I have twice served on the board of the Southern Coos Hospital (including back in 1962 when I was the youngest person ever elected) and our local hospital means a lot to me. That's why I think it is so important for me, and others, to get involved.

I am not sure I wrote about this before, but in February a white pitbull attacked a small dog, severely injuring the little dog and sending the little dog's owner to the ER with a serious bite wound to the hand.

Well, the same dog has struck again. This time it was Wednesday evening while a woman and her husband were walking their dog. The same white pitbull was being walked by a woman on Tish-A-Tang lane, when it started snarling, pulled the leash out of her hand and attacked the other dog. Fortunately, the man was able to throw himself on the dogs to break them up and neither he nor his dog were injured.

I do know they called Coos County Animal Control as the first couple did, but I do not know what transpired. At any rate please be warned that if you are walking your dog in the Seabird Drive area, please be aware that this dog is unpredictable, and it could well happen again. If I were walking a dog in that area, I would be carrying pepper spray.

I have been in contact with two former residents in the last couple of days, including Joan Goodbrod and Daisy Mallory Turner. Both are doing fine, but Joan is a bit worried as she lives in an assisted living facility in Woodland, Wash., near where her daughter, Michelle lives. Joan is 87, but looks and feels much younger, but she still feels it's best not to venture out from her apartment at this time.

Although I often email back and forth with Daisy as I come across photos of her boys, I do not actually know where she lives, but I know she has been gone from the community for quite a few years. I believe she also lives in an assisted living facility.

Daisy could be reached by email at daisyoturner@gmail.com.