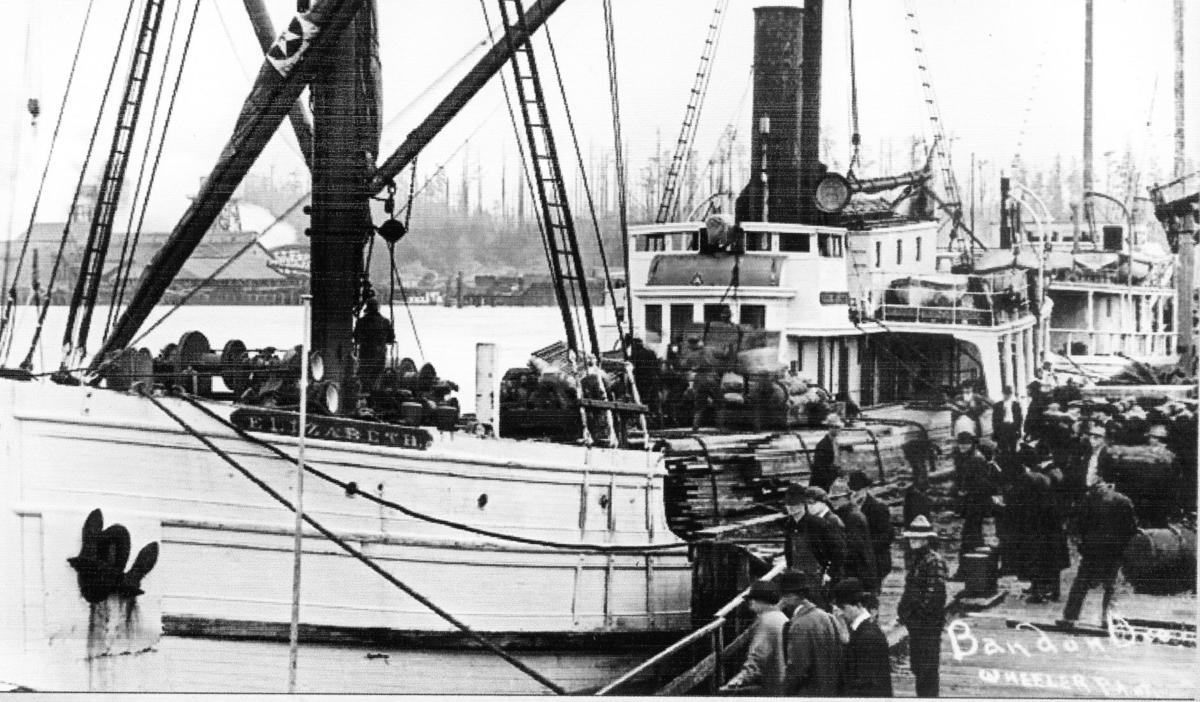 The "Elizabeth" traveled back and forth from Bandon to San Francisco. 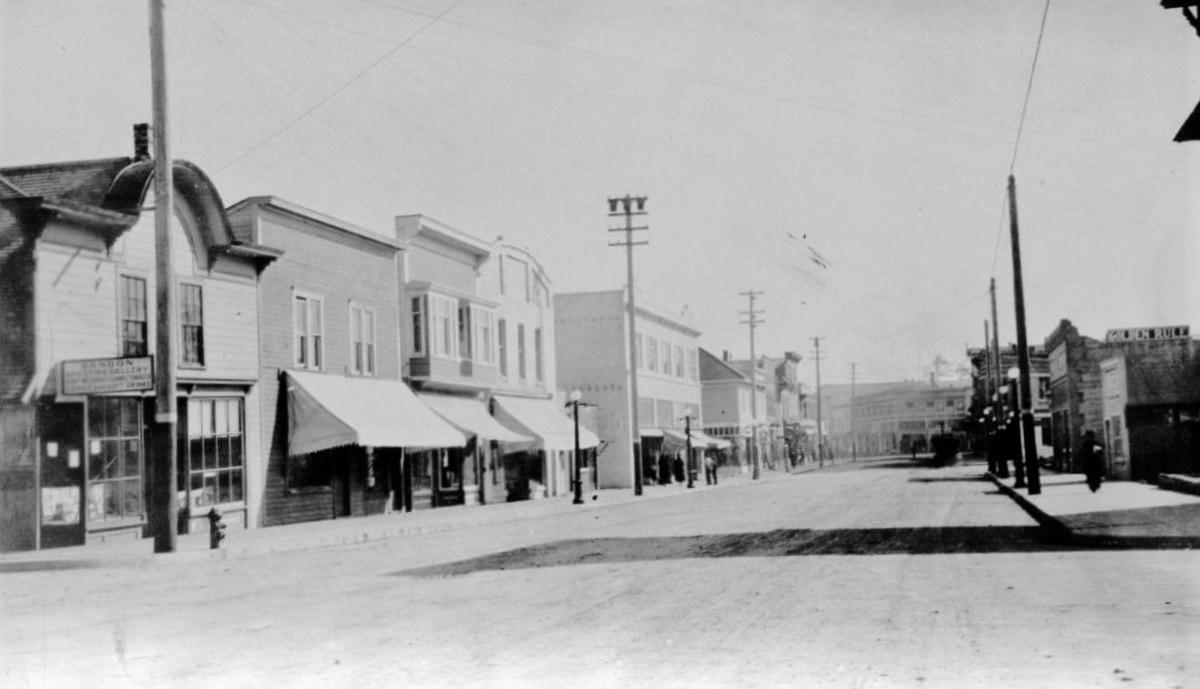 Bandon Shooting Gallery on left, prior to 1936 Fire. 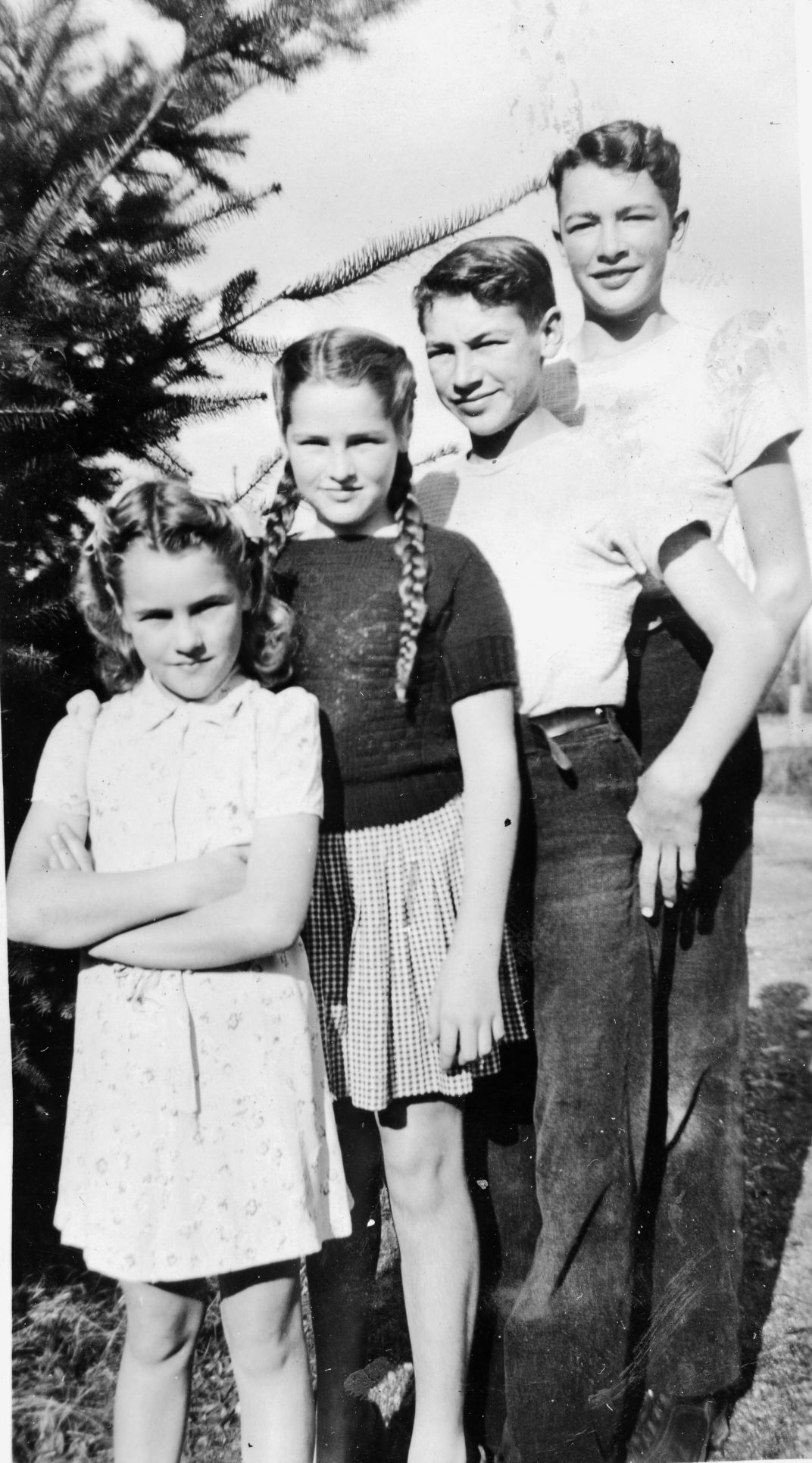 The "Elizabeth" traveled back and forth from Bandon to San Francisco.

Bandon Shooting Gallery on left, prior to 1936 Fire.

The headline in the Dec. 16, 1915, Western World said it best: "Four Hundredth Trip for the Good Ship Elizabeth."

"When the steamer Elizabeth leaves San Francisco on the next voyage her four-hundredth round trip between that city and the Coquille River will have begun," read the article.

"Twelve years ago last February the late Captain C.F. Jensen brought the Elizabeth into Bandon harbor for the first time and she made but one other trip, when to accommodate local trade she took a cargo of canned salmon to Astoria. Eureka saw the boat once when she put in there for coal before she was converted into an 'oil' burner.

"Previous to the first trip of the 'Lizzie' as she is proudly known in Bandon, numerous boats were tried on the run but without success. When this condition was brought to the attention of E. and E.T. Kruse, prominent San Francisco capitalists, they declared they would build a vessel to meet the requirements. The Elizabeth was built in San Francisco and left on the first trip to Bandon in February of 1903.

"As a factor in the development of this section of the country this boat has been more successful than in a financial way, for at times during her first few years the returns did not meet the expense of fuel.

"The average of 30 trips a year for 12 years leaves nothing to be said regarding the service that has been maintained." according to the article.

"The Elizabeth was built for the Bandon-San Francisco run and on that run she will stay, is the declaration of her owners. Should the unlikely time ever come when no other boats enter the Coquille River, this faithful craft will still cross in and out over the bar or be wrecked in the attempt."

The Elizabeth was 142 feet in length, had a 35.8 foot beam and 9.9 foot depth of hold. Nineteen men and officers made up the crew, while she accommodated 29 passengers in all. The upper staterooms were equipped with hot and cold running water and ranked with those of any vessel operating along the coast.

J.E. Walstrom (grandfather of the late Barbara Norton McMahon) was the local agent for the boat. The cost of the eight-day service between Bandon and San Francisco was $7.50 for first-class passengers and $3 for freight.

If you look closely you can see a number of well-dressed men who have either just gotten off the steamer or are waiting to board. In the background is the bustling Moore Mill & Lumber Co.

Much of the activity in the first picture was going on behind this row of businesses in the second photo, which were on the north side of First Street before the Fire.

Jodie Davidson, who works for Kris Burgett, is in possession of a silver coin, about the size of a dime, which reads "Bandon Shooting Gallery Newman and Hansen." On the other side it says "Good for 5 cents in trade." The cover that it's in says the token was used prior to the Bandon fire of September 1936.

The building was located on the east side of Cleveland Avenue (sometimes called short street), which runs north and south off First Street, alongside the house where John and Peggy Towne live and very near the Old Town marketplace building.

I found an old map of the area shortly after the first Fire of 1914, which shows that the Agate Confectionary and Cafe was also in the same building with the Bandon Shooting Gallery. On the sign, I can read the words "tobacco' and "soft drinks."

Across First Street a short distance to the east was the Golden Rule, which after the Fire rebuilt on Second Street where it remained for many years as a popular department store operated by Bob and Margaret Norton (parents of Barbara and Janice).

Not long ago my pal Diane Blake Lewis sent me her family's old photo albums, and I have found some real treasures, including this small photo, my third photo this week, of the four oldest children of Elmer and Grace Gant, Gloria Gant Haga, Glenda Gant Hawkins, Tom Gant and Jim Gant. The picture was probably taken sometime in the mid to late 1940s.

I will be sharing some of the other photos in coming weeks.

Having received some negative feedback (as well as some positive) about my column last week, I feel the need to apologize for those I may have offended. That certainly was not my intent.

What I find sad is that so many of us only want to watch or read a position that strengthens what we already believe about a given situation, without realizing there could be another viewpoint, which there often is .... whether or not we agree with it.

I personally subscribe digitally to The Wall Street Journal, The Oregonian, The Salem Statesman Journal, The World, The LA Times, The Boston Globe, and each day I receive a print copy of the New York Times (except Sunday) and the Register-Guard and weekly, the Brookings paper and the Western World (at a cost of more than $275 a month). It is often interesting to read each publication and see how an issue is portrayed. And, of course, we all know the difference between, for example, Fox News and CNN.

The New York Times fired one of their long-time editors this week because he allowed an editorial comment by a Republican senator, Tom Cotton, to be printed in the NY Times which "did not meet their standards." OMG. That means that from now on, readers will know that there are many points of view which the NYT has decided they will not share with their readers. That is scary and a good reason I also read the Wall Street Journal.

I have pledged to try and keep my column to history and local issues, in the hope that I not offend my readers.

The news last month that a patient at Bay Area Hospital had tested positive for COVID-19, in spite of the fact that the patient felt she (I believe it was a woman) had not been exposed nor did she have symptoms except for a fever, generated some concern in our area.

Doctors questioned the accuracy of the first test, and ordered another test, both of which were evaluated using the hospital's newly acquired rapid testing machine. After a total of three tests, they were convinced that the patient did not have the coronavirus.

As it now stands, most, if not all, of the cases attributed to Coos County came from the Shutter Creek Correctional facility. The latest information from Coos Health and Wellness shows 30 positive and two presumptive cases for Coos County. There have been 2,100 negative tests.