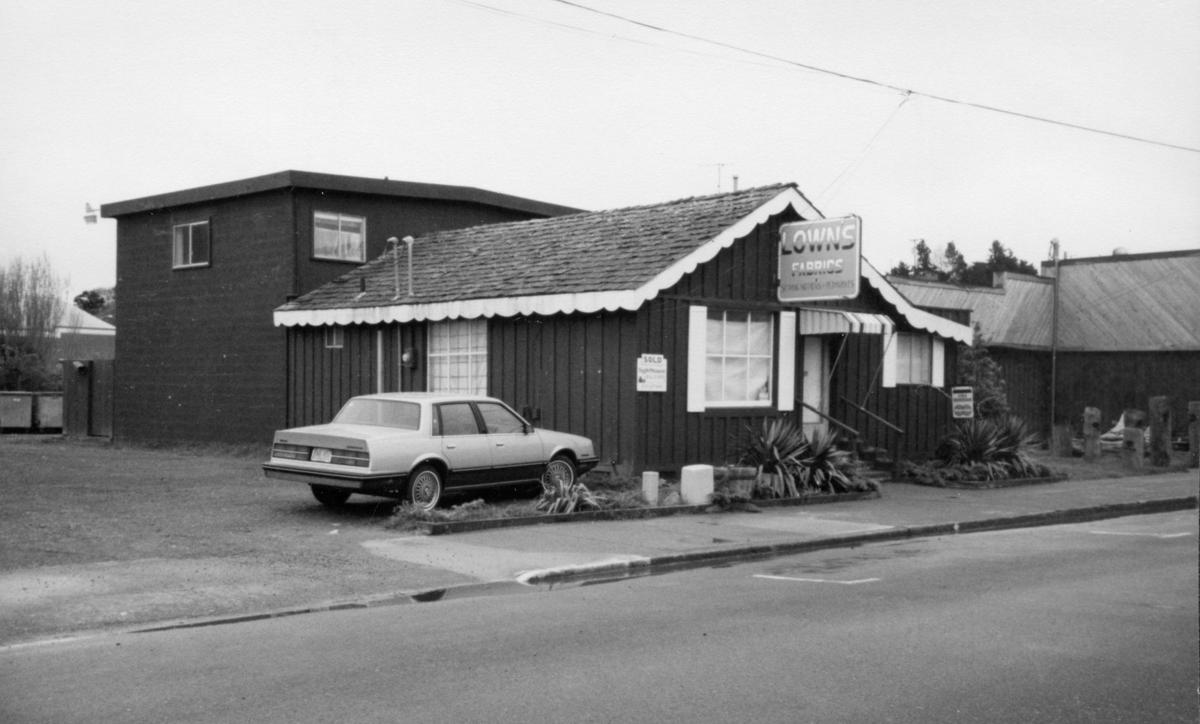 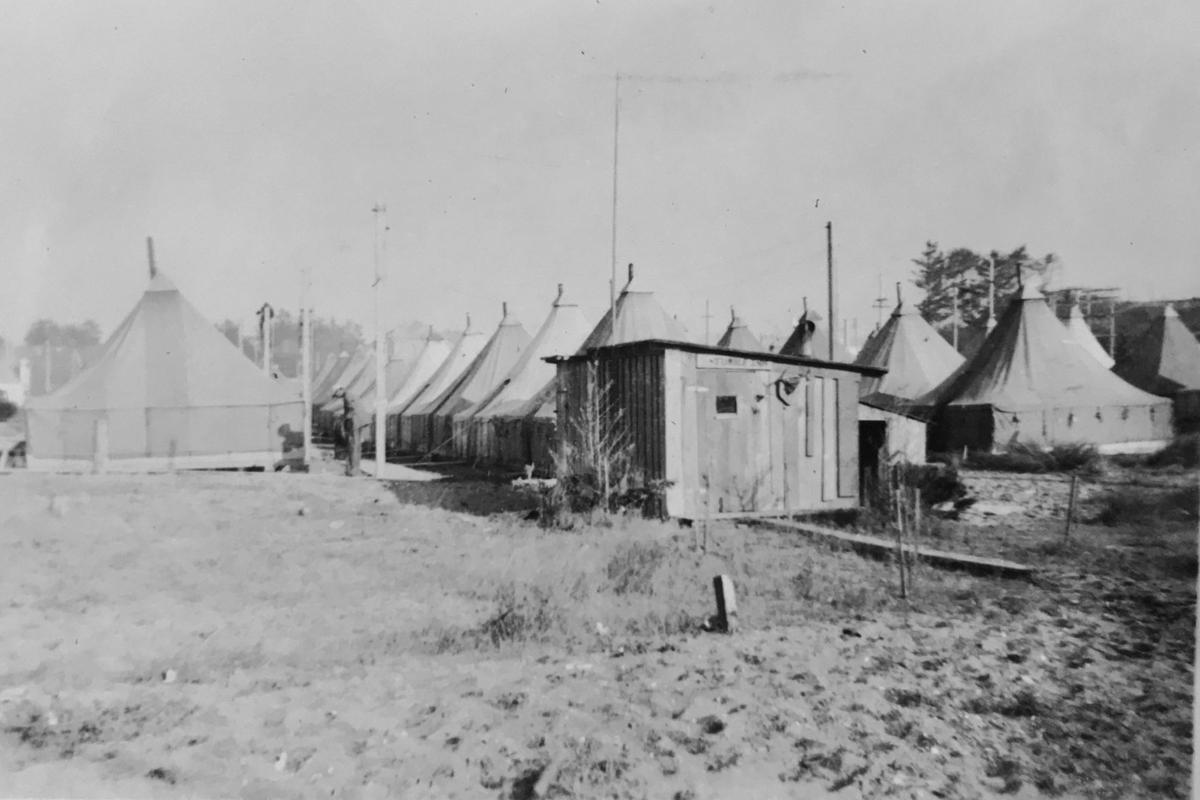 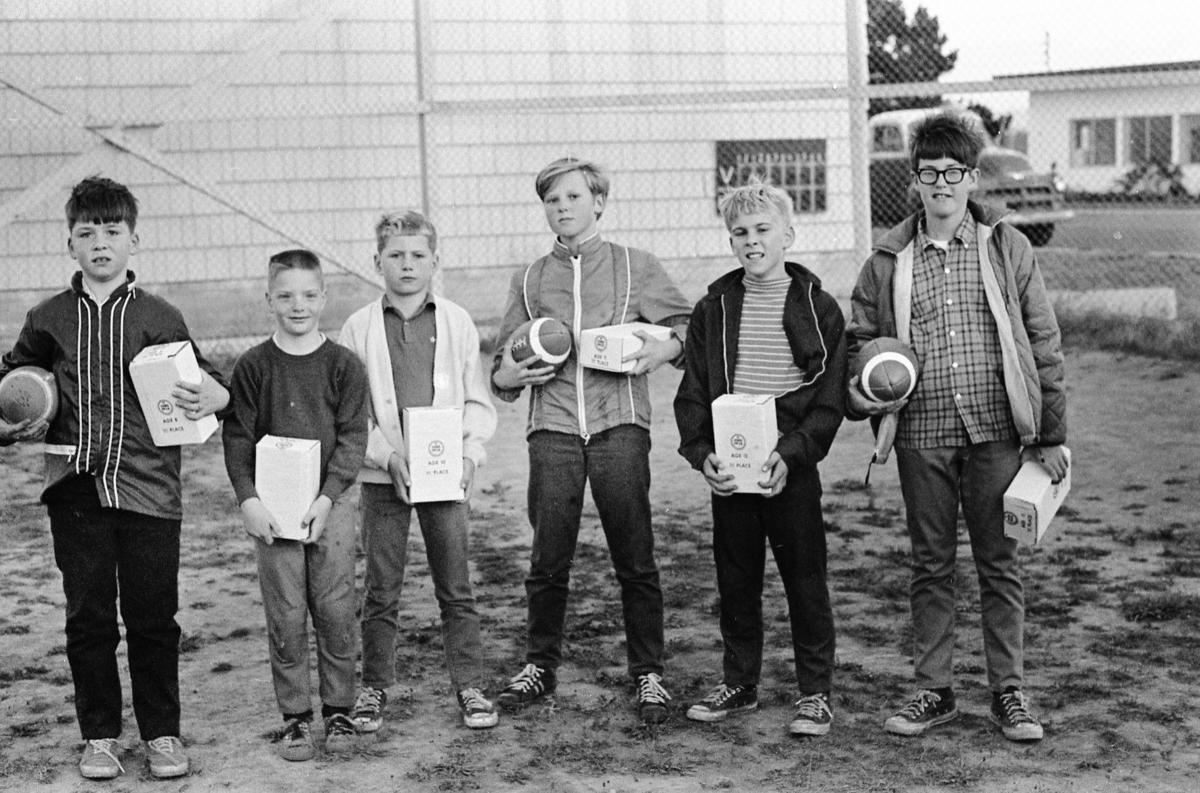 It's going to be hard to write my column today (Sunday) as both Oregon and Oregon State women's basketball teams are on TV, and at 5, it's time to watch the Oscars.

This year the Oscars will be a lot more meaningful for me because I have watched some of the most nominated films, including "Marriage Story," "Little Women," "Once Upon a Time ... in Hollywood," and "Parasite" (well at least I tried to watch it, but turned it off after 45 minutes because I hated where the story was headed).

The first picture I am sharing was probably taken in the 1980s, but I do not have an exact date. Us old-timers can remember when the business on Baltimore Avenue, that is now Sweet Peas, looked like this. The front of the building went clear out to the sidewalk when it was the Lown's Fabrics store.

Later, an owner removed the front section of the building in preparation to rebuild, but learned that because of FEMA (Federal Emergency Management Agency) and city regulations, they could not rebuild. The new owners, Chip and Jean Salmon, beautifully landscaped the area where this building sits and turned the back portion, both upstairs and downstairs, into a popular garden and gift store.

Back in the '50s, Ron and Gladys Larson operated Larson's Cleaners in this building before moving uptown to the building across from Asian Garden which is being remodeled by the new owner Randy Hoffine into a local office for his real estate business, Pacific Properties.

Later, local realtor Frances Cavoretto and her son, David L. Davis, remodeled the old dry cleaners building into their real estate office, with David in front and his mother in the back office.

The back part of this building housed several other businesses in recent years, including Danielle Benjamin's Raven shop. Before that I believe Ilse von Roon operated her Gypsy Wagon business there for a short time. I also think Continuum Center owner Bob Webb lived upstairs at one time and operated Baltimore Street Antiques.

The transformation of the building today by the Salmons makes it hard to believe any part of it is the same building. (After I had written this I realized that I had shared this picture several months ago, but decided to go ahead because I have more information about it this time).

The second picture, of course, was taken not long after the Fire of 1936 when the American Red Cross moved into town and established a tent city along the waterfront, from Chicago Avenue east to house many of Bandon's displaced residents.

"In four days, Bandon had changed from a typical seaport city to a

'Klondike' boom town. The Red Cross had pitched rows of tent-houses for many of the homeless. Rubble was being shoved aside to make way for business houses. Martial law had been declared to minimize looting and about 35 state police were billeted there to back up the decree. It was a scene of bustling activity, if nothing more than acquaintances reviewing the fateful night. Always, there was the one question -- 'What were you able to save?'

"As there was no place to buy food, most ate in the community 'soup kitchen.'

"The term going downtown now meant going to the Bob-Otto Court, a service station, and a few motel units. One could always find someone who knew what new buildings were being constructed -- or information on friends not yet seen. The Court also maintained a bulletin board for messages."

The third photo is one I wanted to share last week, but had to get a better copy from Jim at the museum. These boys are the Punt, Pass & Kick winners from October of 1970. The event was hosted by Edgar Capps, owner of Capps Motor Company, who was assisted by some of the fathers and other community members.

I attended a special birthday party Saturday honoring long-time Bandon resident and native Marjorie Bullard Stephenson .... on her 106th birthday. Believe me, this special lady would amaze you.

The party was held in the Alexander Hall at the First Baptist Church, hosted by her daughter, Carol Fugere, and also honored Marjorie's son, Fred Hultin, who shares her birth date.

In the last year, Marjorie has been making her home with a family in Coquille after she took a bad fall and could no longer live alone.

Marjorie was born in one of the houses that still stands in Prosper. The Bullard family property, where Bullards Beach State Park is now, was deeded to her ancestors in the 1860s by President Lincoln.

This information came from Bill Smith (who loves history as much as I do), who said his mother, the late Mary Younce Smith, was the very first babysitter that Marjorie had hired to babysit her two small children (Carol and Fred), as Mary lived next door on the boardwalk that went from the bridge out toward Prosper.

Also present for the party were Sally Baird Johnston and Susie Baird Webber, daughters of the late Betty Bullard Baird (Marjorie's sister) who died several years ago at the age of 99.

You know you've made it big when you appear in the News Quiz of the Sunday Wall Street Journal. The first question in the Jan. 25-26 quiz was: "University of Oregon hoop star Sabrina Ionescu has won praise from Steph Curry and LeBron James. In what category has she surpassed any other Division 1 player in history -- male or female?"

The choices were points scored, career assists, triple doubles or all of the above. The answer, as we basketball fans know, is triple doubles. Not only that, but she now has twice as many (24) as any other NCAA player and is said to be, without question, the best player in college basketball at this time.

A triple double means that she has reached double digits in scoring, rebounding and assists in a single game.

I saw an interesting ad from Bank of Bandon in the May 31, 1934, Western World, which could have just as well been written today. Here is how it reads:

"Tourist Dollars Add to Community Wealth ..."Tourist Dollars are outside dollars that add to the wealth of the Community. They should be sought after with greater diligence. The Bandon Community has every facility for attracting the tourist and vacationist. It should, through united effort, and through individual contact with visitors, encourage their stay over a longer period of time. Tell them of the various local attractions and hold them to see all.

"More outside dollars means more wealth for the community. They augment the capital that through your local bank can be put to work in local development, and in the establishment of payrolls."

Get reacquainted with the Bandon Historical Society Museum

The Bandon Historical Society Museum opened for the 2020 year in February after being closed in January. Museum personnel use the winter closure to take care of major projects, like moving a cannon.