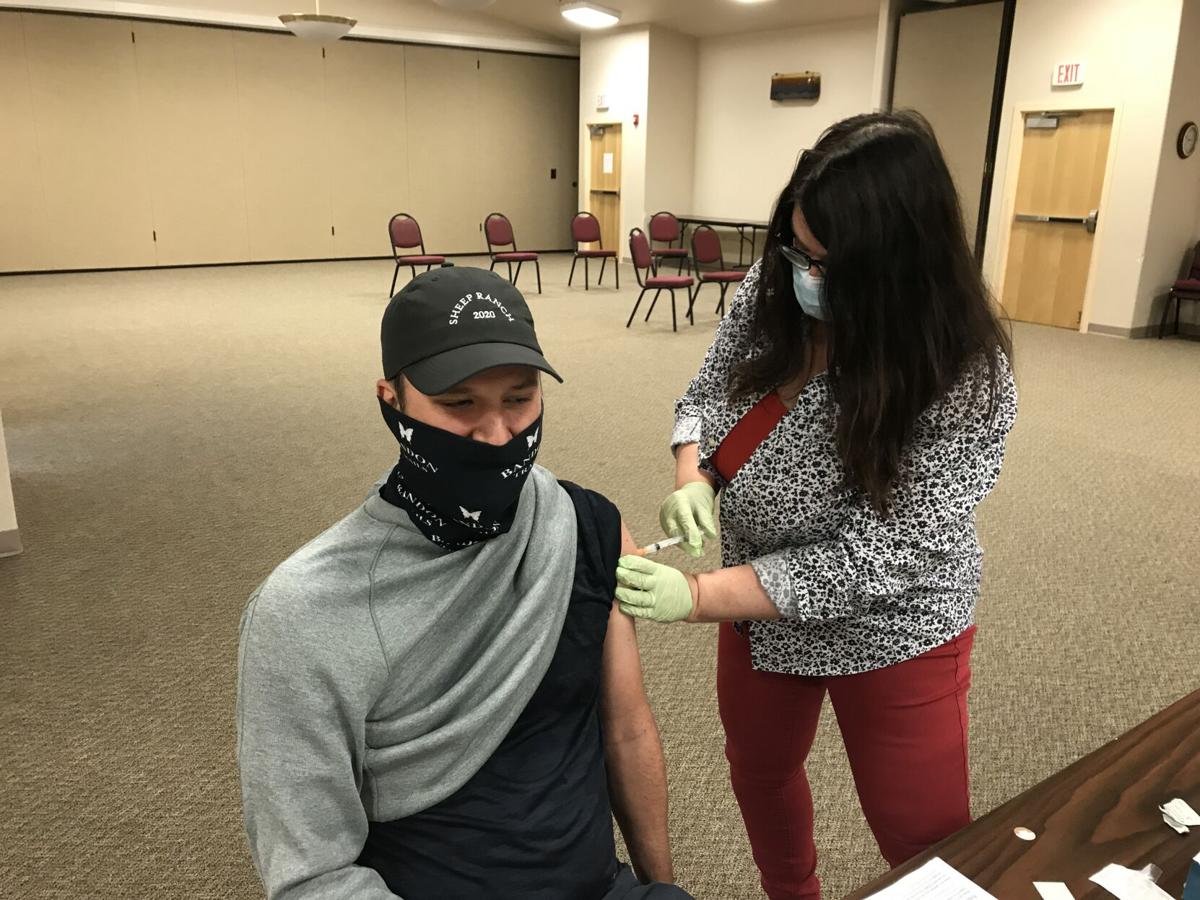 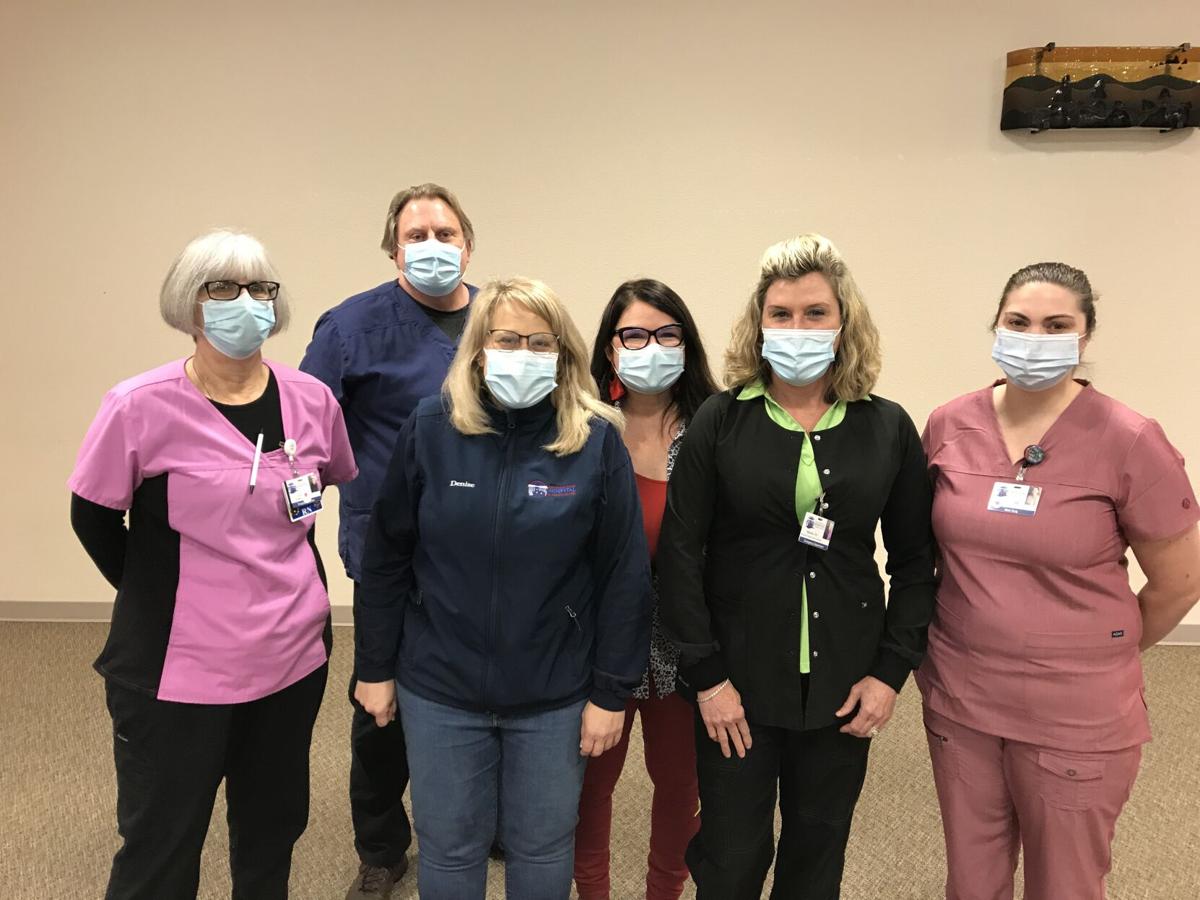 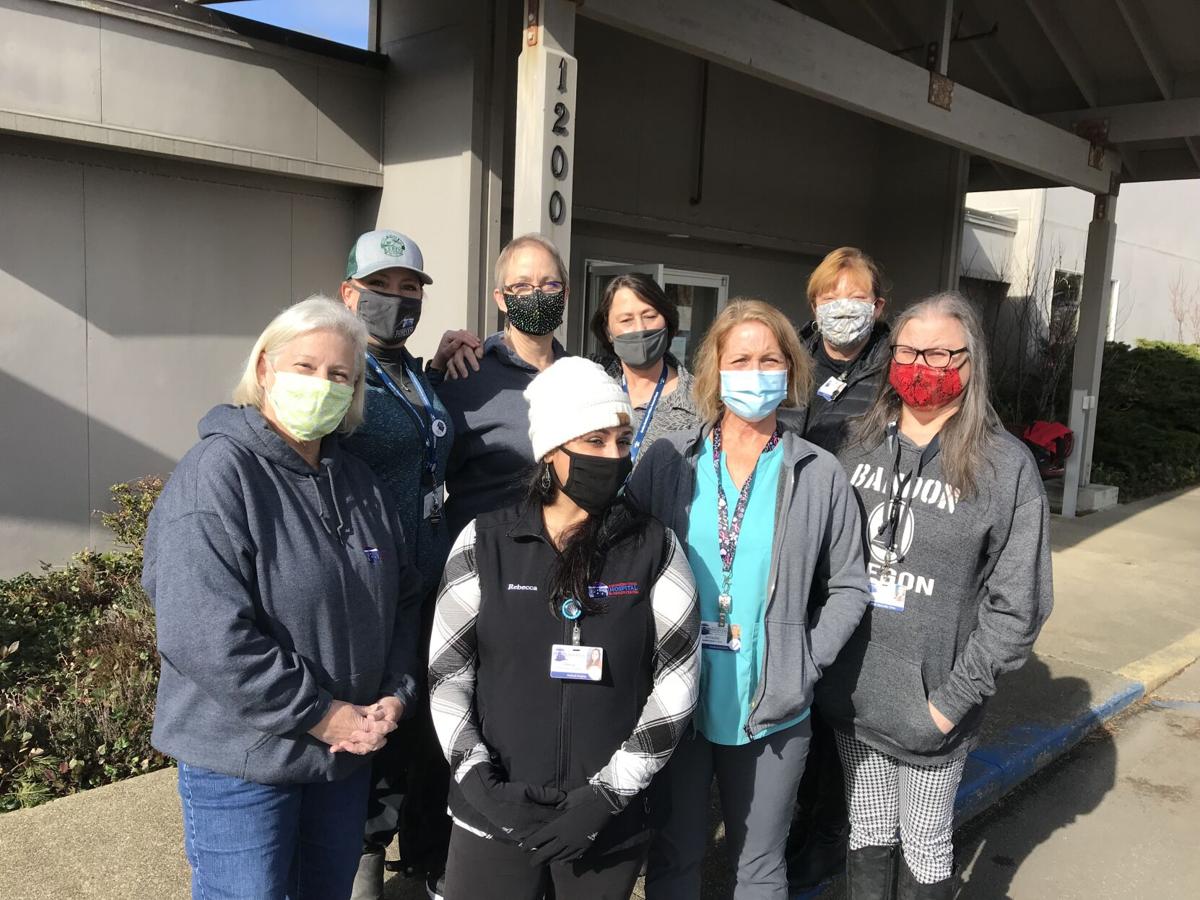 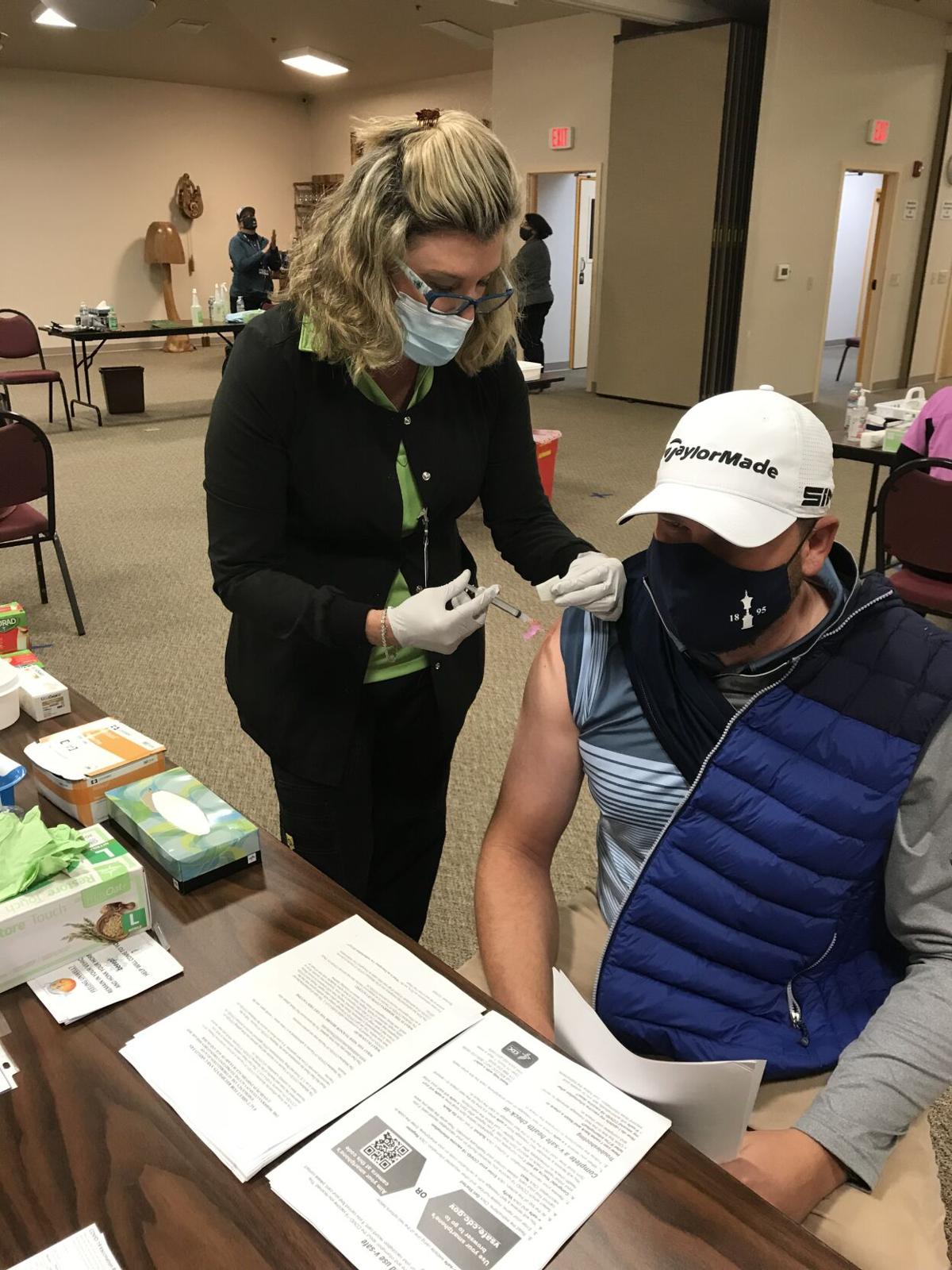 Jeff Simonds receives a vaccine from Melanie Collins during the vaccination clinic.

Jeff Simonds receives a vaccine from Melanie Collins during the vaccination clinic.

BANDON — As Scott Millhouser sat at a table Saturday morning, Debra Guzman walked him through the procedure of getting his first dose of a COVID-19 vaccine.

After explaining possible side effects and making sure all his paperwork was in order, Guzman administered the shot into his arm before Millhouser was soon replaced by another vaccine recipient.

Guzman considered it a good use of her weekend.

“It’s great — anything I can do to help,” she said. “It’s been a scary year for people. It gives people a little hope for the first time in a long time.”

Saturday’s clinic was for care givers and educators from the South Coast, and they came from several different towns. The 100 available slots filled quickly when people were given an opportunity to register for the event.

McNeely said the event ran smoothly, in part because even though it was the first for SCHHC, there have been several in Coos County.

McNeely is part of the county’s vaccine committee.

“We all meet weekly to try to figure out the best way to get the vaccine out quickly,” she said.

Just that the vaccine is now available is exciting for McNeely.

“As a health care worker, I’m relieved that there is a layer of protection that there hasn’t been for nine months,” she said.

Millhouser qualified for the vaccine as the golf coach for Bandon High School.

“I don’t know if I’m excited (about getting the vaccine), but I’m willing,” he said. “If it helps with the golf season, helps people keep safe, helps me keep safe, then I’m all for it.”

Soon after Millhouser received his vaccine, fellow Bandon Dunes employee Jeff Simonds got his from Melanie Collins, another nurse helping at the event. Like Millhouser, Simonds is a youth sports coach.

“I think it’s the responsible thing to do,” Simonds said. “I had a little internal conflict being (in an early wave) to get it, but coaching youth sports at the school, it’s not just about me, it’s about others around me.”

Collins, who is an emergency room nurse, said seeing people in the vaccination clinic in the community setting, rather than seeing patients in the emergency room, was a nice experience, and added that she was more than happy to help out.

The people vaccinated Saturday, like all the others at various events in Coos County, received the Moderna vaccine, which requires two doses. They will receive the second dose exactly four weeks later.

Meanwhile, SCHHC looks forward to being able to provide other vaccination events as more doses become available and the state rules for who is eligible evolve.

“There’s very strict rules who you can give your vaccine to,” said Denise Ebenal, the infection prevention employee health nurse for Southern Coos Hospital and Health Center. “We have to follow all the guidelines.

“The intention of everybody is to get it out, to get it to everyone who wants it.”

“Once we get through the tiers, if they keep giving us doses, by summer everyone who wants one should have it,” she said. “It’s just supply and demand. We know there’s a demand. We’ll fill it as soon as we can.”

Saturday’s event went smoothly, with organizers limiting the schedule to 25 recipients per hour and plenty of volunteers on hand.

Millhouser said the process was painless.

“They are very organized here,” he said. “I got right in during my scheduled time.”

“Southern Coos Hospital has done a great job,” he said.

McNeely said she was thankful for another group.

“We are super grateful for Bay Cities Ambulance,” she said. “They have been really gracious and awesome about showing up and being on standby.”

The ambulance crew was in case anybody had a severe reaction to the vaccine.

McNeely also was grateful for the volunteers giving who made the event possible.

“It’s really great now all over the county seeing people willing to give up their time for the cause,” she said.