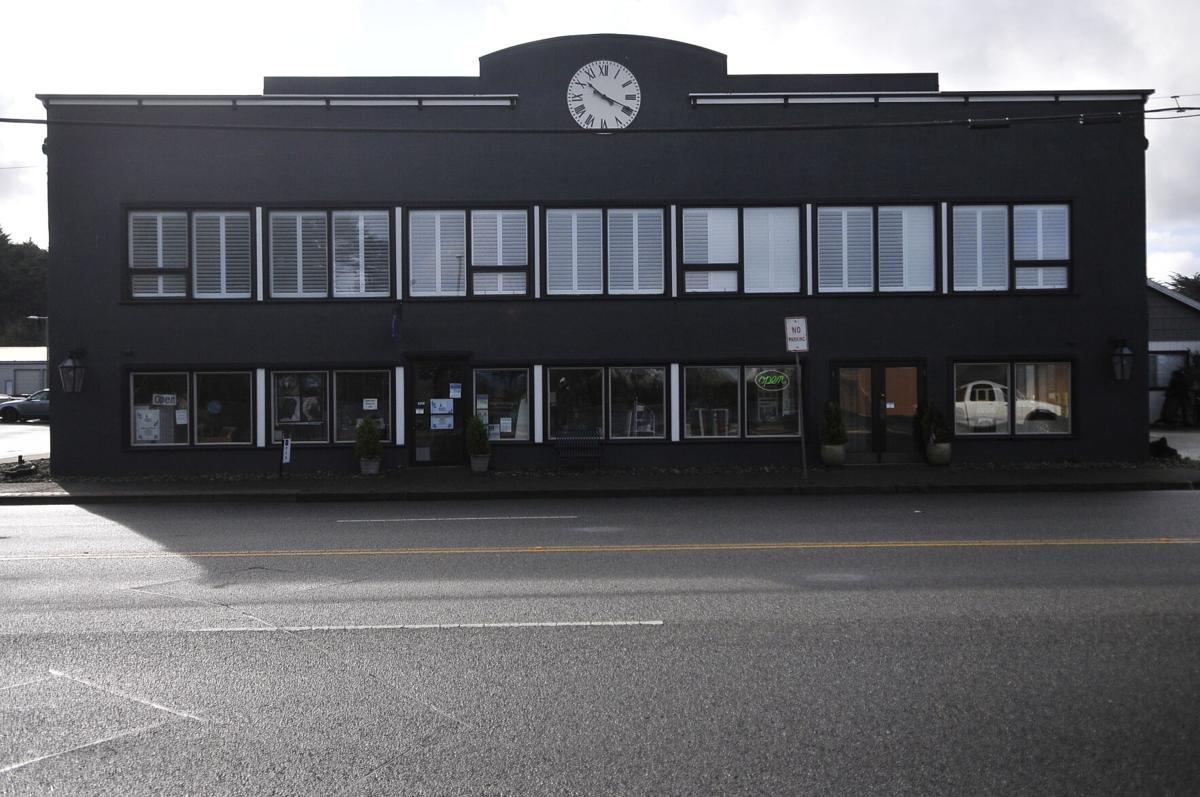 The former Forget-Me-Knots building in Bandon received an honor for how it was adapted for a new use. 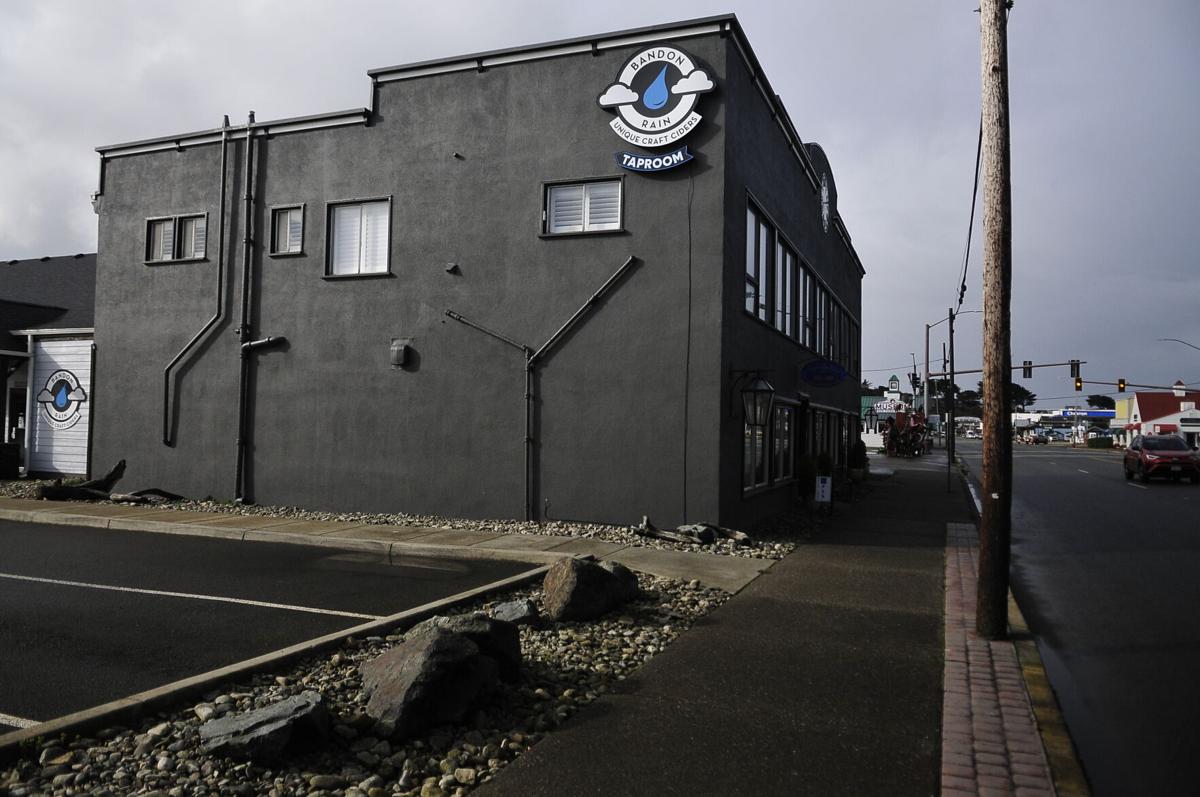 The former Forget-Me-Knots building in Bandon received an honor for how it was adapted for a new use.

Two Bandon-area projects and one in Reedsport earned recognition in the Main Street’s Excellence in Downtown Revitalization Awards, which were announced recently.

The building at 640 2nd Street that houses both the quilt shop Forget-Me-Knots and Bandon Rain won for Best Adaptive Reuse.

Meanwhile, the fundraiser to support caddies who were out of work when Bandon Dunes had to shot down for several weeks early in the pandemic by the Greater Bandon Association and Greater than Golf won for Best Special Project.

And Bandon resident Sharron Schmidt was honored with a Certificate of Appreciation for her volunteer service.

Oregon Main Street’s Excellence in Downtown Revitalization Awards were created in 2010 to recognize the efforts of those who work day-in and day-out to revitalize Oregon’s historic downtowns and traditional commercial neighborhoods, according to a press release from the Oregon Department of Parks and Recreation. The program is part of Oregon Heritage, a division of the Oregon Parks and Recreation Department.

The Best Adaptive Reuse award honored the work of Heidi Sause to rehabilitate the building that formerly housed just Forget-Me-Knots. Its owner had dreamed of renovating the building, but struggled with the costs of maintenance.

Sause bought the building and renovated it, and was recognized for her work especially given constraints of FEMA regulations. Now it houses the quilt shop in one of the retail spaces on the first floor. The second floor was converted into a two-bedroom, two-bathroom luxury apartment. And Sause recruited Bandon Rain, which is a good complement to Face Rock Creamery, located across the parking lot from the cider shop.

“Heidi’s vision was to turn the vast space into a multi-use building,” said the narrator of a video about the award. “To accomplish that, the exterior and interior of the building needed work and the roof had to be replaced.”

The Greater Bandon Association was involved in the renovation from the start, helping Sause get assistance from the city’s façade improvement program and also a conditional use permit that allows Bandon Rain to produce cider in the building.

“Cider production is essential to this experience-economy business and the Greater Bandon Association was there to assist Heidi in gaining the permit,” the narrator said.

In the video, Sause thanked Forget-Me-Knots owner Michelle Hoffman for giving her the opportunity to revitalize the building and Hoffman said it’s been a great improvement.

“We reduced our space, which we needed to do,” she said. “We moved everything around and it is coming together really well. People are really pleased with all we’ve done with the space. It’s been a great process.”

The Best Special Project award went to a project not normally within the scope of main street organizations, but one deemed significant for Bandon’s economy.

More than 350 caddies, who are independent contractors, were put out of work when the resort closed to rework how it would do business during the pandemic. They make up as much as 15 percent of Bandon’s workforce, according to the video for the award.

A group of caddies, a group of Bandon Dunes professionals and the Greater Bandon Association got together to create the Greater than Golf initiative.

Through a go fund me campaign, sale of merchandise with the Greater than Golf logo, an online auction and donations, the group raised more than $300,000, which was distributed to 259 eligible caddies.

Harv Schubothe, the executive director of the Greater Bandon Association, said the project was important to the economy.

“Bandon Dunes Golf Resort is the largest employer in our area,” he said, adding that the caddies losing work for several weeks “was a huge hit to Bandon’s economy.”

“We feel honored that our fundraising effort would be acknowledged,” said Todd Petrey, one of the caddies who led the effort. “I would just like to say thank you to Harv and GBA and the thousands of people who donated to our program.

“Greater than Golf is nothing more than harvesting the good out of the game of golf. There is more to it than swinging and walking and birdies. There is a fundamental warmth that comes from the game. There is intent. And there is a lot of good that is going to come out of this organization, even though it came from a pandemic.”

The façade improvement project in Reedsport was a big renovation of a building that is prominent in downtown.

The Welcome Hotel is one of the first buildings people see when entering downtown on Highway 38. The second floor was severely damaged by a fire 25 years ago and the windows were boarded up, which created somewhat of an eyesore.

“Its deteriorating condition was not very welcoming to the district and didn’t encourage people to stop in the town,” the narrator of the award video said. “The rehabilitation of the Welcome Hotel has been on the wish list of Reedsport Main Street for many years.”

New property owner Robb Crocker had the vision and expertise to bring the building back to life. The work included restoring the entire façade as close as possible to the original 1925 appearance. When finished, the building will include renovated commercial spaces and 10 second-story apartments.

“Now the Welcome Hotel once again lives up to its name and is a wonderful example of bringing back historic architecture in this small coastal community,” the narrator said.

Crocker, who grew up in Reedsport, said he remembers the building when he was younger and wanted to improve it.

“The city has been incredibly supportive in helping us get through the hoops we need to to make sure it’s safe for new occupancy,” he said. “The (Reedsport) Main Street program has been incredible. We’ve also gotten a grant to help us repair and replace the roof from the historic preservation office from the state main street program.”

He noted several other downtown buildings have also undergone improvements by their owners.

“I love old buildings,” he said. “I love history. I love understanding the backstory of these old buildings. To save them is really important to me and I really love doing it.”

Seeing downtown revitalized has been refreshing, he said.

“It really is a team effort,” he said. “It’s just a building at a time. Before you know it, one building gets fixed up and a neighbor decides well, they should spruce theirs up and the next neighbor decides, ‘Wow, well I should do mine, too,’ and a building and one building at a time, these communities are changing their downtown cores and preserving their history and making them fun places to be a part of and to live in and to visit and to do business to. It’s exciting to see this resurgence in the interest of these downtown cores in these communities.”

In all, 15 businesses, projects and individuals were recognized by the program statewide.

“What is particularly rewarding is to see how many individuals are giving their time, energy and creativity to make their communities a better place,” said Sheri Stuart, the state coordinator for Oregon Main Street. “Now more than ever it is important to celebrate our award winners. They serve as an inspiration to other communities.

“By their actions, they encourage others to join our network to preserve the heart and soul of communities across our state. We thank them for their efforts and congratulate all our nominees on their achievements.”