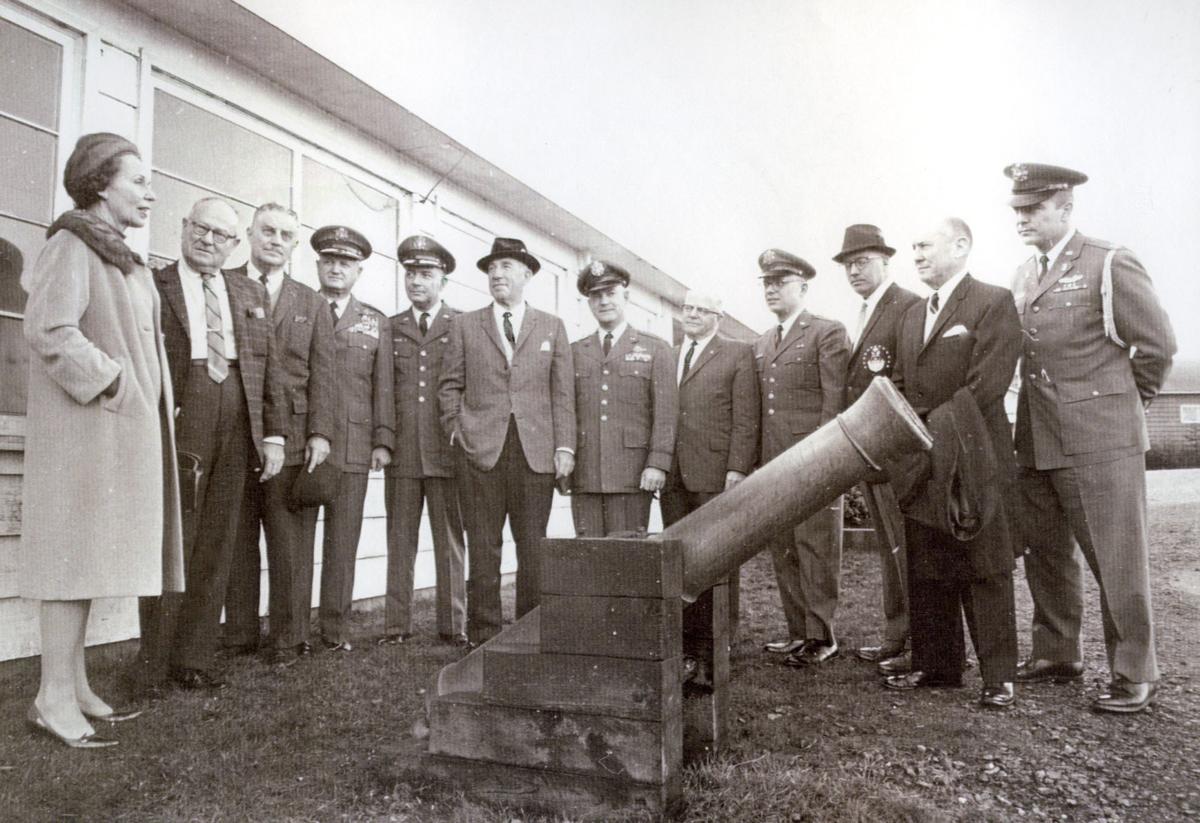 Esther Millard and others with cannon. The cannon which once stood outside Bandon's Millard Military Academy, is now a permanent part of the collection at the Bandon Historical Society. 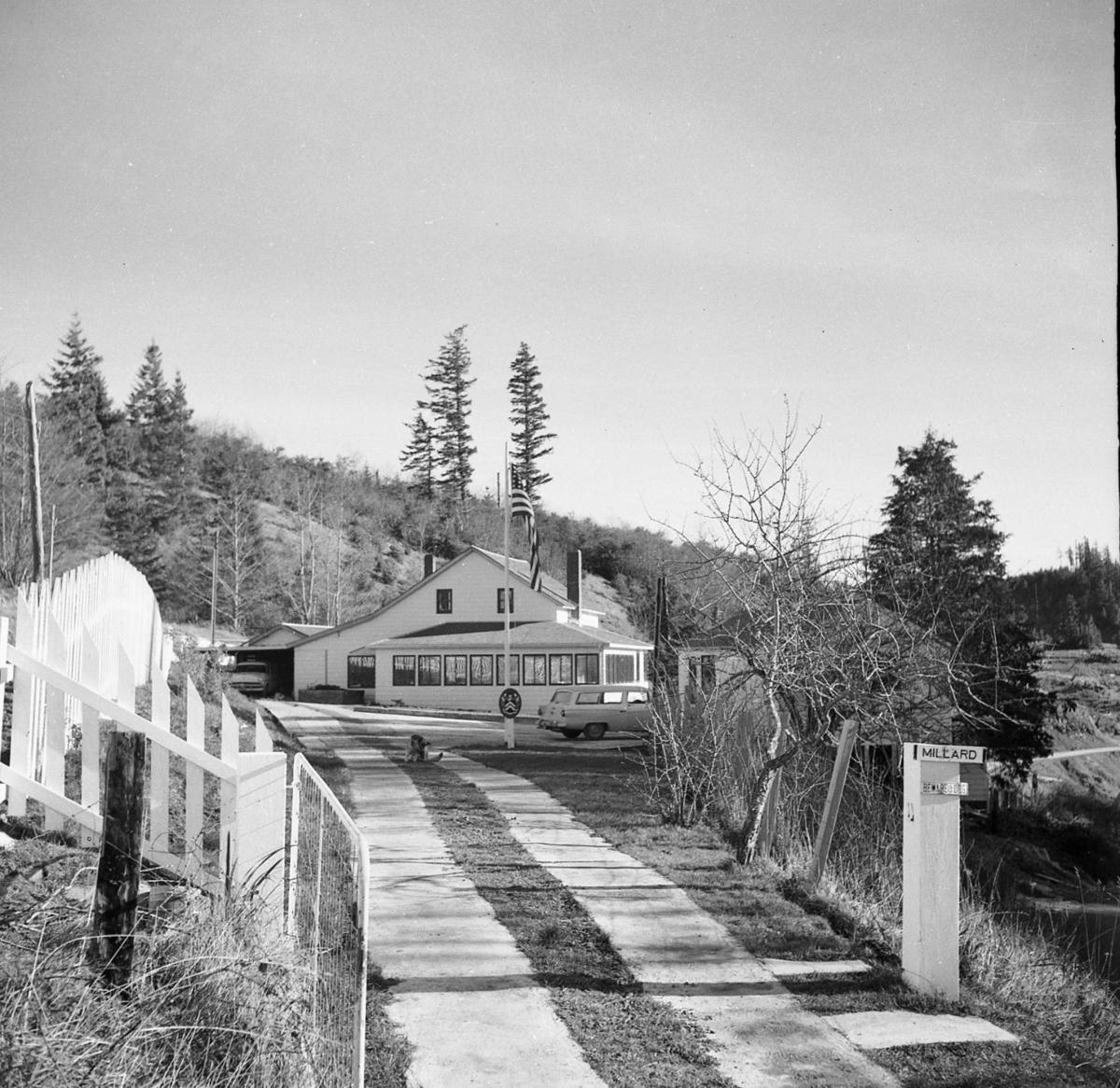 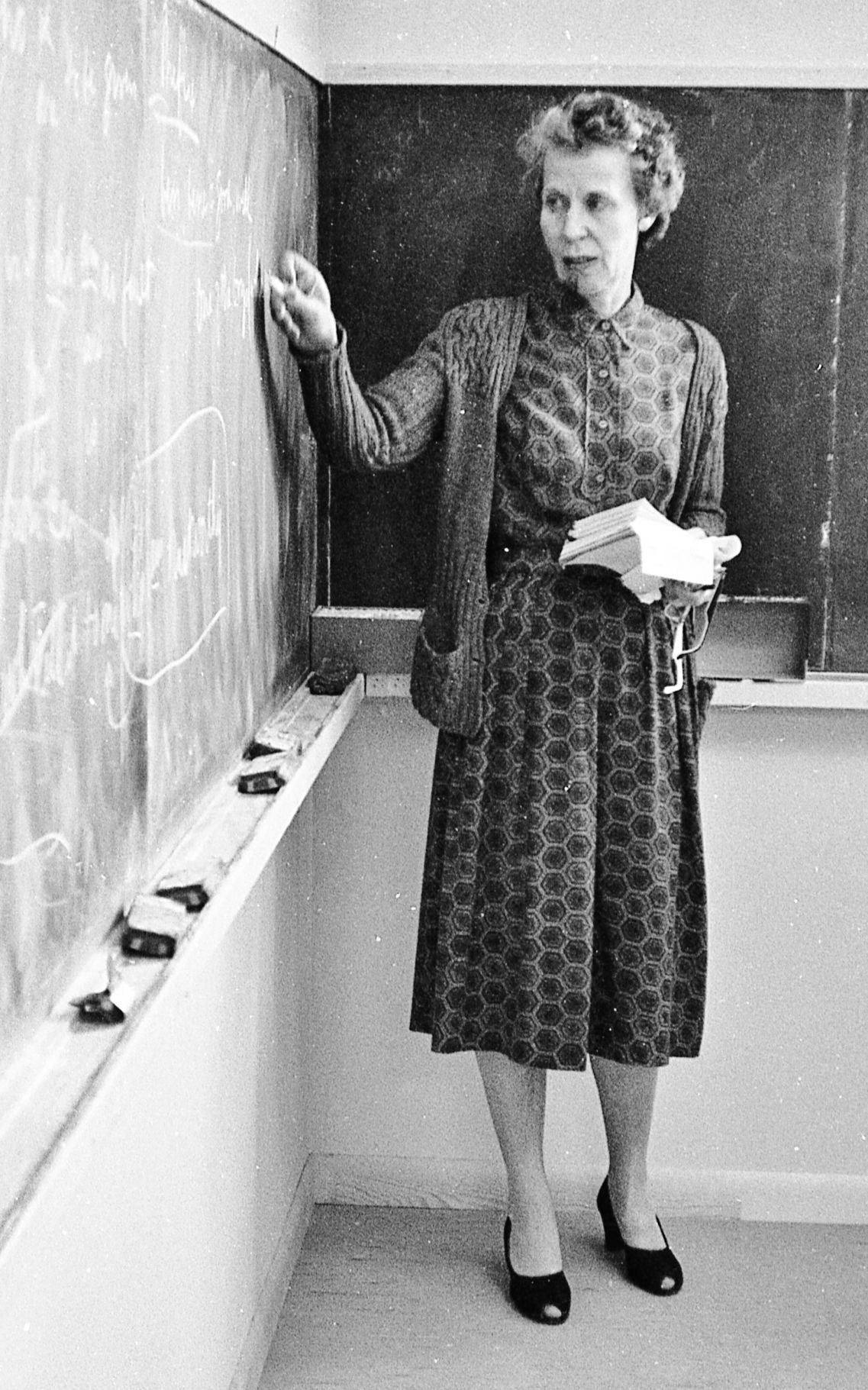 BANDON — “Now is a good time for people to come in a get reacquainted with our cannon,” said Gayle Nix, director of the Bandon Historical Society Museum.

The museum opened for the 2020 year in February after being closed in January. Museum personnel use the winter closure to take care of major projects, like moving a cannon.

Before the move, the cannon was tucked into a corner of the gift shop and was hard to see. “The story was, the cannon was in the gift shop because it was the only place in the museum where the floor was strong enough to support it,” said volunteer Jim Proehl. “We got to wondering if that was just a story ‘the guys’ at the museum told ‘the gals’ so they wouldn’t have to lug the thing around when the exhibits were rearranged.”

“We asked Greg Butler, of Butler Construction, to give us an opinion on whether the cannon would really fall through the floor. No one knows our building better than Greg,” said Nix. Butler Construction has done projects to reinforce the building’s foundation and replace the siding. “Greg assured us the floor would hold up.”

New flooring was installed in two rooms of the museum during January. The museum used a grant from the Braemar Charitable Trust obtained through Trust Management Services and contracted the floor work through Hennick’s Home Center.

“We were going to have to move the cannon anyway when they put new flooring into the gift shop,” said Nix. “This seemed like a good time to give it a new home. Greg brought a crew of four to move the cannon but he had to call for back-up to get it done.”

The cannon is now closer to the military section of the museum and is part of a display about the Millard Military Academy which once operated in Bandon.

The cannon is a 19th Century French La Hitte Cannon according to volunteer Jeff Longshaw. It was cast in bronze at French National Foundry in 1859 and is a unique transitional step in cannon design in that it was the last muzzle loading cannon, first rifled cannon, last cannon made by a casting process, and the first to use a modern shell rather than cannon ball.

The cannon was a feature of the military academy operated by Homer and Esther Millard, first on Langlois Mountain and then at Bradley Lake. The academy closed in 1981.

Esther Millard donated the cannon to the museum in 2007.

“It wouldn’t make a lot of sense for us to display a French cannon if it didn’t have a local connection but the Millard school ties it to Bandon. It’s nice to have it better displayed,” said Nix.

The Bandon Historical Society Museum is located at the corner of U.S. Highway 101 and Fillmore Ave. In the winter, the museum is open 10 a.m. to 4 p.m. Monday through Saturday. Museum admission is $3. Museum members and children are admitted free.