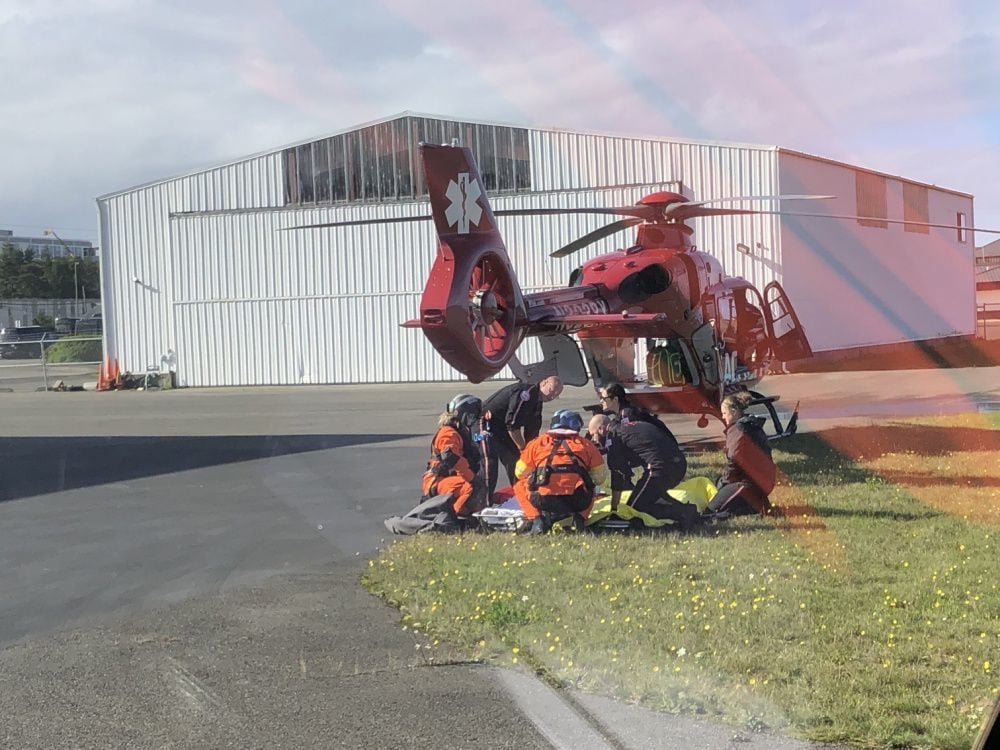 Members of U.S. Coast Guard Sector North Bend help a man after rescuing him off a cruise ship 33 miles off the coast of Coos Bay on Tuesday. 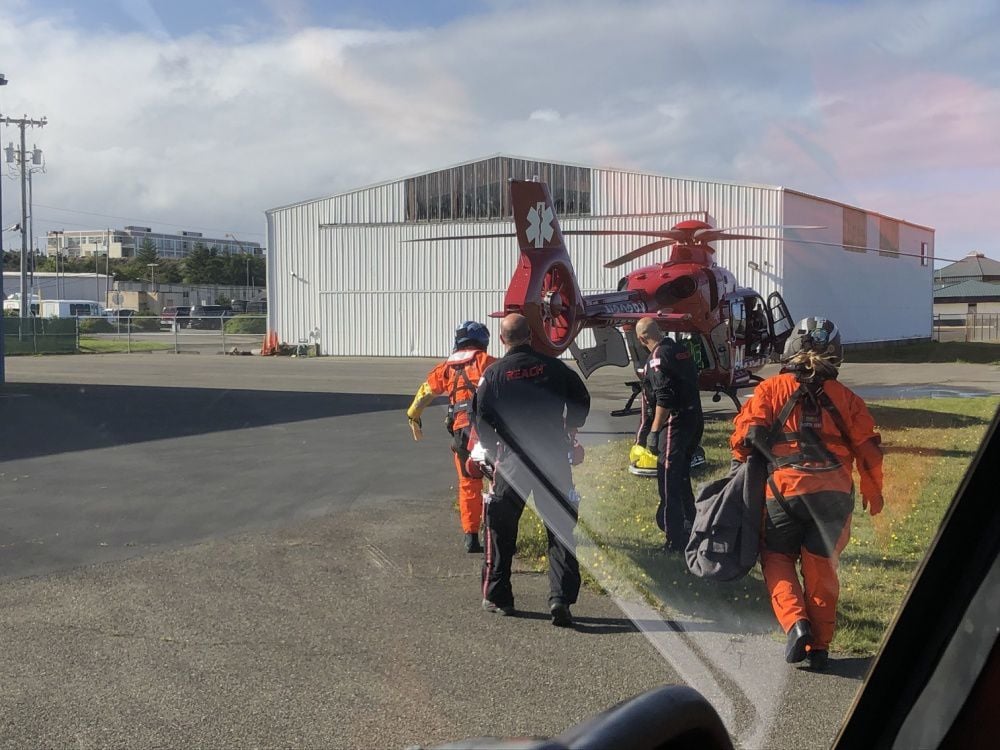 NORTH BEND — A Coast Guard aircrew medically evacuated an ill man Tuesday afternoon off the cruise ship Norwegian Joy, which was operating 33 miles off the coast of Coos Bay.

An MH-65 Dolphin helicopter aircrew from Coast Guard Sector North Bend hoisted a 61-year-old Filipino man reportedly suffering heart complications and transported him to the sector's air base, according to a press release from the U.S. Coast Guard.

The man was then transferred to a REACH Air Medical Services aircrew and flown to Sacred Heart Medical Center at Riverbend in Springfield for further care, the release said.

Watchstanders at the 13th Coast Guard District Command Center received the initial call for assistance at 12:40 p.m. from search and rescue coordinators at the Air Force Joint Rescue Coordination Center. The watchstanders directed the launch of the North Bend aircrew at 1:36 p.m. after conferring with the duty flight surgeon.

The Dolphin aircrew arrived on scene with the Norwegian Joy at 2:04 p.m. and conducted a hoist. The aircrew landed in North Bend at 3:15 p.m. and transferred the patient to Life Flight Network.

The condition of the patient is unknown at this time.

An outreach meeting will take place in Powers to brainstorm safety improvement ideas for students walking and biking to school.