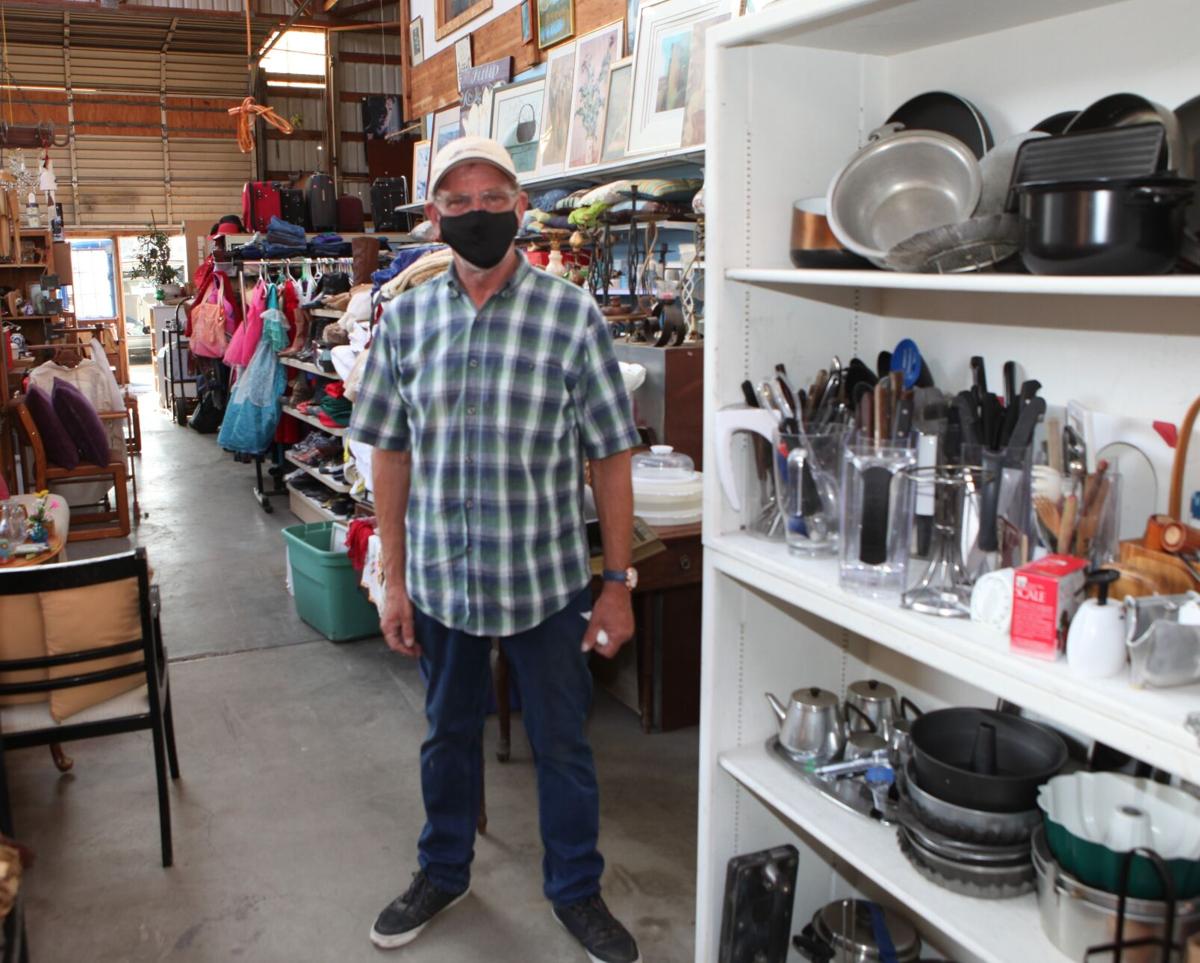 Michael Benjamin inside Benjamin's Trading Post. The thrift store offers "a little bit of everything," including a food cupboard for those in need. 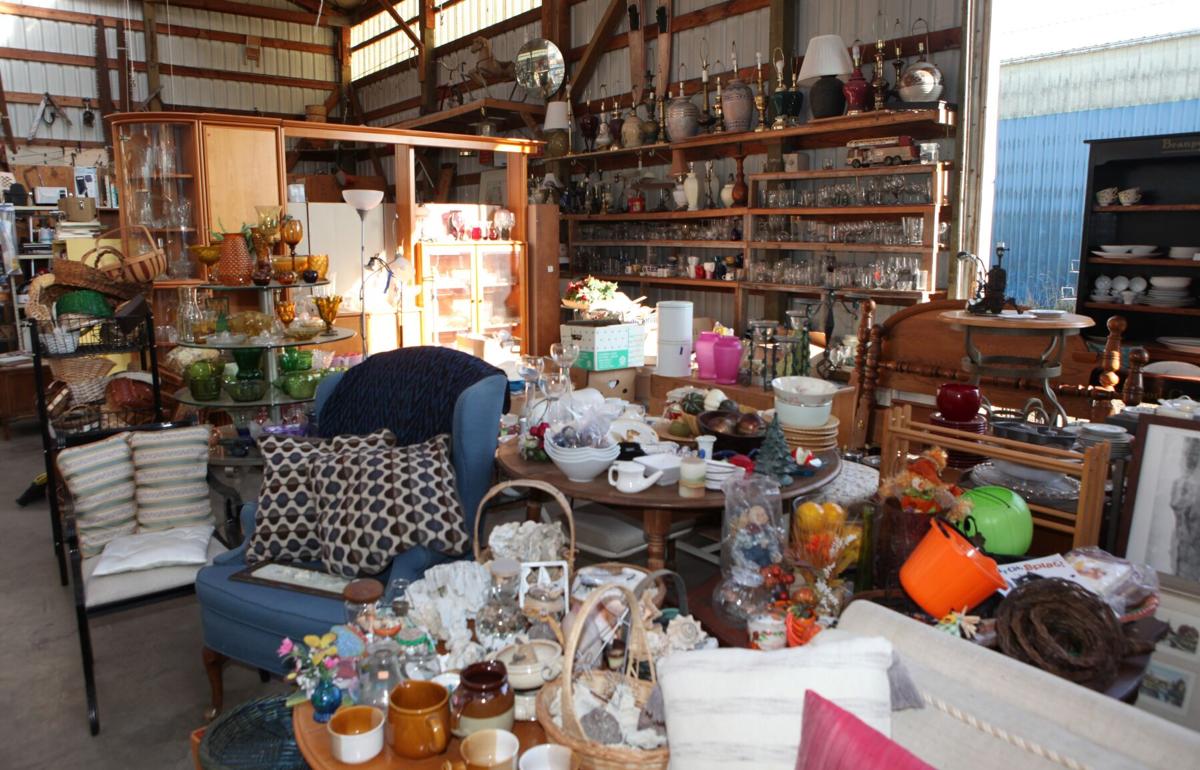 Benjamin's Trading Post offers everything from clothing and toys to furniture and hardware. It is located at 49877 Highway 101 south and is open five days a week and closed Tuesdays and Wednesdays. 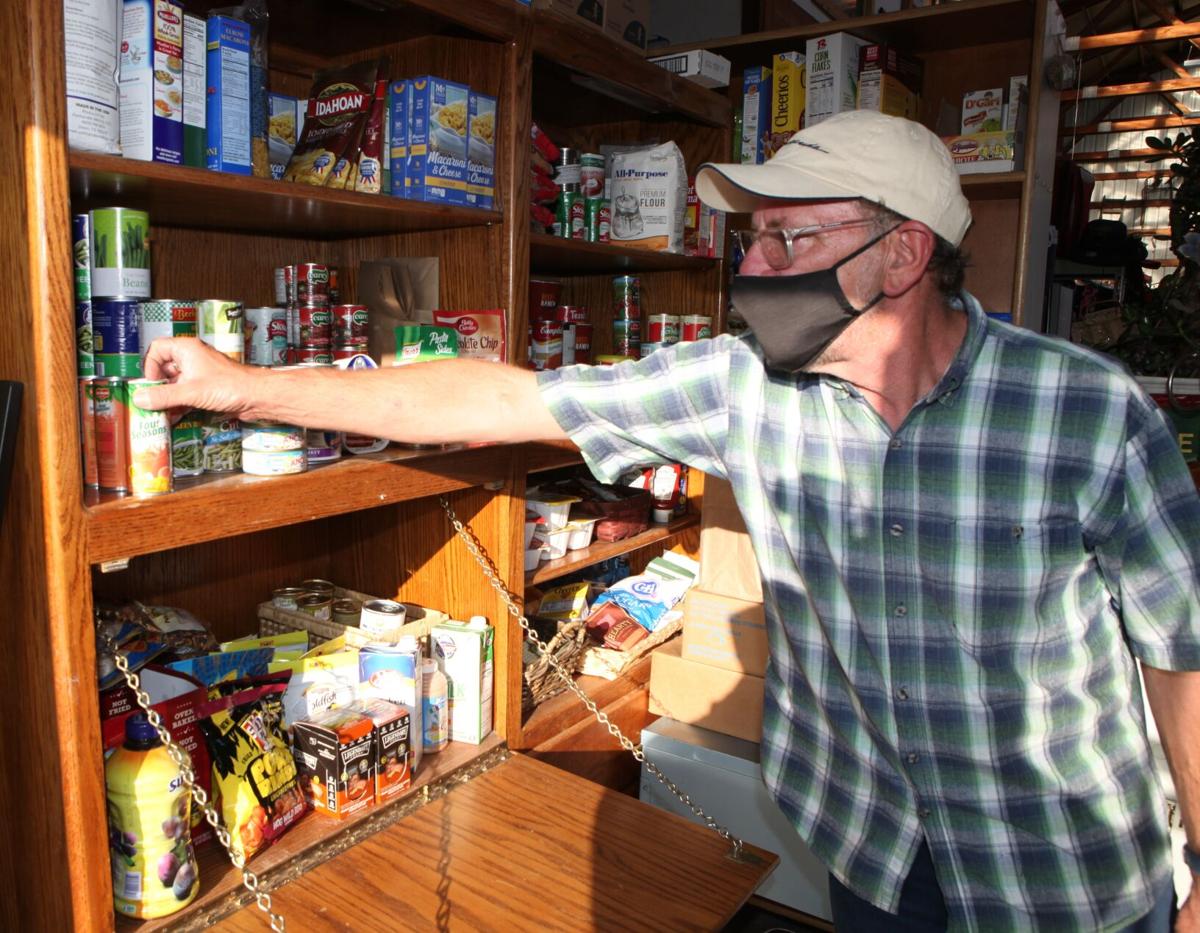 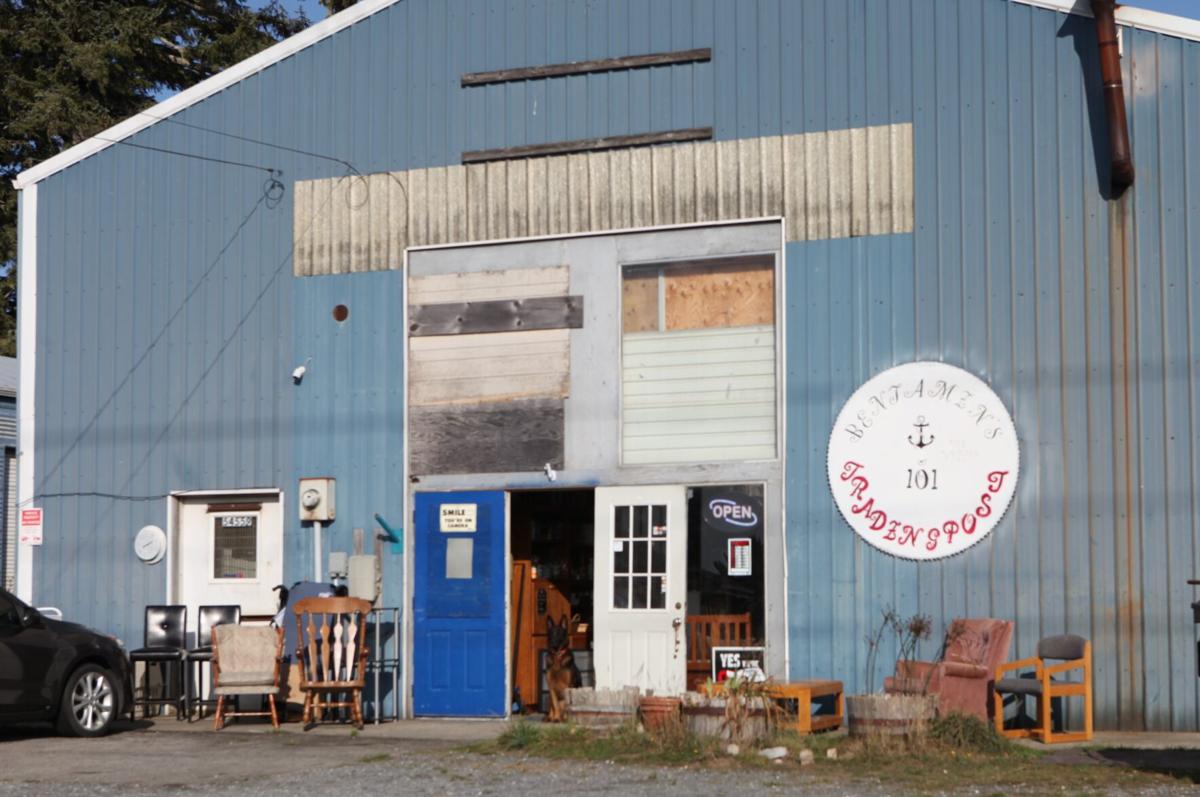 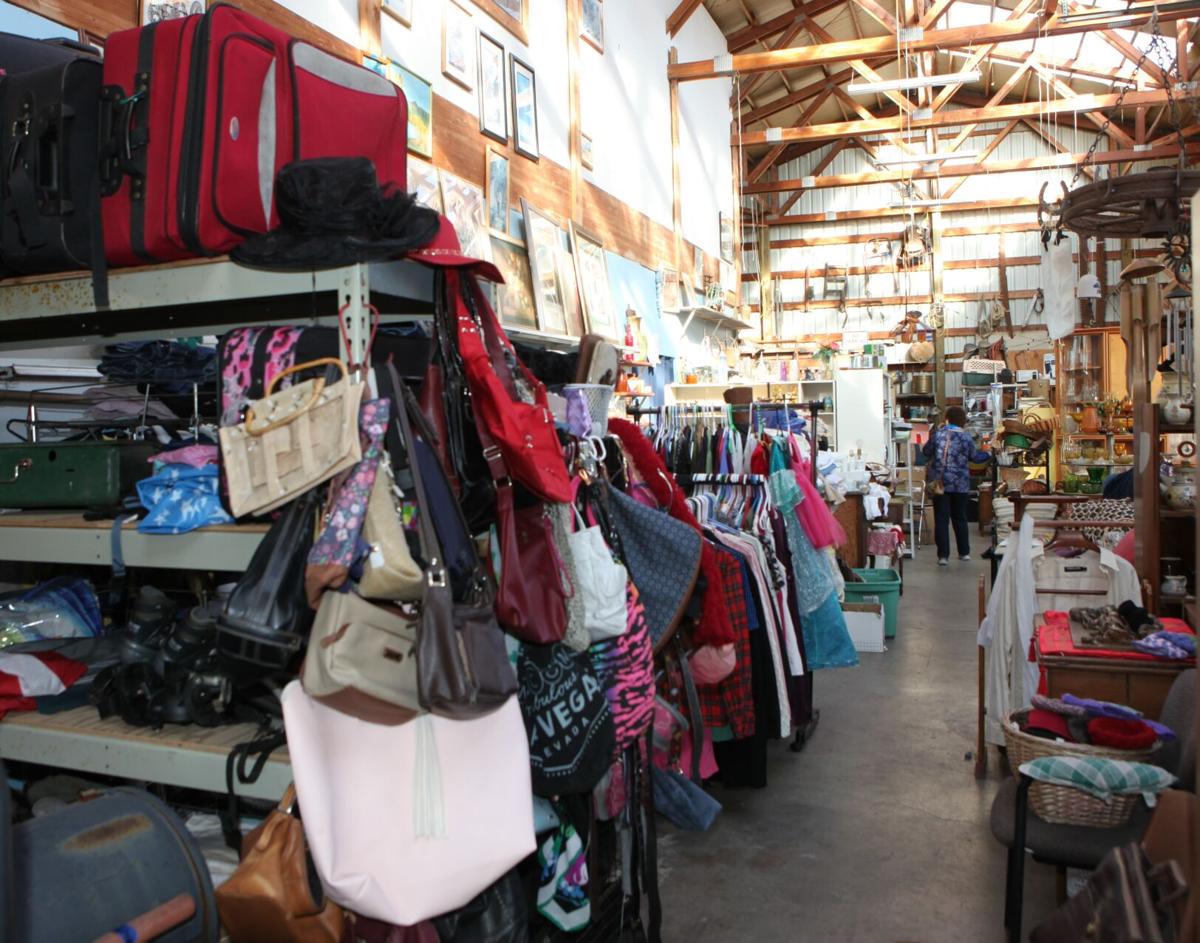 Benjamin's Trading Post offers a "little bit of everything." 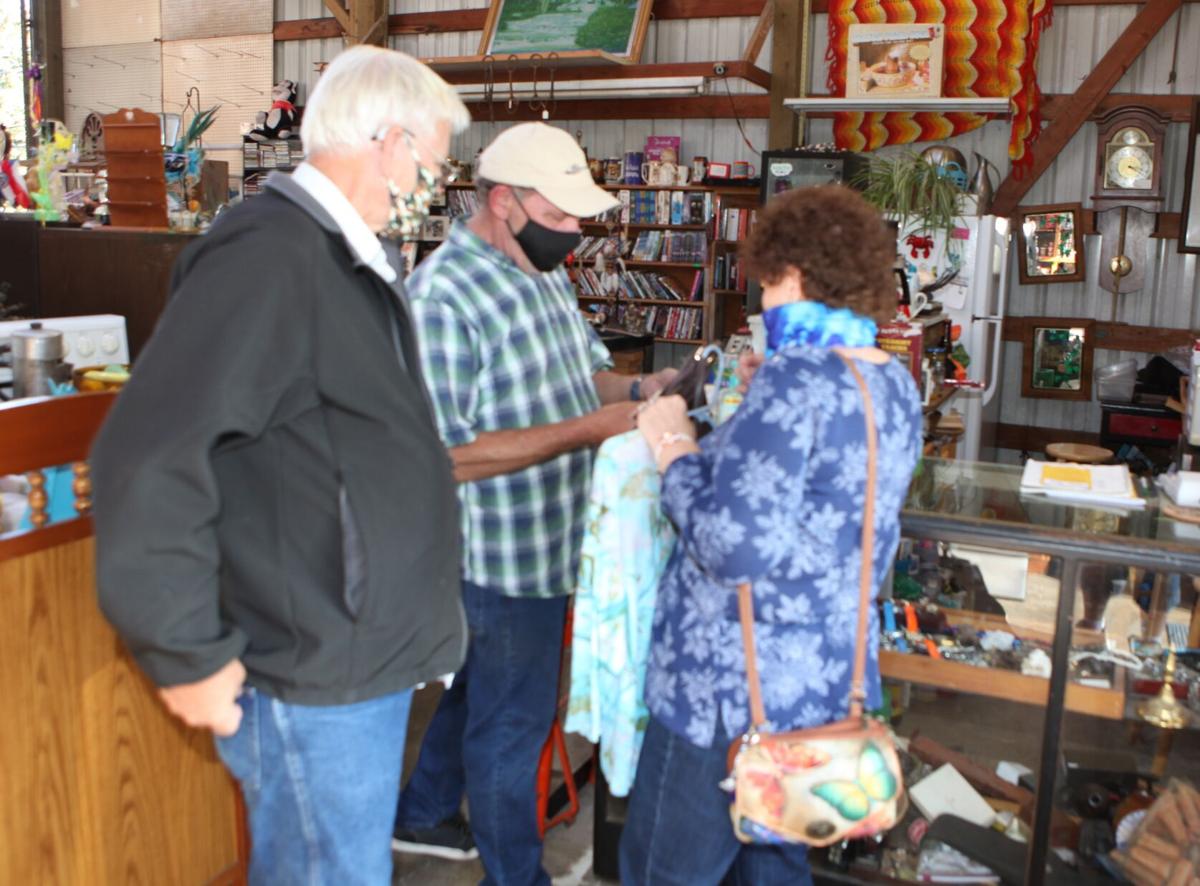 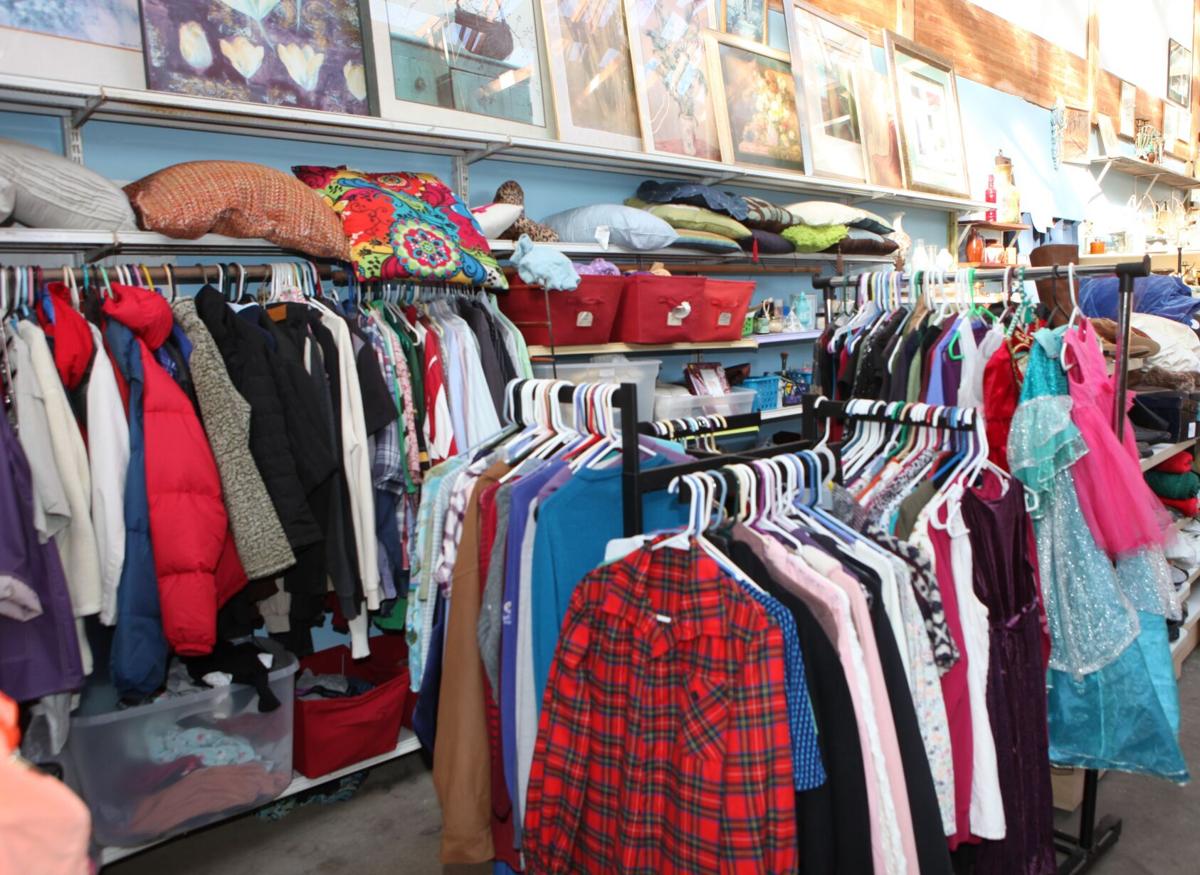 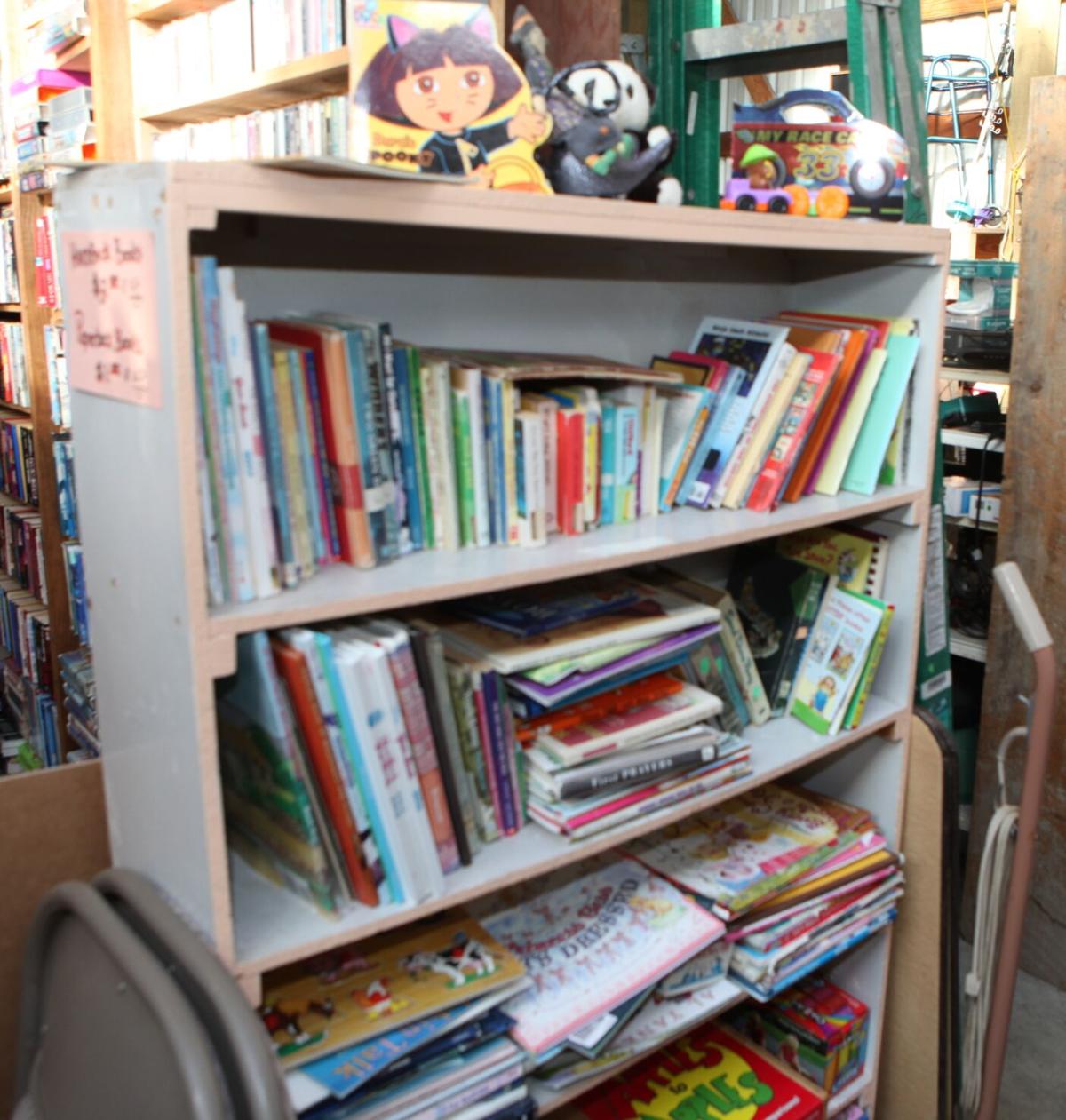 Benjamin's Trading Post offers "a little bit of everything," from books to hardware.

Michael Benjamin inside Benjamin's Trading Post. The thrift store offers "a little bit of everything," including a food cupboard for those in need.

Benjamin's Trading Post offers everything from clothing and toys to furniture and hardware. It is located at 49877 Highway 101 south and is open five days a week and closed Tuesdays and Wednesdays.

Benjamin's Trading Post offers a "little bit of everything."

Benjamin's Trading Post offers "a little bit of everything," from books to hardware.

BANDON — As the new owner of the Trading Post, Michael Benjamin sees his job as more than a thrift store owner. He's here to help the community.

Benjamin, whose sister Danielle owns Raven Saltwater Grille in Old Town (still awaiting to open due to the COVID-19 pandemic), purchased the business, now called Benjamin's Trading Post, on July 1. He and Danielle immediately began reorganizing the large inventory at the store. The metal pole barn that houses the thrift store is large, however, so there is plenty of room to rearrange and reduce as needed. New inventory is always coming in, so being organized is key to presenting the best of what's offered at the store.

Benjamin moved to the South Coast in 2011 to take a job in his field of clinical laboratory service in Coos Bay, but had been coming here prior to that to visit his mother and sister. His mother owned a shop in Old Town featuring an eclectic collection of antiques and collectibles. Danielle ran the shop after their mother passed away. Danielle has had several stores in town, offering an array of goods, including soaps and bath products that she makes herself, so owning a small retail business has become a family tradition.

Though now "semi-retired," Benjamin drives cab two or three days a week for Yellow Cab in Coos Bay. He knew the Trading Post was for sale.

"I was thinking about this place and decided to make it happen," Benjamin said. "The previous owner (Kim Logue) and I had talked about it several times over the past one and half years and the conversation became serious to ultimately buying it in the spring and getting the keys on July 1."

His cab driving job affords him the income to take on the new venture. But for Benjamin, it's more than just a venture. He sees it as a way to help people. He's been known to give away things to people who can't afford them. The business also has a food cupboard at its entrance, started by previous owners, that is open when the store is open and available to anyone, no questions asked.

As an example, a few months ago, Benjamin was driving cab and a man and his wife needed a ride. The man had a walker that was on its last legs and Benjamin asked why the man couldn't get a new one. The man told him he wasn't eligible and didn't have the money to purchase one. Benjamin knew he had a brand new walker at the Trading Post.

Benjamin has been able to do such random acts of kindness because of the store, he said.

"I could have sold it to him, but why not give it to him? It's fun and rewarding to explore, organize and present things at the store, but the most rewarding part is being able to share. That's a feel good."

The large building also has tall ceilings that were covered up by boards and inventory in the rafters. Benjamin, with a lot of help from his sister, has cleared all of that out and the store has an airy feeling despite the multitude of items offered.

"I like the variety of stuff," Benjamin said. "There's a little bit of everything. It's a work in progress."

Browsers can come home with that unique find. The "little bit of everything" includes collectibles, art, dishes, books, appliances, hardware, tools, medical supplies, home electronics, appliances, clothing, sporting goods, furniture and more. Prices are negotiable and aren't on the items for sale. Things are "cheaper than you'd think," he said.

"I have storage units full of stuff and there's a full back room here, so I'm not going to run out of stuff," Benjamin joked.

He takes donations, of both inventory and monetary. He's purchased some items sight unseen, such as from storage unit sales. He trades as well. The cash donations go 100% to help fund the food cupboard. Benjamin uses those donations and his own money to purchase food to keep the cupboard full.

"I go to the Grocery Outlet and Safeway and Fred Meyer. I'm a pretty savvy shopper," he said. "Not everybody has the means to cook, so having ready-to-eat food is important to me. I also always have pet food."

Coastal Harvest donates extra bread items to Benjamin's Trading Post for the food cupboard, and he keeps those items, as well as milk and other perishables in a freezer on site. He will help anyone in need.

"If somebody comes in and wants a sleeping bag, or socks or a coat, I'll give that to them," he said. "It's a business, so I have to make money so I can pay the bills, but I like to share as much as possible. I didn't start it, this has been in the community a long time, but I wanted to continue it."

He added that former owner Kim Logue also ran the business with that philosophy.

Benjamin has one employee who works a couple days a week. She's helped him with resettling and moving heavy things.

"And of course my sister has been awesome and supportive. She's very savvy about staging and retail, so she's just an immeasureable help."

Benjamin's Trading Post is located at 49877 Highway 101 south just past Seabird Drive on the east side of the highway. The store is open from 10 a.m.-6 p.m. weekdays, and 10 a.m.-4 p.m. Saturdays and Sundays and closed on Tuesdays and Wednesdays. The food cupboard is open when the store is open. For more information, call 541-329-2268.