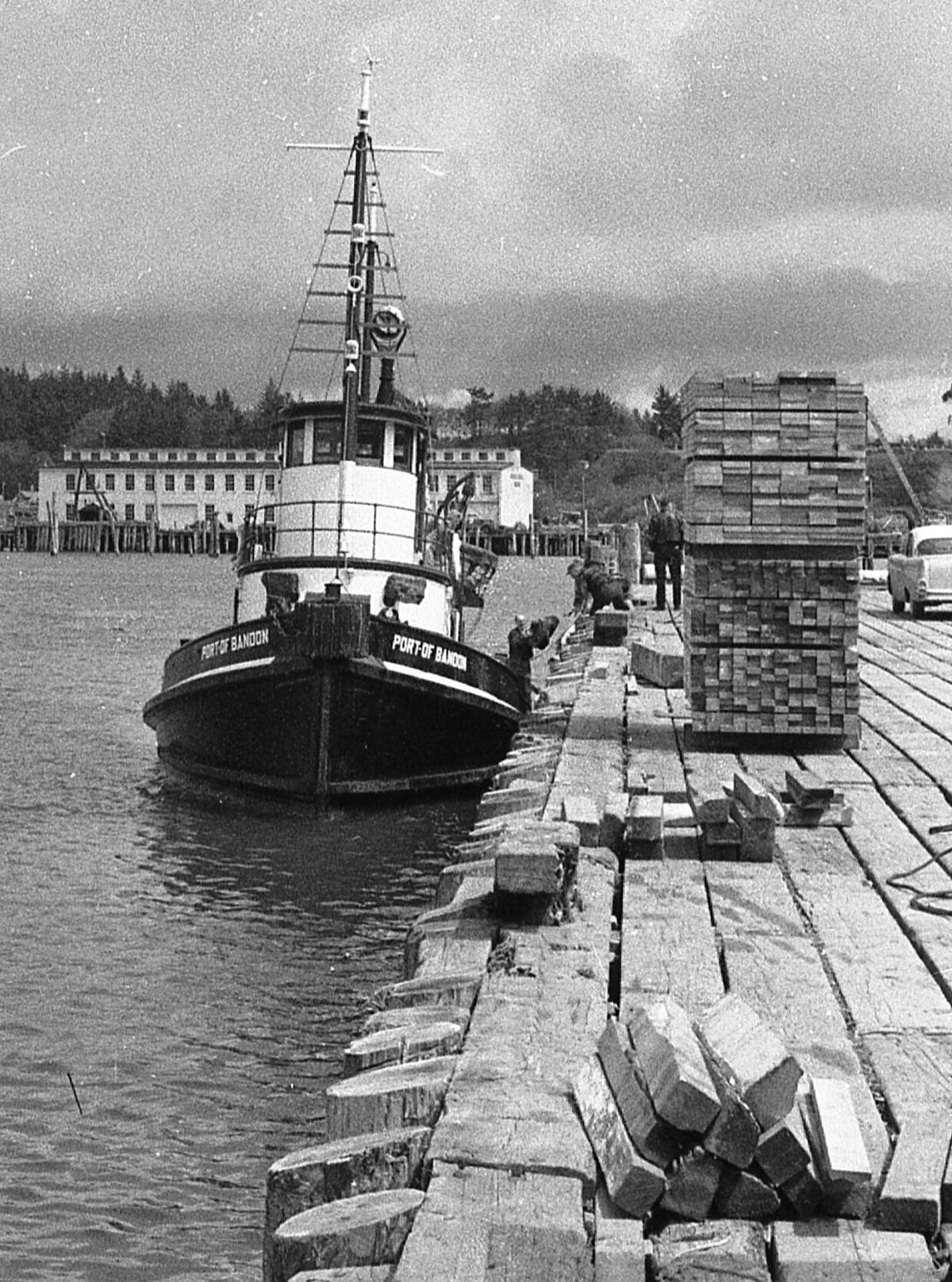 The Port of Bandon tug. 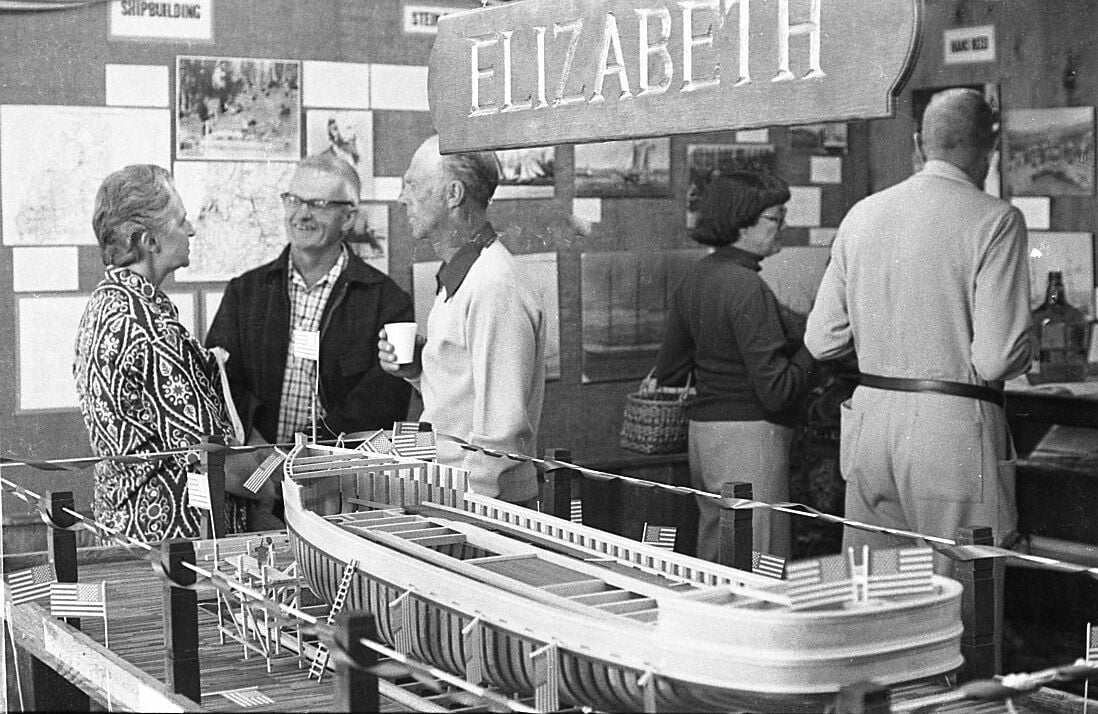 An exhibit of the S.S. Elizabeth in 1978 at the Bandon Historical Society Museum. 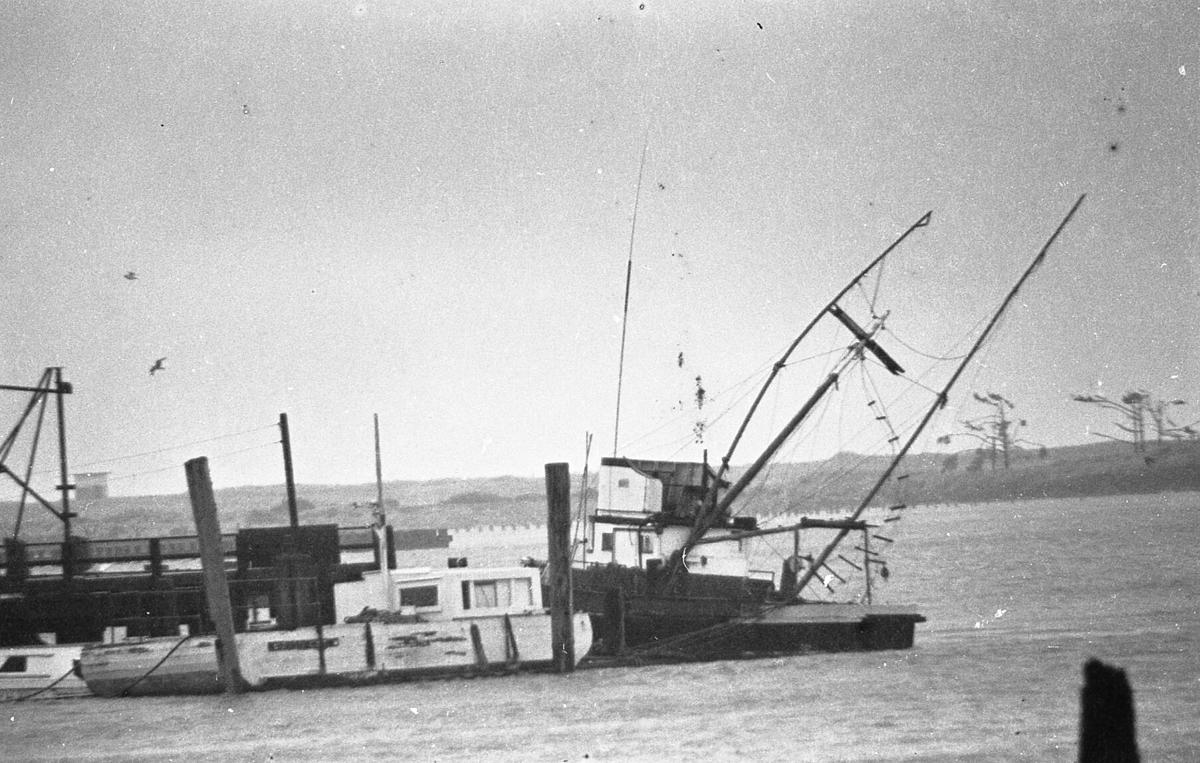 The Port of Bandon tug.

An exhibit of the S.S. Elizabeth in 1978 at the Bandon Historical Society Museum.

The first picture that I am sharing was taken of the Port of Bandon tug as she made its last voyage across the Bandon bar in May of 1960. And there's quite a story behind it.

I decided to look it up when I was reading a story in the Jan. 25, 1940, issue of Western World about local cobbler Mike Breuer celebrating his 80th birthday.

The story talked about how many family members and local Masons had attended the party and a bit about his day ... and his life in Bandon.

"The day's diversion included a trip on the new tug Port of Bandon. It was the first time the elder Breuer, a pioneer of Bandon who had lived alongside the U.S. Coast Guard station for many years, had an opportunity to inspect the new tug. The trip was made up river and was greatly enjoyed.

"Mr. Breuer is one of the older residents of Bandon. His four-score years weigh less heavily on him that on most humans for he is as alert and as active as most men of 20 years his junior. For years Mr. Breuer conducted a mercantile and shoe repair business during which he took an active interest in civic affairs."

Until I read the article that accompanied the picture I did not realize that the tug was making its farewell voyage.

The photo was taken at the Port dock as the craft was taking on its accessories before departure. It was sold to W.J. Locy of North Bend who had taken possession.

The picture caption read: "The Port of Bandon tug was built at Prosper in 1938. Shortly after the attack on Pearl Harbor the government commandeered the tug and under command of its captain, Martin Guchee, it went to the Aleutian Islands where it did signal service and received several citations. After the war it was re-purchased by the Port of Bandon and since then has been in service here. With the advent of barge transportation, there has been little use for the craft in the local harbor, so the Port Commission decided to sell it."

But that definitely wasn't the end of the story.

In his book Wooden Ships and Master Craftsmen, Ernie Osborne talked about the launching of the ship on Aug. 14, 1938. Mrs. J.E. Norton, wife of the president of the Port of Bandon Commission, assisted by Mrs. Archie Rosa, wife of the secretary, christened her.

Osborne explained that in 1960 the tug was actually purchased by the Upper Columbia River Towing Company, and was put under the command of Captain Wayne Locy of Portland (not North Bend like the caption read).

Within a few weeks, or maybe months, The Port of Bandon sprang a leak and sank in Kure Island Channel in the South Pacific "early in 1960."

The second photo was taken in July of 1978 during a special exhibit of the S.S. Elizabeth, at the Bandon Historical Society Museum. Ernie Osborne, center, who I mention earlier as an expert on ships of the area, talks with local residents, including, I think, Mrs. Adolph Molthu. The Elizabeth was built in the early 1900s to be used for the Bandon-to-San Francisco run.

Although I believe the third picture was taken during a big wind storm in 1965, I am using it to illustrate a ferocious storm which hit this area on Friday the 13th of November in 1981, which many locals recalled after the big windstorm that hit this year on Friday, the 13th.

Bandon made the national news after several hundred people were evacuated from the south end of town around 10 p.m. Saturday when two huge gasoline tanks blew over at Ron's Oil Company near the south city limits. Firemen later determined that one of the tanks was empty, while the other contained roughly 600 gallons of gas, part of which spilled out onto the ground. But rather than take a chance, they went door to door in the raging storm to urge people to leave their homes.

In those days I carried a fire department pager, and I had gathered inside the dining room of Gerry's Restaurant with a lot of people crowded around me listening to the firemen talk about the storm. I remember hearing Gordy Texley, one of the firemen, warning about the overturned tanks at Ron's Oil, which was only a couple of blocks south of where we were (now Asian Garden). People started screaming as they listened to the warning and all of us raced out the door and got into the nearest vehicle to get out of what we feared was harm's way. It was pure chaos, and had it not been for the pager that I carried, we would not have known about the tanks. At any rate, we soon learned it was safe to return to our own cars. But that was one very wild night. The wind was estimated at about 100 miles an hour on the Bandon beach in that 1981 storm.

I was sorry to learn of the death of Bandon native Judy Howard, a member of the BHS Class of 1959, who died Nov. 15 at the age of 79. She was born in Leep Memorial Hospital to Buster and Irene Howard.

Her survivors include two sons, Scott Vierck and Randall Manicke, and a daughter, Tracy Manicke-Hultin; brothers, Steve Howard and Mark Johnston, and a sister, Sharon Whitley, as well as a number of grandchildren and great-grandchildren. Also surviving is her ex-husband, Bruce Manicke.

Services were held at the Odd Fellows Cemetery on Friday, Nov. 20.

Judy was a life-long resident of Bandon except for the short time she lived in California when her first husband, Robert Vierck, was in the Navy.

Judy had 24 cousins on her father's side (many of whom were featured in my column recently with her grandmother, Mabel Howard) and 11 on her mother's side.

I also learned this week that Mike Stockford, former branch president of The Church of Jesus Christ of Latter-day Saints, Bandon branch, died recently at the age of 75 while undergoing surgery in Eugene. Survivors include his wife, Marita, and daughter, Jill Stockford, who owns Bandon Beach Dog Grooming.

I understand that Debi Ellis, Chief Nursing Officer of the Southern Coos Health District, plans to retire effective Dec. 31. Other changes include two vacancies on the health district board, according to Debi, caused by the resignations of Carol Acklin and Esther Williams.

If you are a resident of the health district and would be interested in serving on the board, you might call the hospital and let them know or maybe ask for an application.

Another old-timer, who was a long time resident of the north Curry area, Darrell Wigle died recently in Portland. He was married to the former Marilyn Neff and attended schools in Langlois and Port Orford.

This was the data from last week, but from a percentage standpoint, I doubt that it has changed that much.