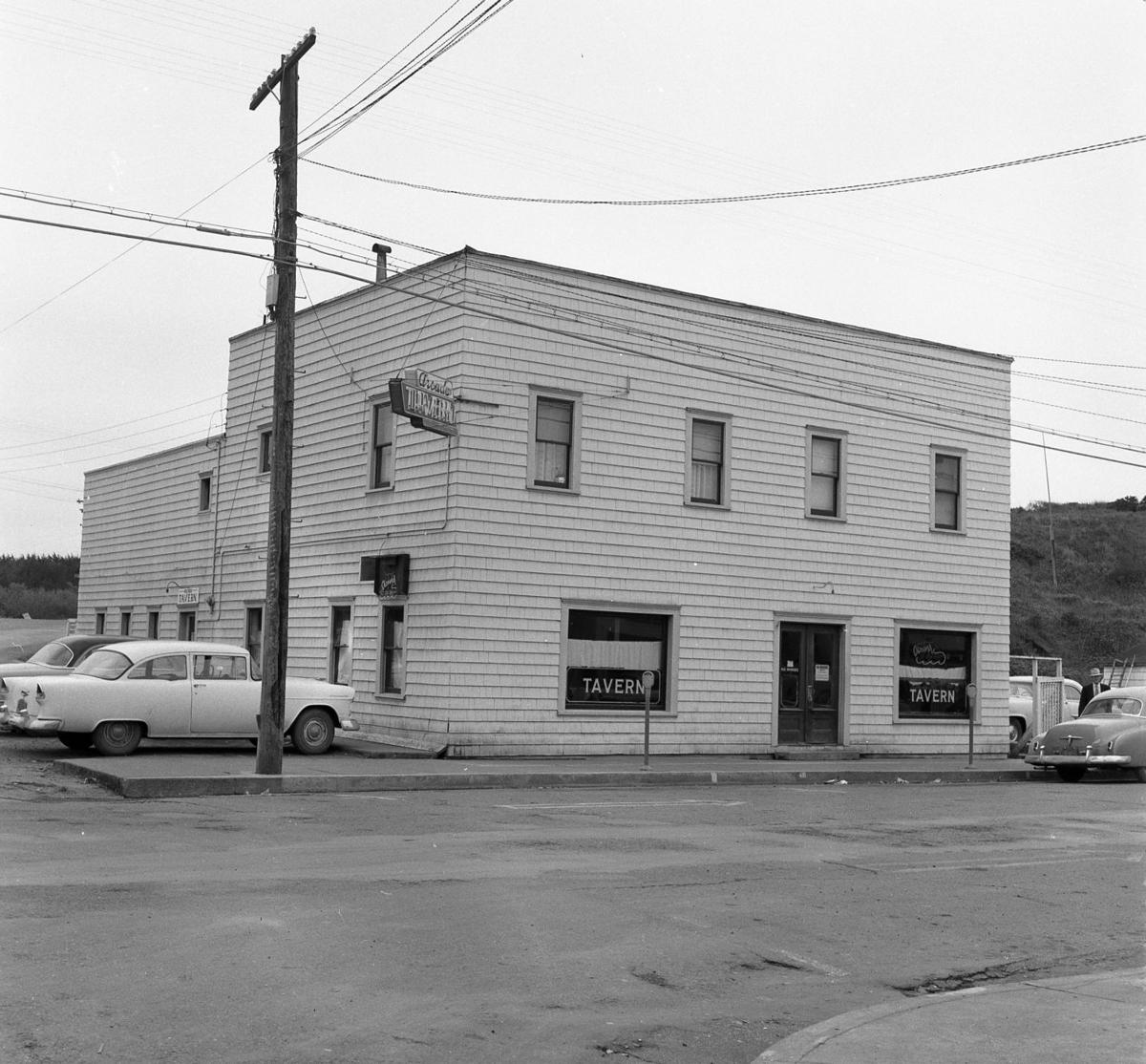 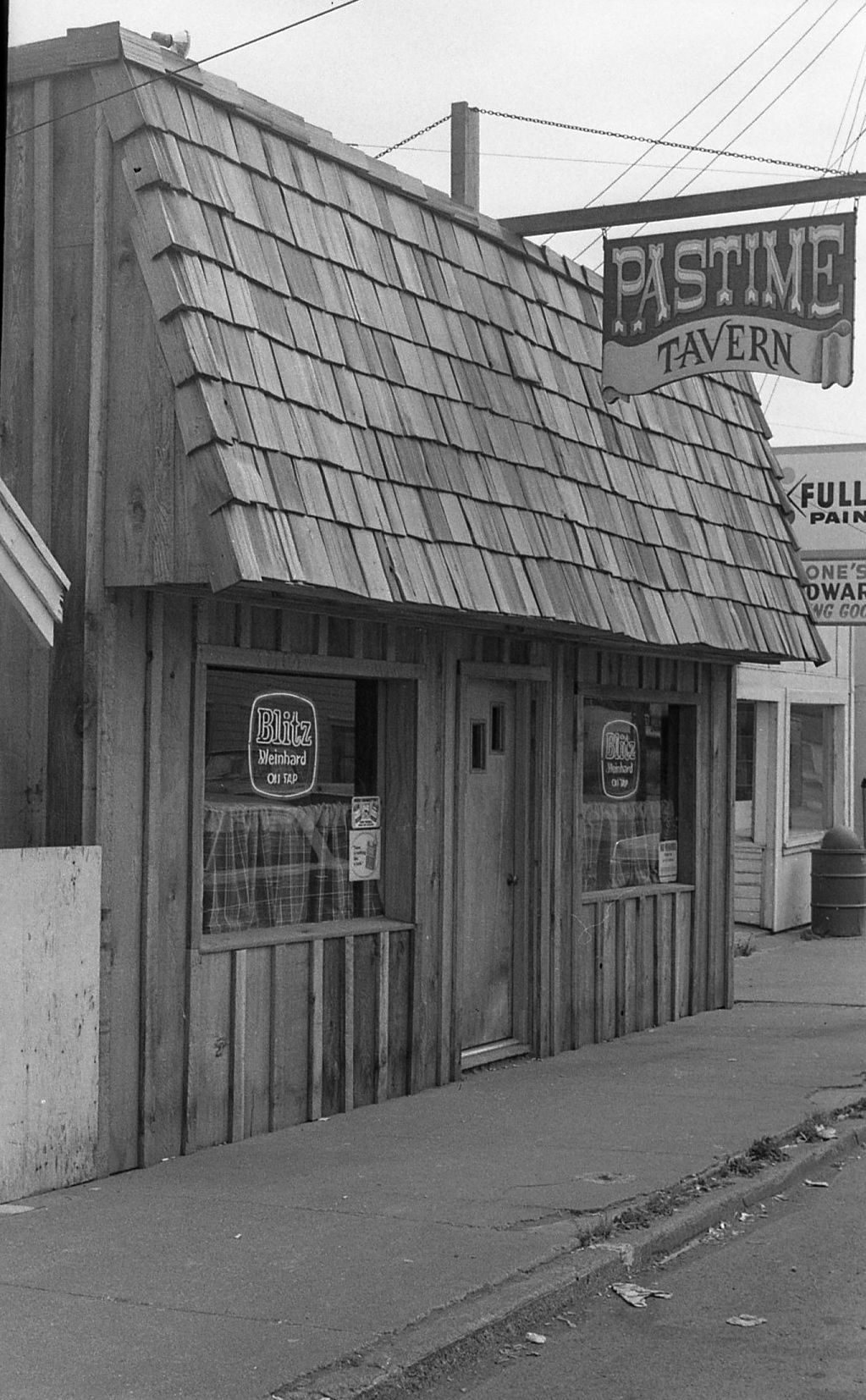 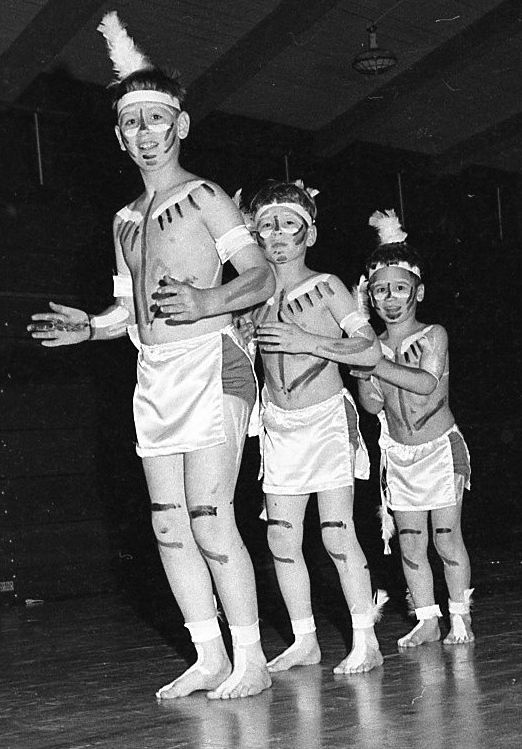 The first picture I am sharing this week was probably taken in the mid-1950s, of the Arcade Tavern, which is now a much upgraded building on the corner of Second Street and Chicago Avenue, owned by Bill and Louise Moore, and housing a real estate business and a clothing store, as well as a restaurant on the east side. Note the paper in the streets and the parking meters.

The second picture shows the old Pastime Tavern a decade later, probably sometime in the 1960s after it had a bit of a facelift. It is interesting that this is one of the first businesses to rebuild after the fire of 1936. An article in the Feb. 4, 1937, Western World (less than four months after the Fire) reads: "The Pastime Club, operated by Rudy Backlund, one of the popular places along First Street that was wiped out by the big fire, has been re-established and started serving Miller's High-Life beer last Thursday. Mr. Backlund, a native Bandonian, has a wide circle of friends who are welcoming him back into business. He is also carrying a stock of wines. He is located in a temporary building on the north side of Second Street."

The irony of that is the statement about it being a temporary building. Today, more than 80 years later, it is the thriving home of the Bandon Sweets & Treats business, owned by Meghan Butts and her family.

Interestingly enough, nine months later, there is a story about one lot being bought at a tax sale by Rudy Backlund, Lloyd Threadgold and Mr. and Mr. George Erdman, who had already built and opened their businesses (Erdman's City Meat Market, Lloyd's Cafe and The Pastime Tavern) on the property that they purchased jointly for $1,200, which was $80.25 more than the taxes owed on the property. Had they not purchased the property, someone else could have bought it and required them to remove the existing buildings within 60 days. This was definitely a "self preservation" purchase.

The third picture was taken during the Jaycee talent show in 1970 and features the Stadelman brothers, Danny, Timmy and Tommy, performing an Indian dance. Although they did not win a prize, the article explained that they were definitely a crowd favorite and drew a large round of applause.

I took part in a conference call with the Governor Sunday afternoon. There were 63 mayors, most of whom were from coastal communities or at least they were the ones who asked questions. All are concerned about the influx of tourists, especially on the North Coast. Only Warrenton, as far as I know, has said tourists must leave within 24 hours. Others like Seaside are urging tourists to stay away. The Astoria City Council voted to prohibit vacationers from staying in commercial lodging.

One of the biggest concerns in our area was the fact that Bullards Beach State Park campground was nearly full this weekend, but according to the Governor’s office and just confirmed by David Brock Smith, all state parks, including campgrounds and day use areas, closed on Monday, March 23.

I talked with Nick Schoeppner, Bullards park manager. He and his employees had just finished making the rounds Sunday afternoon to tell campers that they had to leave the campground by the next day. He said most people understood. As far as the closure of the day use part of the park, Schoeppner said they won't be chasing the locals out of the park as they go through to access the beach, but he wanted people to know that the facilities will be closed. "We may put a couple of porta potties out there," he said. The closure is in effect until May 8, at which time they will re-evaluate the situation.

But as of Sunday, there has been no statewide action on the closure of short term rentals, which is what the Coastal Caucus is recommending. State Representative David Brock Smith, a spokesman for the Coastal Caucus during the phone conference with the governor, said they feel that the problems associated with visitors socializing in large groups on the streets and on the beaches, stripping the grocery stores of needed essentials, etc., will pretty much end if short term rentals are closed except for people who rent for at least 28 days. That would allow for people who live in motels or campgrounds to remain. The Coastal Caucus recommendation would also exempt truckers and people who are referred for lodging in a domestic violence case.

I received a call from Dr. Douglas Crane, head of the medical staff at Southern Coos Hospital, who is most concerned about the number of people coming in to Bandon Dunes. He fears that if one of them brings the virus with them, it could be very detrimental to our health care system. Dr. Crane also talked with Don Crowe, Dunes general manager. I also sent Don and Mike Keiser an email expressing my concern and the concerns of Dr. Crane, and Don called me Sunday morning. He will be talking with Mike. If the state does not shut down short term rentals, as recommended by the Coastal Caucus, the Coos County Commissioners could take action that would impact Bandon Dunes, but that is not an action the city could take because the resort is outside the city limits.

Rep. Brock Smith said that golf courses are on the list of possible closures by the governor, but he feels that the golf courses should not be closed; rather just close the lodging which will keep the courses open for locals but eliminate those coming from long distances.

Outside of the information about Warrenton and other North Coast cities, the rest of the ideas are pretty much the recommendations of the Coastal Caucus, who hopes the Governor will enact them. She expressed concern about the number of people, especially visitors to the state, who are ignoring any kind of "stay home" warning. This, like the state parks closure, may lead to more stringent regulations.

We are urging people to heed the recommendations of public health officials not to travel for Spring Break, but to stay home until the COVID19 crisis is over.

People I have talked with are concerned about the number of vehicles from Washington state that have come to Bandon for Spring Break. Washington State leads the nation in the number of Coronavirus deaths with 95, as of Saturday; Oregon has recorded 5 deaths.

I received some good information from Bandon Cares this week which may help locals who have lost their jobs because of the Coronavirus.

Oregon Coast Community Action has a housing assistance program that addresses some issues concerning people not being able to pay their rent or their mortgage. Their number is 541-435-7080 (extension 370). They also have updated food resource lists for Coos and Curry counties on their web site ... www.orcca.us/covid-19-resources.

I subscribe to the paper edition of the New York Times (Monday through Saturday) and was pleasantly surprised to see a full page article, complete with five pictures, about Washed Ashore, titled "A Plastic Menagerie" in the March 13 Museum section.

There were two great pictures of Angela Haseltine Pozzi, the founder and creative mind of Washed Ashore, who has brought very positive recognition to Bandon and the entire South Coast.

Nice to see anything positive these days ....