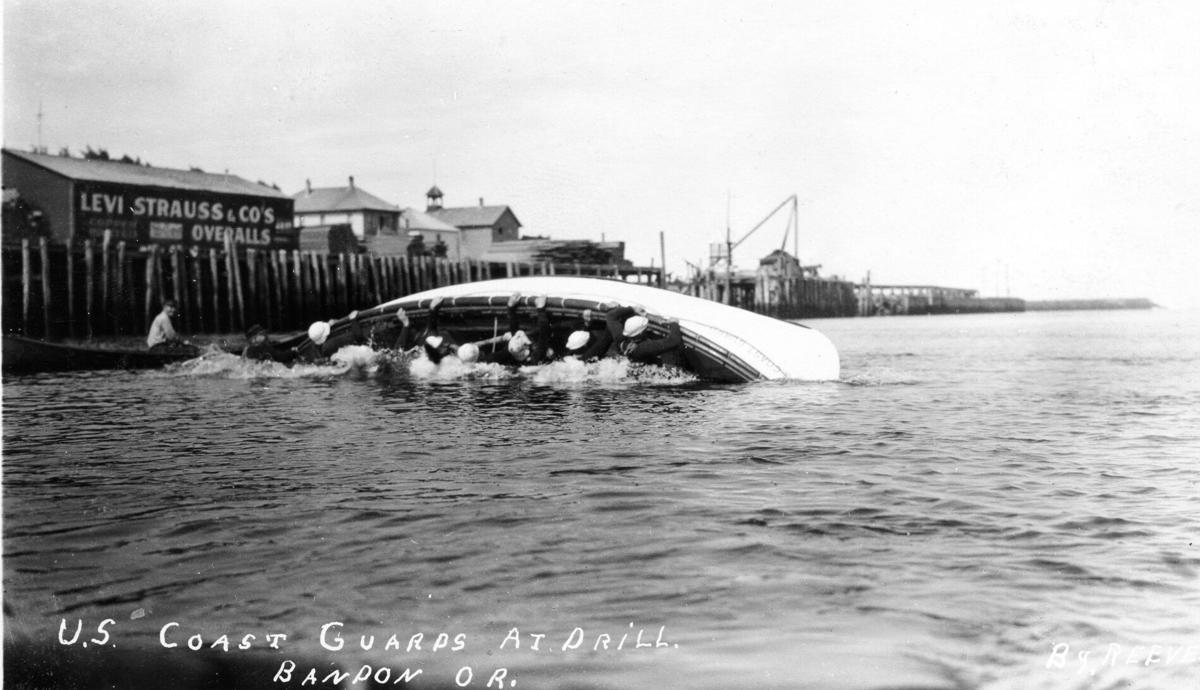 The U.S. Coast Guard crew members conduct a drill in the Coquille River in the 1910s or 1920s. 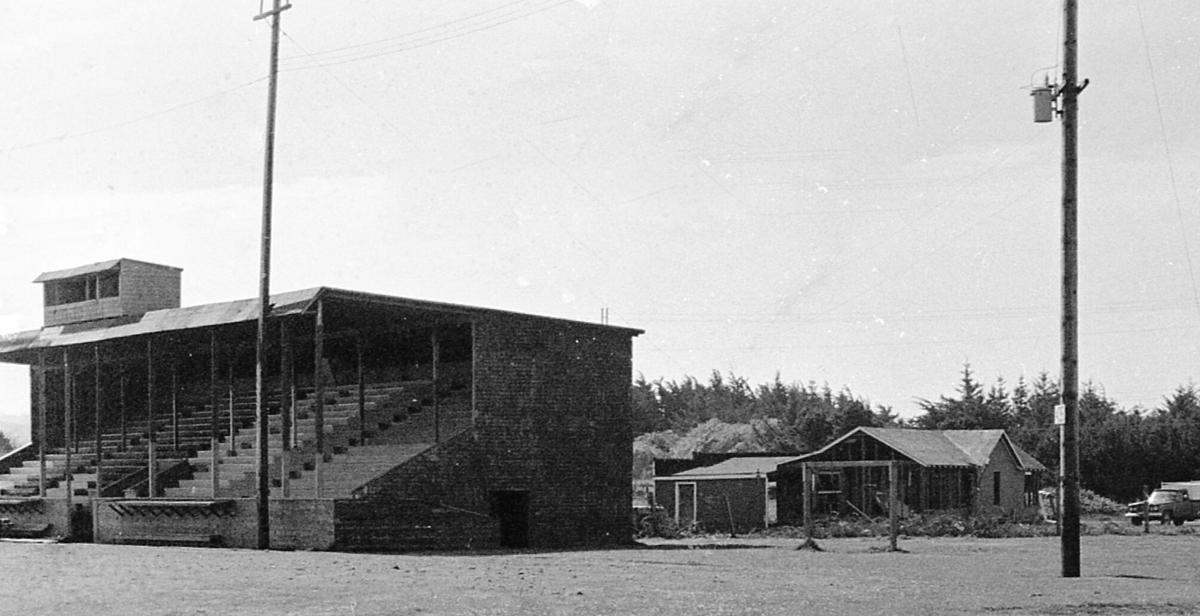 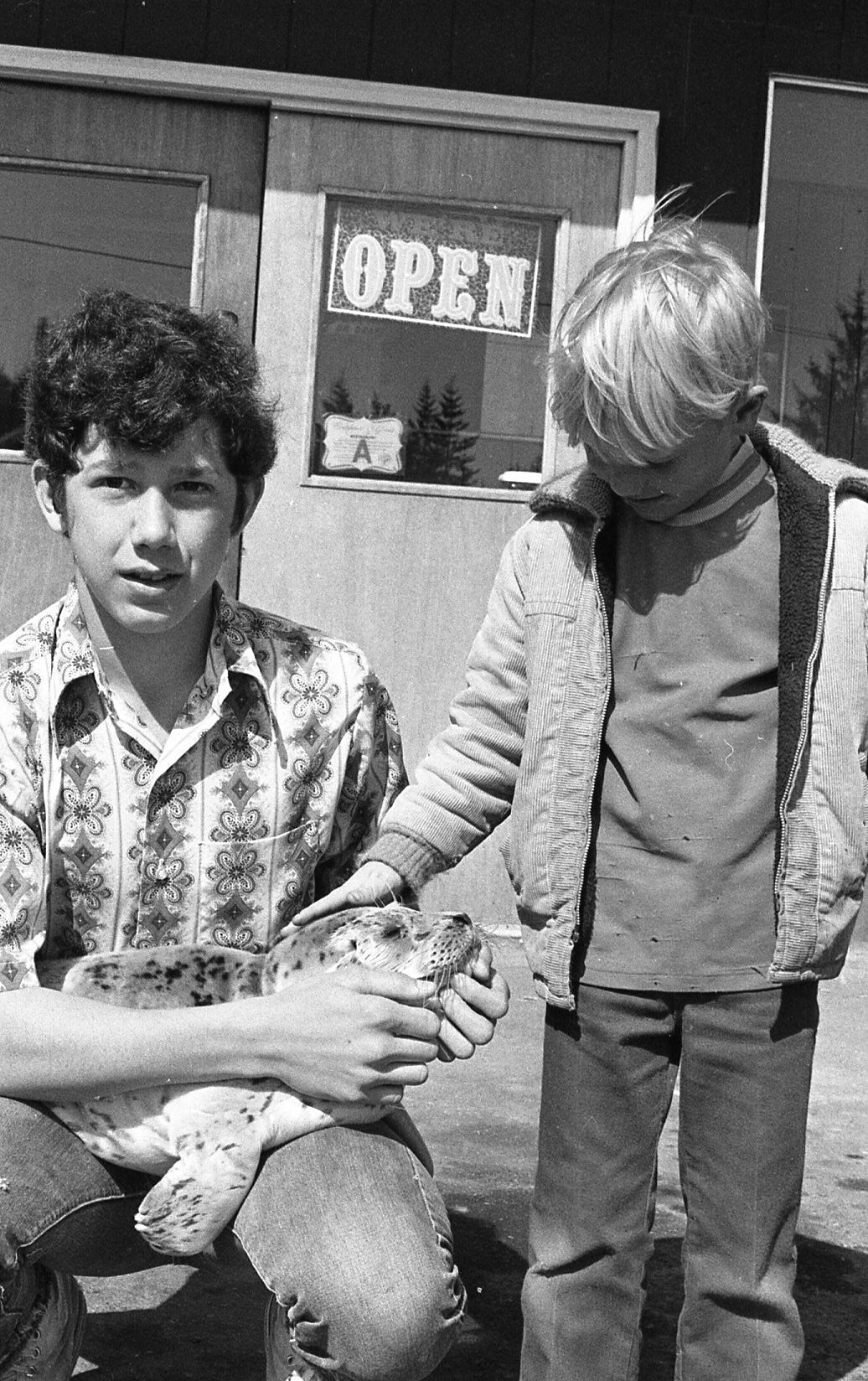 The U.S. Coast Guard crew members conduct a drill in the Coquille River in the 1910s or 1920s.

The story I am sharing this week is about how the crew of the Bandon Coast Guard (life-saving) station saved the lives of two Port Orford fishermen. The picture I am sharing was taken during a Coast Guard drill in the river probably sometime in the 1910s or '20s.

"After one of the most thrilling experiences in the history of the life-saving work on the coast, the Bandon Life Saving Crew under command of Captain Johnson sailed home Saturday noon."

That previous Thursday morning the call came in at 10:15 about two men who were off the coast at Rogue River hanging on to a wrecked fishing schooner. The Power Life Boat left Coquille River bar and started full speed southward in a desperate effort to save the ill-fated fishermen. They didn't know the exact location but were told it was within a few miles of the mouth of Rogue River.

They finally reached the mouth of the Rogue about 4 p.m., having traveled 55 miles in five and a half hours. They searched unsuccessfully for the two men, who were said to be lashed by slender ropes to the upturned end of the boat as it was tossed about by angry waves. They remained tied to the boat until they were finally rescued at 6 o'clock that evening by the Bandon crew.

"They had not eaten a meal since leaving Port Orford Wednesday morning. They had begun to despair of being saved when the Brooklyn was seen coming on her way toward Bandon, but this boat could not be signaled through the fog and was about two miles distant in passing," said the article.

No more than had the men spotted the life-saving boat than one of them collapsed, and it was said that he would not have lasted more than an hour. Most of their clothing had washed from their bodies and their faces were black and swollen.

Unable to reach land because of the rough seas, the Coast Guardsmen spent the night caring for the two men, before the life boat reached Port Orford at 10:30 Friday morning.

"The life-saving crew remained at Port Orford to rest after their long and perilous trip .... and came in home Saturday at noon.

"Exactly two years ago this month, Captain Johnson and his brave crew were summoned to this same place to rescue 14 people who had been marooned on a rock at sea, when the Wash Calore was lost.  From that time until this no serious calls have been made upon this station, though the crew have kept primed for service and always are in fit condition to respond at a moments notice to any call for help" ... as evidenced by the drill in this photo.

Among the crew members were Capt. Robert Johnson, Clarence Boice and Victor Breuer.

The second picture I am sharing was probably taken in the '60s of the Bandon High School football grandstand, which was truly one of the best in the league. You can also see several older buildings across Eleventh Street behind the grandstand, which have long since been torn down. The property is now home to the high school softball field, and metal risers sit on the spot where the grandstand stood.

The third picture features one of my favorite students (from my high school photography class days) Jim "Hutch" Hutchens, who is pictured with an unidentified younger boy as they admire a young seal (or a sea lion). Jim graduated from Bandon High in 1975. There was no date on the negative, so I am assuming that Jim was probably in junior high when this photo was taken, and I don't know the occasion. But it's still a neat picture.

If you get an opportunity, stop by Art by the Sea Gallery and Studio and look over the new community photography show, "The Eye & the Lens." There are some tremendous photos in the show, and I'm not just saying that because one of my two entries earned the third-place ribbon. I have not entered any of my work for some years, but on a whim I wanted to share the photo I call "A peaceful repose," which features a rock lying in the South Fork of the Coquille River above Powers. But it's the shadows and the detail that really make the photo.

Art by the Sea is located at Fillmore and 101 adjacent to The Station Restaurant. Take time also to view the fantastic work of the 20 artists who are members of Art by the Sea.

Information coming from the state's largest school district is not good. In spite of the fact that the governor has moved teachers ahead of seniors for the Covid-19 vaccine, The Oregonian reported last week that the teachers union is pushing back on reopening.

The article explains that the union representing district teachers "says it's opposed because reopening schools may put Black, Indigenous and other families of color at high health risk."

Previously, their concern was that it would put them at risk; and the governor agreed, allowing them to be vaccinated. But that apparently is not enough, and since the governor has allowed each school district to make its own decision about reopening schools, it may be a while before Portland kids are back in the classroom.

The articles that appear daily in The Oregonian contain the kind of information that you are not going to read in a line or two on social media. But most appear to be a pretty accurate, and often times sad, depiction as to what is happening in the state's largest city.

I read something the other day on a Facebook post that really resonated with me as we see more and more examples of what can only be called the cancel culture:

"History is not there for you to like or dislike. It is there for you to learn from it. And if it offends you, even better. Because then you are less likely to repeat it. It's not yours to erase. It belongs to all of us."

For once I was glad to be 80 years old because I qualified for the Covid-19 vaccine, and Friday was able to receive my first vaccine at the very well-organized event sponsored by Coast Community Health Center. They certainly deserve a huge thank you for assisting so many people that day, and in such a caring way. It obviously took a lot of work behind the scenes to pull it off seemingly without a hitch. I've heard some disaster stories about vaccine events across the state, but this was definitely a success story.

Mine came two days after I was required to get a Covid test at Bay Area Hospital as I prepare for cataract surgery on Tuesday.

If you have an opportunity to get vaccinated, please don't hesitate.

In a recent column, I mentioned the Dew Valley Auto Court, which was located in the Dew Valley area south of town, but I wasn't sure exactly where it was situated.

One of my 1957 BHS classmates Larry Sabin contacted me to say that he and his family lived there for a short time back in the '40s, while their home was being built at Beach Junction.

And it was on the south side of Dew Valley Road, where the Crossings Golf Course is now located.