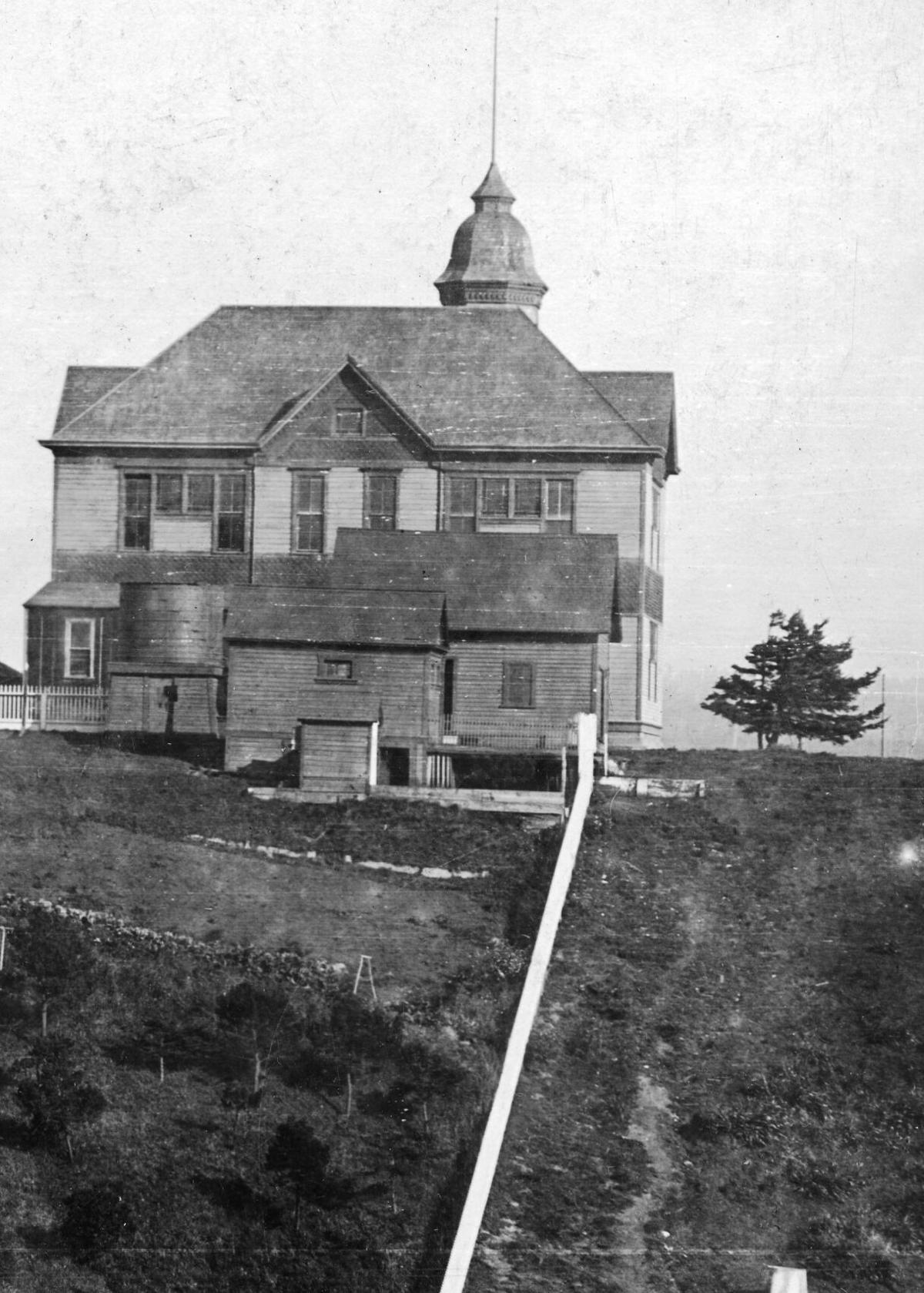 Bandon's second school house opened in 1895. The building was destroyed in the 1936 fire. 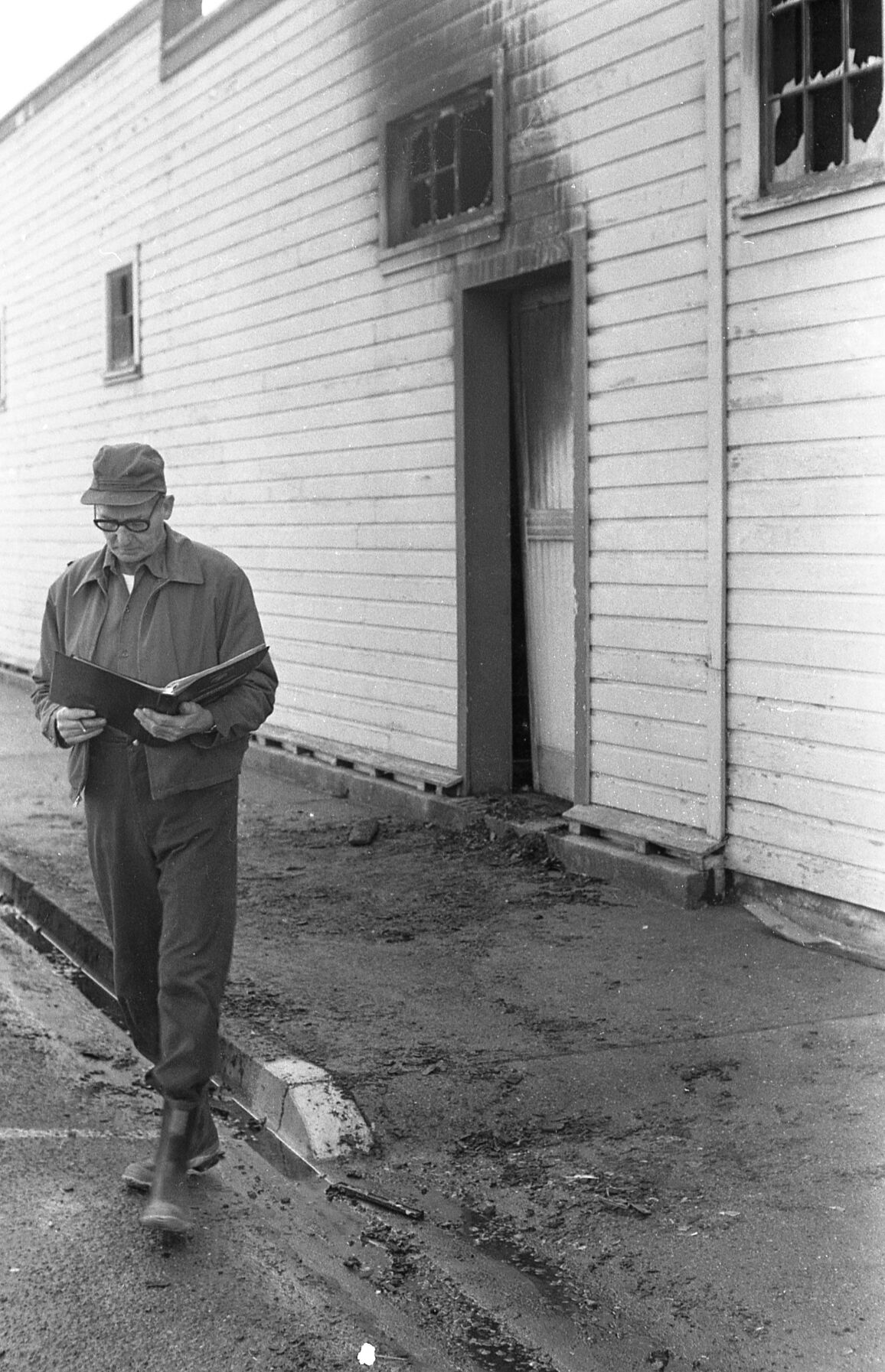 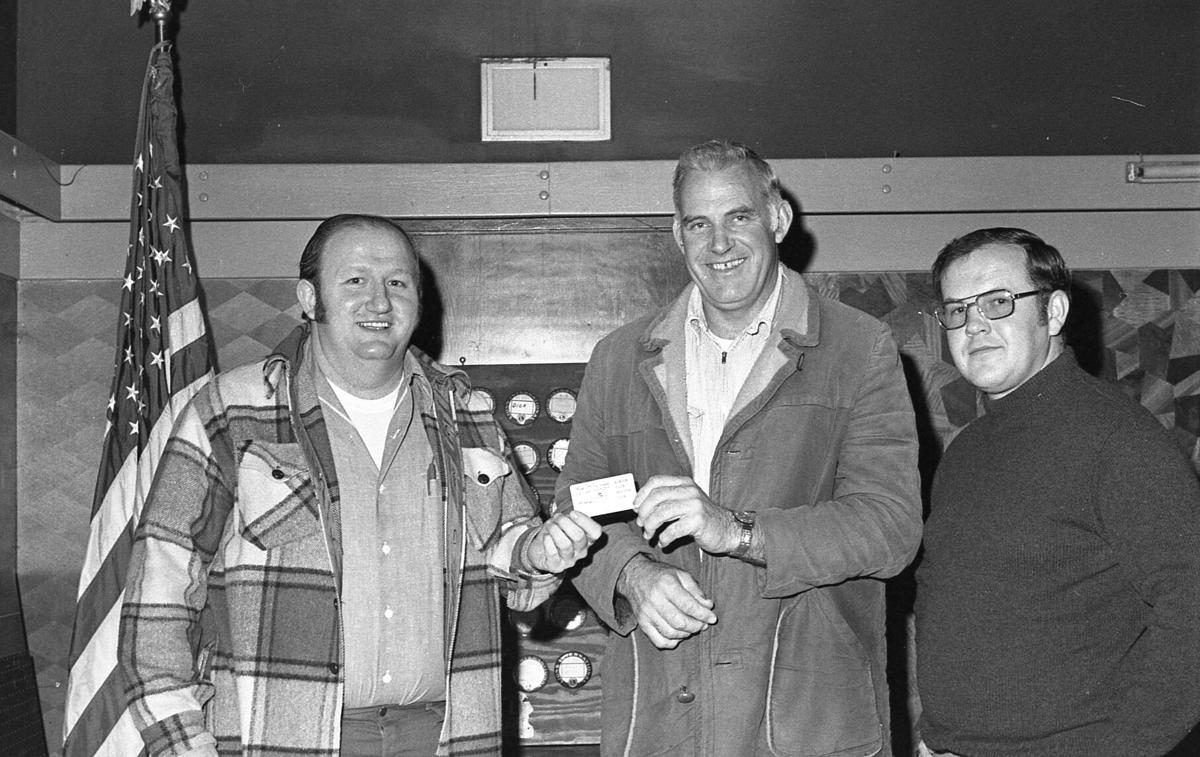 Bandon's second school house opened in 1895. The building was destroyed in the 1936 fire.

I love this old picture of the second of Bandon's school houses, built in 1894 and first occupied in 1895. The school census had reached 212, which was too many students for the one-story frame building near Edison Avenue and 4th Street, which was the site of Bandon's first school house. When that building was vacated it was sold to the Methodist Church.

This building was on a parcel of land that overlooked the Coquille River and Pacific Ocean, and adjoined the property of the U.S. Coast Guard, then called the U.S. Life Saving Station. This school house was a two-story frame building, which burned in the 1936 fire, although it was no longer used as a school, but had other community purposes.

I chose this picture to illustrate the story "What Bandon Has," which I found on the front page of the Dec. 26, 1911, Bandon Recorder. It was interesting to learn just what was here over 100 years ago.

"Unlimited opportunities in the immediate vicinity of Bandon for agricultural, dairying and livestock development.

"Thousands of acres of the best farming lands in Oregon, excellent for fruits, grains, vegetables of all kinds and nearly every product not of a tropical nature can be raised in abundance.

"Thousands of cords of pulp wood waiting to be utilized. No better section of Oregon for a pulp mill. Opportunities for furniture manufacturers are found in abundance of myrtle, ash, oak and maple.

"Oil fields under development by local capital (at Bear Creek) .... and a wide-awake semi-weekly newspaper."

The second picture I am sharing is of former fire chief Walt Ashton, who is at the scene of an arson fire, which completely gutted the interior of McNair Hardware on Jan. 25, 1975, a year after another arson fire destroyed the Bandon High School complex.

The McNair Hardware fire occurred during a burglary as a blow torch was used to cut open the safe, which apparently resulted in the fire. Officials weren't sure if the burglar had deliberately set the fire or if it were an accident, but it had been burning for over an hour in the back of the building before it was detected. By that time, it was too late to make entry and the biggest loss, according to the owner Melvin Boak, were the accounts receivable records.

A few days after the fire, a Laurel Grove man was spotted coming out of the burned building with a handful of guns he had stolen after making unlawful entry. The men who saw him could not find an officer to report what they saw, so they drove to the fire hall where fire practice was going on and told the firemen what they had witnessed. Two of the firemen, Barry Winters and Chuck Shultz, sped downtown just in time to see the man's pickup pull away from the hardware store. They squeezed him off the road just past the creamery and by that time several other firemen had arrived on the scene, including Lanny Boston, Fred Richert, Steve Fox, Bruce Brown, Brad Jarvis and Randy Texley. Officer Marc Johnson then arrived on the scene and took him into custody.

Although Walt was apparently still with the fire department, Lanny Boston assumed the duties of chief in 1974, a position he still ably holds today.

The third picture was taken at a meeting of the Bandon Booster Club as president Ron Knox, left, presents Police Chief D. S. "Big Mac" MacDonald with a lifetime membership, for having filmed many of the sporting events during the years. Also pictured is Booster club member Bob Vaughn.

Mac joined the Ingram brothers, Floyd and Kenneth, as lifetime members of the club.

I was sorry to learn that long-time Bandonian Jack McMahon had died Tuesday night at the age of 83. Jack came to Bandon with his parents, Isabel and George McMahon, in June of 1951 from Red Cloud, Neb. After graduating from Bandon High School in 1955, he married Barbara Norton in 1958. They had two children, Mark and Jerry McMahon, both of Bandon, and four grandchildren. Barbara died several years ago.

A cranberry grower, Jack was a long-time volunteer fireman, and also served on various school board committees.

Surviving are three of his five brothers and sisters, including Jean (Mrs. Clayton) Duval of Bandon, Edward McMahon of Palm Springs and Doris Erickson of Red Cloud, and his close companion, Bonnie Barnes. Both Jack and Bonnie had lost their spouses, and I was so glad to see that they could enjoy each other's company and especially loved to travel.

He was also preceded in death by his brothers, Wally McMahon of Bandon and Donald.

Several people have posted on the Next Door site about people breaking into vehicles in various neighborhoods of Bandon. One woman, who lives south of City Park, said the car doors were opened and the glove box contents were left on the passenger seat, but it did not appear that anything was taken. "Probably just looking for cash or a thrill to be doing something illegal," she posted.

Another said cash had been stolen, but valuables had been left behind. At any rate, people are urged to lock their vehicle doors, and, if possible, park in a lighted area if you aren't able to park inside. It might also be wise to take your garage door remote inside with you.

I'll have to admit I've been a bit apprehensive about having cataract surgery as I have not been hospitalized in many years, and only once for surgery, probably about 40 years ago.

But I will say that the treatment I received at Bay Area Hospital and from my ophthalmologist, Dr. Debra Graham, at Bay Eye Clinic, could not have been better, and now I am looking forward to March when I will have the second eye done.

To say that my vision improved overnight is an understatement. A few weeks earlier, I could barely read the top line on the eye chart, and four hours after my surgery I was reading at the five or six level. It was remarkable.

I will admit that having to put drops in my eyes four times a day, including one for a month, is a bit of a hassle, but I keep reminding myself that it's a small price to pay for good vision. And the eye patch at night is interesting!

But back to the care. The nurses in the short term stay area at Bay Area Hospital were fabulous. I think I had five or six people care for me during the nearly four hours I was there, and each one was friendly, helpful and caring. They even gave me a card signed by most of them when I left, and the next day one of the RNs, Rob, called to see how I was doing.

And I especially want to thank my friend and fellow councilor Madeline Seymour for driving me there .... at 7 in the morning, and my sister, Molly, for taking me back later in the afternoon for my post-op appointment.

I also appreciate those of you who emailed me about your experiences with cataract surgery, all of which were positive and encouraging.

If there's a downside, it's seeing wrinkles that I didn't know were there.

And through it all, our restaurants and bars remain closed. It becomes harder to understand every day as most of the rest of the country begins to slowly open as COVID cases decline and vaccinations increase.

It just does not seem fair that people can go to Langlois or Port Orford for a sit-down dinner, but not anywhere in Coos County. I have heard of small cafes opening in some areas of the county, but my guess is they do not have a liquor license as that is the risk that restaurants and bars take.

As the weather improves, more and more establishments are offering, or working toward, outside seating.

I continue to say that our restaurants and bars should be allowed to open, and for those of you who do not want to take the risk, I understand. You have the option of staying home, but for others of us, who want to dine in, please allow that to happen.

And if they do open and you don't feel safe, continue to support them by ordering take-out. I know they appreciate the support.