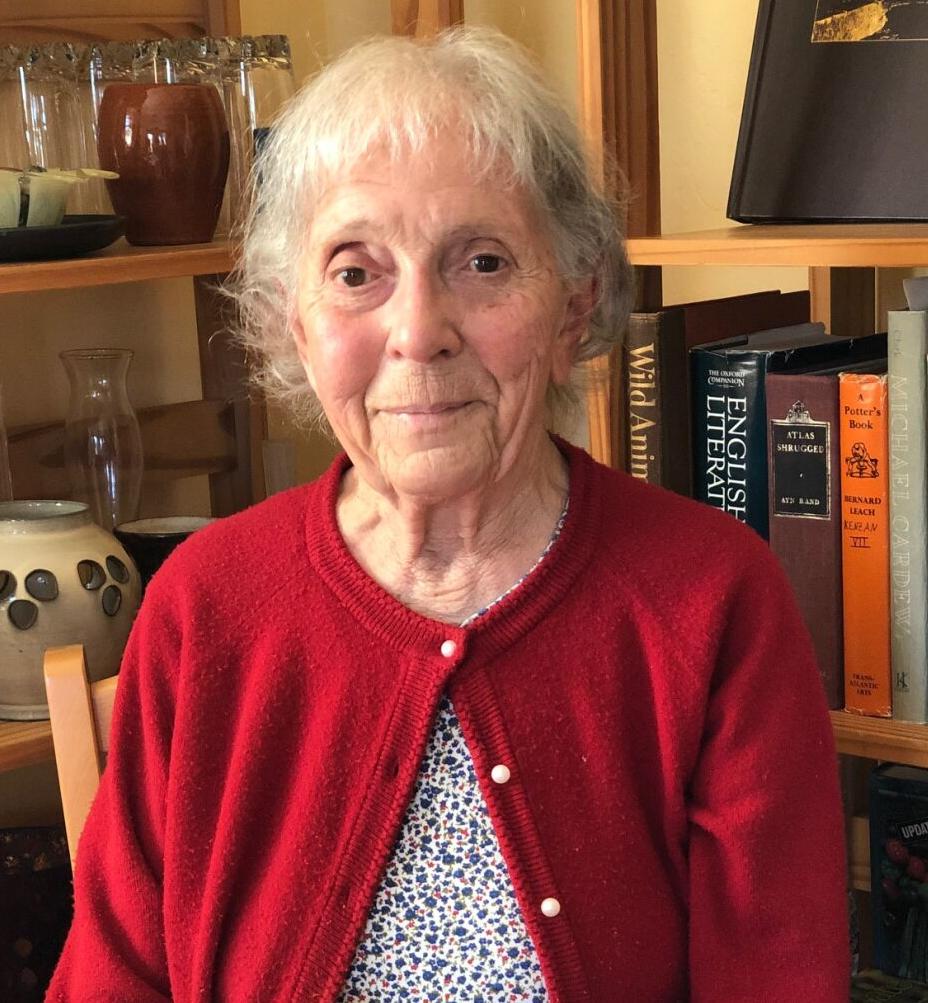 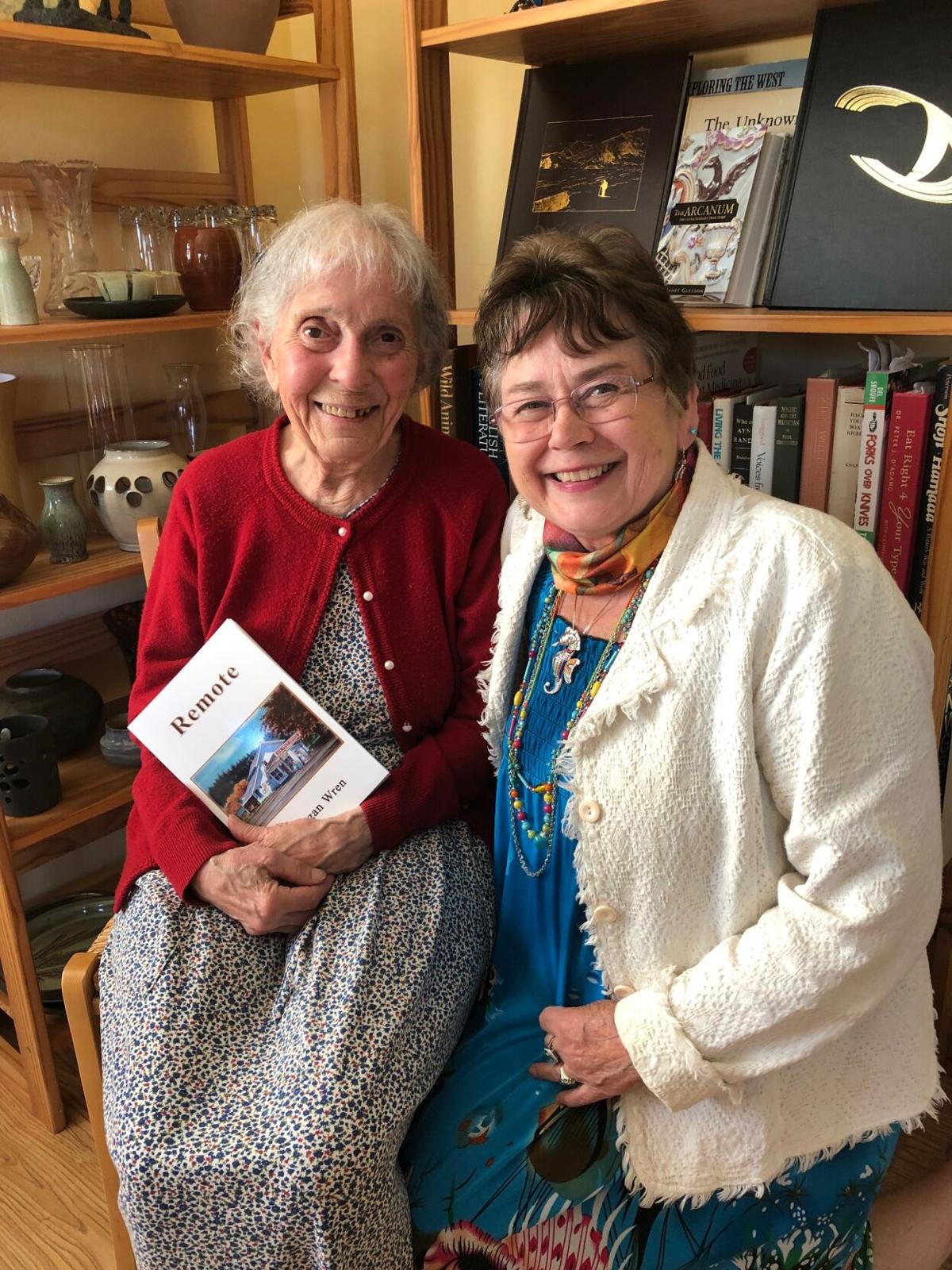 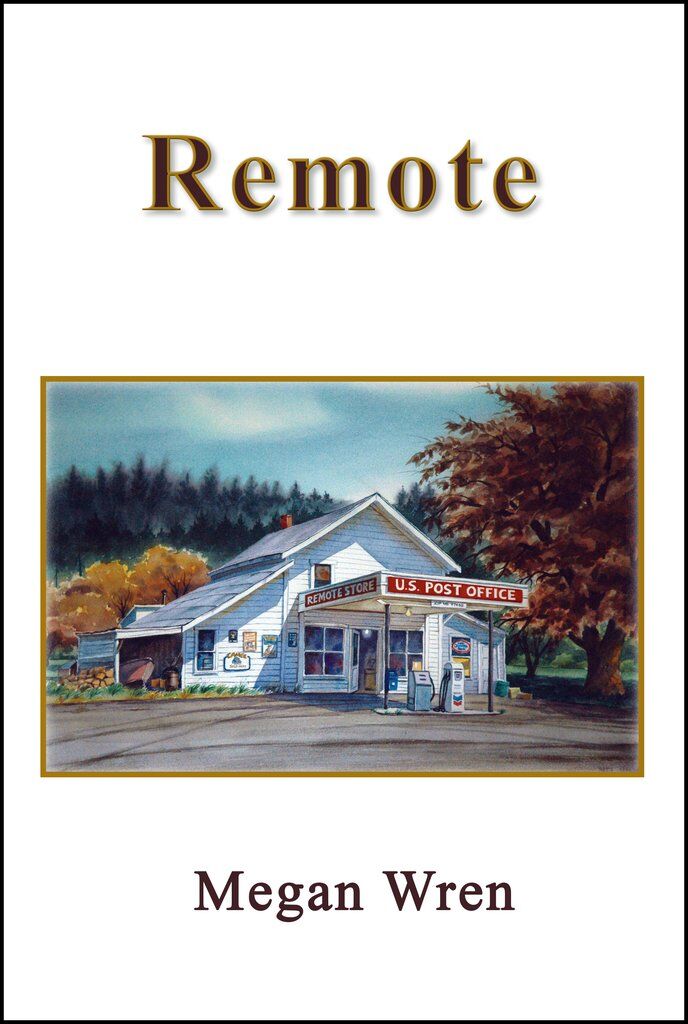 BANDON — When you've been a writer your whole life and always had a book in you somewhere, why not finish and publish it at age 90?

That's something longtime Bandon resident Megan Wren has been meaning to do for a long time. She's accomplished that goal with the release of "Remote," a book that's been in Wren's head since the 1970s when she first stopped in the town of Remote on a hot day to get a cold drink and was captured by its setting.

The book was published by Robert Reed Publishers, and personally re-typed and proofread by Cleone Reed, both also Bandon residents.

“'Remote' is a light hearted and humorous take on life in the rural community of Remote, Oregon," said Nattie Ingram of Bandon, a friend who reviewed the book. "Various plots twist and turn as the locals are forced to meet the challenges that two newcomers bring with them. The many vagaries of small town life provide an entertaining read.”

Wren's own tale is just as interesting as her book. She's from a family of readers and writers. Her father wrote scientific papers about horticulture and studied and wrote about day lilies, encouraging breeders to experiment with creating different varieties.

"There wouldn't be the varieties of day lilies we have today if it wasn't for my father," Wren said.

Her mother wrote history stories for the study club she belonged to.

"I've been a writer since I could write," Wren said recently in her Bandon home that she and her late husband Adrian designed and had built.

A precocious child, Wren went to the library with her mother starting at age 4 and would spend time in the children's section, then when bored with that, would wander into the youth section, only to be told by the librarian she was too young to read those books.

"But I wasn't," she said with a smile. "The books I read were all moral and without bad words — good books for young people."

She began writing stories as a pre-teen, but never had formal writing lessons, the words "just came naturally."

Wren was born in Cheektowaga, NY and grew up in Williamsville, NY. She recalls her first job as a teen was working as a driver to take people to see the Canadian side of Niagara Falls "which is more beautiful than the American side."

While attended college, she met her first husband Bill while he was attending MIT, studying to be a mechanical engineer. They married when she was in her junior year of college. She completed her degree in languages and psychology while Bill obtained his master's degree.

"It was my extracurricular activities that interested me," Wren said. "But I learned most of what I know after college."

Wren had many creative outlets during that time — acting in radio and stage plays and as a semi-professional singer.

"I still remember all the words," she said.

When Bill graduated, he accepted a position in Seattle and they traveled across the country. There were many moves after that, as well as the addition of two daughters. Among the places they lived were Seattle, New England, Cincinnati and San Luis Obispo, Calif., where Bill worked as an engineering professor at Cal Poly.

Between 1980 and 1984, she was the owner and manager of Megan's Friends, a private membership Bed & Breakfast Reservation Service Organization in San Luis Obispo.

"I moved around quite a bit and learned something interesting every time I moved," Wren said. "I also made friends everywhere I went. I learned mostly about people and the different customs in different parts of the country and I learned to fit in. I think I could fit in anywhere in the country."

She was involved with book and gardening clubs wherever she lived. When she and her second husband Adrian moved to Otis, near Lincoln City, she worked with the county sheriff's office and legal department as an undercover investigator.

"We were trying to get information on some local hoodlums and put them in jail, and we did, but it took three years," Wren said. They were ruining the neighborhood."

She founded, developed and managed the Institute for Noetic Sciences in Lincoln City as well as the United Neighbors of Otis. She founded the Wren Heritage Gardens in Otis after becoming interested in preserving seeds for the world seed vault in Norway, using horticulture techniques learned from her father.

She also founded the Family Organic Gardeners in Lincoln City. There were six gardeners who plowed six acres to show people how organic gardening could be done. Wren wrote about it in newspaper articles.

Gardening is still a hobby.

"I've always had a garden," she said.

Wren has also worked as a public opinion researcher, a political campaigner, a medical researcher, a caregiver, an English tutor, a director of education and a home and garden designer.

She and Adrian moved to Bandon in the 1990s, where she got involved with the Bandon Writers Group and when her husband passed away a few years ago after a long illness, she became involved in a local bereavement group.

In the 1970s, when she first saw Remote, the idea for a book came to her and has been in her head ever since. While Wren has written throughout her life — including  articles for the Lincoln City News Guard and Oregon Coast Magazine, among other publications, she had never penned a full-length book.

She decided early on that the story would be for all ages and with the morals she grew up with. Portions of the book have been written over the years, with suggestions and involvement from her daughters.

"That's why it's such a wholesome, innocent book," she said. "You could give it to any child to read. That's what I was like. We lived like that, we were moral and charitable. My mantra was 'do good and be kind.'"

Both her daughters are as creative as their mother. One of them, Sara Backer, wrote "American Fuji," a novel published in 2001 based on her experience as the first American professor at a Japanese university. Backer also taught writing at Amherst. Her daughter Melissa is a writer and married to Will Carpenter, also a writer, and their son Marc Carpenter, who lives near Portland, is an expert on Pacific Northwest history and has traveled and written extensively for his job.

Now that she's finished her novel, with the help of a "great publisher and editor" she feels a sense of satisfaction and accomplishment. But there's no other books in the works, she said.

"I feel very good about finishing the book that's been in my head," she said. "Finally it will be restful."

"Remote" can be found at https://rdrpublishers.com/products/remote and as an ebook on Kindle.

Carolyn is the moral guardian of Train’s End, a hamlet two miles from Remote, Oregon.

Sutton is a glutton, swindler, and loafer who fled his nefarious lifestyle in Los Angeles when fraud charges forced him to leave his beloved Los Angeles and hide out in the Oregon wilderness, following his impressionable young cousin Dusty Dobbins who intensely disliked the L.A. smog and lifestyle, craving a setting similar to his West Virginia roots.

In a battle of wits between Carolyn and Sutton, the two struggle for control over the naïve denizens of Train’s End. Their private way is only temporarily sidetracked by vendetta, love affairs, a suspicious pregnancy, a death, and their own guilty secrets.

When a real estate developer, who calls himself a “visionary entrepreneur” shows up and builds a resort hotel, everyone in Train’s End and Remote wakes up to a new reality.