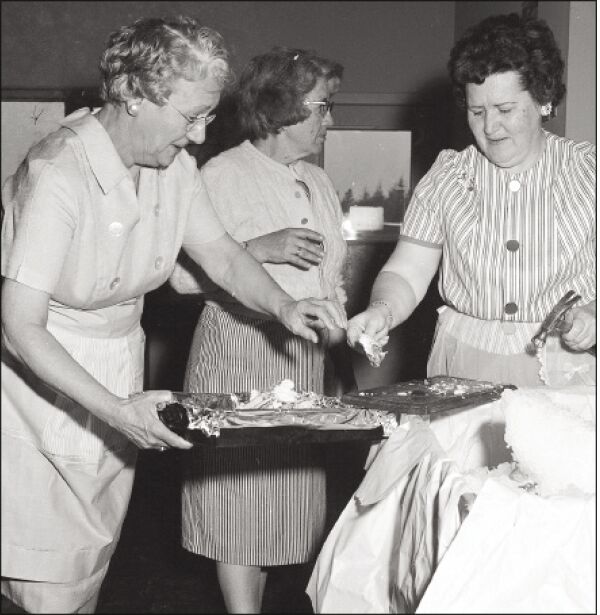 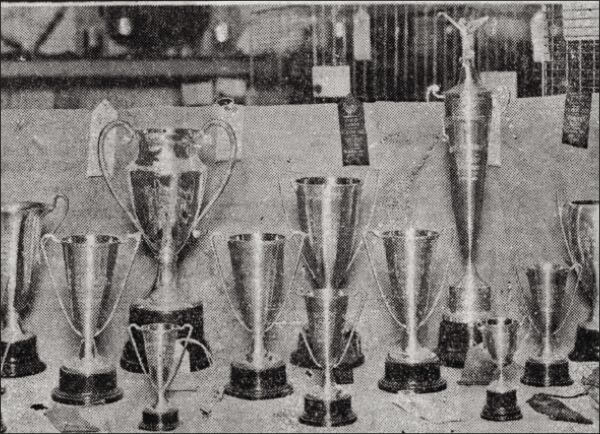 We've had a lot of heroes who have saved people from drowning over the years, but one incident that comes to mind occurred in April of 1972, nearly 50 years ago, when local fishermen Hugh McNeil and Jim Wise saved five locals, who had capsized while crossing the bar.

The picture I am sharing to go with the story is of one of those saved, long-time Bandon resident Frank Tucker, who was being assisted off one of the rescue boats by Bill Biggar, right, and an unidentified man. With him on the boat were his father Ray Tucker, boat puller John Loughery and a young couple, Terry and Susie Mazzotta, who lived on Elmira Avenue.

Here is their story, which I wrote for the paper all those years ago.

"The heroic actions of two Bandon fish boat owners, Hugh McNeil and Jim Wise, are credited with saving the lives of five people after their boat (Evie-Jack) capsized while attempting to cross the bar."

The article goes on to identify those on the sinking vessel. "The young woman was sitting in a sinking lifeboat when rescuers got to her, and the four men were clinging to the hull of the stricken vessel, which had drifted more than a quarter of a mile seaward after capsizing at about  2 o'clock. The five had been out gathering up some crab gear, and had a number of crab pots on board when the 48-foot commercial fishing vessel took a breaker over the stern and drowned the engine.

"According to one man who walked the beach Wednesday morning, there was nothing to salvage from the wreckage. The boat, valued at almost $30,000, is believe to have not been insured.

"'Another few minutes and all five of these people would have drowned,' said Port Manager Harry Harris, who had nothing but the highest praise for McNeil and Wise.

"'They committed their boats and their lives to go out there and get those people ... and if they hadn't all would have drowned,' he emphasized. He added that the bar conditions were extremely rough, with six to eight foot swells.

"'Maybe the Coast Guard will realize that we need them year around, if only just to man one boat and a small crew at the trailer .... but we definitely do need them,'" said one local fisherman. "Hughie and Jim could both have died out there .... they're not trained for this type of rescue work, and they don't have the right kind of boats," he added.

"But the five people whom they rescued would probably argue the fact they weren't seasoned professionals."

"McNeil did send out a May Day (distress call) to the Coast Guard, who sent a boat down from Coos Bay, although it did not arrive until after the people had all been rescued.

"McNeil pretty well summed up the harrowing experience when he said: 'I couldn't sleep at all that night ... had one nightmare after another.'"

And over the years, this was just one example of the people who were assisted by these two fishermen, who were always ready to help someone in trouble.

The second picture, which I found in a 1956 Western World, tells the story of Bandon's Egg and Poultry Show.

Few people living in the Bandon area today perhaps realize that at one time, 90 years ago, Bandon was known far and wide for its prize poultry, and that the Bandon Egg & Poultry Show was an event which attracted nationally-recognized prize-winning birds from all over the West.

The picture I shared appeared in the Oregon Journal on December 12, 1930, following the second annual show which was held on December 2 and 3 of that year. The caption explained that there were 15 silver trophies, 320 ribbons and several other special prizes in addition to numerous cash prizes that were awarded at the show, visited by more than 5,000 people.

The show was held in Dreamland Pavilion, a large dance hall that later was destroyed in the fire of 1936. Officers of the association were Charles F. Winters, president; A. A. Henry, vice president; Jens F. Svinth, secretary-treasurer. Among the directors were H.F. Haga, H.E. Boak (Melvin's father), Elmer Cluck and C.C. Randall.

At the time of the fire, Dreamland was on the corner of Second Street and Baltimore, where Lloyd's Cafe is now. Soon after the fire, the land was purchased by George Erdman, a pioneer merchant, who rebuilt his Erdman's City Market on that location after it had burned at his First Street location. Interestingly enough, Mr. Erdman lost his business and home in the 1914 fire and again lost both his business and his home in 1936, but still he rebuilt.

The third picture, also taken in April of 1972, shows Irene Senter, at left, and Elaine Kehl, at right, as they serve crab during the annual Bandon Aero Club's annual fly-in crab feed.

Mrs. Kehl, wife of the Aero Club President Howard Kehl, was chairman of the event, and the previous week she told the paper that they purchased 500 pounds of crab for the meal, which was to be served in the spacious hanger at the airport. A large number of planes flew in from all parts of the Northwest.

Everywhere I go people are talking about how dry it has been this summer, but is this season any drier than past years? I looked at the records that Gerry Terp has been sending me for the last 17 years and discovered some interesting information.

When sending me the latest info, Gerry did note that "we are still about 12.24 inches below 'normal.'"

I remember  when I worked at the Western World and we kept track of the average daily rainfall, we thought normal was around 75 to 80 inches of rain a year. That doesn't seem to be the case today ....

It was interesting to see both the sheriffs of Douglas and Coos County send out press releases indicating they would not be enforcing the governor's mask mandates.

Actually, I don't  think anyone expected them to, regardless of their political positions.

I went on line to see who was actually responsible for enforcing the state (not local) mandate and it pretty clearly said it "was not the local police," but rather it was OSHA (Oregon Safety and Health Administration).

So my guess is this was just a bit of posturing to keep their "base" happy rather than real news.

Unfortunately, a lot of the "enforcement" is left up to the employees of our local stores, and about the best they can do is ask people to wear masks. It is pretty much a mandate without real teeth. Some businesses, like restaurants, can withhold services, but it's a thankless job for all concerned.

But considering the number of COVID cases, and subsequent deaths, that have occurred in Coos County lately, it only makes sense that people would get vaccinated and wear a mask to protect themselves, their families and the community.

Is that really too much to ask?

While on the subject of COVID, the Oregon Health Authority last put out a press release on Friday, Sept. 3, which indicated that Coos County had 39 new cases, Curry had 20 and Douglas County had 151. And there were 24 new deaths, but it did not break those down by counties. The previous day, Sept 2, Coos County had 43 new cases, and on Sept. 1 there were 57.

This is certainly an "improvement" over the 80 plus cases that occurred on several days the previous week, but these numbers so far exceed those from a year ago, that something needs to be done, especially when you consider that the greatest majority of people who are really sick and in hospitals are unvaccinated.

The sad part is that there are many people who need to be in the hospital, for previously scheduled surgeries, but because of a lack of bed space and staff, those must be postponed.

Doctors and nurses are overwhelmed and understandably upset because they know this latest surge could have been avoided .... if more people had gotten vaccinated.

I've been trying to diet and one way is to stop eating the two squares of Ghirardelli chocolate that I have been enjoying daily for way too long. But Saturday, I decided to give in and have just one square. It had been in the refrigerator, and I prefer my chocolate at room temperature, so I decided to put the little square (wrapping and all) in the microwave for a few seconds.

Bad decision. I heard an explosion, and discovered that the paper was now stuck to the chocolate, which was inedible.

I took that as a sign .... and reached for a couple of strawberries instead.

And took the chocolate out of the refrigerator for the next time I was tempted to break my "diet."

I received a press release from the Coos County Solid Waste Department last week about the free household hazardous waste collection event set for Saturday, Sept. 18, from 9 a.m. to 1 p.m. at the Beaver Hill Transfer Site.

Coos and Curry County residents can dispose of various household chemicals at the free event, but there's a catch. You need to call 541-396-7624 to make an appointment as soon as possible.

They are asking people to make an appointment so there will not be long lines of traffic, which could cause congestion on Highway 101. It also helps them to plan for how much material they will expect that needs to be shipped out and the number of staff they will need to cover the event.