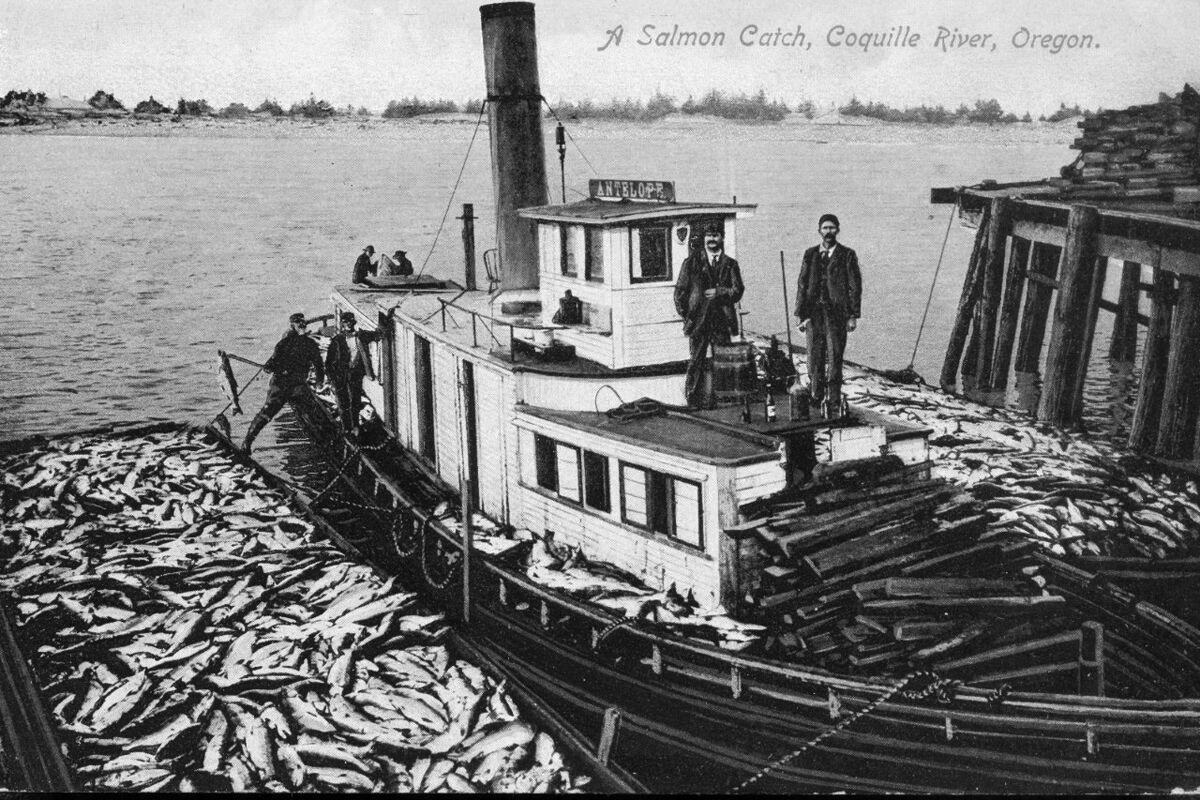 The Antelope with a load of salmon fresh out of the Coquille River. 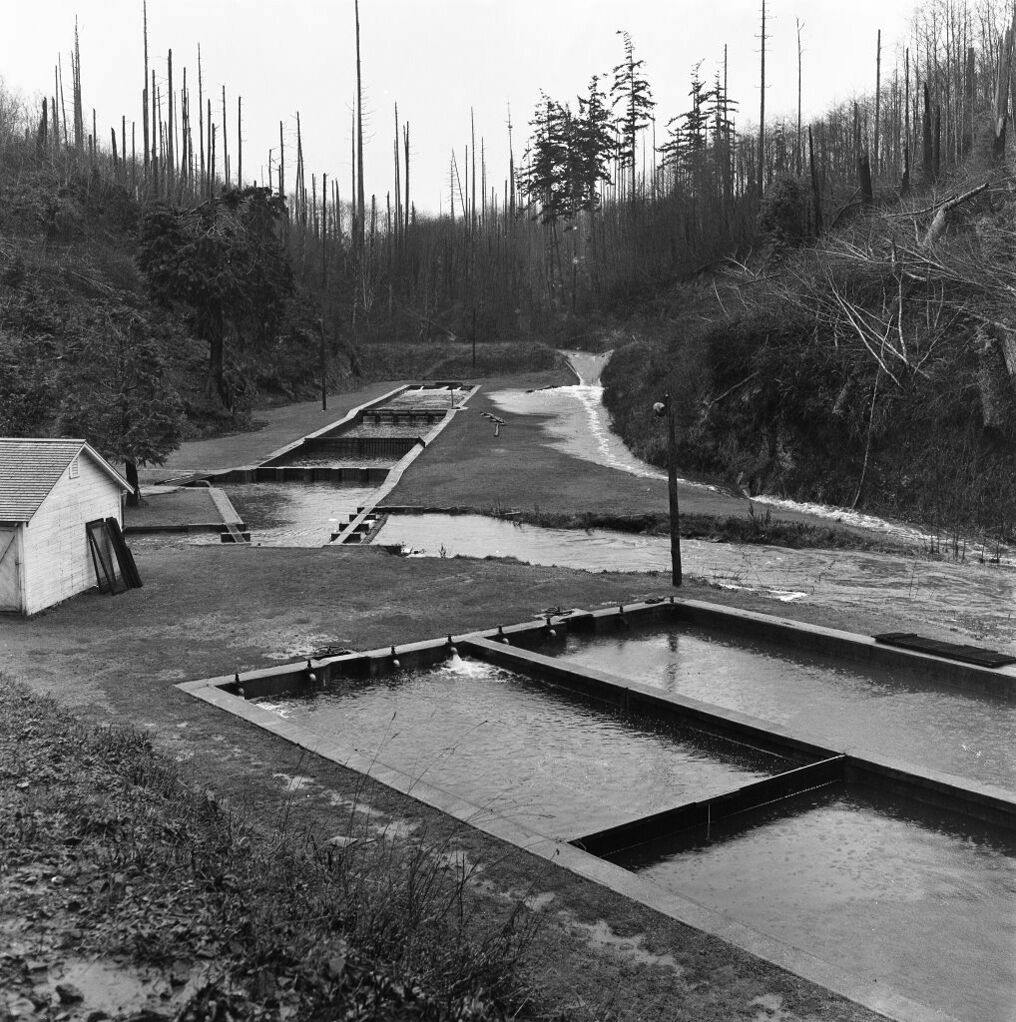 A local fish hatchery in January of 1956 when a flood occurred in the area. 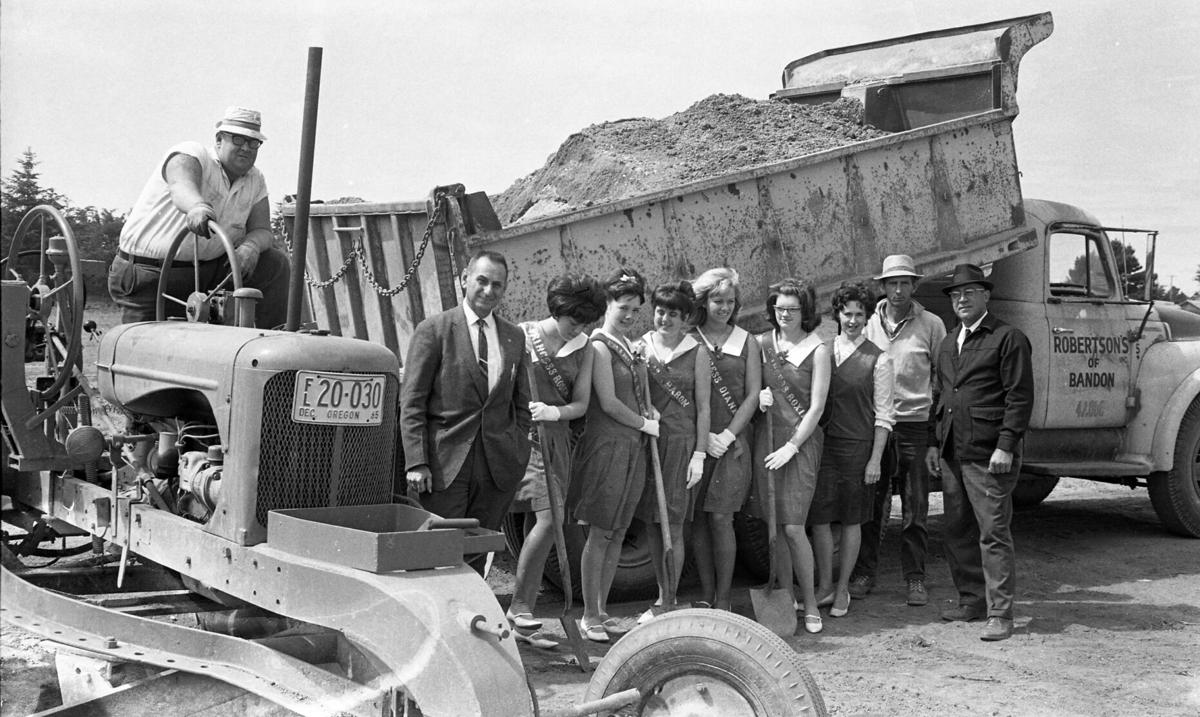 The Antelope with a load of salmon fresh out of the Coquille River.

A local fish hatchery in January of 1956 when a flood occurred in the area.

I know that I have shared this first picture before, but it is so important to the topic of salmon fishing in the Coquille River that I decided to run it again. I am not even sure when this was taken, but very possibly it was sometime in the 1920s and features the Antelope with a load of salmon fresh out of the river.

A month or so ago, Bandon Port Commission chairman and ardent sportsman Reg Pullen sounded the alarm about the salmon crisis on the Coquille River, which was completely closed to salmon fishing in 2021.

He said the dramatic decline in Chinook salmon includes a number of factors. Ocean productivity is at an all time low, perhaps accelerated by climate change. Summer river temperatures from Powers to Rocky Point are now above 75 degrees, considered to be lethal for downstream migrating smolts.

Reg said one of the biggest problems for salmon on the river is the increasing abundance of striped bass, smallmouth bass and largemouth bass. And that brings me to an article I found in Western World in July of 1941, headlined "striped bass coming into the Coquille."

It pointed out, all those 80 years ago, that for the first time in history striped bass in any number were running in the Coquille River.

"Occasionally during the past few years a striped bass would be caught in the Coquille River, but never more than one or two during the spring and early summer commercial fishing season."

The article does say that they were planted in Coos Bay a number of years earlier and multiplied rapidly, but the article does not indicate how they came to be in the Coquille system.

"This year it looks like the new fish is to become a local problem and commercial fishermen are wondering if they will have it to contend with," continued the article. "At least some of them are viewing the situation with alarm, pointing out that as the striped bass increase, the salmon diminish in number."

It is clear that over the last 80 years, the bass have continued to thrive in the Coquille River until they have become a huge problem.

In his letter about the salmon crisis, Pullen said that while the war on the introduced bass species is accelerating, very little effort is going into rebuilding the faltering hatchery program, that at one time held so much promise. The second picture I have posted is one taken at the local fish hatchery in January of 1956 when a flood occurred in the area.

"Bandon anglers fondly remember the glory days in the mid 1980s, when smolt releases at the mouth of Ferry Creek created a 'sidewalk fishery' where anglers stood shoulder to shoulder along the marina to catch their limits of salmon."

He added that while the plan of the Oregon Department of Fish and Wildlife, who operate the local hatchery, was to release 100,000 unfed fry from hatch boxes along the river, no effort has been made to achieve that goal.

He said the entire hatchery program is doomed to failure unless drastic measures are taken.

"The ODFW seems unlikely to change their position, given the Wild Fish Policy that discourages hatchery production. However, efforts are underway to change that."

Pullen and others contacted the Coquille Indian Tribe, who have reached out to Governor Kate Brown, with support from the city, port and chamber, to save the fall Chinook run. Tribal chair Brenda Meade and executive director Mark Johnston appeared before the city council at its September meeting to ask for the council's support.

A letter the city sent to the governor this week, said, "We join the Coquille Indian Tribe in sounding the alarm about the salmon's plight. Although we appreciate the efforts of the Oregon Department of Fish and Wildlife, its resources appear inadequate to rescue our fall Chinook. The Coquille Tribe is stepping forward with an offer to partner with ODFW on this urgent priority.

"We support the tribe's co-management proposal. A cooperative effort of the tribe and ODFW appears to be our best hope of restoring the fall Chinook as a viable local fishery, For the sake of our area's environment, social and economic well-being, we urge you to put your full support behind this project."

The third picture was taken in July of 1965 when the Cranberry court gathered in the football parking lot on 11th Street, which was beginning to take a finished look as volunteers hauled many dump truck loads of gravel in an effort to complete the lot before the opening of football season.

At the hospital board meeting last Thursday night, it was announced that the hospital's dietary manager Sherry Capobiano has died of COVID after struggling in ICU for several weeks. She was 47 and had been life-flighted out of here for care. Eight days earlier, her father, Darrell Riddle of Myrtle Point, also died of COVID. Sherry's husband, Robert, works in the engineering department at the hospital. She was the featured employee back in April, and was much loved by hospital staff and all who knew her as evidenced by a number of testimonials which were shared with the board.

Also on the COVID front, well-known local artist Michael Ousley of Langlois has spent weeks in the Portland VA ICU with the Delta variant, even though his wife, Yvonne, said he had been fully vaccinated. He has been discharged from Portland to a nursing rehab facility in Roseburg. In Portland, they told Yvonne that it could take as long as two months for him to regain his strength and clear the respiratory infection. Although she could not visit him in Portland, she was able to see him through a window and talk to him on the phone in Roseburg, where he appeared to have made great progress in the first 48 hours. They said he could be home in two weeks if he continues to improve at that rate.

In her post on Facebook, Yvonne said "Michael and I cannot stress enough how vital it is to be vaccinated. Take the necessary steps to stay safe."

I have also learned that Joey Harper, owner of Joey's Arcade in Coos Bay, is currently hospitalized on oxygen with COVID.

People keep asking about Michelle Greenway, wife of Greenscapes owner Mike Greenway and an employee of Hennick's Home Center. She has been in ICU fighting for her life with COVID since Sept. 9. Several days ago (Friday, Sept. 24) Mike posted that she is "back and forth, one good day, one bad day."

She has a lot of people pulling for her ... and praying for her to get well.

The Myrtle Point Police Department sent out a press release this week to say that a woman had died from a dog attack in her apartment in Myrtle Point on Friday. She was identified as Amber LaBelle, who, according to Search Public Records, is 42 years old and had previously lived in Coquille.

"The dog was known to LaBelle and it was not a random attack," they said, adding that an investigation into the incident has been launched and is ongoing.

KEZI announced Sunday night that it was a gray pit bull that attacked LaBelle.

To people who use Rite Aid for their prescriptions, it has been announced that the local pharmacy is only open Monday through Friday from 9 a.m. to 6 p.m., and is no longer open on Saturdays.

In last week's column, I talked about an ad for Chris Richert's dairy, saying I thought it was at Two Mile, although it was referred to as Richville.

I heard from Chris' granddaughter, Diane Blake Lewis, who said, "Grandpa Chris Richert indeed had the dairy farm, just past the old Two Mile Cafe where momma and her 17 siblings were raised. Mom hated milk and cows in her later years because of the hard work on the farm. Her chores were mainly to herd the cows out spato pasture before school and to help milk them after school."

Her mother was Evelyn Blake (wife of Denny Blake), a long-time employee of Western Bank.

People are reminded that the next brush and yard debris removal event will be held on Monday, Oct. 4, when Bandon Disposal will be picking up piles of brush and yard debris. City residents are allowed up to a maximum of 5 cubic yards (approximately two pickup loads) at no cost. People are asked to place it in the right of way alongside the street adjacent to their home prior to Oct. 4. If you get missed, contact Bandon Disposal at 541-347-9633 and let them know. The program is for woody yard debris only, and other items such as metals, appliances, furniture, etc. will not be accepted. This is the third and final event of the year.