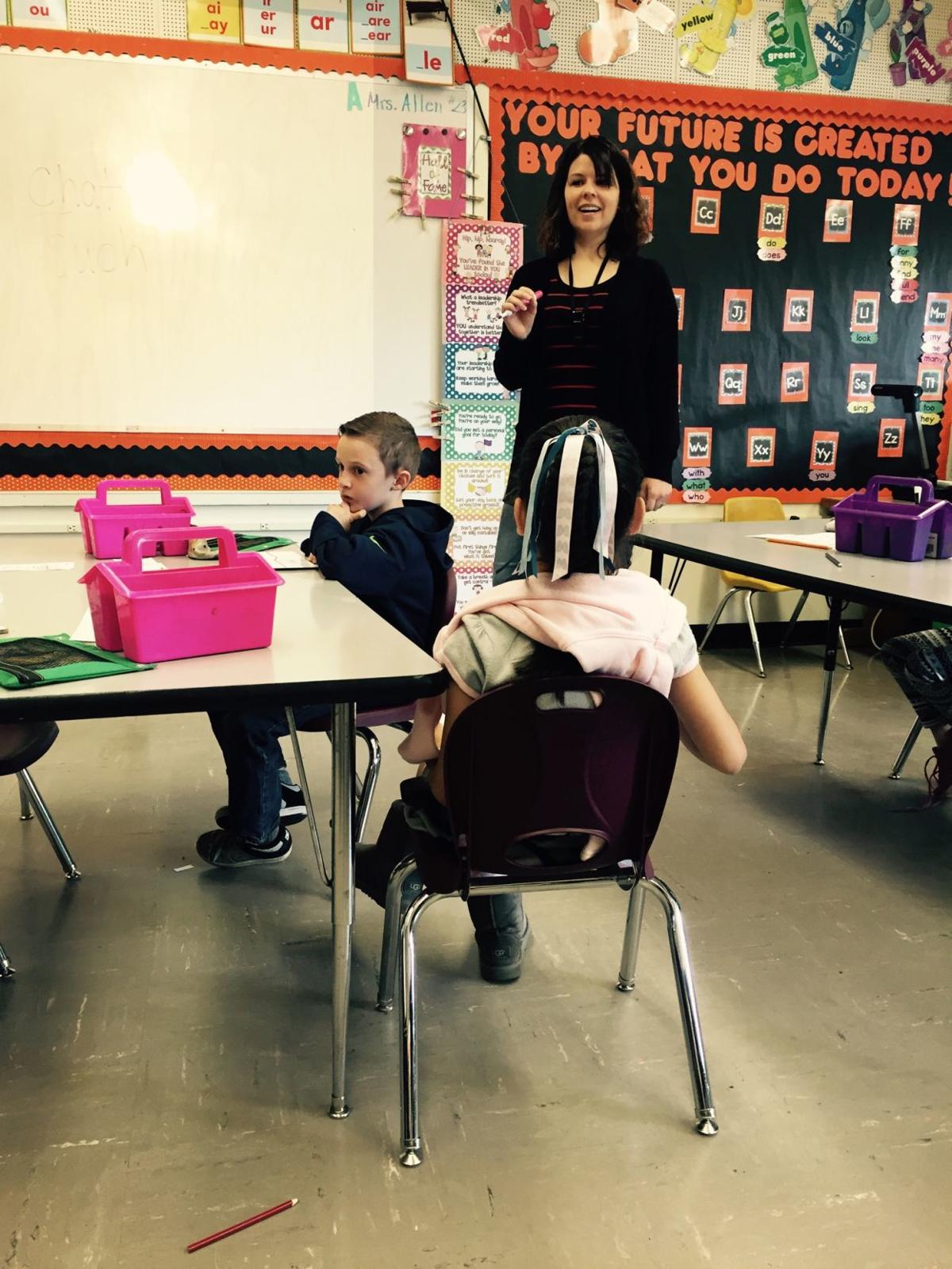 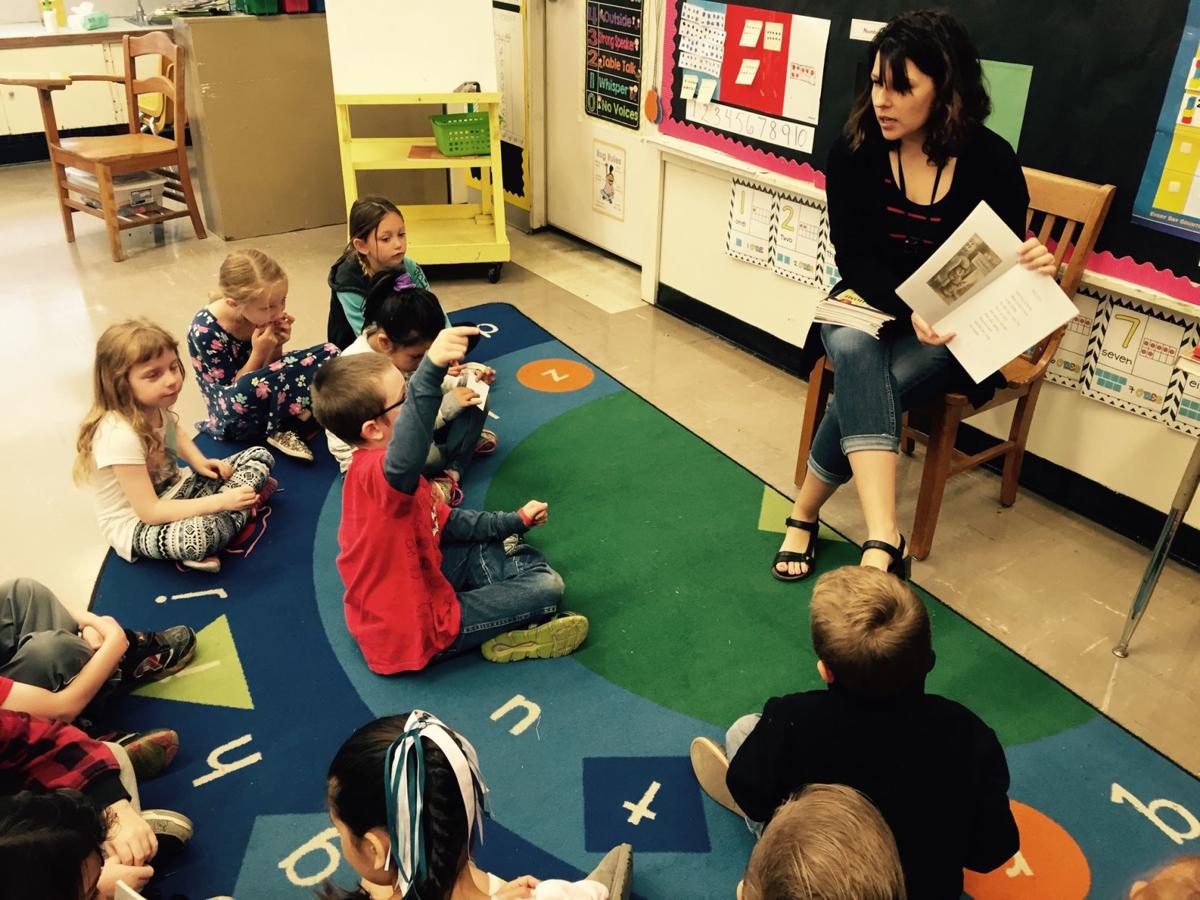 Highland Elementary teacher Paige Allen's grandfather served as the school district superintendent several decades ago. She keeps busy in the community, including helping with the Reedsport Educational Enrichment Foundation.

Highland Elementary teacher Paige Allen's grandfather served as the school district superintendent several decades ago. She keeps busy in the community, including helping with the Reedsport Educational Enrichment Foundation.

Allen started teaching at Highland Elementary in 2010. Her family roots run deep in the community.

"Like many graduates, I was thinking 'I'm out of here,'" she said.

That changed in 2008 with the Great Recession. Her husband Levi worked in real estate and because of the economic slump, had to switch careers.

"And at first we thought 'We'll see how it goes,'" said Allen, who teaches first-graders.

"My mindset shifted," she emphasizes. No longer was she the 18-year-old who wanted to leave. She also was about to undergo a big family change.

"I was expecting my first child that year," she said. That's a big shift."

Plus, the educator has cousins and an aunt and uncle  in town.

She referred to the quote of "it takes a village to raise a child."

Upon graduating from RHS, Allen later earned her bachelor of science degree in education from Western Oregon University in 2009. From Western, Allen went on to receive her master's of education degree at Concordia in 2014, with a specialization in curriculum and instruction.

"We have a lot of Western alumni," she said, referring to fellow Highland teachers.

Her chance at giving back

"I would say I am most involved with the REEF fundraiser," she said. REEF, which residents started in 2002, stands for Reedsport Educational Endowment Foundation. The group raises money for all non-sports related functions at the two schools, including for field trips. With a laugh, she said she helps on the fundraiser because her parents Tom and Julie Huebner volunteer on the REEF board. Allen sells tickets, admitting that "I'm not a golfer."

For Allen, supporting REEF is critical.

"It's named after my grandfather," she said, referring to the relative who's also named Tom.

Her grandfather worked as the Reedsport superintendent from 1957 to 1977. She said "this was sort of his district." In 1977, he went on to become the Douglas County Education Service District superintendent.

Allen gives back to her hometown in other ways, serving on the board for Great Afternoons/Great Beginnings programs.

She loved Highland as a child and now Allen teaches at Highland which she still treasures.

"As a little kid, I thought it would be fun to teach," she said, adding that her sister Deanne Frazier has returned home too. In Frazier's case, she educates fifth- and sixth-graders.

"I like young kids," Allen said. Plus education appealed to her with its "good benefits and job security." She takes a larger, altruistic view, saying "you feel like you're making a difference."

"I can see a huge difference from the time of my going to school," the first grade teacher said.

International Paper, where her dad worked, closed its doors in 1999. She said "that (the plant) was in full swing up until the eighth grade."

Her father worked as a paper maker at the Gardiner plant and then switched over to become an electrician. He works for Kevin Ladd, who's an area electrician.

"I think it's been hard to see the change, but the opportunity is still there," Allen said.

Ways exist for Reedsport to branch out economically.

"It is a beautiful place," she noted, adding that it "seems like we have some surrounding communities (like Florence) that have tapped into the potential (of tourism)."

With Defeat River and other newer businesses sprouting up in Old Town, she sees this as a definite positive.

The district seems to change too with the times. The Great Recession of 2008 ripped the nation apart economically. Likewise, administrators, principals and teachers began leaving the district. Allen said some community members and teachers discussed the option of  making a K-12 school.

"We're filling up the school," she said. "We're running out of classrooms."