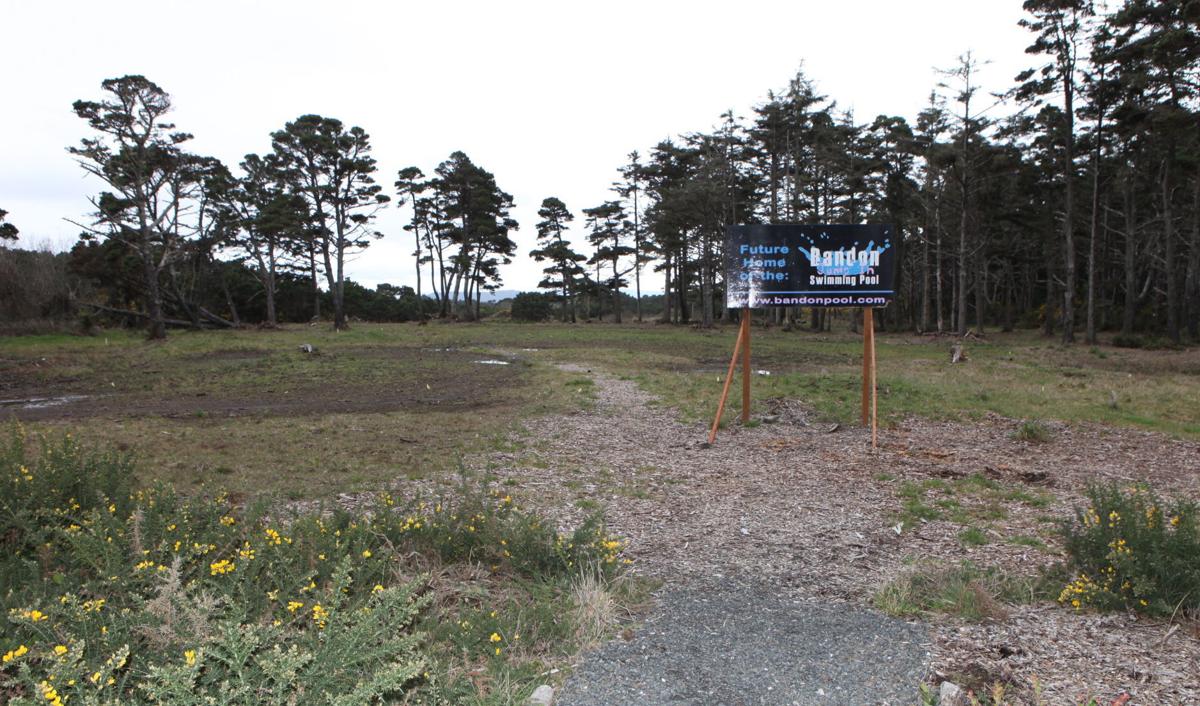 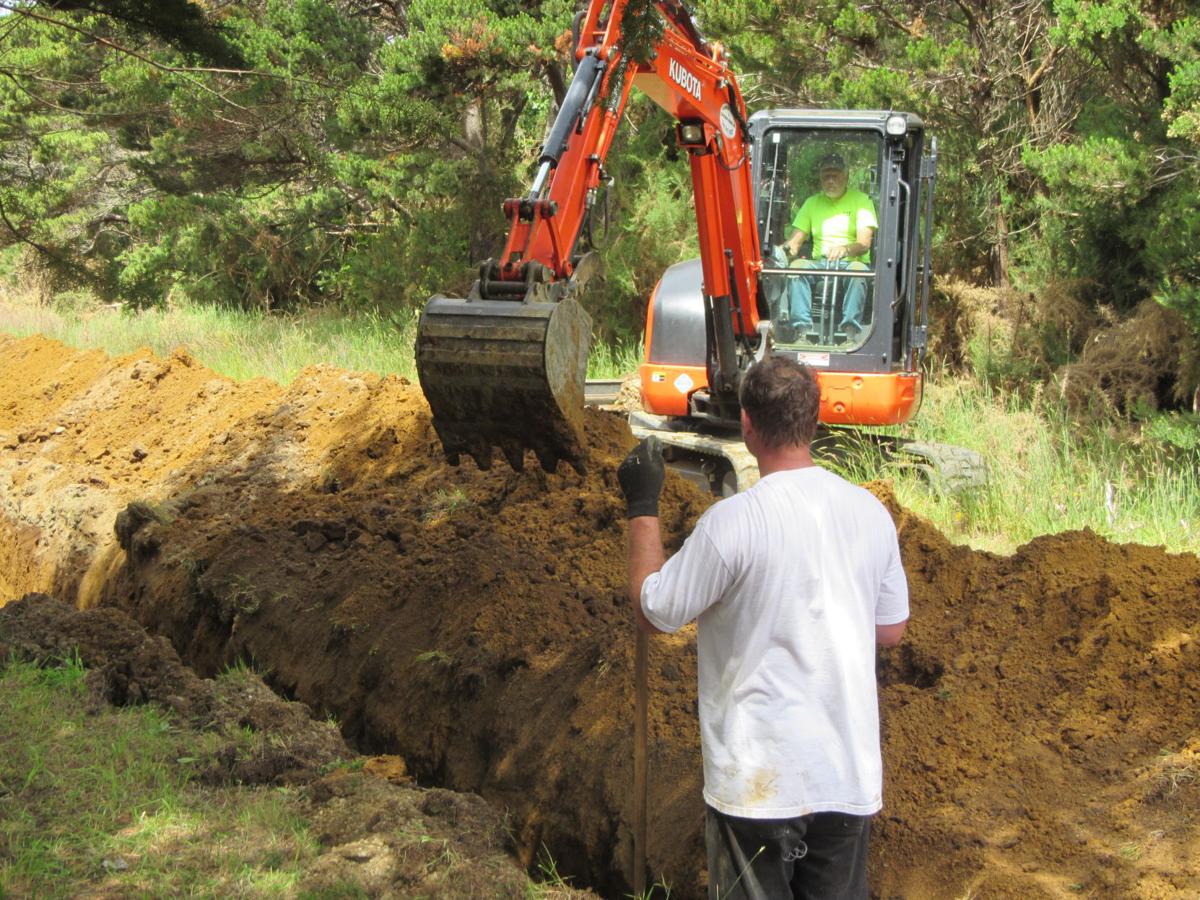 Workers break ground at the Bandon Aquatic Center property off Jackson Avenue Southwest to lay conduits for electrical, telephone and Internet cables. The effort to build a community swimming pool in Bandon continues, with a fundraiser planned at the property in August. Follow the Bandon Community Swimming Pool on Facebook.

BANDON — The Bandon Community Swimming Pool Development Corporation received a letter this week from local attorney Robert S. Miller III explaining that a client, who asked to remain anonymous, had just executed a last will and testament giving $2.5 million to the pool nonprofit, with two express conditions.

One, that the pool nonprofit remain in existence, and second that the swimming pool be located in the Bandon City Park.

"Please be cautioned that is a bequest -- not a vested, completed gift," Miller announced at the Bandon Aquatic Center board's annual meeting on Tuesday, May 8. The announcement was greeted with a great deal of excitement by those in attendance.

"The client may or may not die any time soon. The client might experience significant life changes, dramatically affecting the extent of his or her estate assets. The client could change his or her mind. Life being life, nothing is certain. But I have known and worked with this client long enough, and I have enough familiarity with this client's life situation, that I believe that this planned gift is sincere and of high probability to occur," Miller said.

According to Bandon Mayor Mary Schamehorn, the City Council has not discussed the letter, nor its conditions, but it is always possible that the property owned by the pool committee adjacent to City Park could be annexed into the park.

Other considerations have also been put forth, including an amendment to the city charter that would prohibit the city from spending any taxpayer money on either maintenance or operation of a pool, which would relieve taxpayers of the fear that somewhere in the future, the city would have to assume the cost of operating a pool.

The mayor, two city councilors and City Manager Robert Mawson were present at the meeting, according to Ann King, acting treasurer of the Bandon Aquatic Center board.

King said the board has not had a chance to discuss the possibilities of the promised donation, other than it will be put into a reserve fund when received, if the pool has been built and is still being operated by a nonprofit board. She said the board is excited and grateful for the bequest.

King also announced that Myra Lawson, who has been on the pool board for the past several years, has resigned, and the board is looking for a new member. Board member Dan Green will become treasurer on June 1, King said. Other board members include Caroline Mitchell, president, and members at large Bart Taylor and Rick Jackson.

The Bandon Aquatic Center board meets on the second Tuesday of each month at 10:30 a.m. at the Bandon Library. The public is welcome and encouraged to attend. The Bandon Community Swimming Pool Development Corporation is a 501(c)(3) organization that has been in existence since October 2005.

The corporation is committed to the completion of the following:

COOS BAY — Bay Cities Ambulance announced this week its plans to join the national Emergency Medical Services Week campaign. Monique Novotny, an administrative assistant with Bay Cities Ambulance, attended a recent county commission meeting and asked commissioners to proclaim May 20-26 as EMS week. The campaign is set to acknowledge and celebrate all of those who provide emergency medical services.