Brian Kraynik with his family and friends on the Fun Sway. Kraynik has completely reconditioned the derelict boat and is offering tours of the Coquille River starting from the Bandon boat basin. 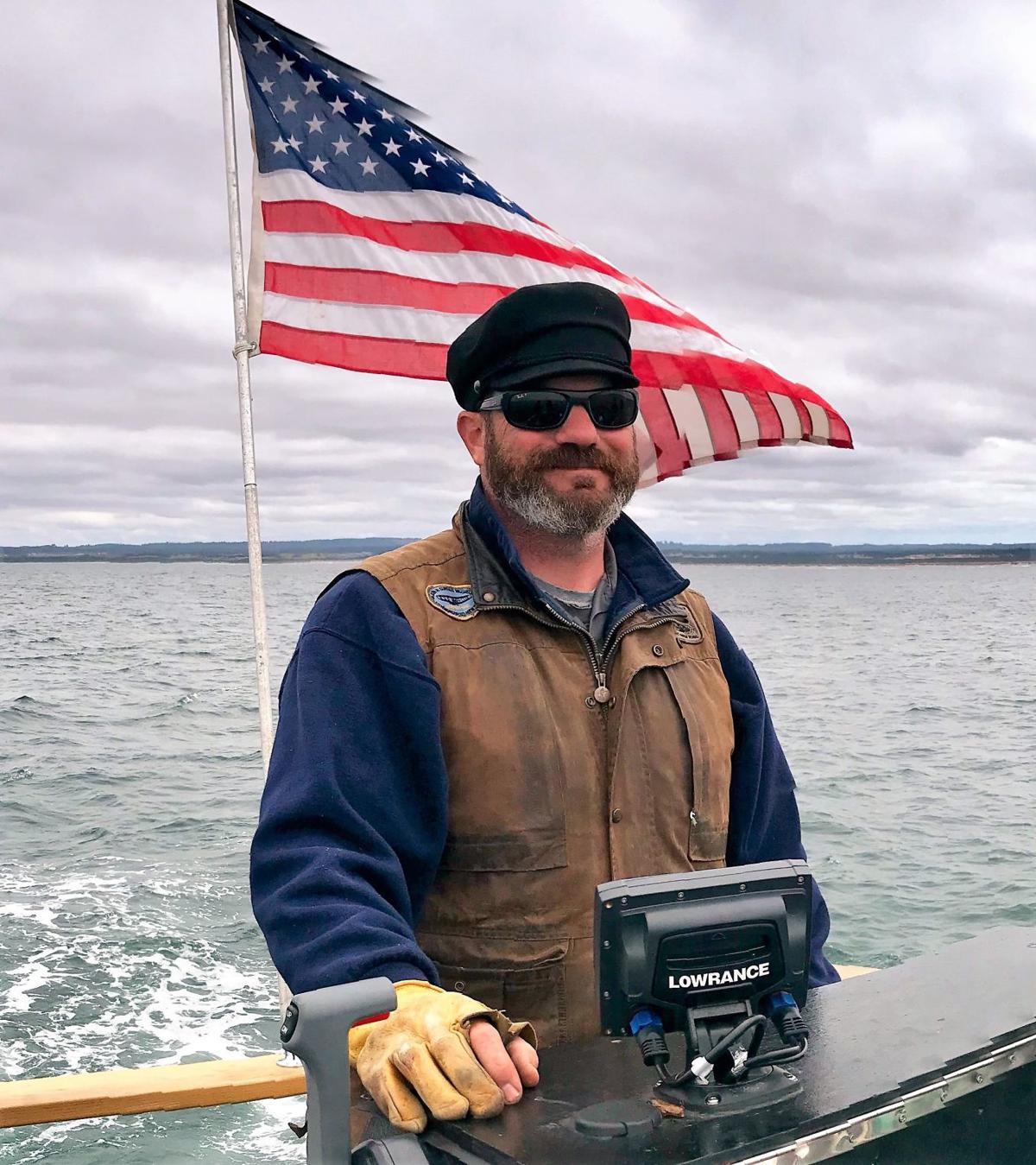 Captain Brian Kraynik is leading historic tours of the Coquille River on the Fun Sway. 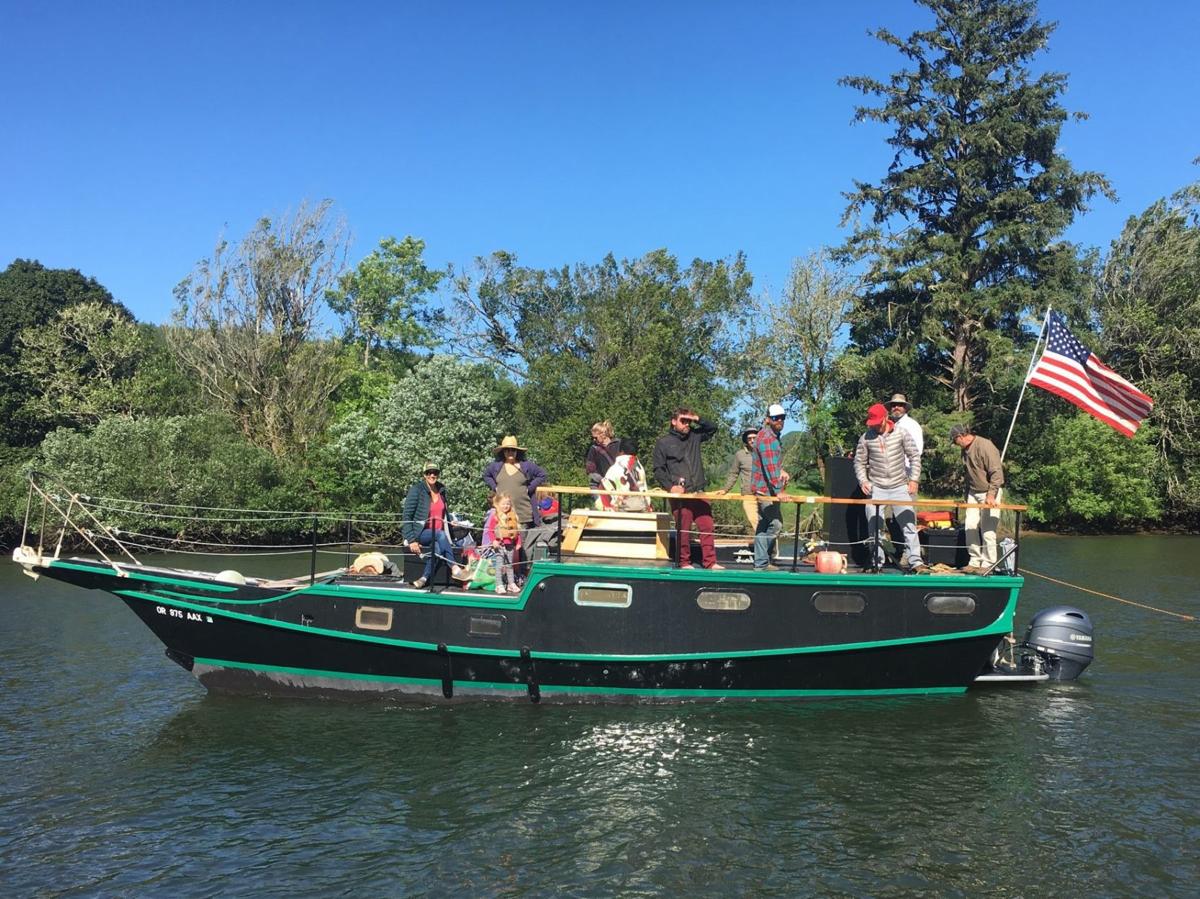 The Fun Sway on a recent cruise up the Coquille River 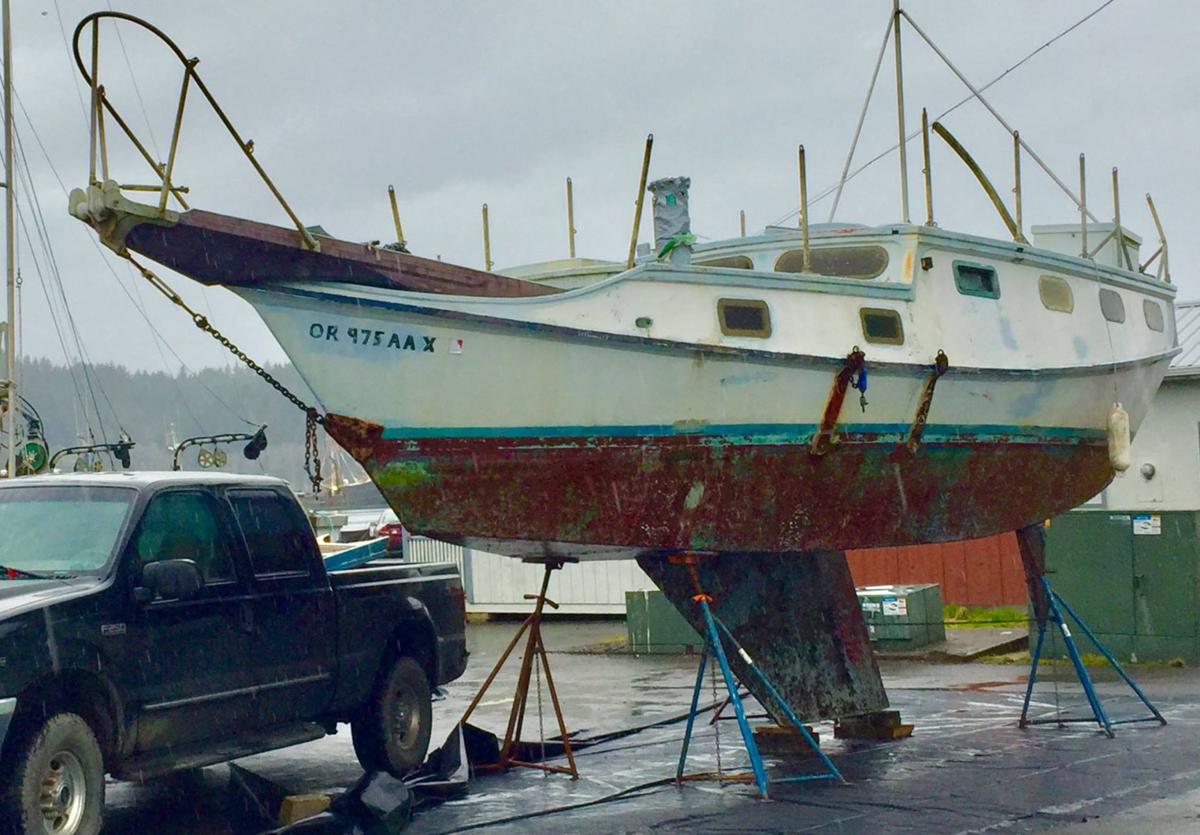 The Fun Sway before repairs. The boat was the last ocean going boat to be built on the Coquille River. 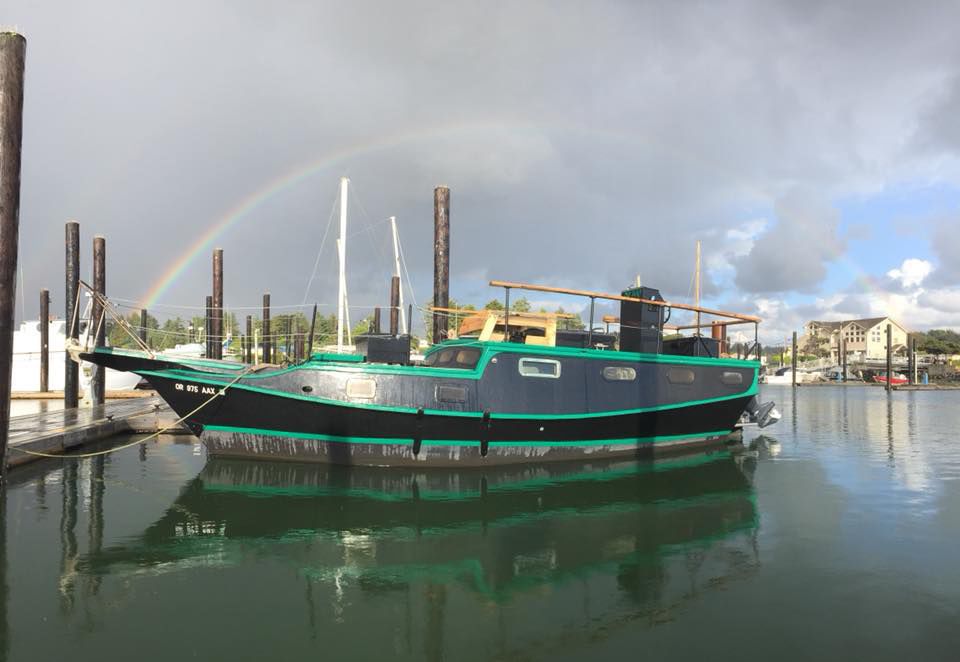 The Fun Sway in the Bandon boat basin.

“There’s nothing - absolutely nothing - half so much worth doing as messing about in boats.” ― Kenneth Grahame, The Wind In The Willows

That's how Brian Kraynik began his journey to river tour captain on a boat with an unhappy past but a hopeful future.

"For 10 years since we've lived on the river, I've wanted to take people on historical tours of the Coquille," Kraynik said.

Historic tours on the Fun Sway

Kraynik grew up around boats in Point Breeze, New York on Lake Ontario. He joined the U.S. Navy right out of high school and served for five years on an aircraft carrier stationed in San Diego. That's where he met his wife Nicole, who grew up in Long Beach.

"I consider myself a coastie, I've always been around boats and the water."

He and Nicole, a teacher in the Bandon School District, have two children, Olivia, 9, and Raleigh, 7. They moved to Bandon in 2004, where Nicole's mother Debbie Griffith was living. They now live along the river near Prosper Village, an unincorporated area just northeast of Bandon with a rich history of shipbuilding, sawmills and canneries.

So it's only natural that Kraynik got involved once again with boats. He is now the owner of the Fun Sway, a 40-foot hybrid Chinese junk rig that he turned into a motor yacht.

While he didn't build the boat, he did save its life.

He reconditioned it from sailing rig to motor yacht after helping the Port of Bandon by removing the derelict boat from the boat basin.

Lane also had big dreams. Once built, he sailed the Fun Sway to Hawaii and back, successfully. Then he sailed it to Baja California. In 2010, Lane packed the rig for a trip around the world.

But before making it to New Zealand, the Fun Sway foundered during a typhoon. Lane limped it back to Bandon, left it moored there and walked away, never to see the boat again. Later, he moved from the area. Meanwhile, the boat sat in the boat basin until the port finally considered it derelict. A man claimed the boat and paid moorage but couldn't insure the vessel. Former Port of Bandon General Manager Gina Dearth wanted the boat out of the boat basin but couldn't get it out of the water without considerable expense.

That's when Kraynik came to the rescue. At request of the Port, he removed the boat from the boat basin. During the process, he became friends with the owner. Eventually, ownership was transferred to Kraynik on Jan. 1 of this year. He moved the Fun Sway to Charleston and, with some boat building experience in his background, began repairing and re-outfitting it into a motor yacht, specifically for six-passenger tours.

At the same time, Kraynik worked toward and earned his U.S. Coast Guard six-passenger license, or Operator of Uninspected Passenger Vessel six-pack. An OUPV license is what most fishing guides in local rivers hold to take people on fishing trips.

It took several months for Kraynik, with a little help from his friends, to complete the renovation. He found insurance with the help of Jesse Sweet of Sweet Insurance. The boat was christened by Nicole with a bottle of champagne on Mother's Day, May 13. Then they had to wait for good weather to move the boat from Charleston to the Coquille River.

Now he's ready to cruise. The boat took its first tour on June 18.

From Old Town Bandon, Kraynik will take customers on leisurely 2.5 hour cruises on the lower Coquille River, heading first toward the Coquille River Lighthouse, then turning and going upriver, through areas of exceptional beauty with glimpses of wildlife. While on the cruise, passengers will learn about the once-thriving commerce that operated along the river. Tours are $60 per person.

"History is a passion of mine, so I'm thrilled to converge my love of boats and history," Kraynik said.

The boat has a bathroom and a spacious cabin, so even if the weather turns, passengers can enjoy the ride. The Fun Sway can't go upriver too far because it can't navigate well in shallow water. But there's still plenty of scenery and history in the lower river. Passengers are encouraged to bring on board their own meal and beverages, from home or purchased at one of the local eateries, and enjoy and imbibe while underway. All members of any local historical society get a 10-percent discount.

Kraynik can even officiate weddings on board. And the Fun Sway is available for a tour on the Fourth of July.

He's considering moving the Fun Sway to the Coos Bay waterfront during the winter months and giving tours there as well.

"My dream is to have an old-timey style passenger boat to go to Coquille," (patterned after old sternwheeler boats but made with an aluminum hull), he said. "I hope what I'm doing grows into something that will make runs to Coquille. But for now I'm just thrilled that I can do this on a historic boat."

For more information and to reserve a spot on the Fun Sway, call Kraynik at 541-999-6575 or visit his Facebook page: FUN SWAY, or book at https://www.southcoasttours.net/. A Fun Sway website is under construction.

Bandon Western World Editor Amy Moss Strong can be reached at 541-269-1222, ext. 305, or by email at amy.moss-strong@theworldlink.com. Follow her on Twitter: @wwbandon.