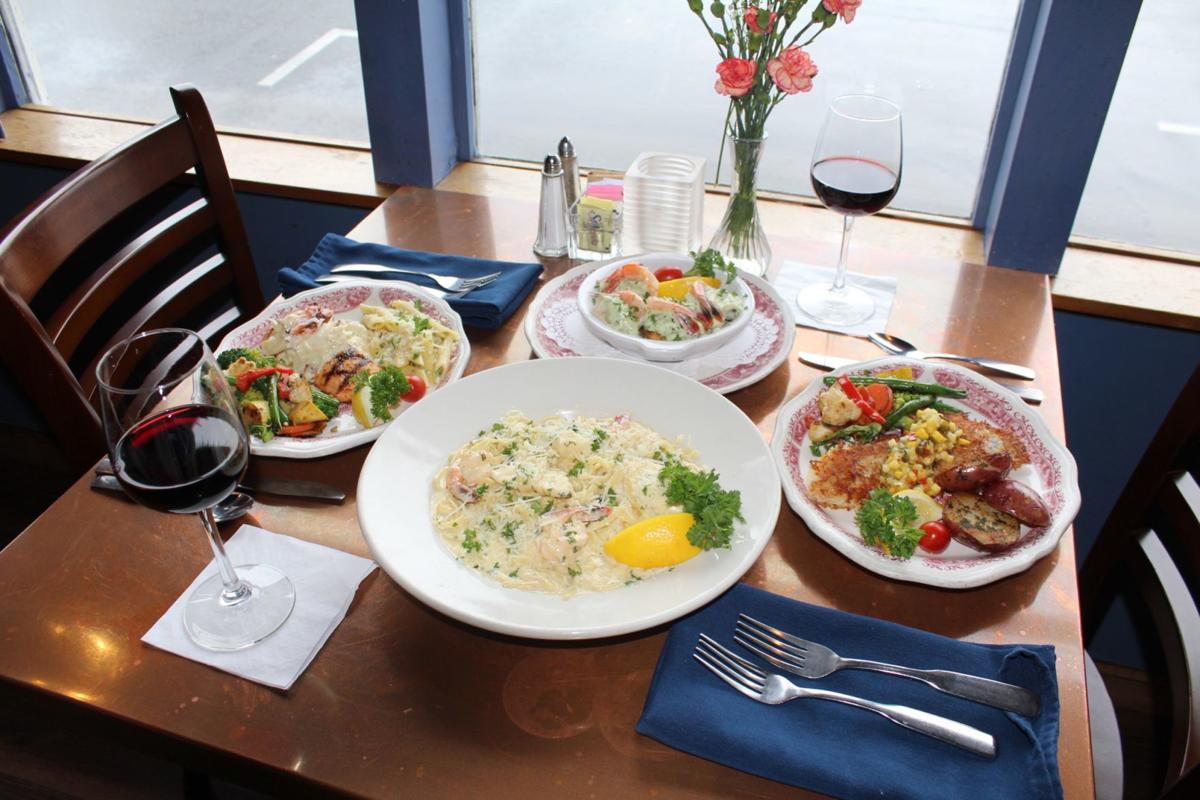 Some of the delicious entrees available at The Wheelhouse Restaurant. 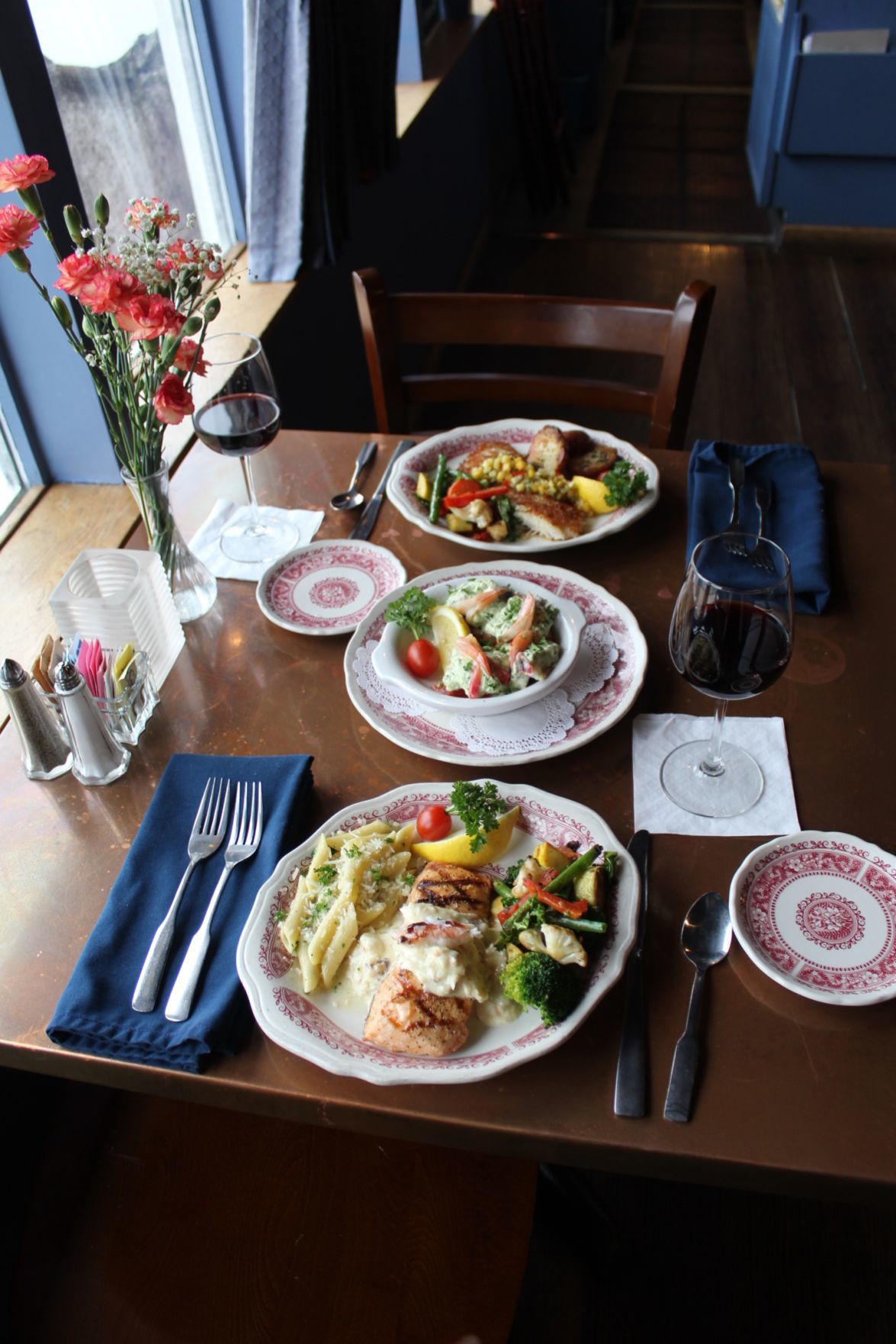 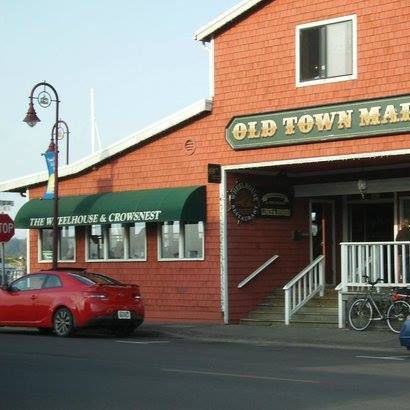 The Wheelhouse Restaurant and Crowsnest Lounge 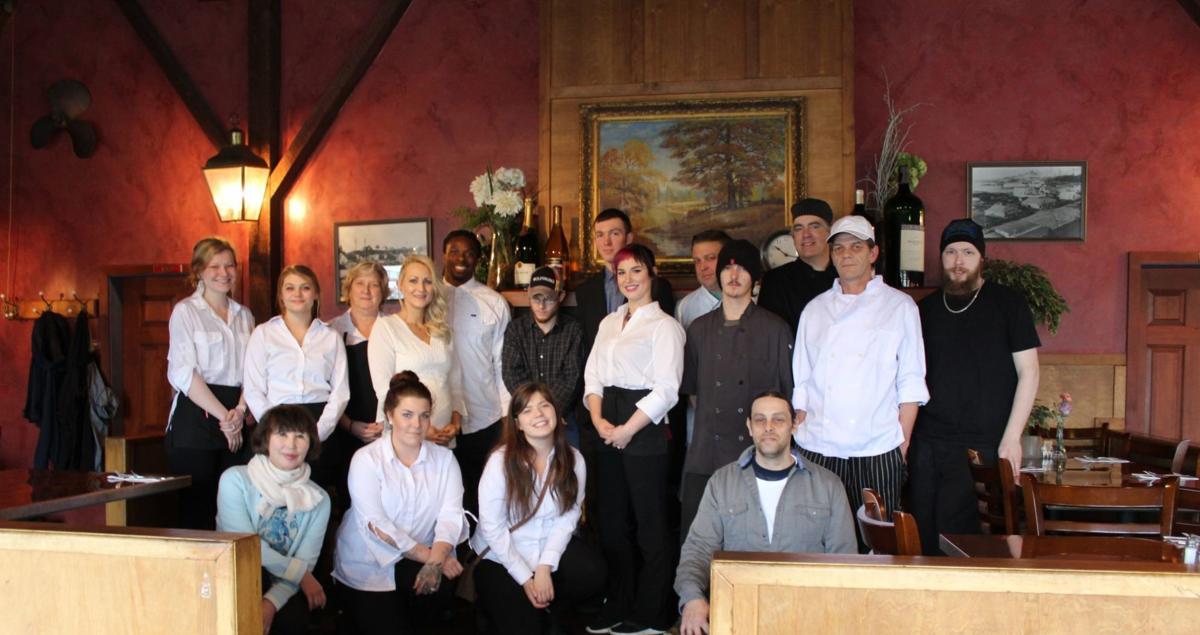 Staff at The Wheelhouse Restaurant (some not pictured). 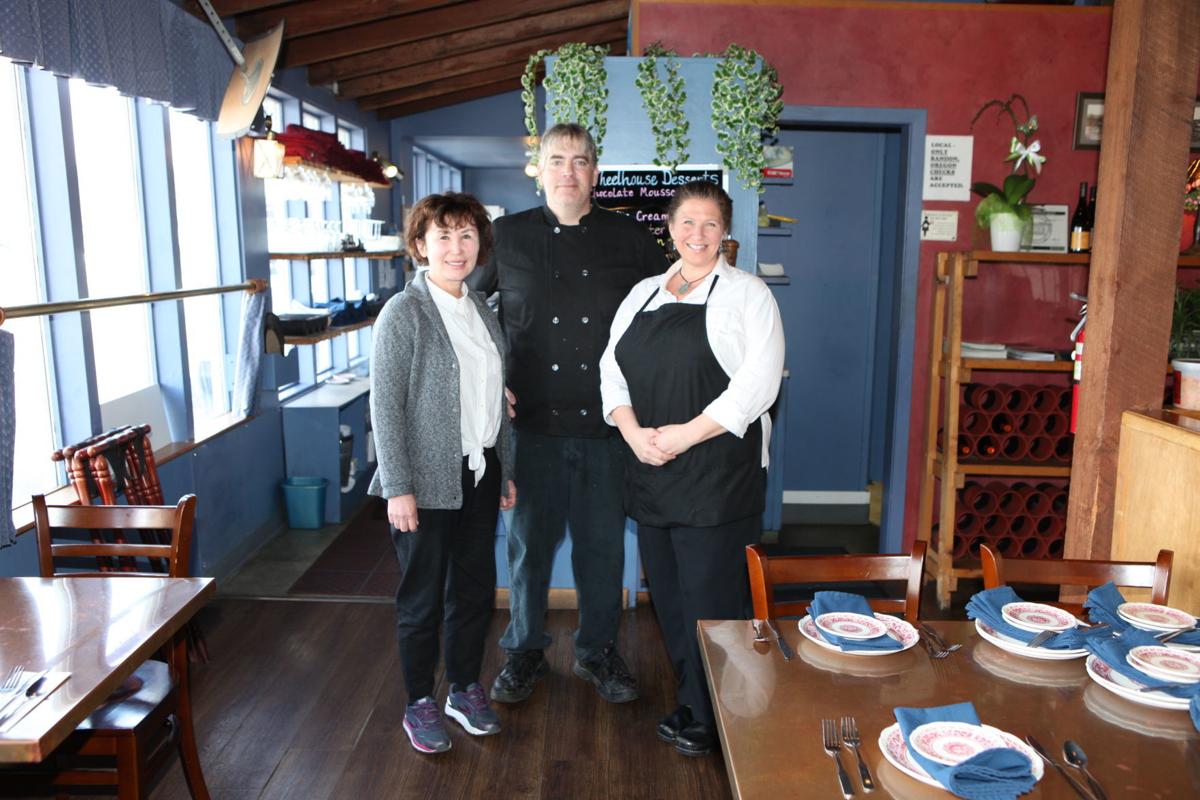 Some of the delicious entrees available at The Wheelhouse Restaurant.

The Wheelhouse Restaurant and Crowsnest Lounge

Staff at The Wheelhouse Restaurant (some not pictured).

BANDON - The Wheelhouse Restaurant and Crowsnest Lounge is a South Coast icon that has been providing fine dining in historic Old Town Bandon for many years. The restaurant has been operating in the current building, built in the 1930s for industrial use, for 30 years, making it the second oldest continually operating restaurant in Bandon, after the Minute Cafe.

Offering some of the best, freshest seafood, fish, Grade A steaks, pasta and vegetarian favorites, as well as a complete premium wine list with an emphasis on Oregon wines, and homemade desserts, The Wheelhouse is a popular location for both residents and visitors. The Crowsnest lounge is also a favorite, offering a full bar and menu upstairs.

Located at 125 Chicago Ave. SE, on First Street in Old Town, the entire restaurant has sweeping views of Bandon's harbor and Coquille River, even the Coquille River Lighthouse.

Last December, longtime owners Gary and Sunny Chang sold the restaurant so they could retire. Suk "Sue" Yong Ko, purchased the restaurant and re-opened on Jan. 19. These past six months have been both busy and successful, said Ko.

Ko, who was born in South Korea and moved to the United States in the early 1970s, and her husband Y.G. Lee, have been coming to Bandon for 20 years, since the Changs moved here in 1997. The couple even bought a home next to the Changs. Ko and Sunny Chang call each other sisters, having known each other since the mid-1970s.

"She's so much more than a sister," Ko said. "When Sunny and Gary moved to Bandon, we would talk all the time and she described the town to me. It sounded so beautiful and one day I came to visit and I couldn't believe how clear and beautiful it was and the beach was so lovely. I told her someday I'd come up here to retire."

The couples soon became avid golfers and Ko and Sunny play together regularly.

"Sunny and I have so much fun," Ko said.

Ko is no stranger to the restaurant business. She owned three restaurants at the same time for 10 years in Santa Cruz county, California, about 10 miles from Santa Cruz. One was a breakfast house, the second was a Mexican restaurant and the third was a Tex Mex restaurant with a full menu and live music on the weekends. She owned that restaurant for 22 years.

"It was such a happy place for people to come and enjoy a family friendly setting with live music," Ko said.

The music element of the restaurant was a huge draw, she added. Musical groups included many different genres, such as folk, classical, Asian, pop, rock, jazz, even tributes, like one to Michael Jackson, and some big names, like Kenny Loggins and Janis Ian. Neil and Peggy Young were regulars customers and also offered their music at the venue.

Ko sold the business 18 years ago, but still has fond memories.

When she decided to purchase The Wheelhouse, she thought she could bring that musical aspect to her new restaurant. To that end, she plans to arrange performers and concerts that will take place in the Crowsnest, and hopes to offer regular live music a few months out of the year.

"I have a great passion for the restaurant business," Ko said. "I love to create delicious food and provide a warm and inviting atmosphere."

Ko decided not to change the menu much when she took over, so the basic menu is the same as it's been under the Chang's ownership, with everything made with fresh, locally sourced ingredients, so customers can still find their favorites.

She has added a few new items, including a bento box on weekends that includes fresh teriyaki salmon, tempura, rice, a California roll and a salad or kimchi, which she makes herself. The menu also includes regular specials that Ko describes as Korean fusion and comfort food, such as Ko's homemade cranberry bread - a crusty yeast bread with tangy cranberries - and corned beef, ribs and gumbo.

She's happy to work with Chef Tom, who's been with the restaurant for 20 years.

"He's such a pleasure to work with and a wonderful chef," Ko said.

When Ko purchased the restaurant and building, she had grand plans to open a sushi bar in the space that was occupied by the By-the-Sea Studio and Gallery just across from the restaurant in the spacious building. The gallery moved to a new location just down the street, but Ko has been so busy running the restaurant that she hasn't had time to get the sushi bar up and running.

"We still have plans to do that, but it will take some time," she said.

She'd also like to use one of the other vacant spaces in the building to set up a banquet room.

So far, Ko is loving her new venture as well as living in Bandon.

"Everywhere I go, I run into such wonderful people," Ko said. "Everyone is so down to earth."

The Wheelhouse Restaurant is open from 11:30 a.m. to 9 p.m. daily. For reservations or more information, call 541-347-9331. The restaurant's menu is available at bandonwheelhousecrowsnest.com.

Bandon Western World Editor Amy Moss Strong can be reached at 541-269-1222, ext. 305, or by email at amy.moss-strong@theworldlink.com. Follow her on Twitter: @wwbandon.