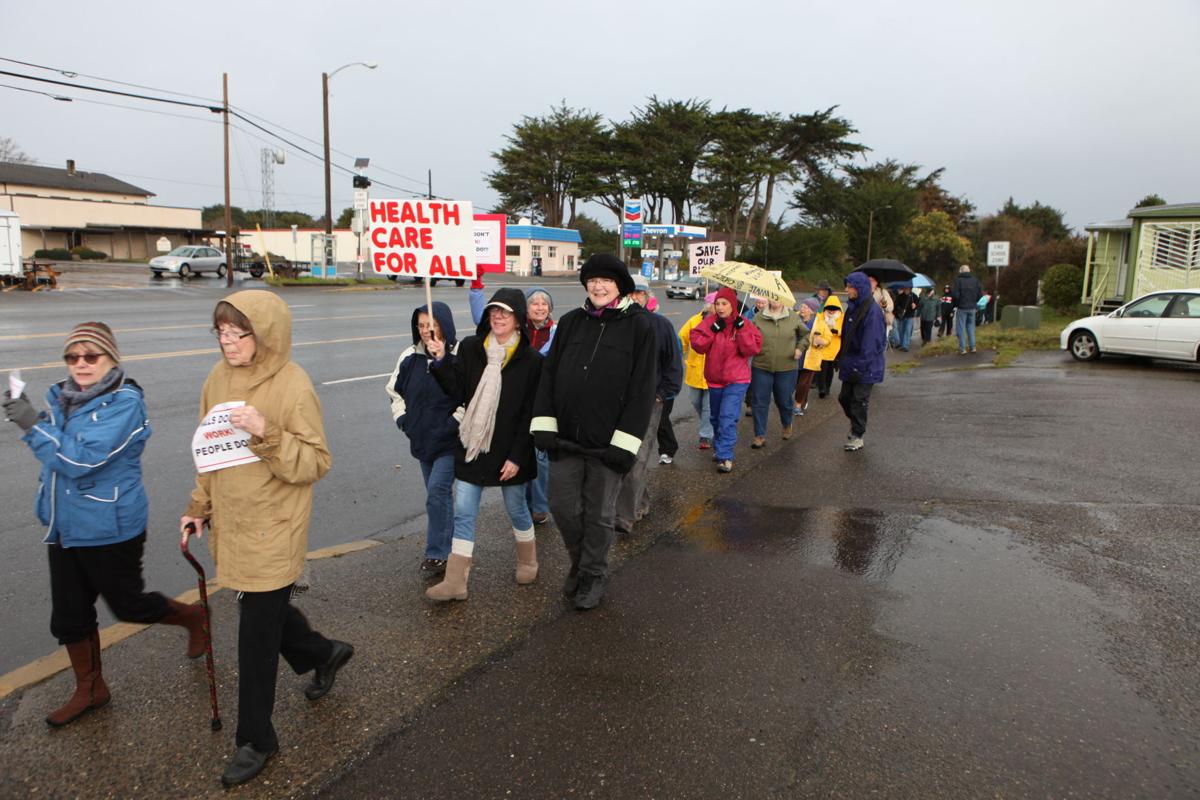 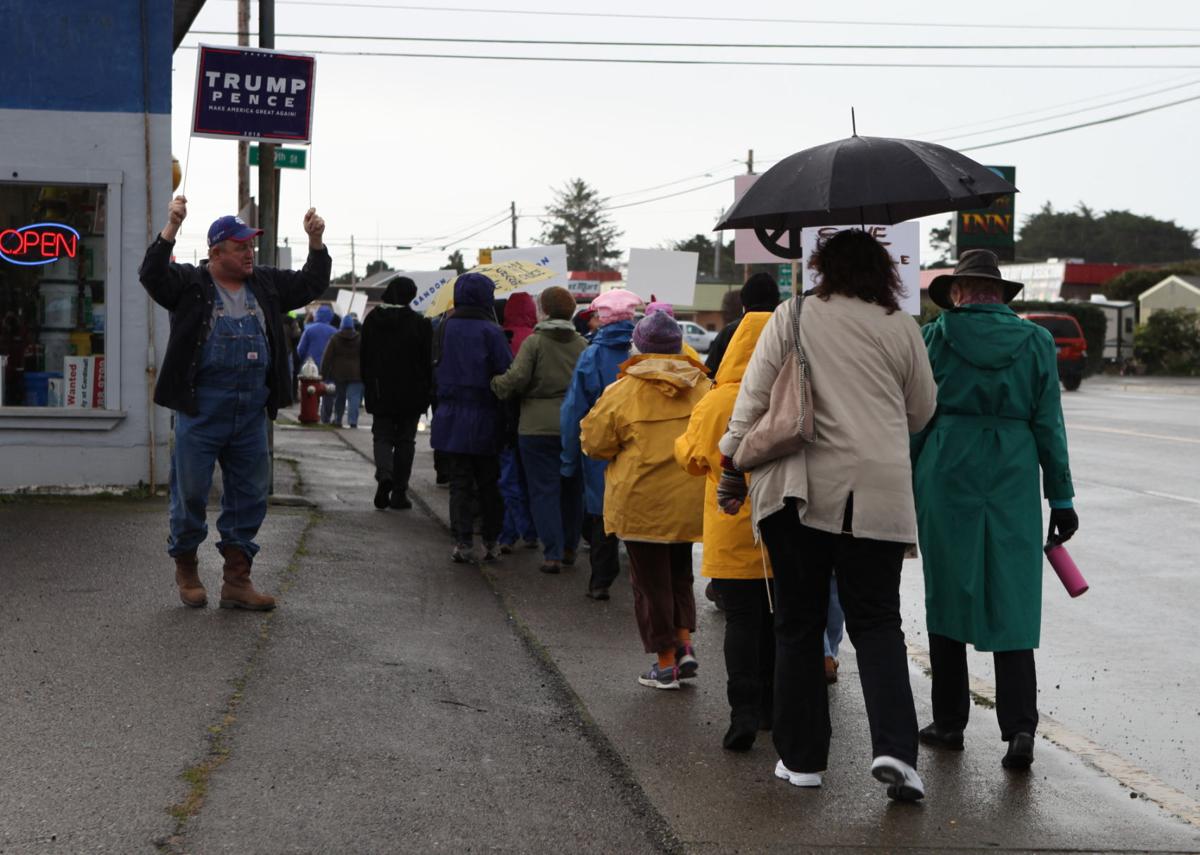 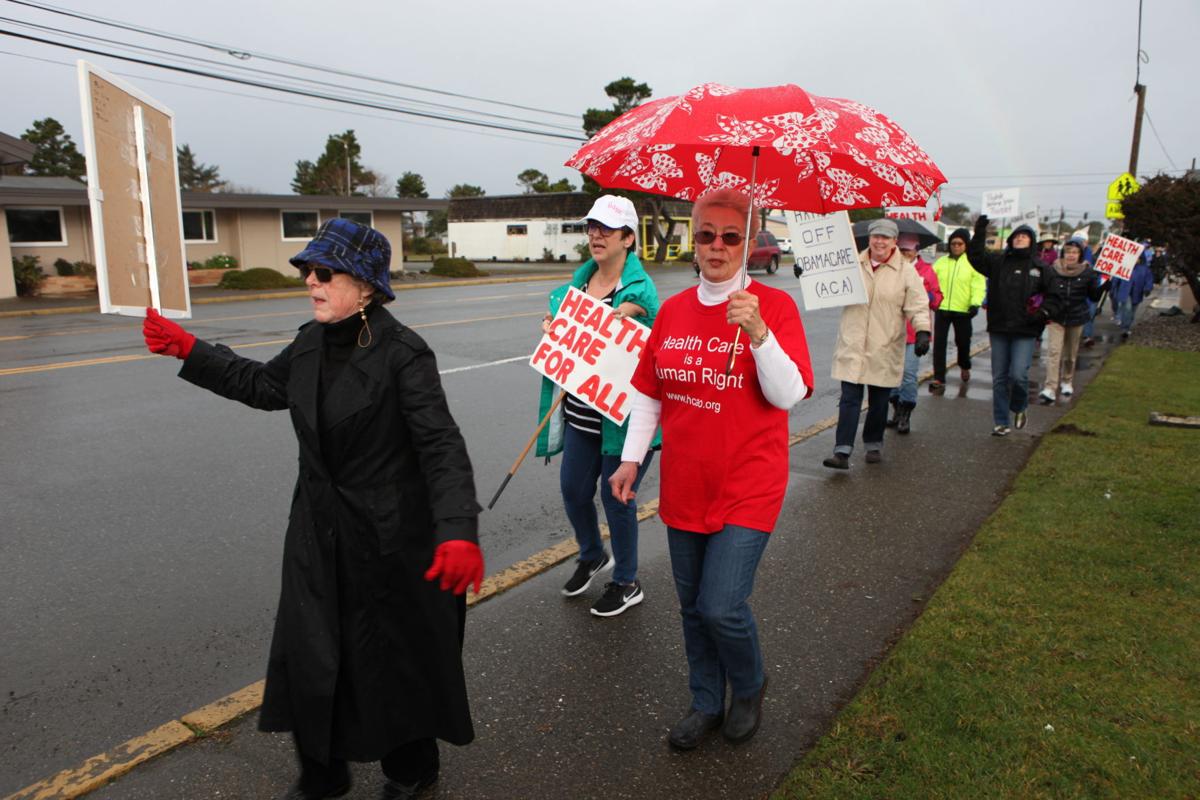 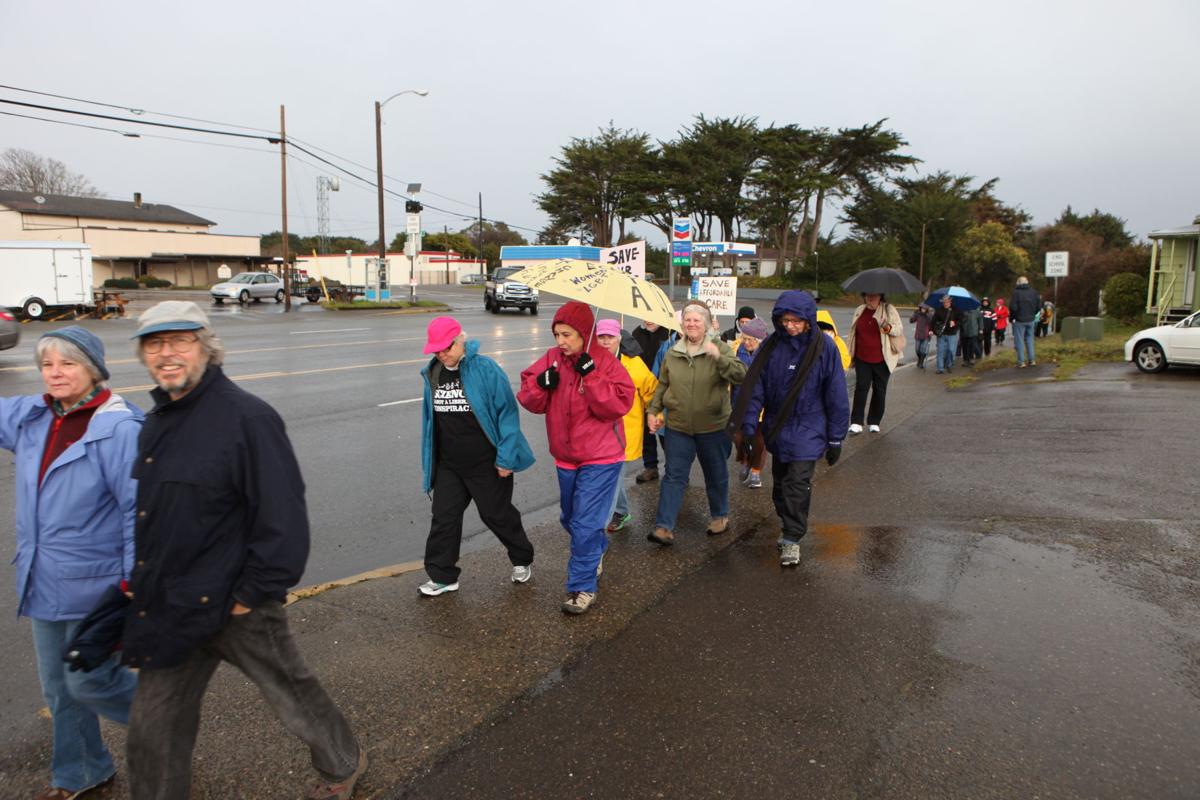 Bandon residents walk from City Hall, down U.S. Highway 101 and and back Friday morning in a rally during President Trumps inauguration. 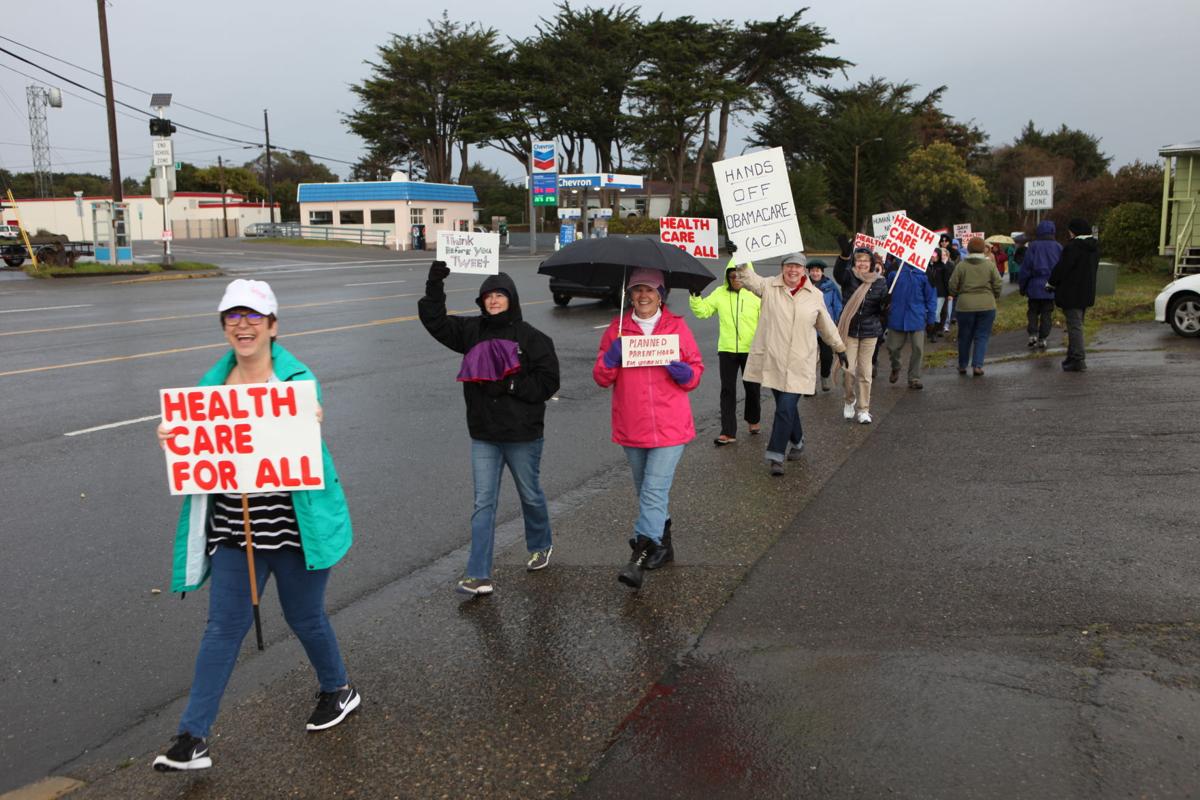 Bandon residents walk from City Hall, down U.S. Highway 101 and and back Friday morning in a rally during President Trumps inauguration.

BANDON -- More than 65 Bandon residents participated in a "Resolution Walk" Friday morning, starting from Bandon City Hall, continuing on the sidewalk south on U.S. Highway 101 to the 76 gas station, crossing the highway and heading back to City Hall.

Although the rallies held in cities across the nation were on Saturday, Bandon's group held the rally Friday morning. Several of those who participated Friday went to Coos Bay, Port Orford, Eugene or Portland to attend rallies there on Saturday.

The rally was held at the same time as President Donald Trump's inauguration Friday morning. Some participants said they were there to protest the new president, while others said they were not protesting, but rather standing up for the "rights and privileges we've established through our governmental process."

One person along the route, Bandon resident Dutch Hausler, held up a Trump/Pence sign by Napa Auto Parts and chanted "support Donald Trump" and "I support my President" in a good-natured way to the walkers.

The rally was peaceful and even joyful at times. Hausler said several people shook his hand.

"I have to say all the marchers were very nice to me," Hausler said in a Facebook comment after photos of the event were posted. "Shook lots of hands. Everyone was nice. Hope everybody has a great day on this special day. The start of a great four years! Peace."

Some signs said "Health Care for All!" while others said things such as "Hands off my Social Security," "Save Affordable Care," "Save Our Rights" and "Hands Off Obamacare!"

"It was exactly what Dutch was expressing -- freedom of speech," DeSalvatore said.

"It was an intelligent, peaceful, thought provoking and unifying event," DeSalvatore added. "I was very proud to be a participant."

"I am thankful to live in America, because we have the right to peaceful protest and the ability to believe in Women's Rights," said Laurea Arnoldt, also on a Facebook comment.

While many of the walkers were older women, there were also men and some younger women. Some posted that they would have been there if they hadn't had to work.

All in all, it was a successful event, participants said.

"We're standing for good things, for the right things we already have and (to say) that all people are equal," said Jane Schepmoes as she was walking. "We are not protesting."

Mary Kemp said she liked that organizers named it a "Resolution Walk."

"We are definitely not here to protest," said Tari Rice. "It's a show of solidarity to retain the rights and privileges we've already established through our governmental process."

"I'm here so I don't have to watch TV," joked Ann King. "We're resolving to protest the unpleasant atmosphere in Washington."

John Towne was there with his wife Peggi. He said it was the first protest Peggi had been involved in since the Vietnam era and his first protest ever.

"We want Bandon to be inclusive for everyone," Towne said. "That's why I told the guy with the Trump sign congratulations."

Saturday, hundreds of people rallied in both Coos Bay and Port Orford, all reportedly peaceful.