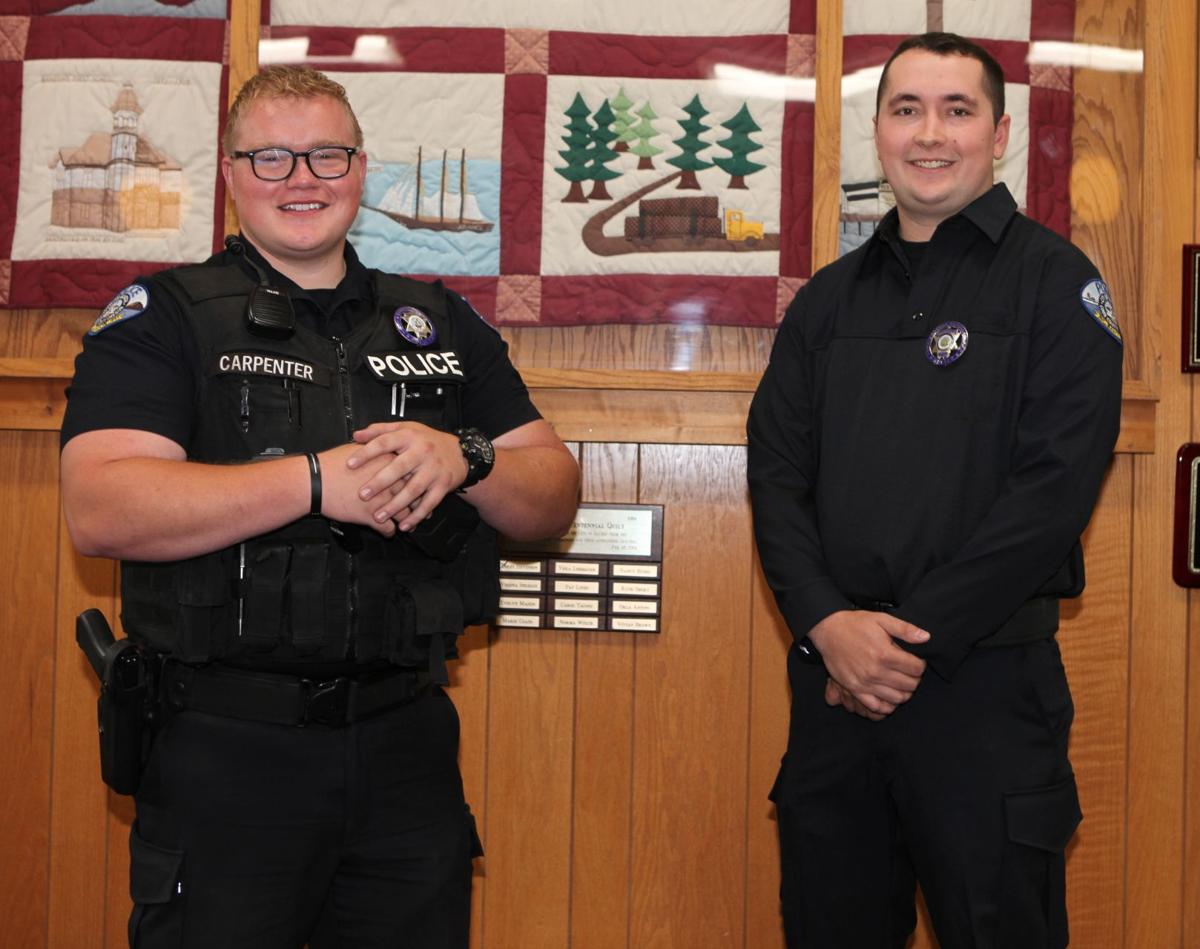 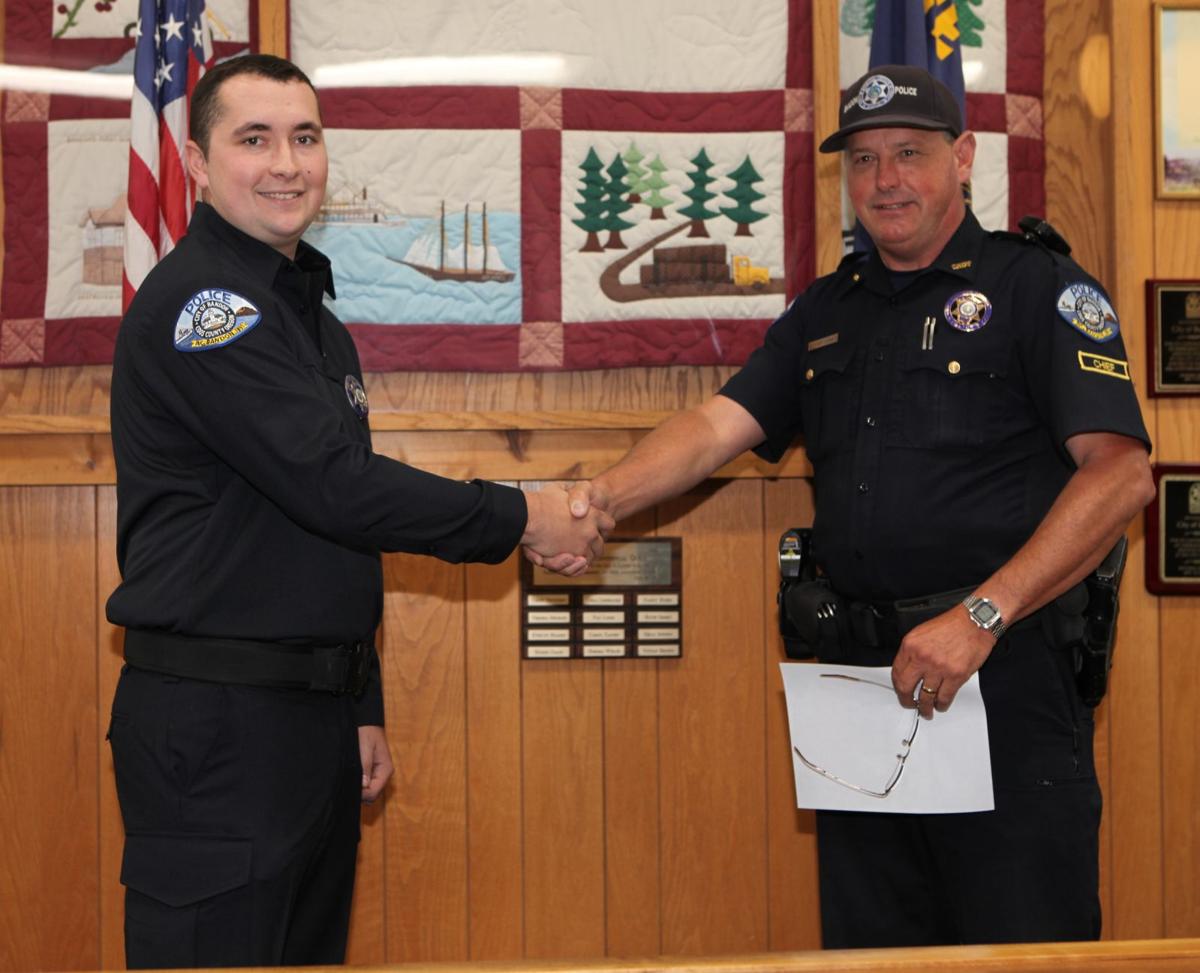 Bandon Police Chief shakes new officer Nolan Scoville's hand after swearing him in to the department. 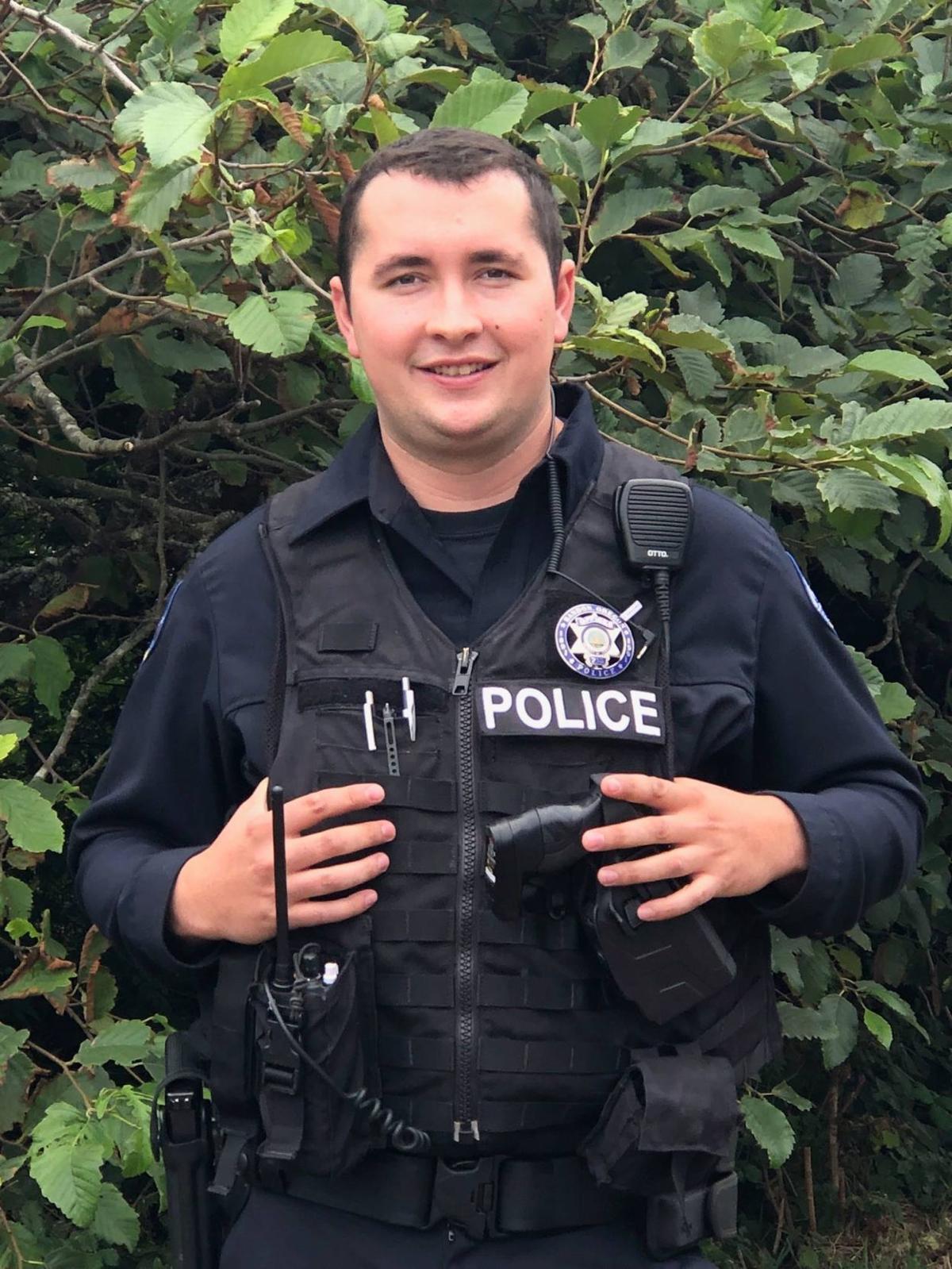 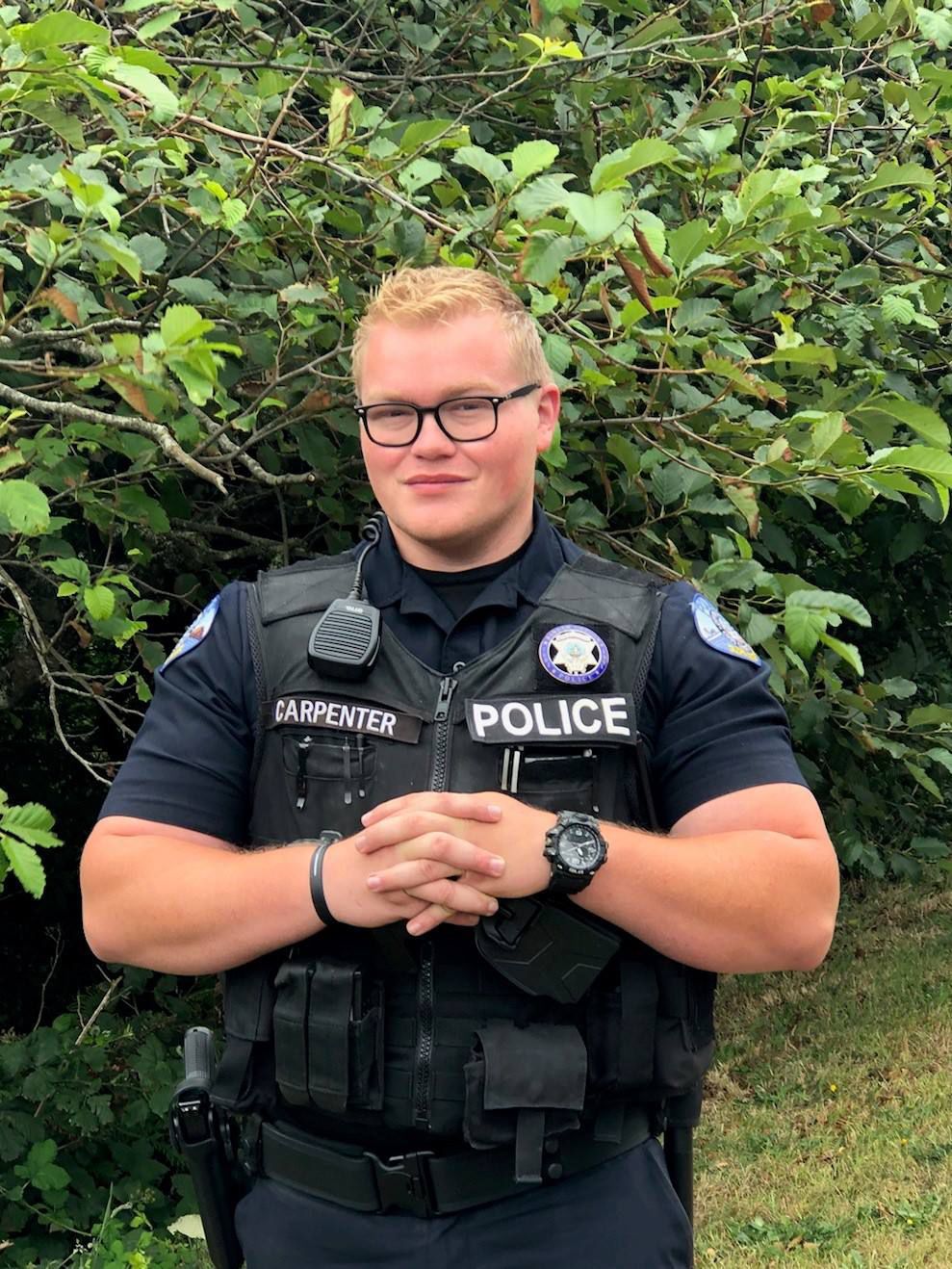 Bandon Police Chief shakes new officer Nolan Scoville's hand after swearing him in to the department.

BANDON - Two new officers have joined the Bandon Police Department, bringing the department once again to a fully staffed force of six.

Officer Zack Carpenter was sworn in by Chief Bob Webb on April 27 at City Hall and Officer Nolan Scoville was sworn in on Aug. 13, with family in attendance.

Carpenter, 24, grew up in John Day in Eastern Oregon and graduated from Grant-Union High School. John Day has a population of about 1,700 and one stop light.

Carpenter was always interested in law enforcement. His father, Jim Carpenter, is the district attorney in Grant County. His mother is a journalist for a newspaper in John Day, starting 13 years ago as a proofreader and working her way up to a reporter. He is the oldest of four brothers and is single.

Carpenter started doing ride-alongs with the local police department when he was still in high school.

"Law enforcement has always been present in my life," Carpenter said.

After high school, Carpenter attended Brigham Young University in Idaho and earned an Associate's Degree in general studies. While attending BYU, he worked for campus security, hoping it would be a stepping stone to a career in law enforcement. He also worked at the Grant County Jail during his summers, then again as a corrections officer after he graduated for a year before coming to Bandon. During that time, he also worked as a reserve police officer for the John Day Police Department.

In fact, the police chief in John Day, Richard Gray, had his start in the Bandon and when he heard there was a job opening here, referred Carpenter to the position.

His policing style is community oriented.

"I feel the job is just as much serving as protecting," Carpenter said. "We're far more involved with the community in small cities."

"I love Bandon, it's very quaint and pretty and the community is very welcoming," he added. "I like the small town vibe and openness and being this close to the ocean is a new experience that is enjoyable."

Ever since he was a boy, Scoville wanted to be a police officer.

After high school, Scoville moved to Minnesota, where he worked for a renewable energy company, building roads. After six months, the company laid all its employees off and Scoville returned home. He began the welding program at Southwestern Oregon Community College and started doing ride-alongs with his father and other officers.

He applied to the Bandon Police Department a year ago, and was given a conditional offer, but didn't pass the written test. So he has studied hard this past year to pass the test and got himself into top physical shape. This time, he placed third out of 17 applicants on the written test and passed the physical test again as well.

"I fell in love with policing, so when Chief Webb gave me the opportunity for this job, I jumped at it," he said.

Scoville's entire family lives in Coos County and his girlfriend will teach math at North Bend Middle School this fall.

His philosophy of policing is to "treat people accordingly and make good impressions."

"I love to see proactive policing work where you see officers doing community policing, especially with kids so you teach them that the cops aren't the bad guys like they see in the news," Scoville said.

"I'm excited to be here. I've been looking forward to this day for quite a while," he added.

Both officers will attend the police academy in Salem, with Carpenter going first, followed by Scoville after Carpenter completes his course work and training.

"I'm happy to have both of them on board," Webb said.